Conor McCloskey bagged a last gasp winner for Glenavon as they edged to victory over Crusaders at Seaview.
Both sides had chances during a scoreless first half. The Crues threatened when Paul Heatley got on the end of a Jordan Owens flick only for Andrew Doyle to make a timely tackle while a Jordan Forsythe free-kick that looked destined for the top corner was kept out by Craig Hyland.
For Glenavon Daniel Purkis perhaps came closest when the ball dropped well for him but he will be disappointed with his finish.
Crusaders were reduced to ten men very early in the second half when Aidan Wilson was booked for a tackle on Purkis, his second caution of the game.
Unfortunately it continued to be a game of few opportunities at either end, although Gareth McCaffrey did come close for Glenavon on 72 minutes with a looping header over from Andy Hall's cross.
All the drama was reserved for the final few moments.
On 89 minutes McCloskey grabbed what proved to be the winner with a superb 20-yard curling drive which flew past Jonny Tuffey in off an upright.
Then, deep into stoppage time, Chris Hegarty almost levelled for the Crues only to see his point blank header excellently tipped over by keeper Hyland.
Crusaders: Tuffey, Burns, Hegarty, Wilson, Weir, Lowry, Forsythe, O'Rourke, Owens, Heatley, McGinley subs Shields (not used), Kennedy (replaced McGinley 85), McGonigle (not used), Cushley (not used), Caddell (replaced Weir 75), Lecky (replaced Owens 77), Larmour (not used)
Glenavon: Hyland, Coates, A. Doyle, Purkis, Campbell, Hall, Fitzpatrick, McCloskey, Singleton, Garrett, Ward subs Byrne (not used), Harmon (not used), O'Mahony (replaced Campbell 80), Douglas (not used), J. Doyle (replaced Fitzpatrick 75), McCaffrey (replaced Purkis 61), McNulty (not used) 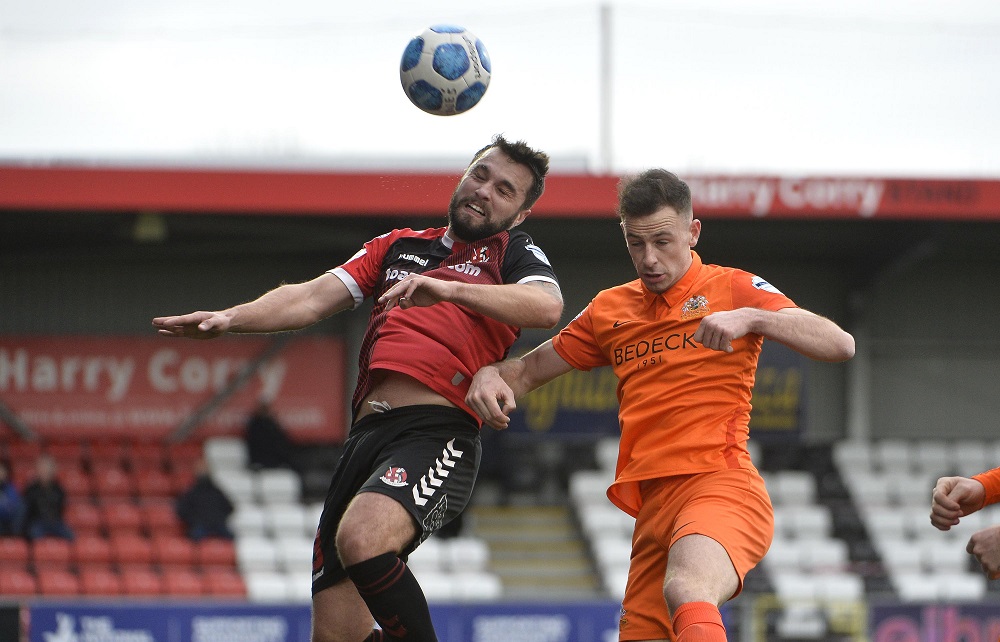 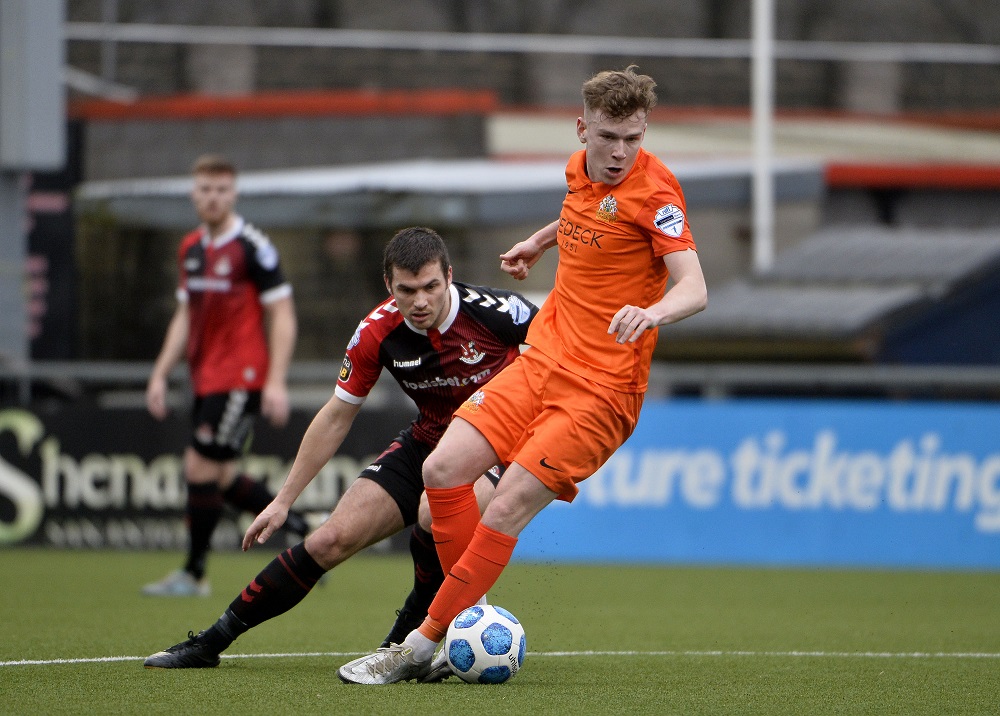 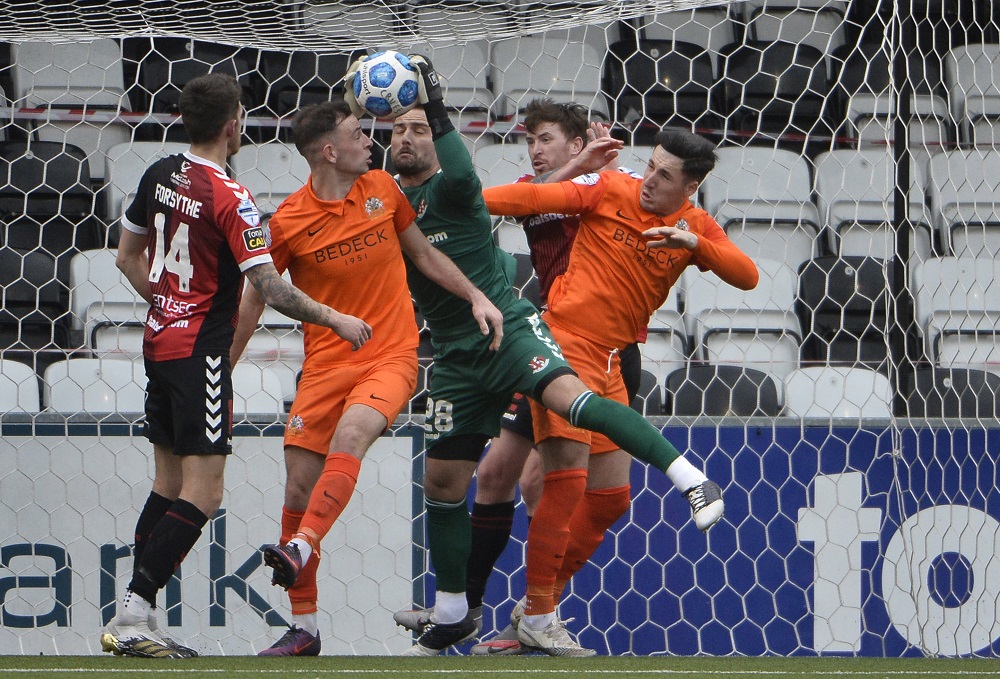 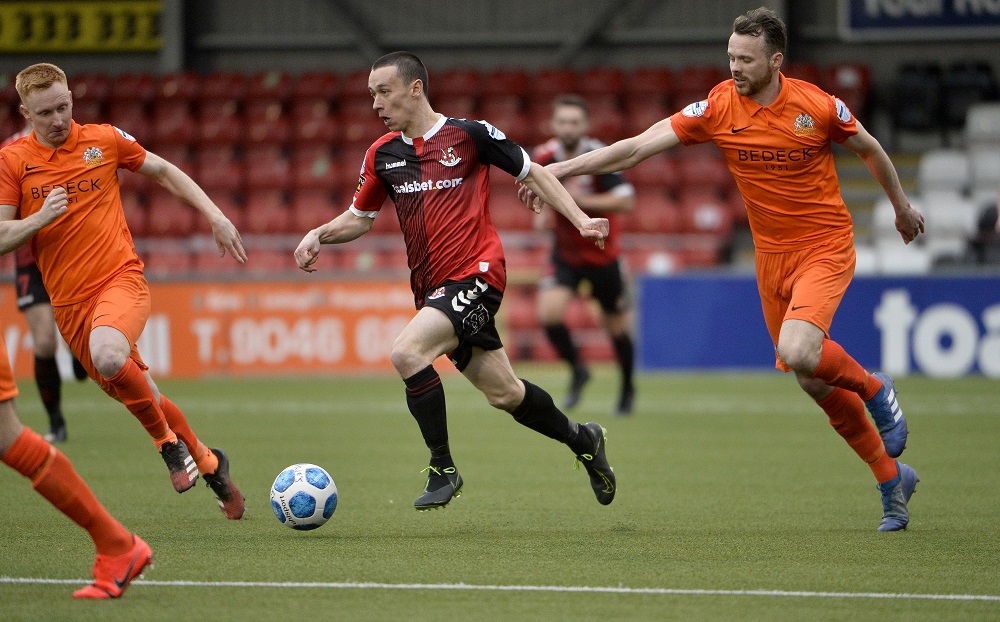 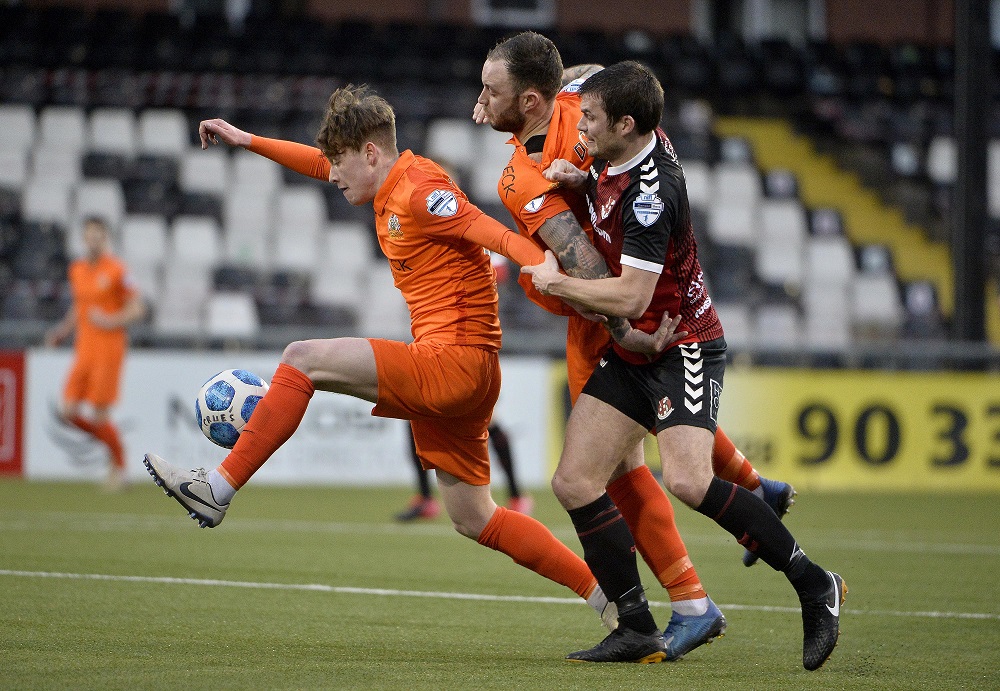 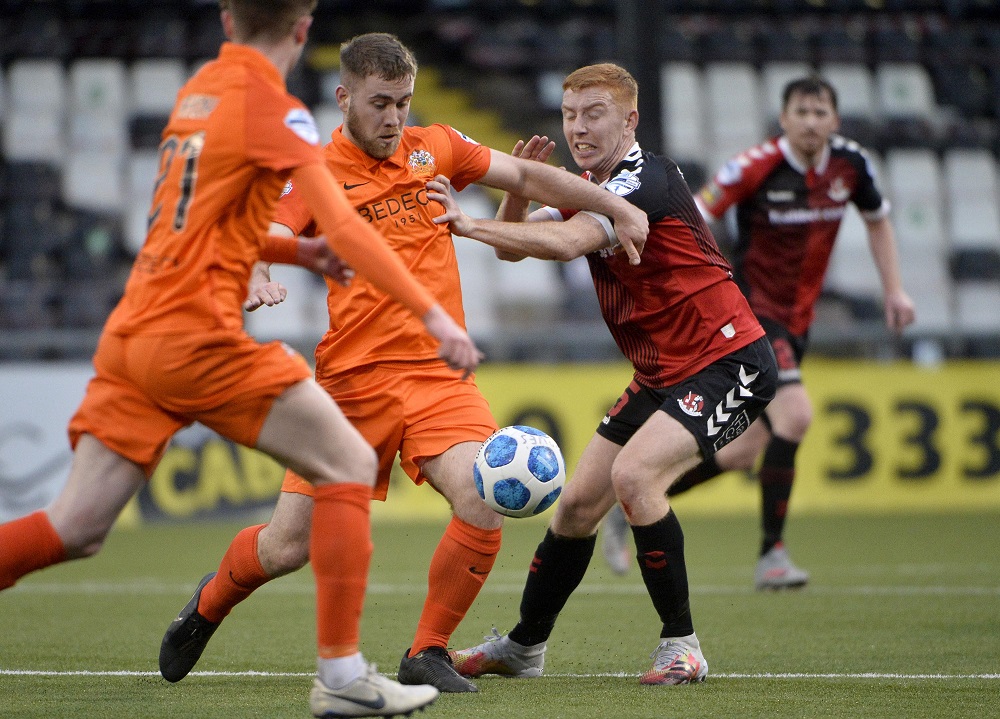