Glentoran defeated Linfield for the second time in seven days to stretch their current winning streak to five straight games.
The Glens got off to a great start, going in front as early as the ninth minute when Conor McMenamin crossed from the left for Jay Donnelly to knock the ball home unmarked at the far post.
It might have been 2-0 just a couple of minutes later but Chris Johns did well to deny Hrvoje Plum following some poor defending.
But Glentoran did double their advantage just after the half-hour mark after Johns fumbled the ball on the edge of the box into the path of McMenamin who made no mistake to bag his third goal in five outings.
However, Linfield pulled one back in first half stoppage time through Stephen Fallon after he pounced on the rebound from Kirk Millar's free-kick.
Glentoran restored their two goal advantage just after the hour, Rhys Marshall finished into the bottom corner at the second attempt after his initial effort was saved by Johns.
Shayne Lavery might have reduced the deficit on 77 minutes after cutting inside the box but he could only send his shot narrowly wide of the upright.
Glentoran: Coleing, Kane, McCullough, Gallagher, R. Donnelly, McClean, McMenamin, Marron, Plum, Marshall, J. Donnelly subs Bigirimana (not used), McDonagh (replaced J. Donnelly 81), Gorman (not used), Stewart (replaced R. Donnelly 88), Brown (not used), O'Connor (not used), Crowe (not used)
Linfield: Johns, Haughey, Callacher, Millar, Lavery, Clarke, McClean, Fallon, Mulgrew, Pepper, Cooper subs Moore (not used), Larkin (replaced Haughey 46), Waterworth (replaced Millar 69), Stewart (replaced McClean 69), Nasseri (not used), Quinn (not used), Palmer (not used) 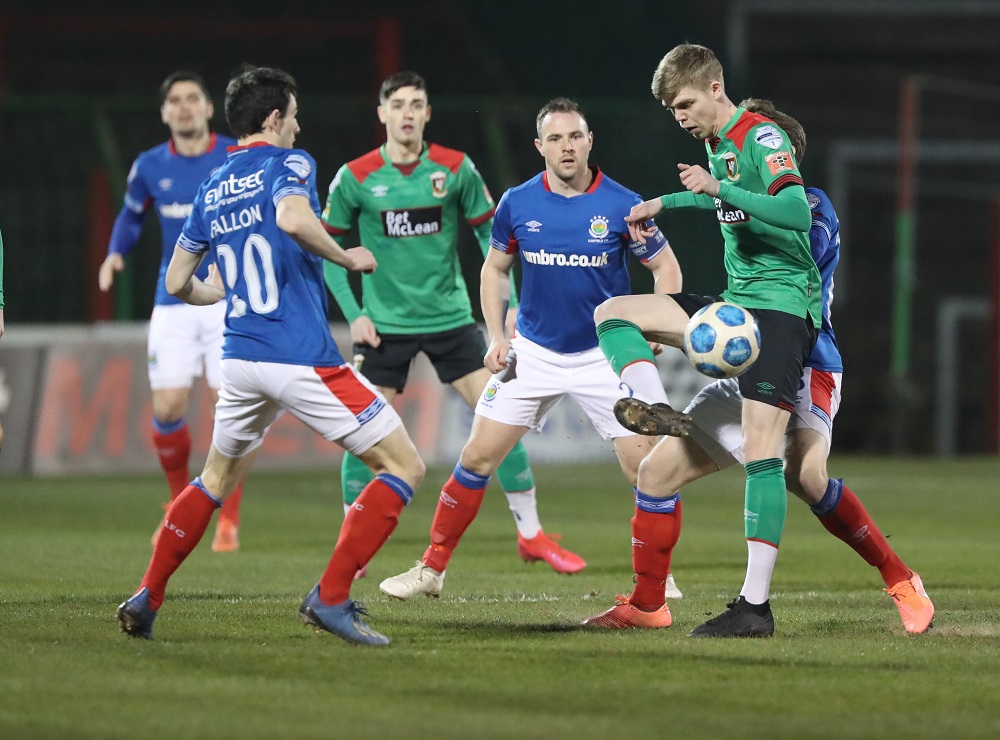 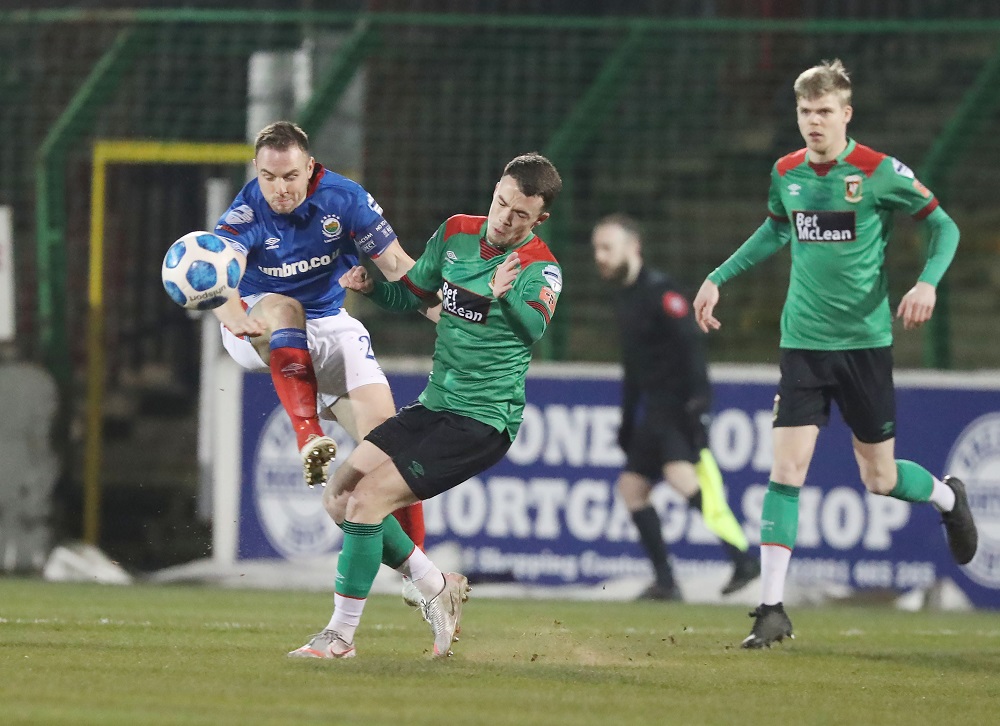 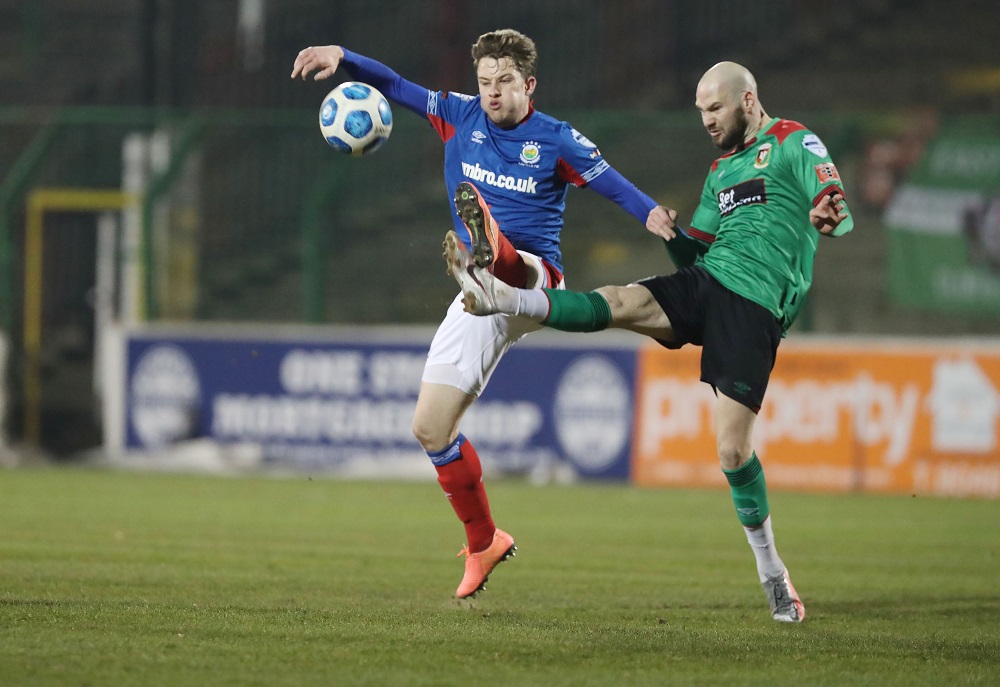 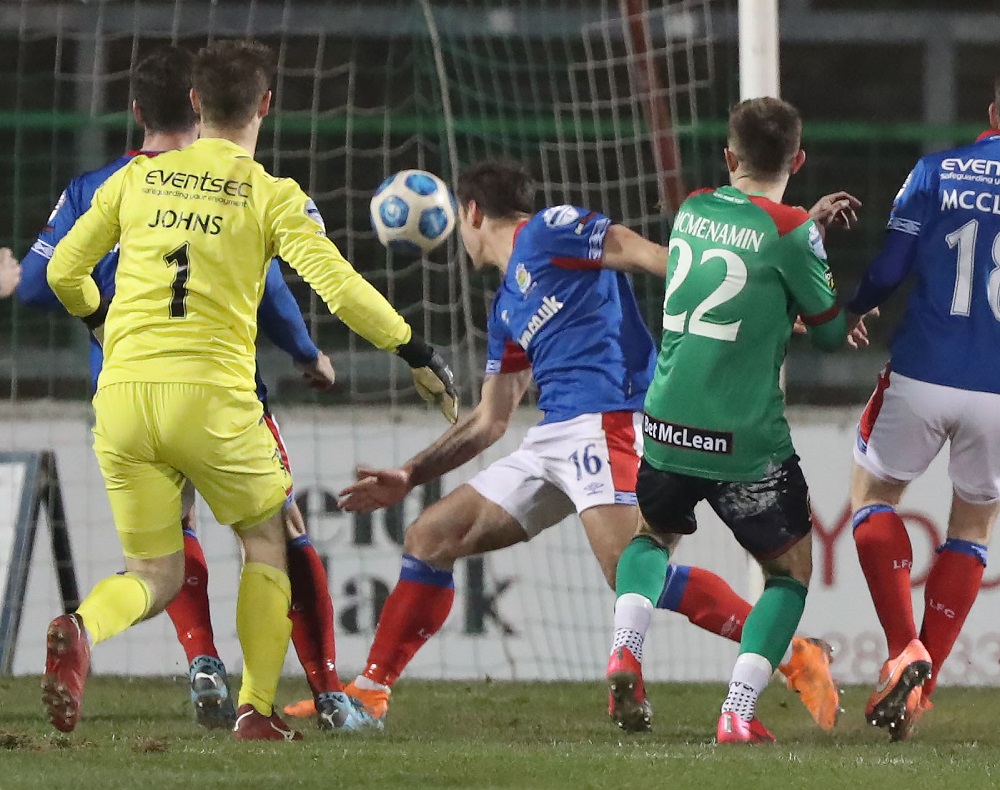 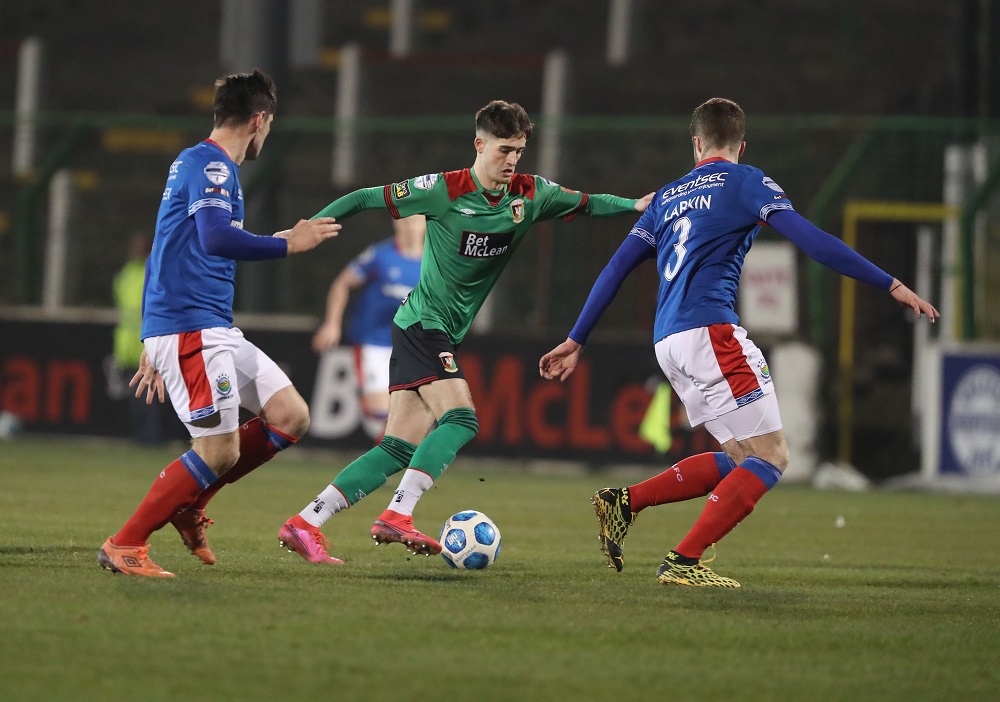 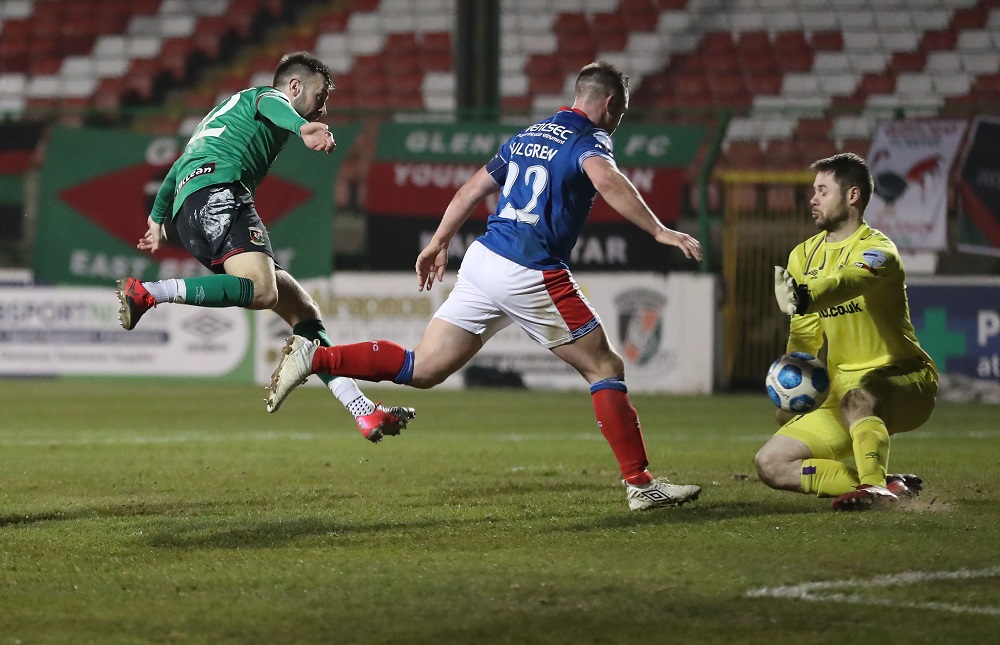