Glentoran produced a five star performance to sweep to victory over Carrick Rangers at the Loughshore Hotel Arena.
Despite how the game turned out it was Carrick that created the early running, coming close to scoring on seven minutes when Caolan Loughran's free-kick rattled through the box before being kept out by a low save from Dayle Coleing.
However, the Glens moved in front just four minutes after that. Jay Donnelly controlled a Ciaran O'Connor cross to work his way past a couple of players inside the box and send a left-foot shot past Aaron Hogg.
Donnelly then doubled his tally three minutes later after getting on the end of a Dale Gorman long ball forward to go past Hogg and slot into the empty net.
Glentoran's third arrived on 17 minutes when Reece Glendinning unluckily turned the ball into his own net after Caolan Marron had sent a cross in from the right.
It was 4-0 just before the half-hour mark. On this occasion it was Conor McMenamin's turn to get his name on the scoresheet courtesy of a looping header over Hogg from a Rory Donnelly flick.
Then, towards the end of the first half, the roles were reversed when McMenamin found Donnelly who duly finished with a low right-foot drive into the bottom corner.
As might have been expected the goals dried up after the break although the Glens didn't rest of their laurels and came close those substitute Cameron Stewart when he forced Hogg into pushing his header past an upright.
Other efforts came from Dale Gorman and Stewart again but, in the end, it wasn't going to change what proved to be a comprehensive victory for Mick McDermott's men.
Carrick Rangers: Hogg, Loughran, Chapman, Kelly, Smith, Glendinning, Gibson, Anderson, Jenkins, Ramsey, Friel subs McKinty (not used), Neale (replaced Smith 54), McKenna (not used), Cherry (not used), Millar (replaced Jenkins 66), McMullan (not used), Storey (replaced Anderson 52)
Glentoran: Coleing, Kane, McCullough, Bigirimana, Gorman, R. Donnelly, McClean, O'Connor, McMenamin, Marron, J. Donnelly subs McDonagh (replaced J. Donnelly 37), Stewart (replaced McMenamin 52), Clucas (not used), Brown (not used), Crowe (replaced R. Donnelly 68), Plum (not used), Marshall (not used) 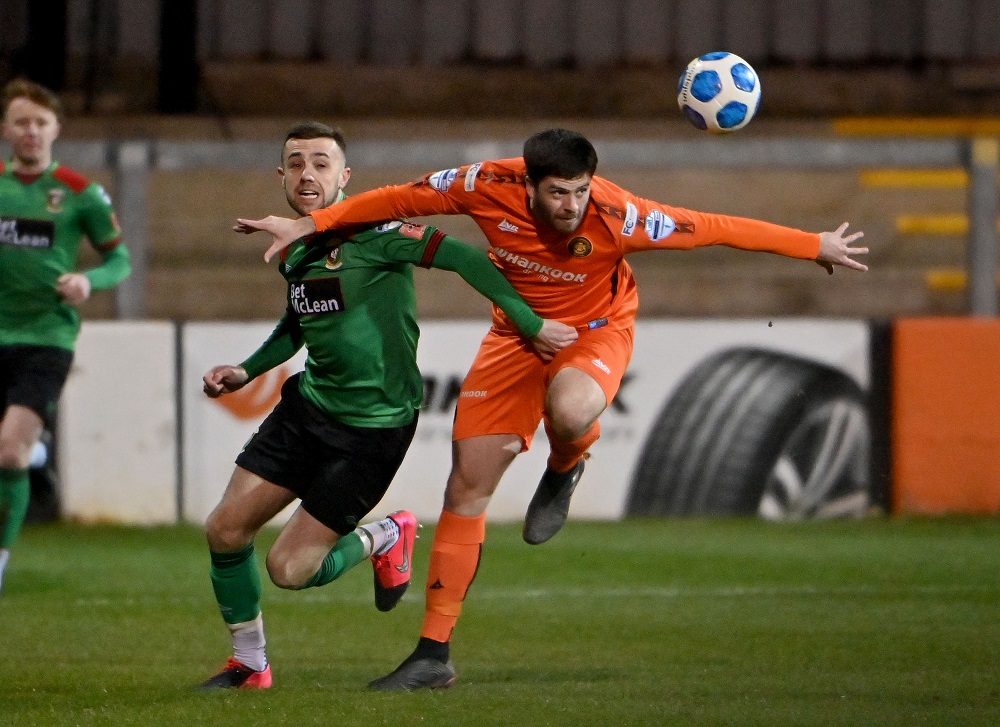 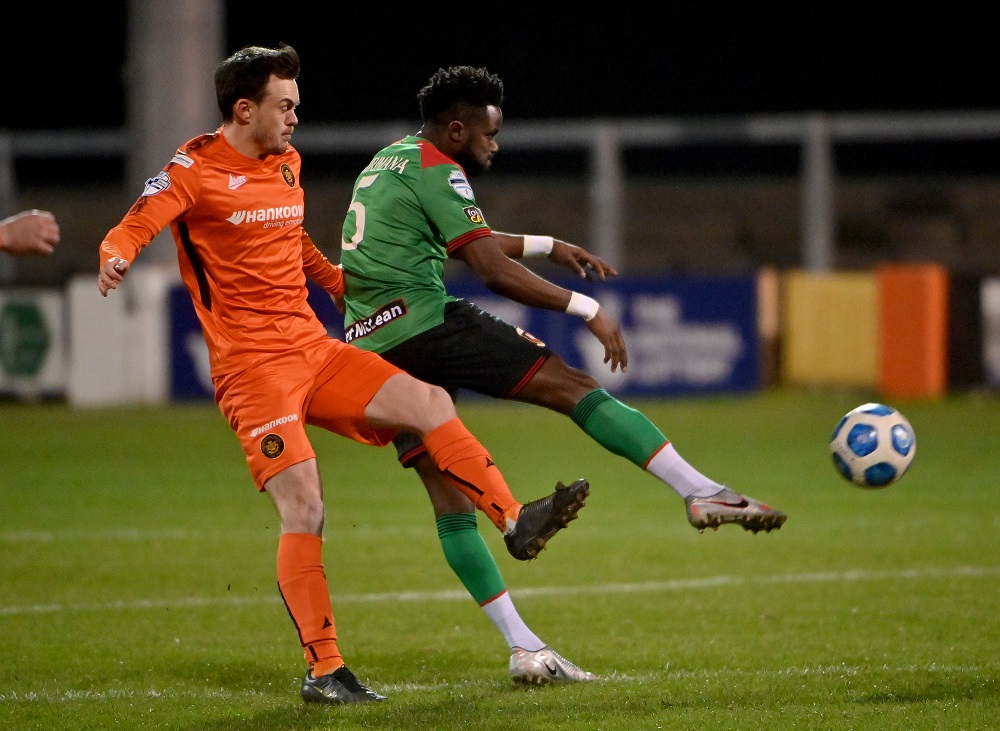 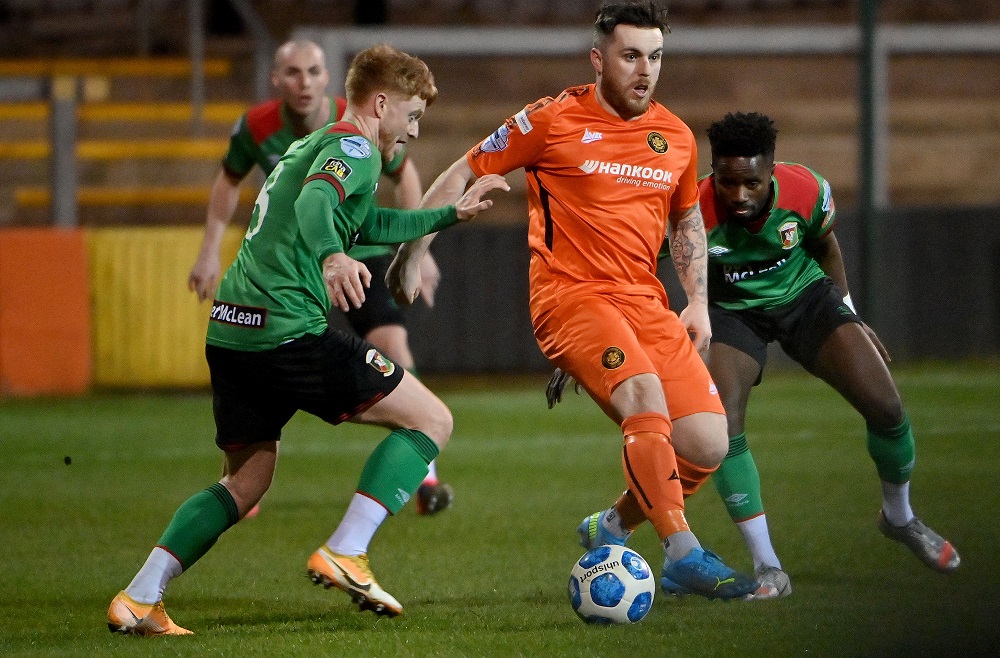 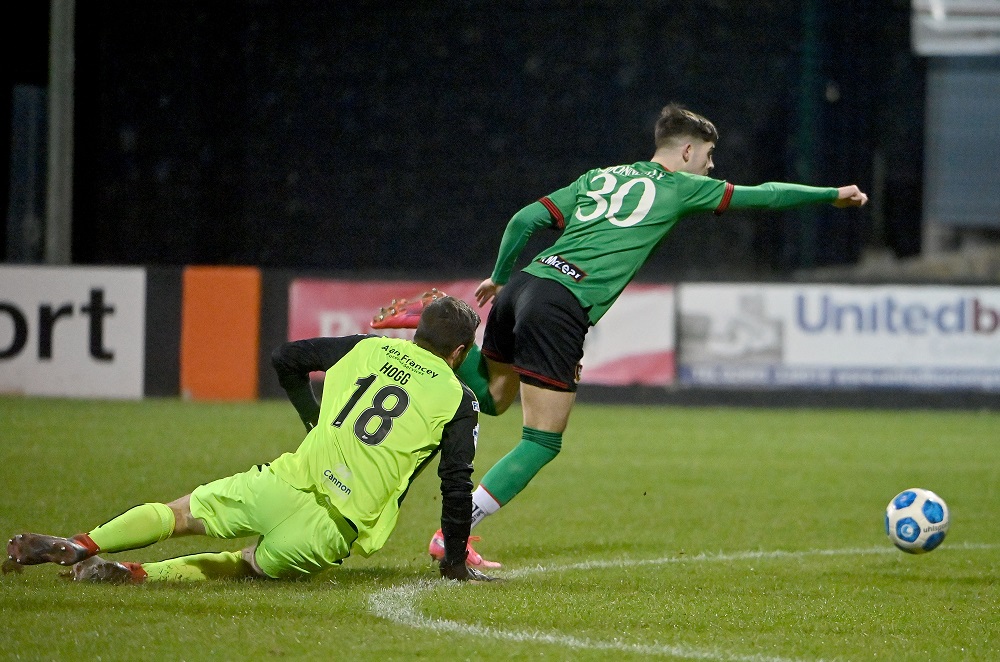 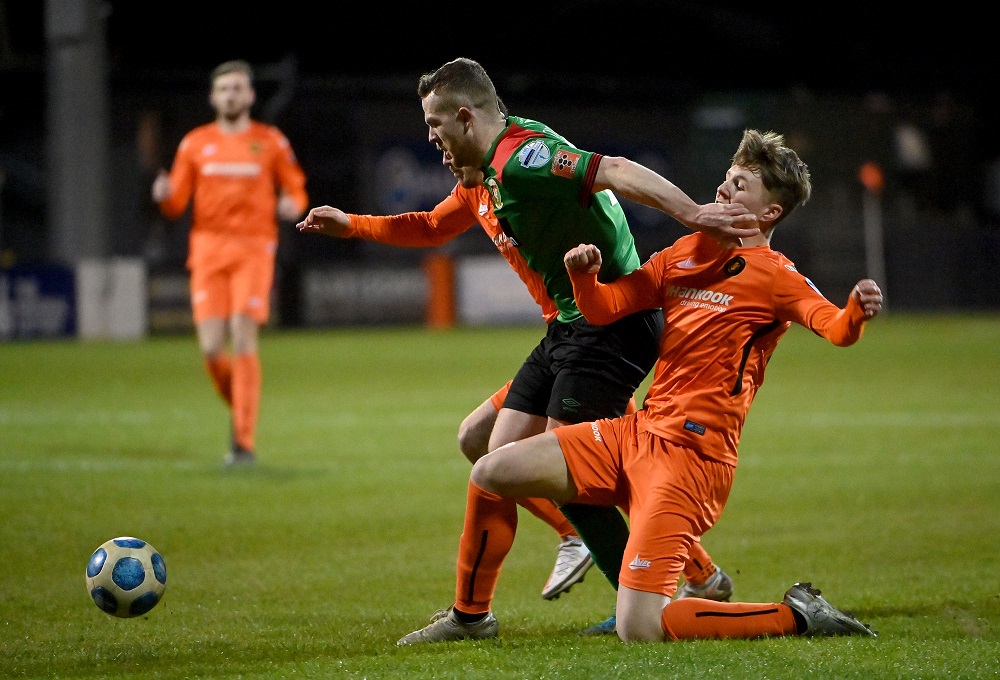 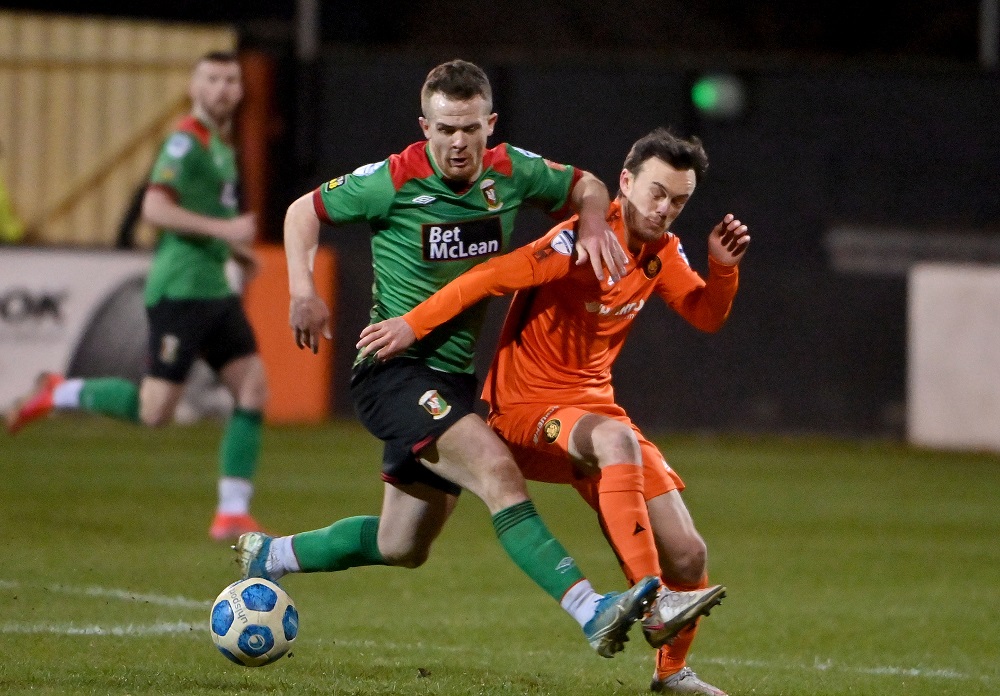