Shayne Lavery bagged a hat-trick as Linfield swept to a crushing seven-goal victory over Carrick Rangers at Windsor Park.
The Blues almost moved in front after nine minutes but Mark Stafford's header from a Niall Quinn corner came back off the crossbar.
Lavery opened the scoring on 14 minutes, finding himself unmarked in front of goal to nod a Kirk Millar cross past Geoff McKinty.
He made it 2-0 on 20 minutes from the spot, awarded after Kurtis Forsythe was adjudged to have brought down Joel Cooper in the box.
Linfield's third came just before the half-hour mark when, following a counter attack, Lavery unselfishly laid the ball off for Millar to slot home from close range.
And it was 4-0 on 32 minutes after Michael Newberry reacted quickest to the loose ball from Jordan Stewart's scuffed effort to hammer home into the bottom corner.
Number five - and Lavery's third - arrived nine minutes into the second half from a rifled finish after Millar delivered a cross from the right.
The scoring was completed with two goals in as many minutes with just over a quarter-of-an-hour remaining.
Cameron Palmer made it 6-0 with a shot from outside the area into the bottom corner after a Stewart effort came crashing back off the crossbar.
But Stewart finally got his name on the scoresheet moments later after being teed up by Millar to take the ball past McKinty into the empty net.
Linfield: Johns, Stafford, Newberry, Callacher, Stewart, Millar, Lavery, Mulgrew, Quinn, Palmer, Cooper subs Moore (not used), Waterworth (replaced Lavery 62), Nasseri (replaced Newberry 69), Clarke (replaced Mulgrew 64), McGivern (not used), Pepper (not used), Archer (not used)
Carrick Rangers: McKinty, Forsythe, Neale, Rodgers, Smith, Gordon, Glendinning, Anderson, Storey, Ramsey, Friel subs Hogg (not used), Loughran (not used), Chapman (not used), Cherry (not used), Gibson (replaced Storey 70), Millar (replaced Friel 57), Jenkins (replaced Smith 46) 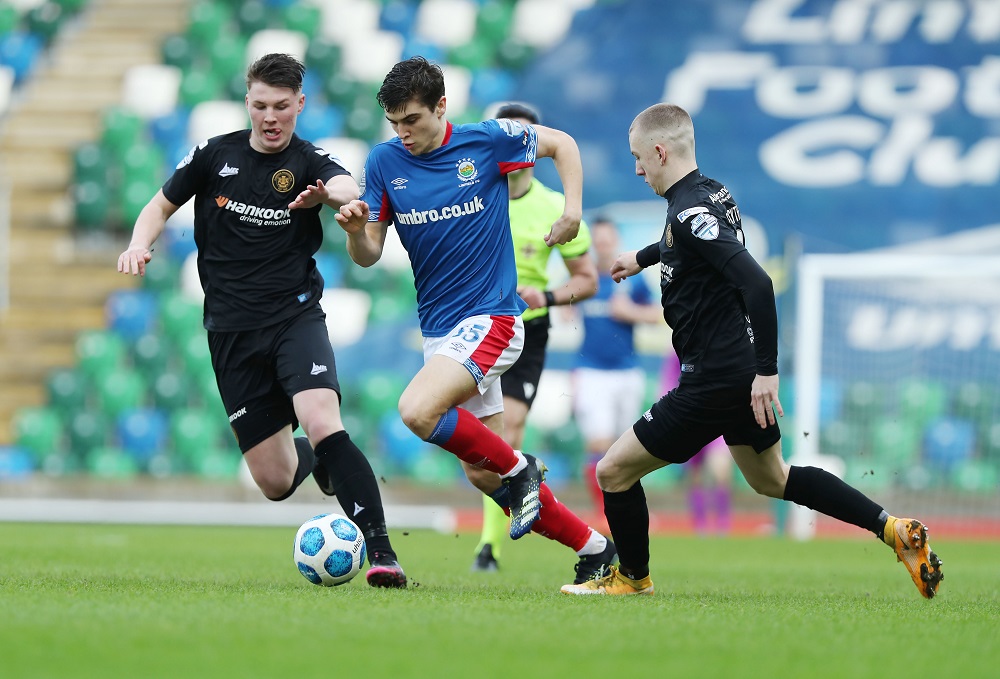 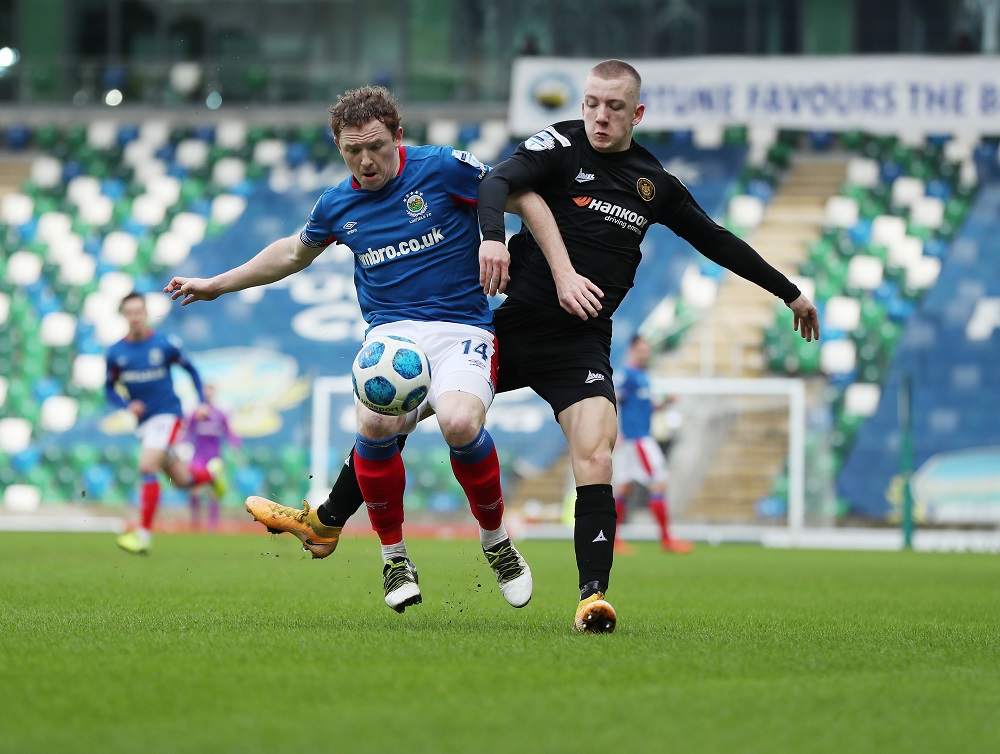 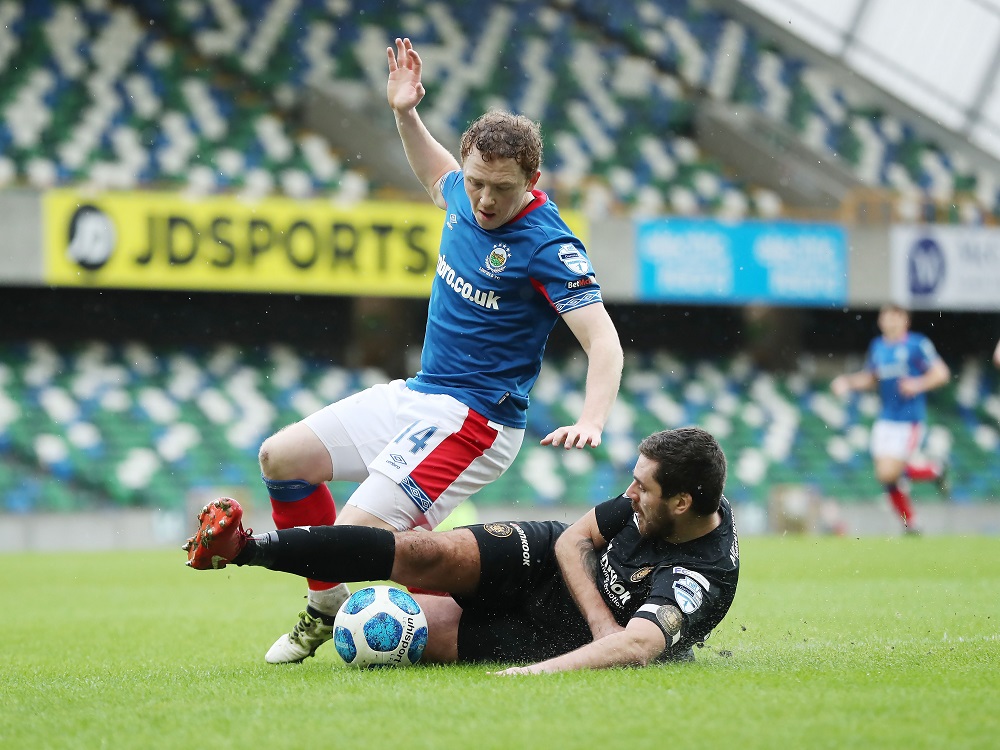 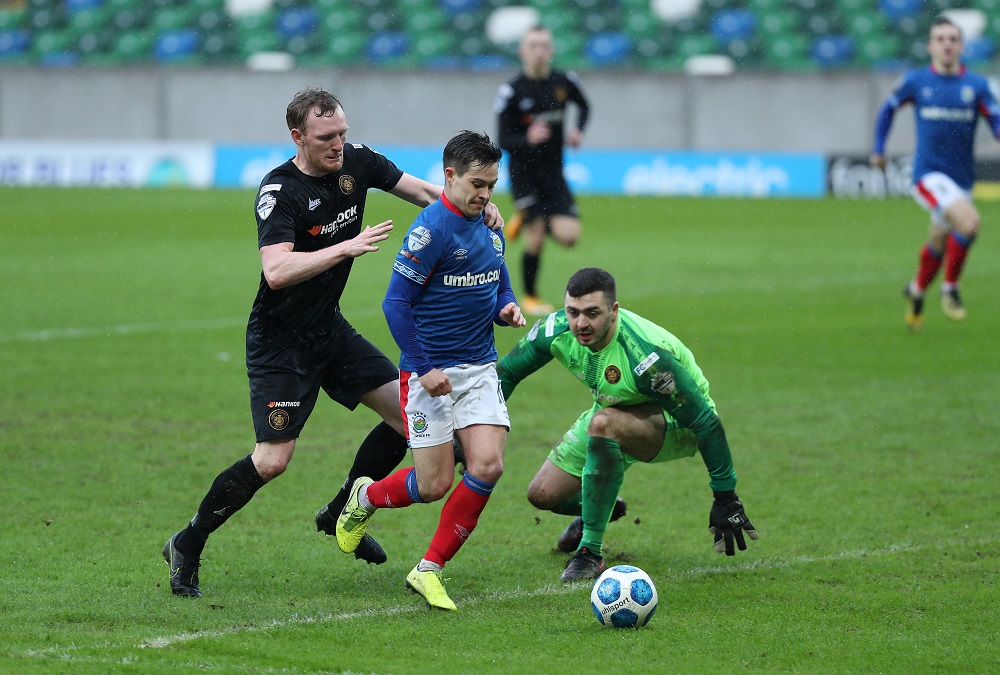 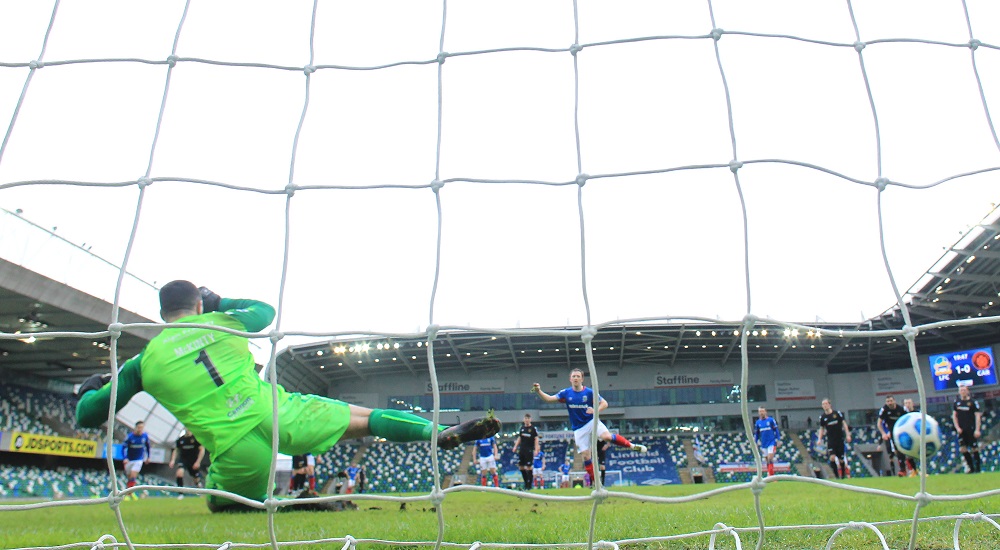 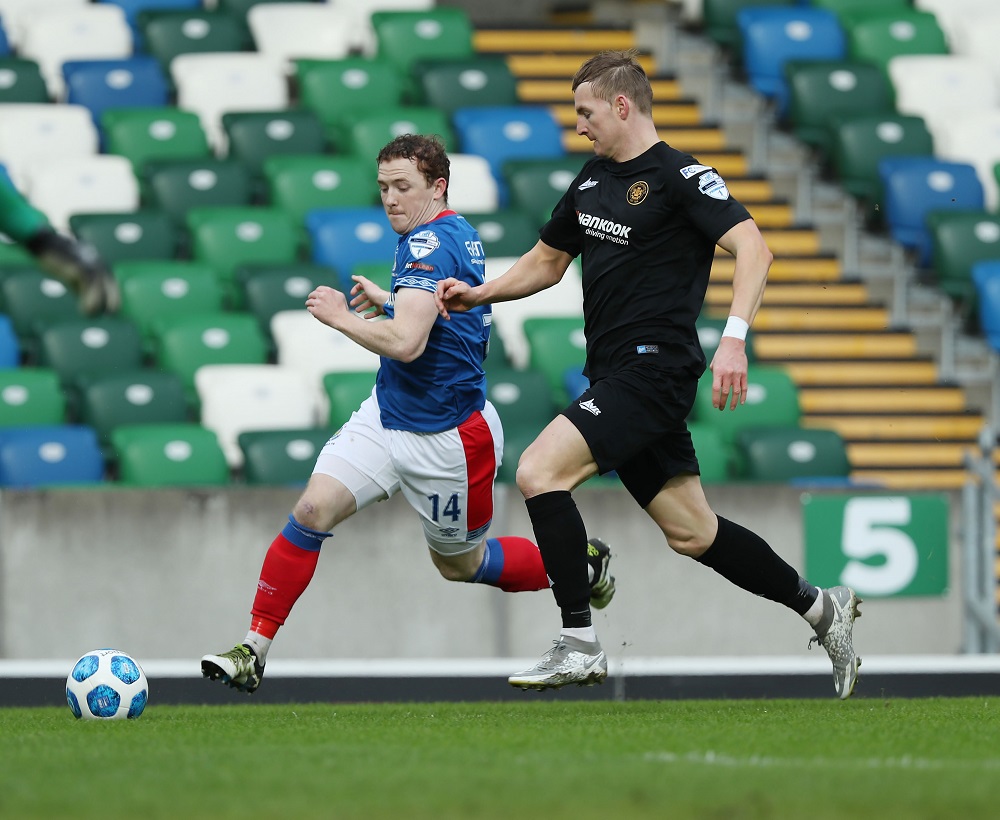