Linfield moved eight points clear at the top of the table following a two-goal defeat of Dungannon Swifts at Windsor Park.
The Blues almost raced into the lead as early as the third minute when Conor Pepper found Kirk Millar from a throw-in but his subsequent shot on goal came back off the crossbar.
Joel Cooper did have the ball in the net on ten minutes as Linfield continued to press but this was disallowed for a push on Rhyss Campbell at the back post.
Further efforts followed throughout the first half but it took David Healy's side until the 40th minute to find a way through when Cooper did make one count with a low finish into the bottom corner after Cameron Palmer had dummied a Shayne Lavery ball into the box.
It might have been 2-0 early in the second half when Jordan Stewart turned home the rebound from a Millar free-kick against an upright only for the 'goal' to be ruled offside.
But Linfield's second did come on 52 minutes. In a counter attack the ball was played to Cooper who then knocked it on for Lavery to smash home down the middle.
Looking to make sure of the win with a third goal Linfield came close through Palmer, Lavery and Cooper as the pressure continued.
However, Dungannon did create chances of their own as the game wore on. Campbell was denied by a goalline clearance from Michael Carvill's corner before, with around a quarter-of-an-hour remaining, Carvill slid the ball beneath Chris Johns but was unlucky when it came back off an upright.
Then, late in the game, Lorcan Forde had a great opportunity when he rounded John but saw his shot blocked by Jamie Mulgrew.
Linfield: Johns, Haughey, Callacher, Stewart, Millar, Lavery, Mulgrew, Pepper, Quinn, Palmer, Cooper subs Moore (not used), Larkin (not used), Waterworth (replaced Lavery 83), Nasseri (replaced Millar 83), Clarke (not used), McGivern (not used), Archer (not used)
Dungannon Swifts: Carroll, Coyle, Wilson, Byers, McAleer, Hughes, Campbell, Patton, Carvill, Glenny, M. Smyth subs Johnston (not used), Forde (replaced McAleer 63), Gallagher (not used), Mayse (not used), Convie (not used), McGee (replaced Wilson 72), Patterson (replaced Carvill 77) 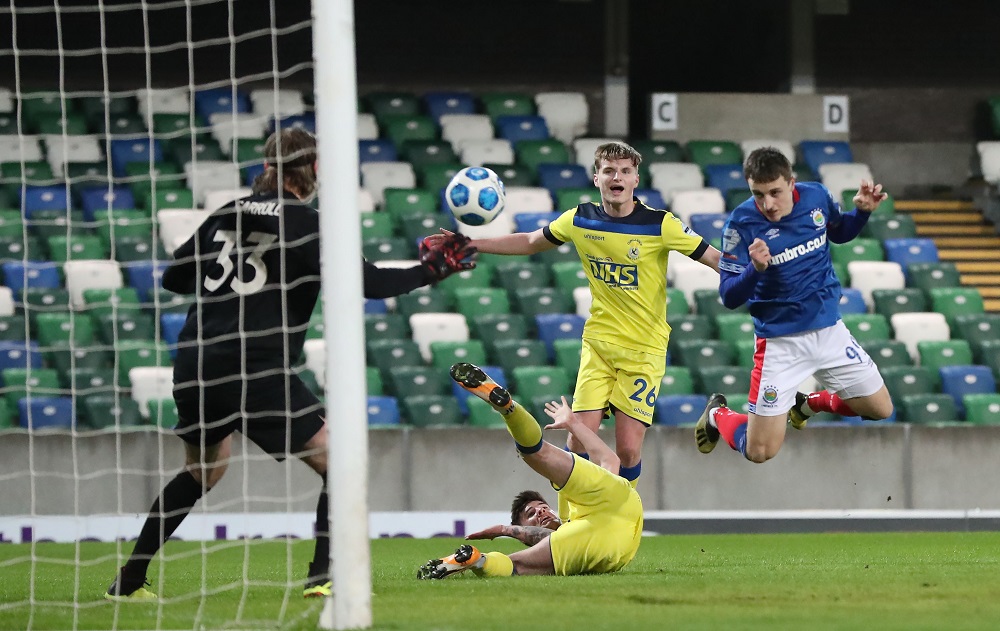 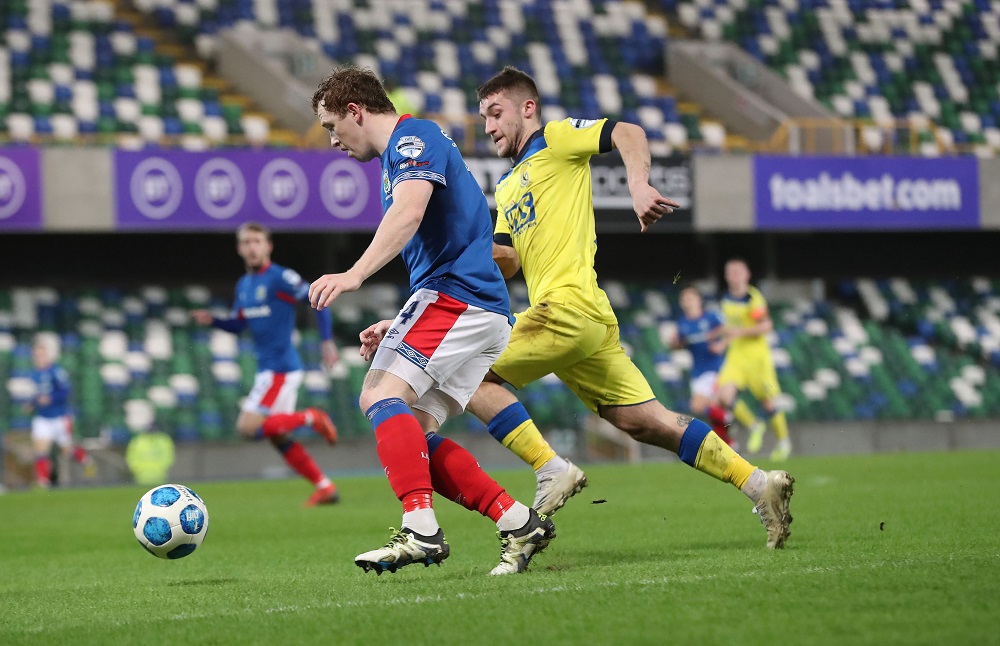 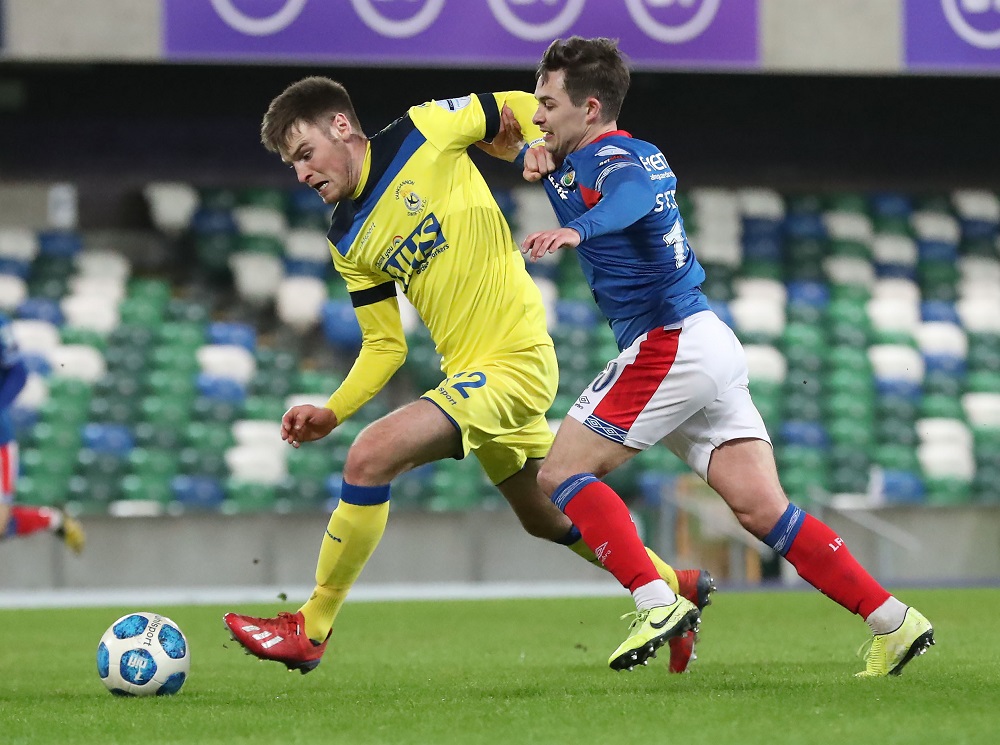 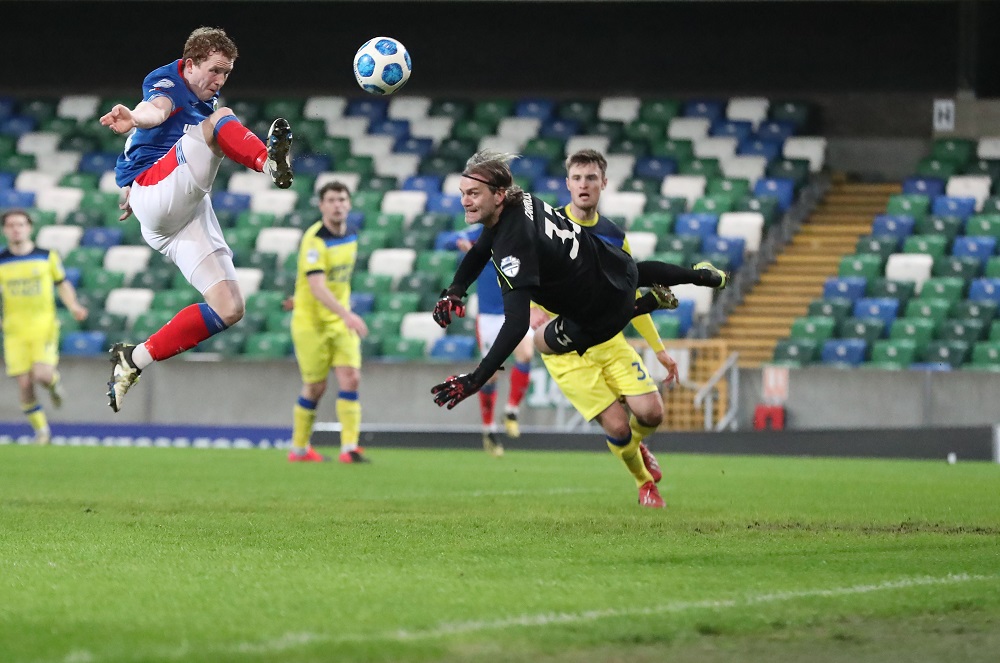 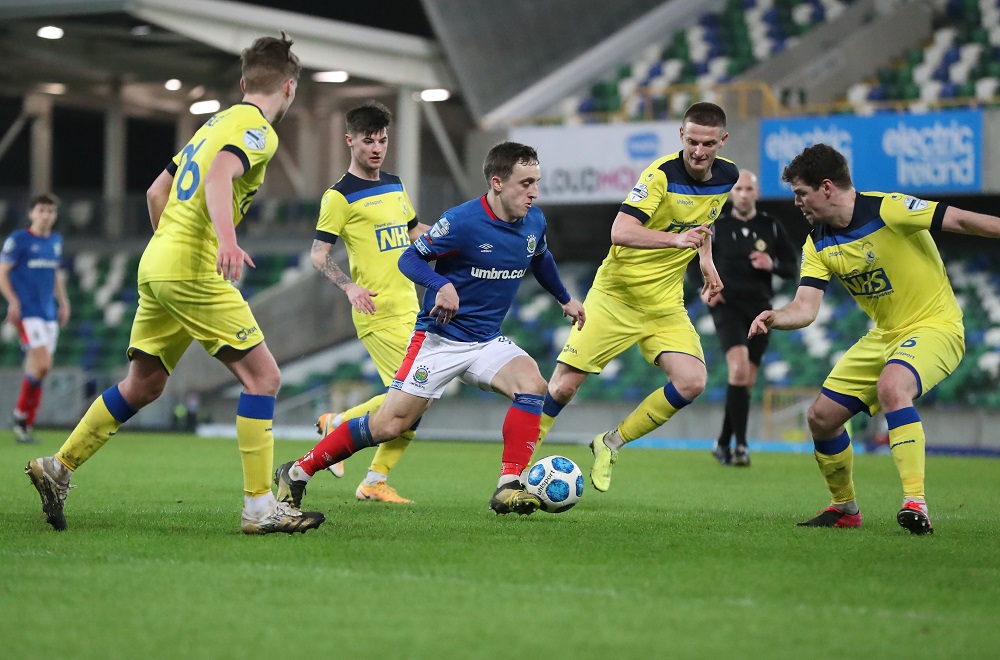 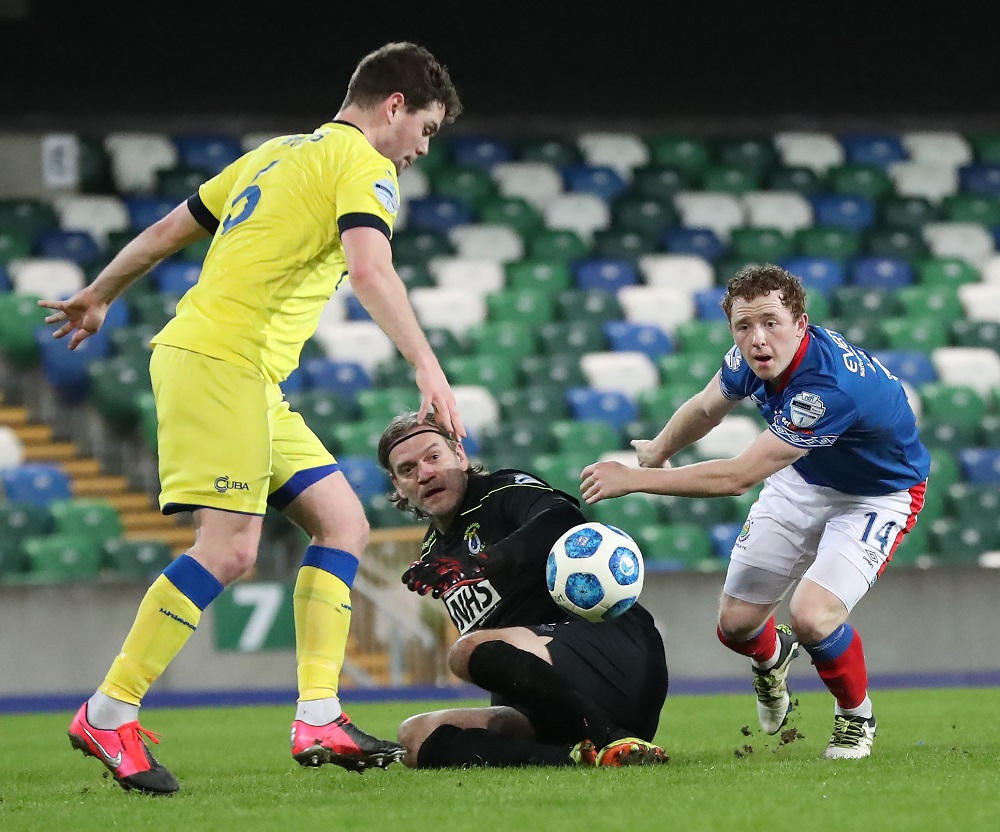