Second half goals from Joel Cooper and Shayne Lavery saw Linfield come from behind to defeat Crusaders at Seaview.
The Crues moved in front after 16 minutes following a quiet opening period when Ross Clarke found the top corner with a smashing left-foot effort past Chris Johns.
Linfield worked to get back into the game with a couple of chances around the half hour mark through Kirk Millar and Cooper.
But Crusaders almost doubled their advantage on 33 minutes when Clarke found Jordan Forsythe only for his header to fall just inches past an upright.
The Blues got back on level terms eight minutes into the second half. Niall Quinn found Cooper who, in turn, cut inside Aidan Wilson and Robbie Weir before drilling a low effort past Jonny Tuffey into the bottom corner.
And it was 2-1 to Linfield on 66 minutes after Lavery pounced at the back post after Millar's corner hadn't been cleared to hammer the ball home from close range, bringing his tally for the season to 19.
There was almost a third moments after that when Lavery slipped the ball off for Millar, via a Jordan Stewart dummy, but the shot was deflected wide.
Then, in the final few minutes, Lavery forced a scrambling save from Tuffey while, at the other end, Jamie McGonigle might have grabbed a home equaliser only to fire just wide from distance.
Crusaders: Tuffey, Wilson, Weir, Lowry, Caddell, Forsythe, O'Rourke, Lecky, Brown, Heatley, Clarke subs O'Neill (not used), McGonigle (replaced Clarke 74), Cushley (replaced Weir 60), Ruddy (not used), Owens (replaced Lecky 66), McGinley (not used), Larmour (not used)
Linfield: Johns, Stafford, Haughey, Callacher, Stewart, Millar, Lavery, Mulgrew, Quinn, Palmer, Cooper subs Moore (not used), Larkin (not used), Newberry (not used), Waterworth (replaced Stewart 77), Nasseri (replaced Cooper 81), Clarke (replaced Mulgrew 79), Pepper (not used) 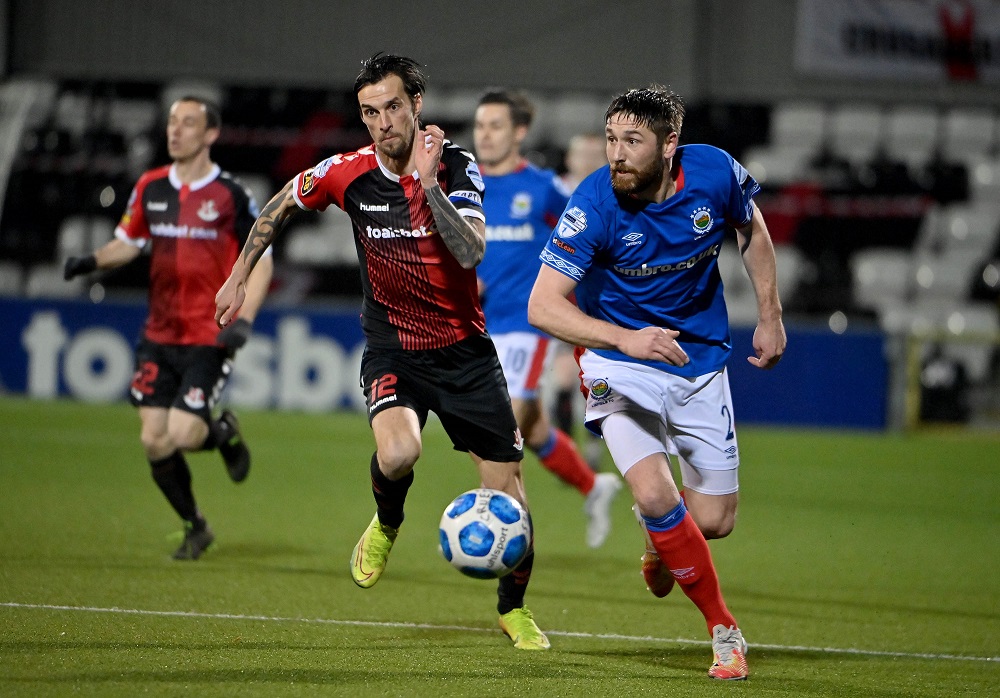 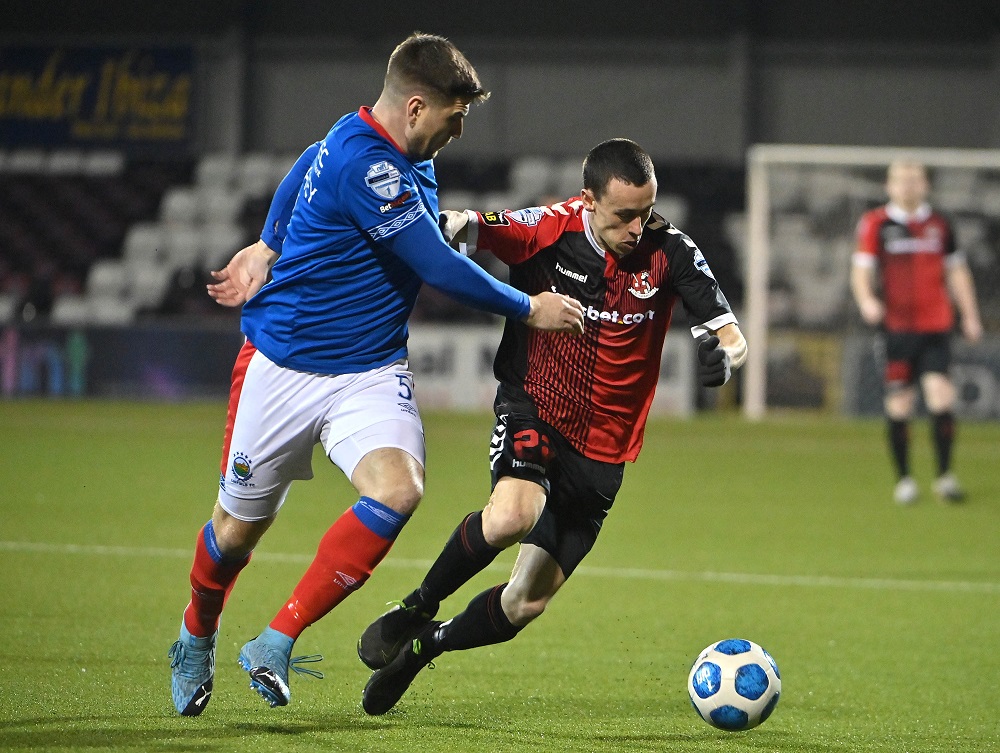 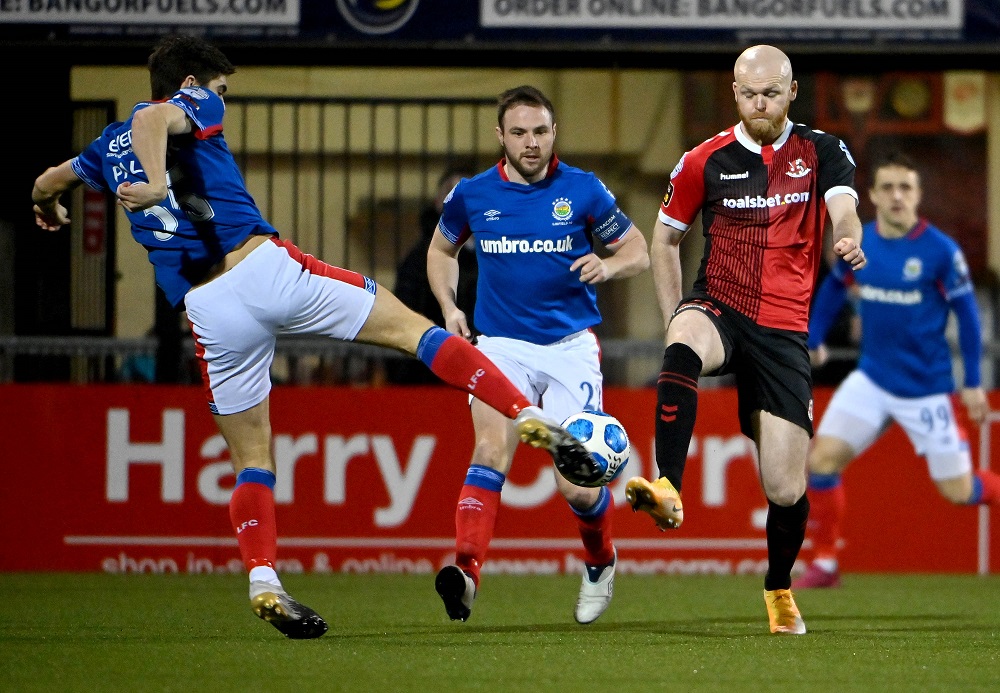 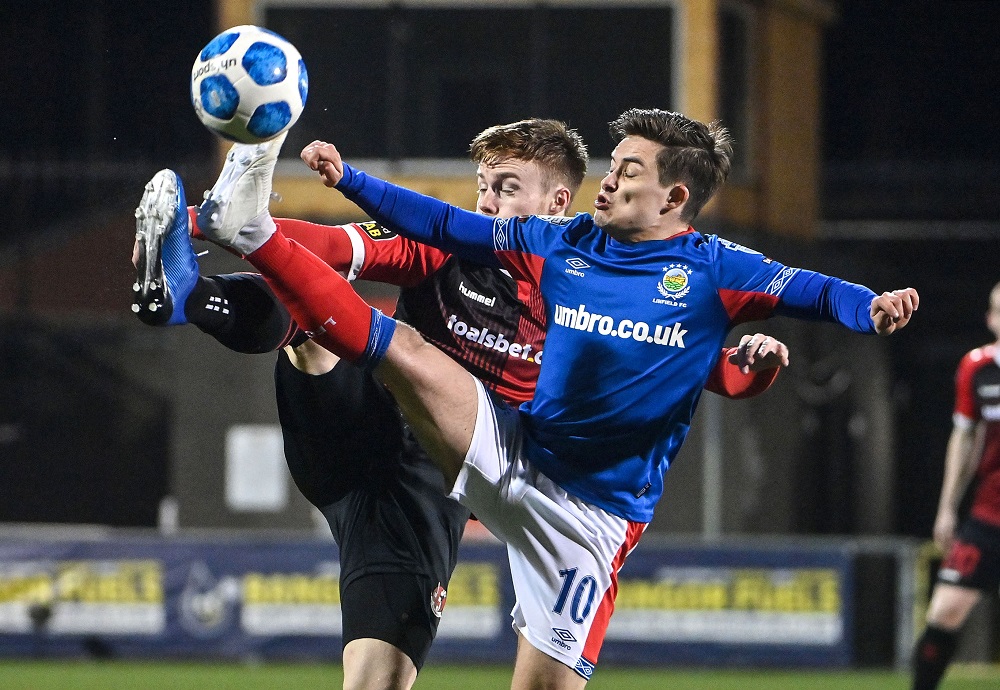 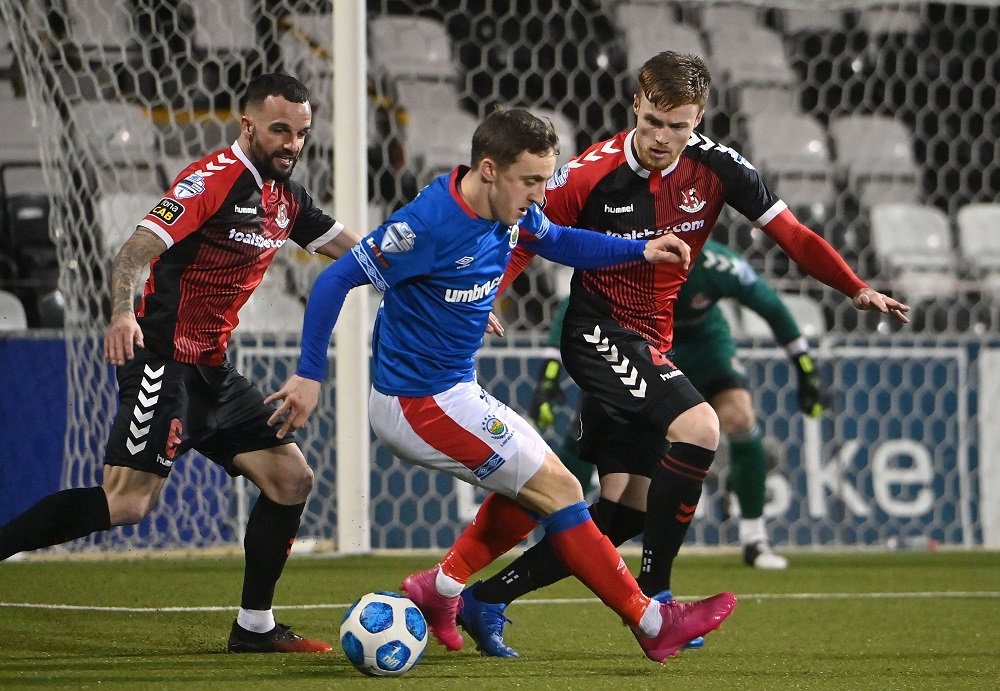 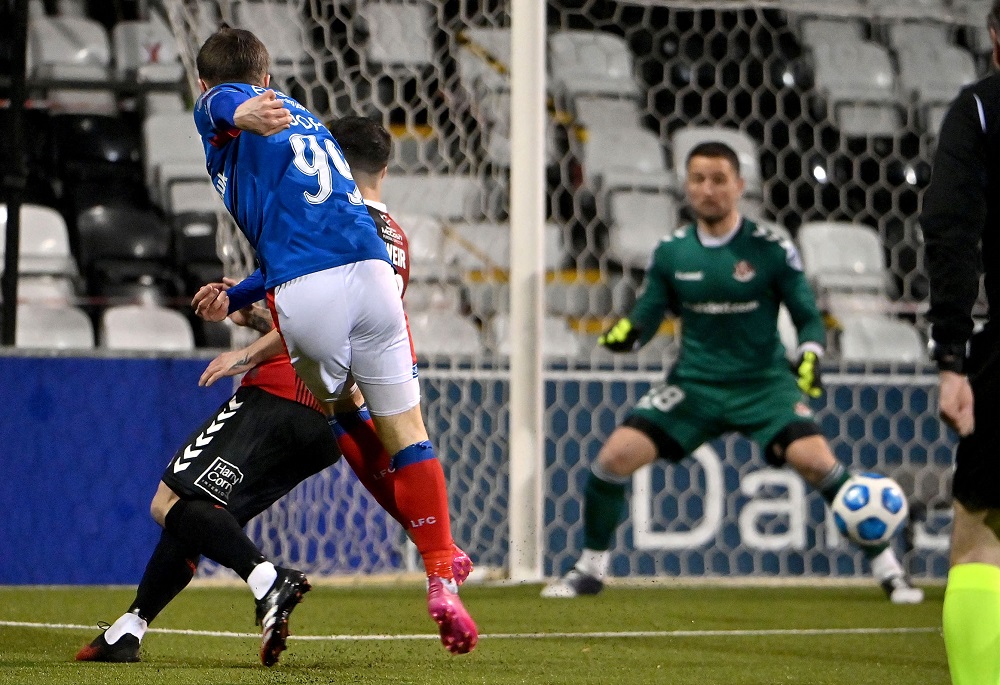