Glentoran defeated Glenavon at The Oval to gain revenge for their reversal to the same opposition during the week.

It took a while for the game to get going but when it did it well and truly roared into life with two goals in as many minutes just before the half-hour mark.

Glenavon kicked the scoring off after 25 minutes when a looping cross from the right into the box was headed past his own keeper by Luke McCullough under pressure from Matthew Fitzpatrick.

But Glentoran levelled around 90 seconds later through Jay Donnelly courtesy of a lob over keeper Craig Hyland after being played through by Dale Gorman.

Then, on 38 minutes, Gorman edged Glentoran in front with a calm finish beyond Hyland after Rory Donnelly laid the ball off after dispossessing Michael O'Connor.

There might have been a third Glentoran goal early in the second half after a Conor McMenamin cross into the box was stopped by Hyland before spinning to cause a scramble before the visitors managed to clear the danger.

Greg Moorhouse could have levelled for Glenavon just after the hour but his effort from six yards went over before Rory Donnelly, at the other end, saw a curling shot stopped by Hyland.

However, Glentoran made sure of the points with seven minutes remaining. A Gorman free-kick from distance took a deflection before falling for Jay Donnelly who duly tucked it home from inside the box. 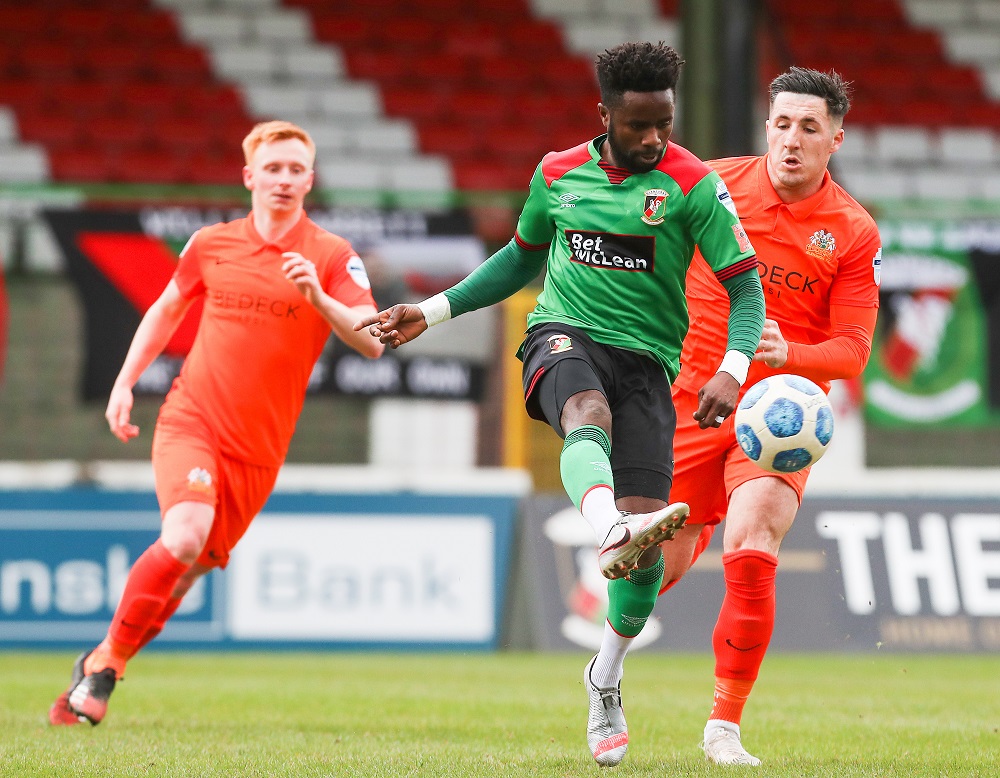 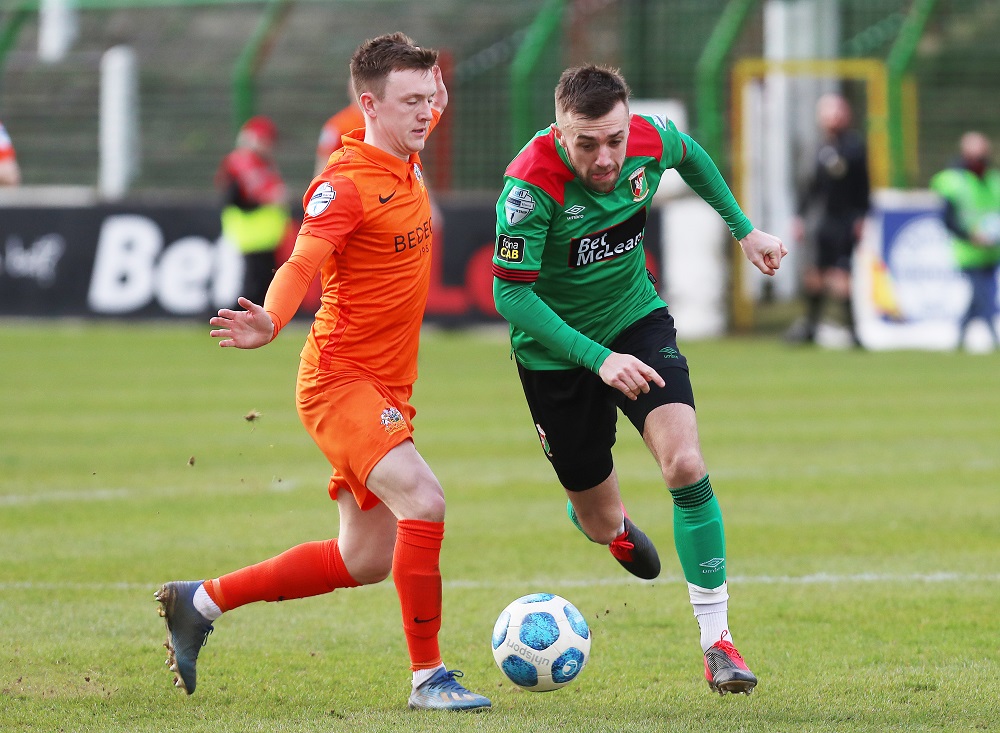 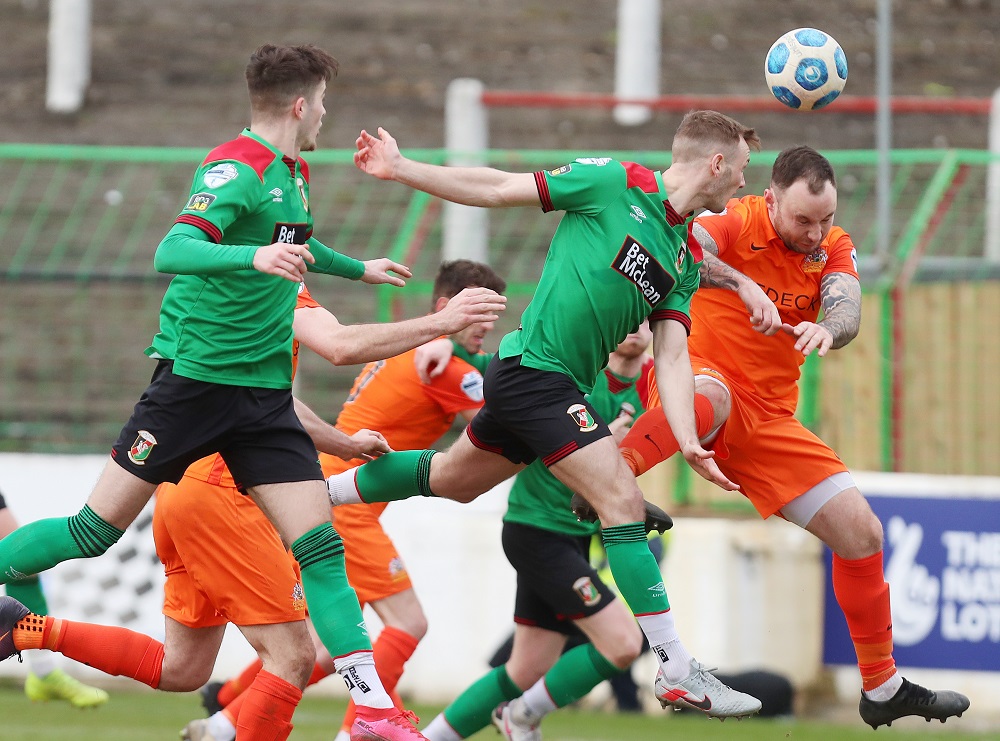 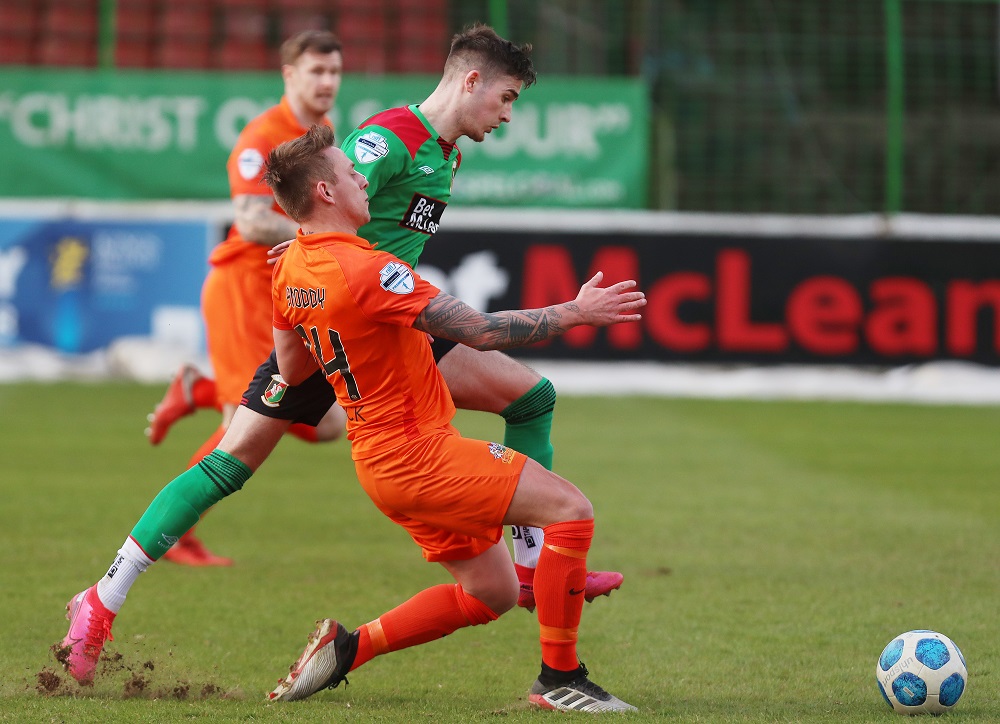 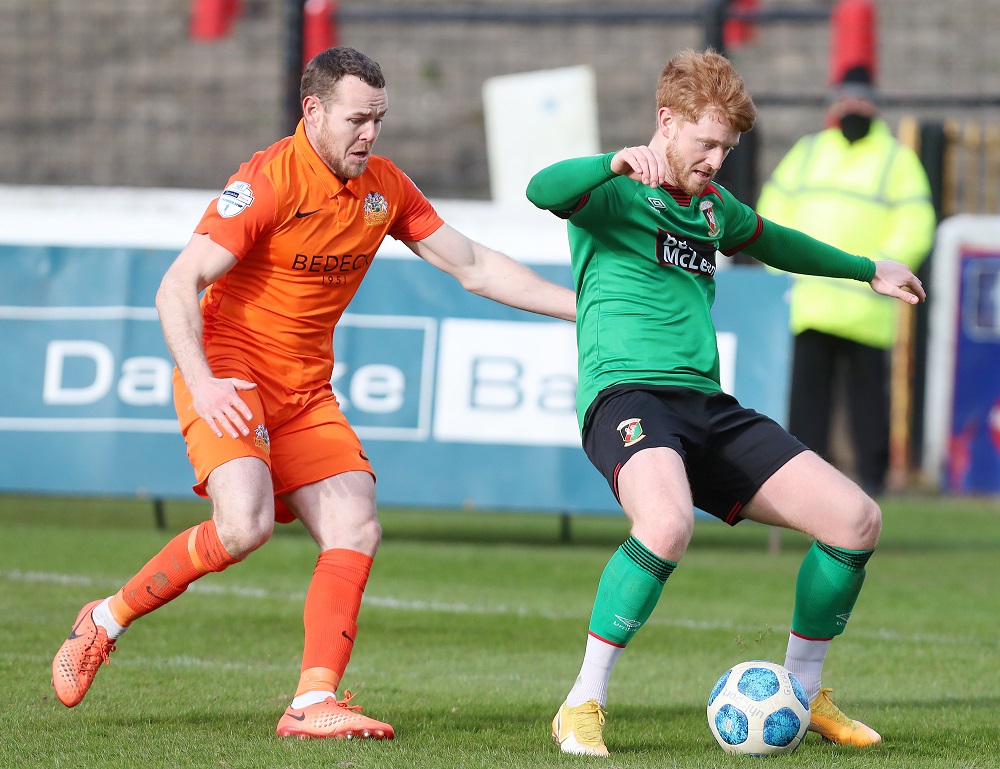 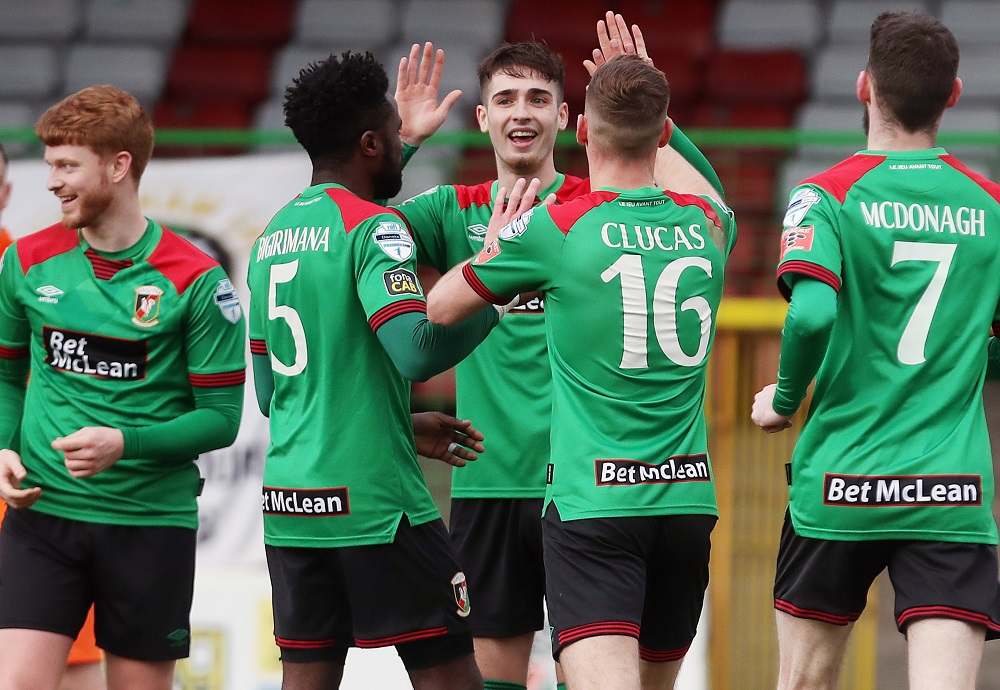