Jay Donnelly grabbed the late winner as Glentoran defeated Crusaders at The Oval to maintain their challenge at the top of the table.
The Glens had an early chance through Hrvoje Plum with an effort from the edge of the box but Crues keeper Sean O'Neill was equal to the challenge.
Plum had another chance, a free-kick, after a quarter-of-an-hour but his curling shot went just wide of the far post.
Further chances in the scoreless first half followed through Kane and Donnelly while the Crues' best efforts were channelled through Paul Heatley and Jamie McGonigle.
The deadlock was almost broken in the opening minute of the second half when Philip Lowry was denied by a goalline clearance from Kane.
But despite efforts from Donnelly, Seanan Clucas and Rhys Marshall the game remained without a goal while Jarlath O'Rourke had a late shot at the other end.
However, just as time ticked over into stoppage time, Donnelly eventually found a way through with a chipped shot over the onrushing O'Neill.
Crusaders might still have snatched a point, though, when both Ross Clarke and Lowry squandered opportunities in what was a frantic end to the game.
Glentoran: Brown, Kane, McCullough, Bigirimana, McDonagh, R. Donnelly, McClean, Marron, Plum, Marshall, J. Donnelly subs Morris (not used), Gallagher (not used), Gorman (replaced McDonagh 65), Mitchell (replaced Plum 85), Stewart (not used), Clucas (replaced Gorman 68), Crowe (not used)
Crusaders: O'Neill, Burns, Wilson, Lowry, McGonigle, Caddell. Forsythe, O'Rourke, Brown, Heatley, Clarke subs Tuffey (not used), Hegarty (not used), Weir (not used), Kennedy (not used), Lecky (replaced Caddell 90+2), Ruddy (not used), Owens (replaced McGonigle 87) 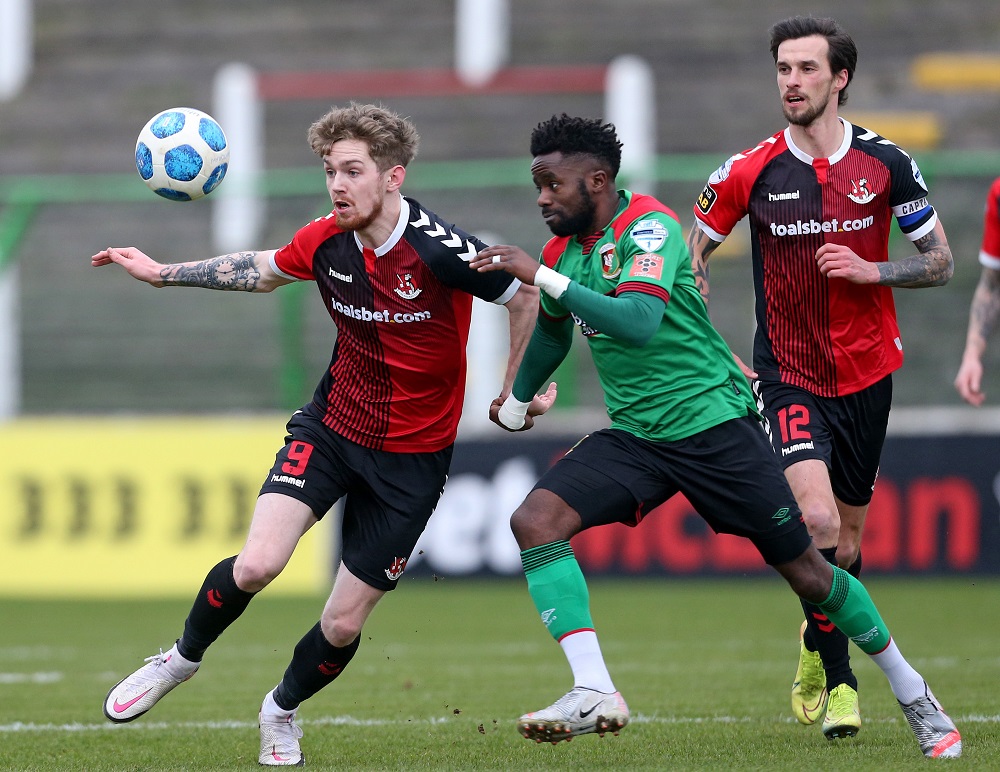 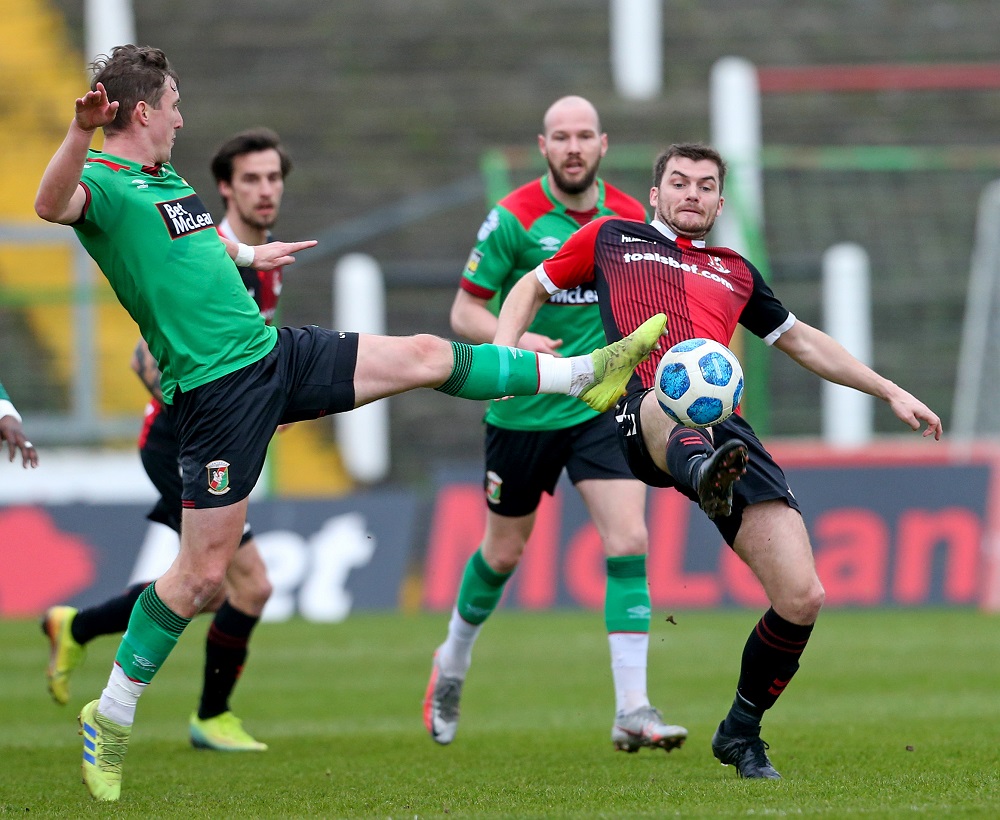 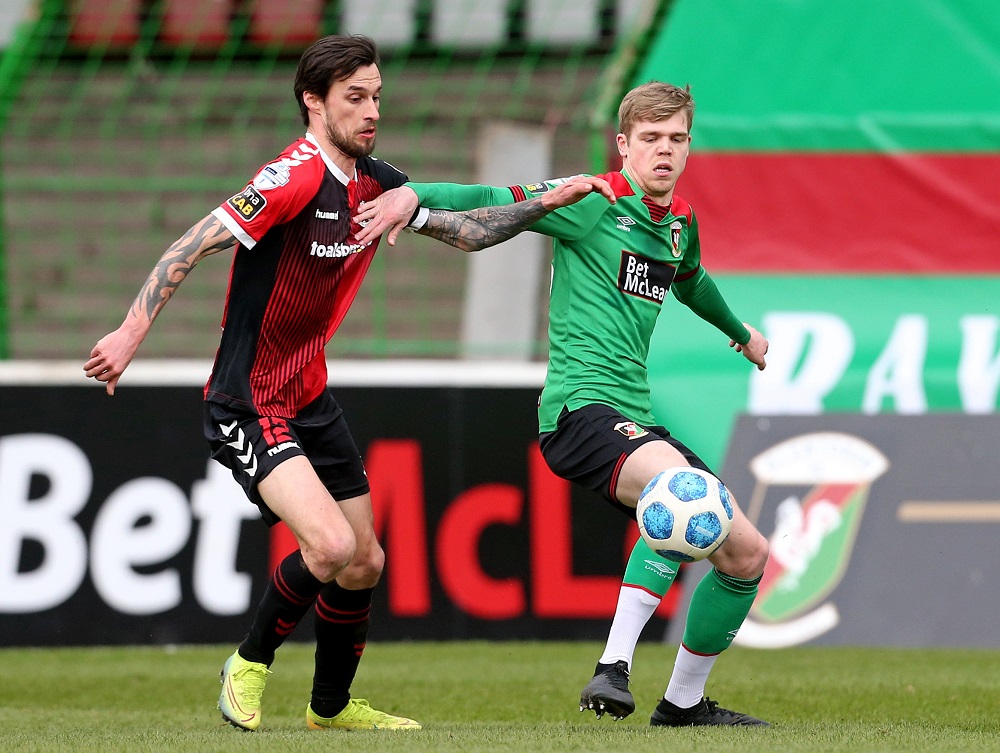 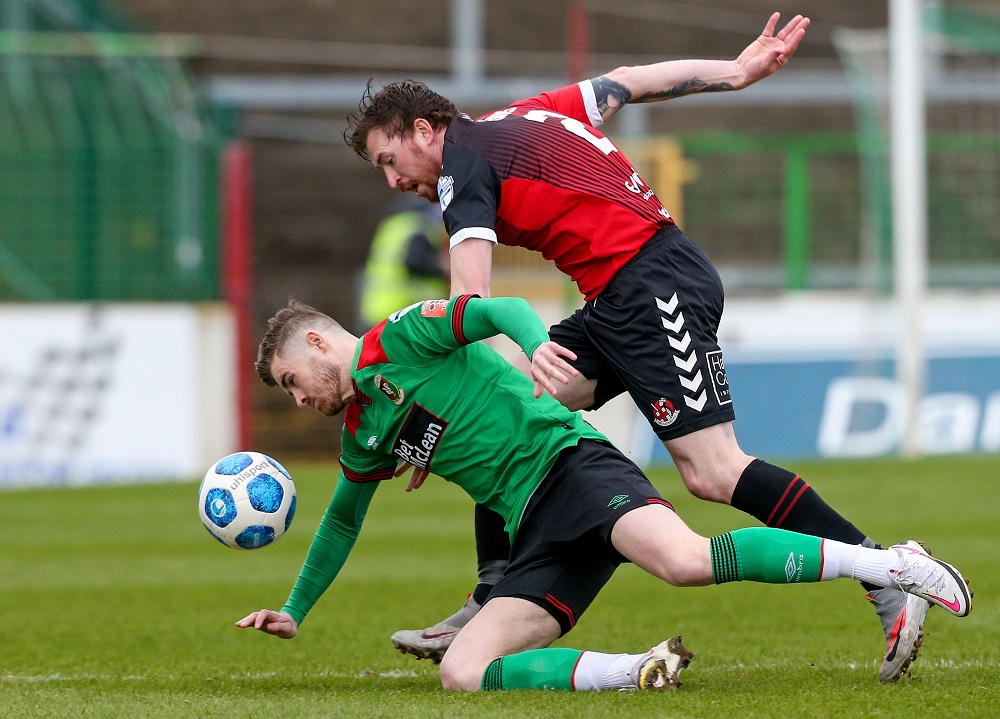 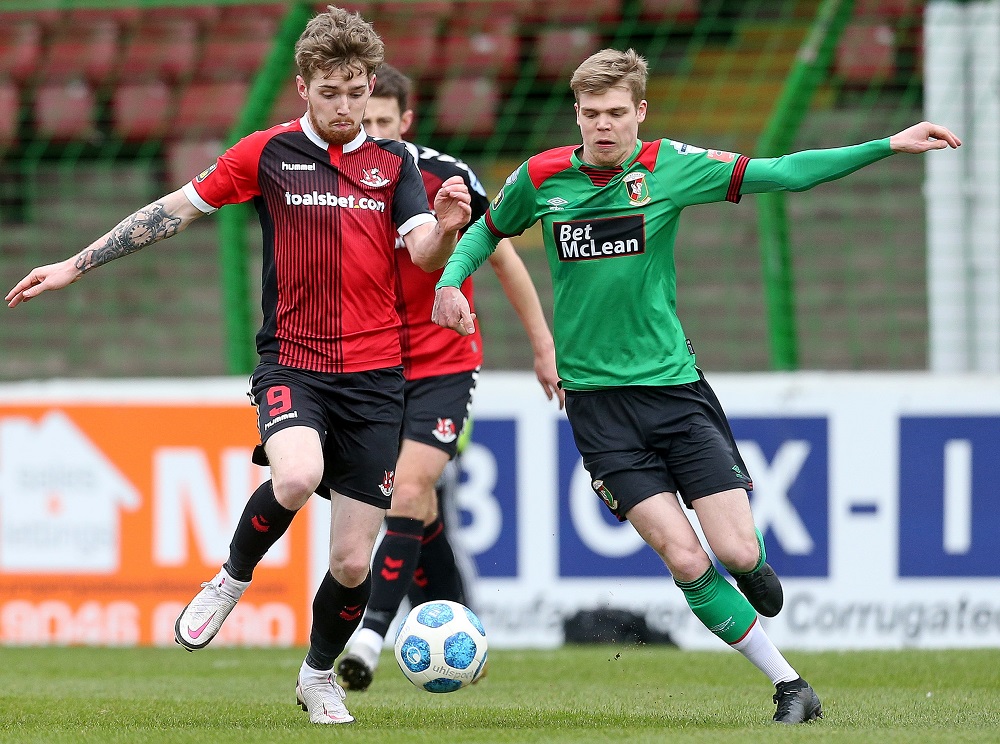 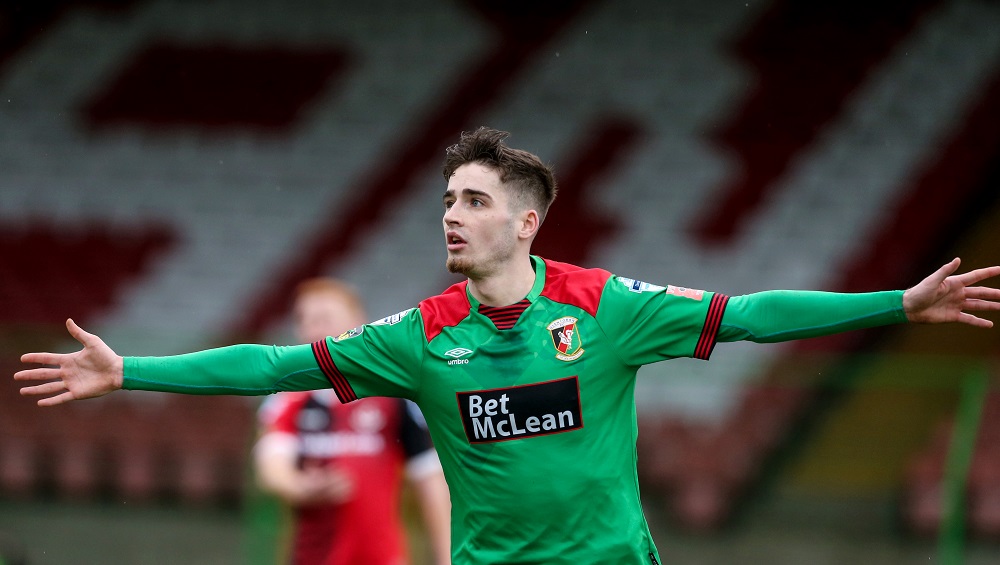