Linfield moved ten points clear at the top after Jordan Stewart's early goal handed them victory over Portadown at Shamrock Park.
The sides traded chances during the early minutes with Stephen Teggart testing Chris Johns with a 25-yard drive while Andy Waterworth saw a header cleared off the line by Nathan Kerr.
Adam Salley then fired into the side netting before, on 11 minutes, what proved to be the only goal of the game came after Stewart hammered home after a goalmouth scramble.
Linfield almost doubled their lead a few minutes after that when Navid Nasseri teed up Waterworth but his close range effort was well stopped by Jacob Carney.
Stewart chipped the ball onto the roof of the net on 25 minutes as Linfield pushed to extend their advantage with Waterworth being denied by Carney again soon after that.
Adam McCallum had a chance for the Ports on 33 minutes but Johns pushed his header out from under the bar.
Linfield did have the ball in the net three minutes later when Michael Newberry crossed for Waterworth to head past Carney but the assistant referee ruled that the ball had gone out of play at the beginning of the move.
Johns saved Linfield again before the break with a save from Salley with further chances coming for the home side after the break via Ben Tilney and Lee Bonis.
With time running out the visitors pushed to make sure of the points but again Carney made a great save to thwart Ross Larkin's diving header followed soon after when Mark Haughey nodded over from Niall Quinn's free-kick.
Portadown: Carney, Hall, McCallum, Tipton, Salley, Bonis, Wilson, Lavery, Conaty, Kerr, Tilney subs Buchanan (not used), McKeown (replaced Tipton 84), Croskery (replaced Lavery 84), Murray (not used), Guy (replaced McCallum 90+2), Teggart (not used), Warde (not used)
Linfield: Johns, Newberry, Haughey, Callacher, Waterworth, Stewart, Millar, Nasseri, Clarke, Quinn, Palmer subs Moore (not used), Larkin (replaced Newberry 66), Manzinga (replaced Nasseri 74), Pepper (not used), Archer (not used), McCoubrey (not used), Montgomery (not used) 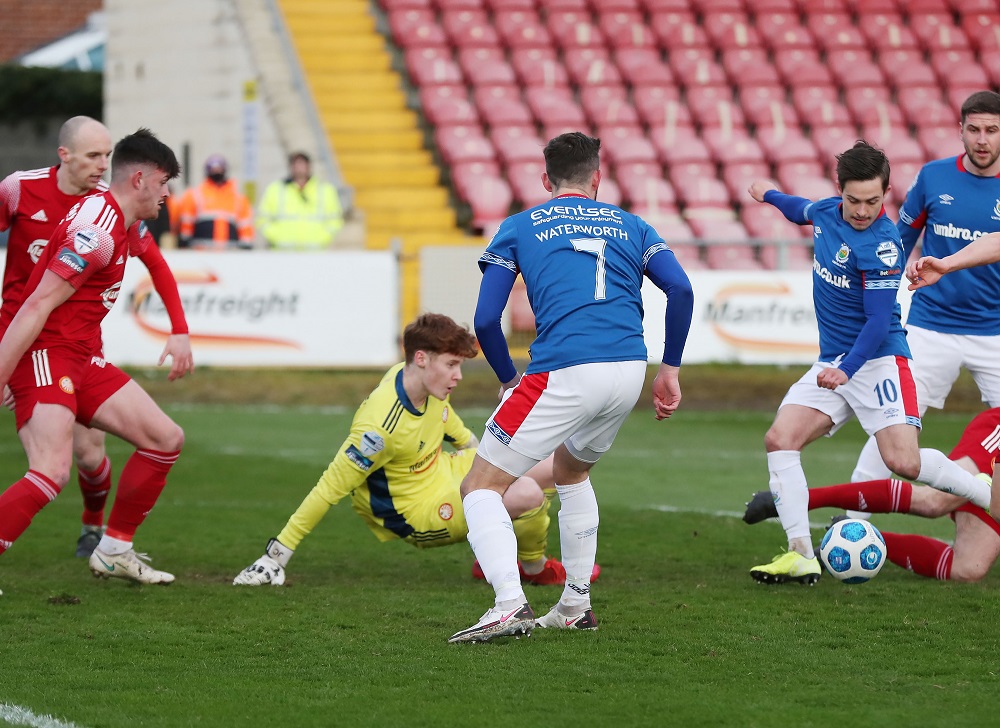 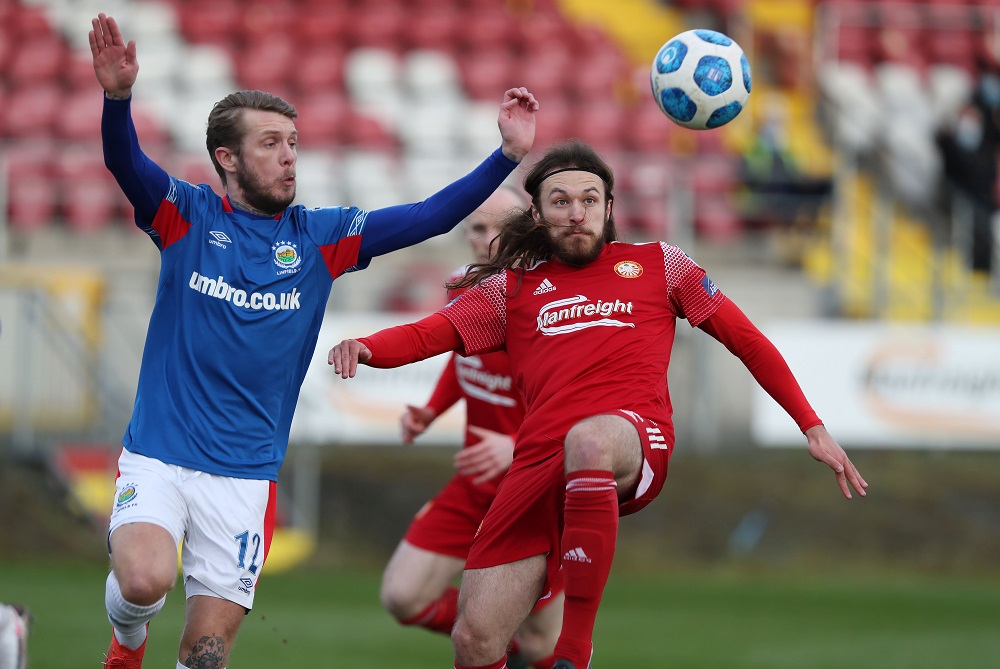 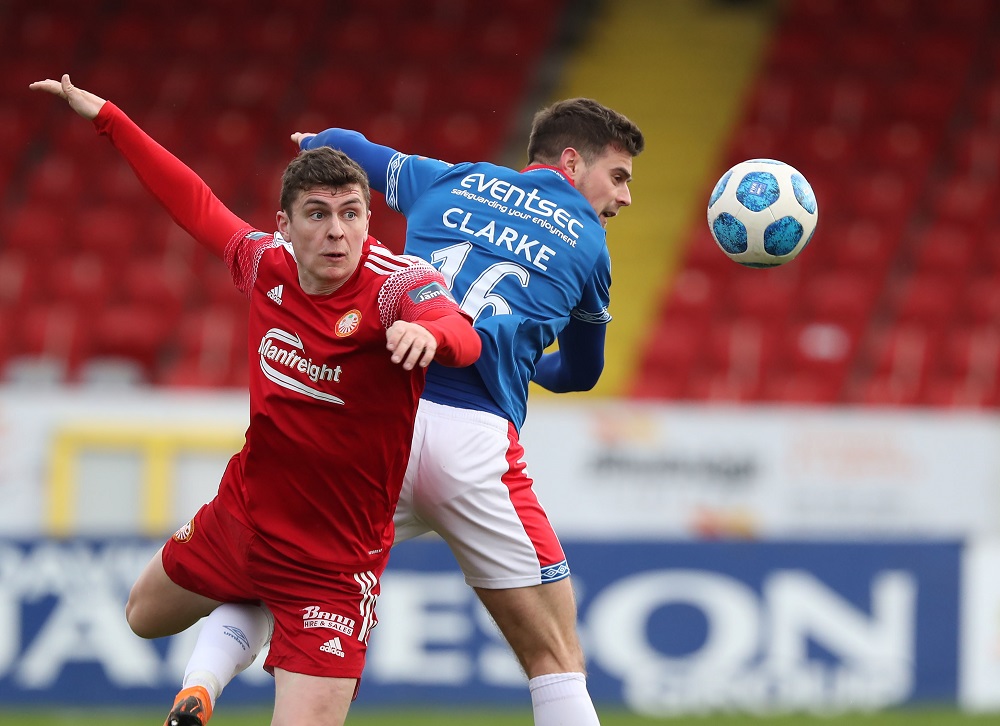 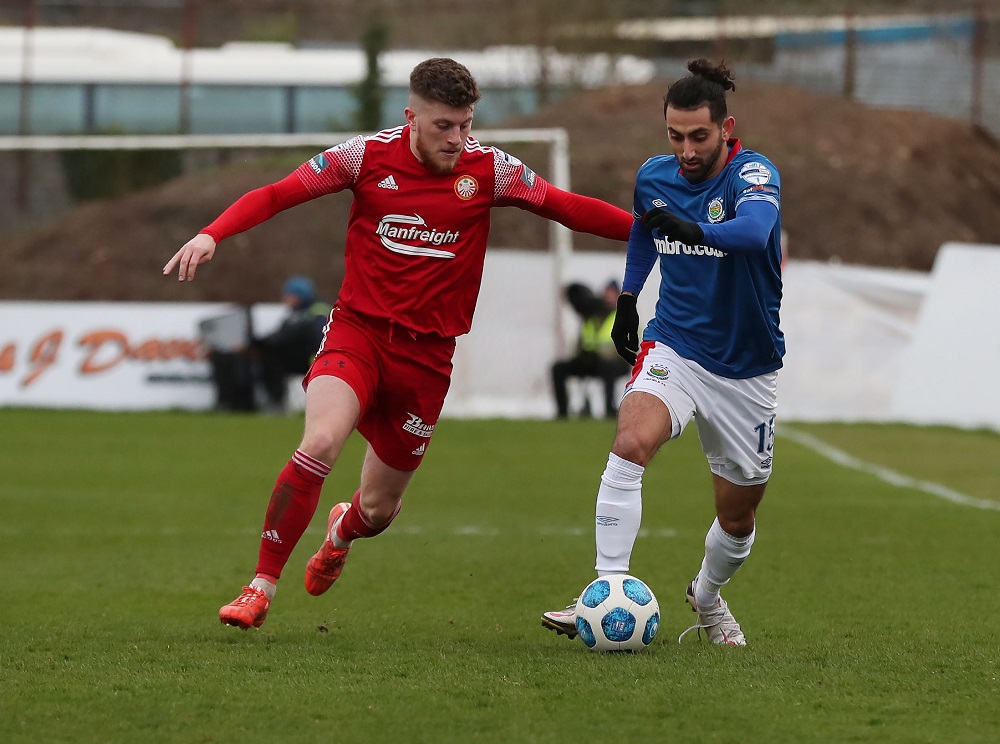 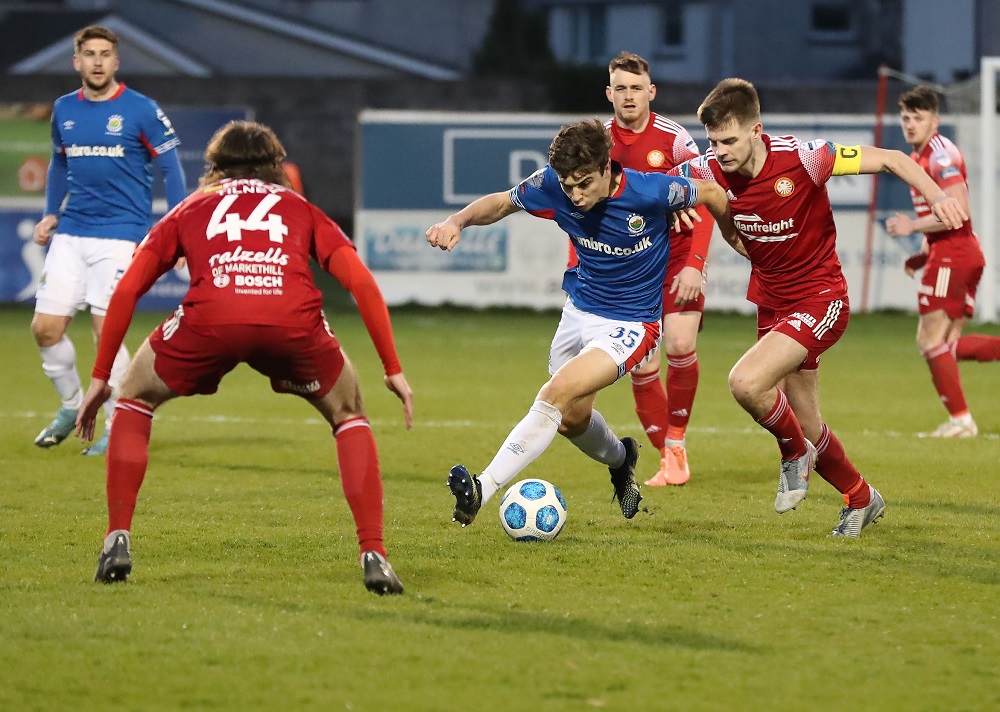 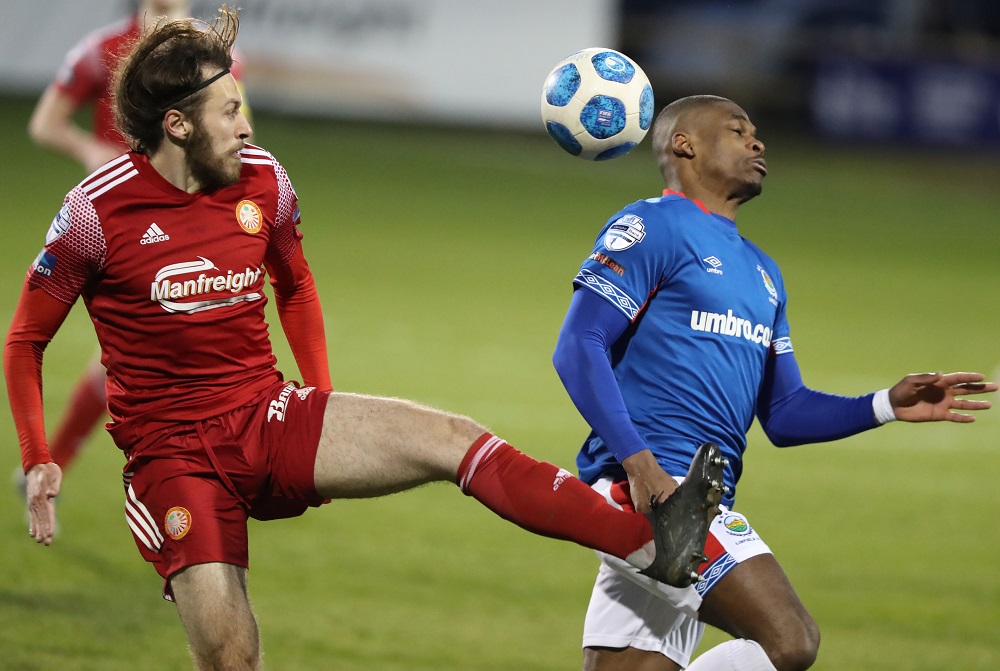