Two goals in as many minutes late in the second half helped Crusaders come from behind to defeat Portadown at Shamrock Park.
There wasn't much between the sides in a scoreless opening 45 minutes.
Ben Kennedy sent a 25-yard free-kick over for the Crues with a similar fate meeting a Ben Guy effort at the other end soon after.
Lee Bonis then fired just wide from 20 yards while Philip Lowry was denied by a good Jacob Carney stop after the ball took a deflection.
Portadown moved in front just after the hour when Adam Salley turned and shot from inside the box with the ball going past Sean O'Neill via a deflection off Declan Caddell.
But the Crues hit back with two quick fire goals later in proceedings.
Aidan Wilson levelled on 79 minutes with a back post header from a Paul Heatley corner. Then, sixty seconds later, substitute Jordan Owens sent a rifled finish into the bottom corner.
And the visitors could have bagged a third goal on 87 minutes after Greg Hall brought down Adam Lecky in the box but, from the penalty that followed, Jamie McGonigle saw his effort saved by Carney with a low dive to his right.
Portadown: Carney, Hall, McCallum, Salley, Bonis, Wilson, Croskery, Guy, Kerr, Warde, Tilney subs Buchanan (not used), McKeown (not used), Lavery (replaced Croskery 82), Tipton (not used), Murray (replaced Guy 90), Teggart (not used), Conaty (not used)
Crusaders: O'Neill, Burns, Hegarty, Wilson, Weir, Lowry, McGonigle, Caddell, Forsythe, O'Rourke, Heatley subs Tuffey (not used), Kennedy (replaced Hegarty 4), Cushley (not used), Lecky (replaced Kennedy 58), Ruddy (not used), Owens (replaced Caddell 68), Larmour (not used) 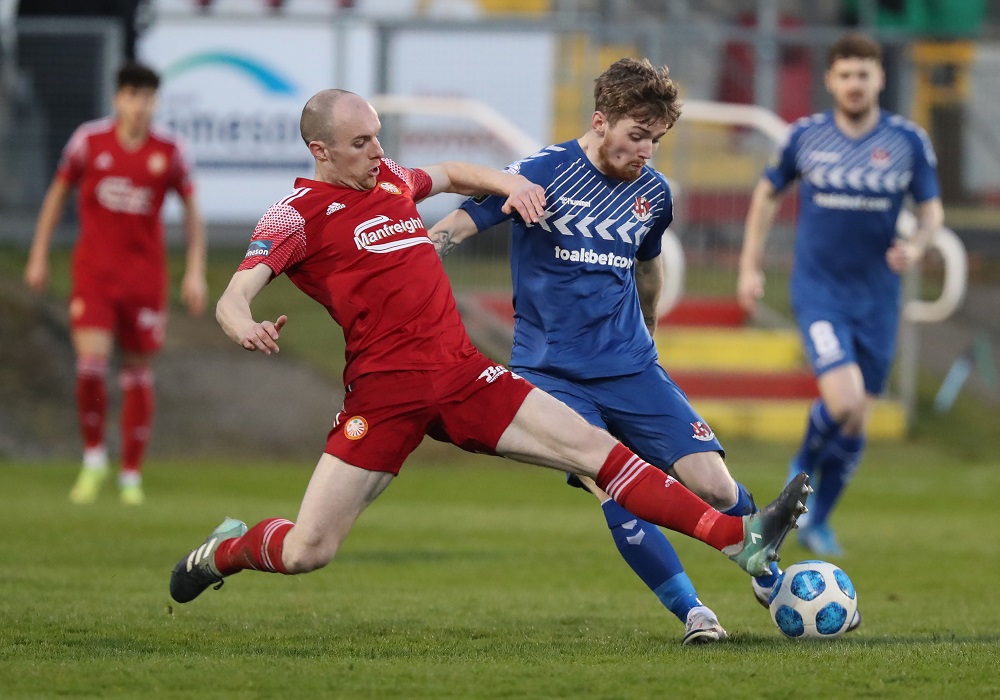 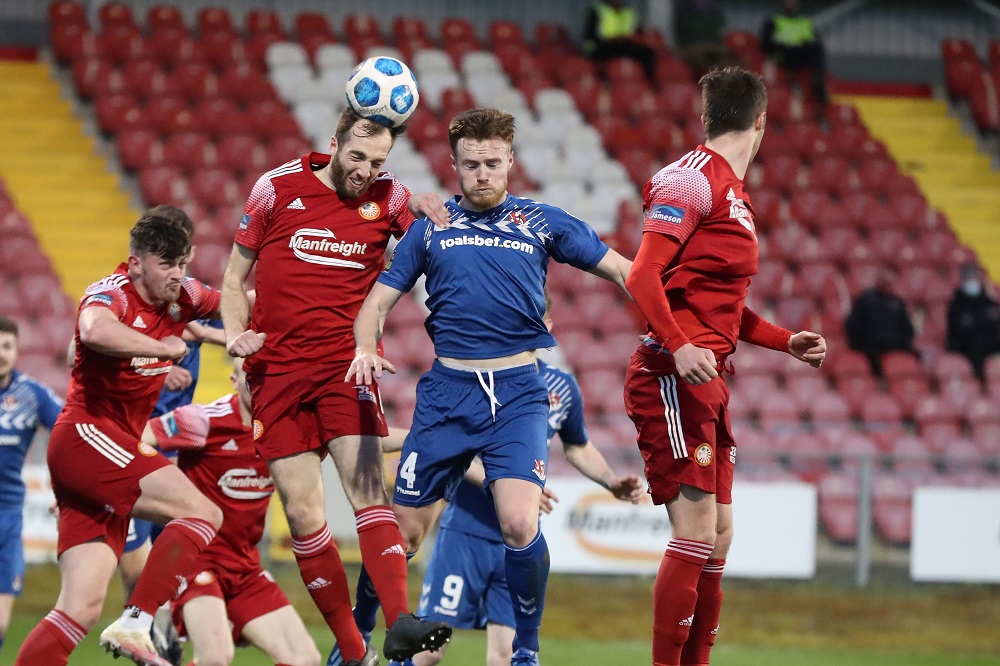 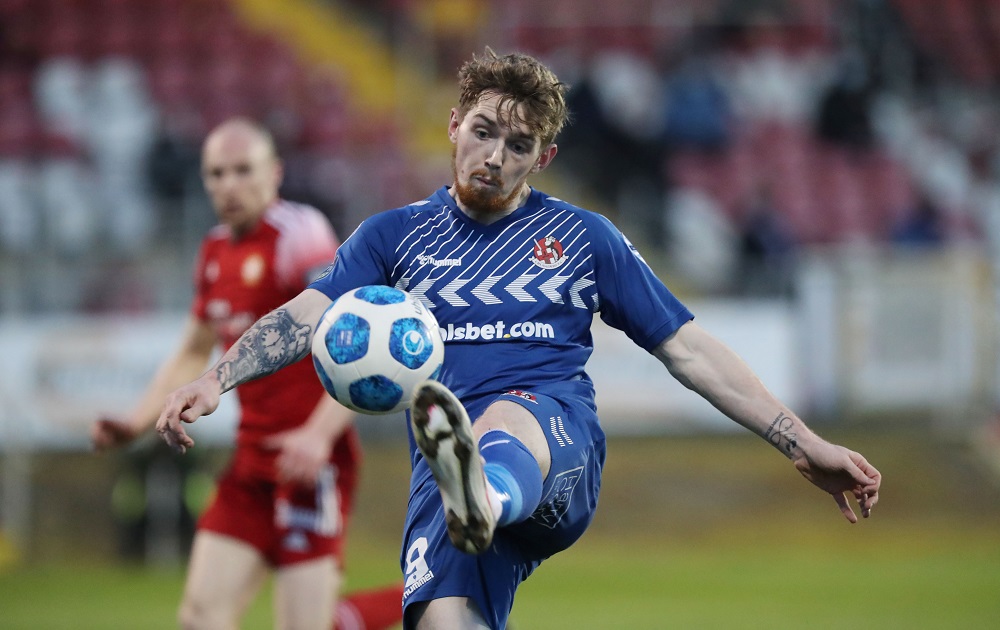 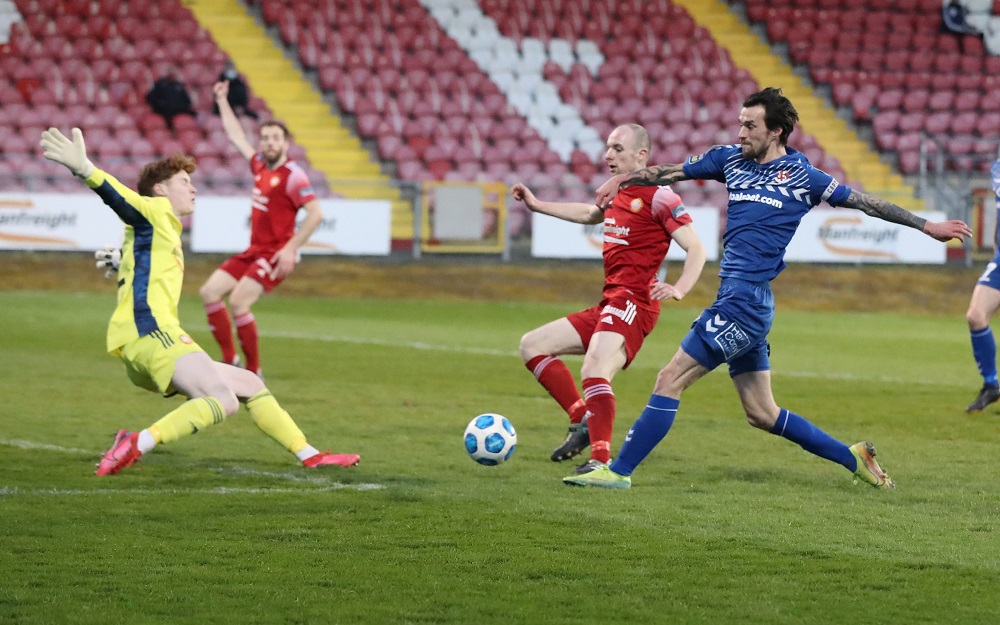 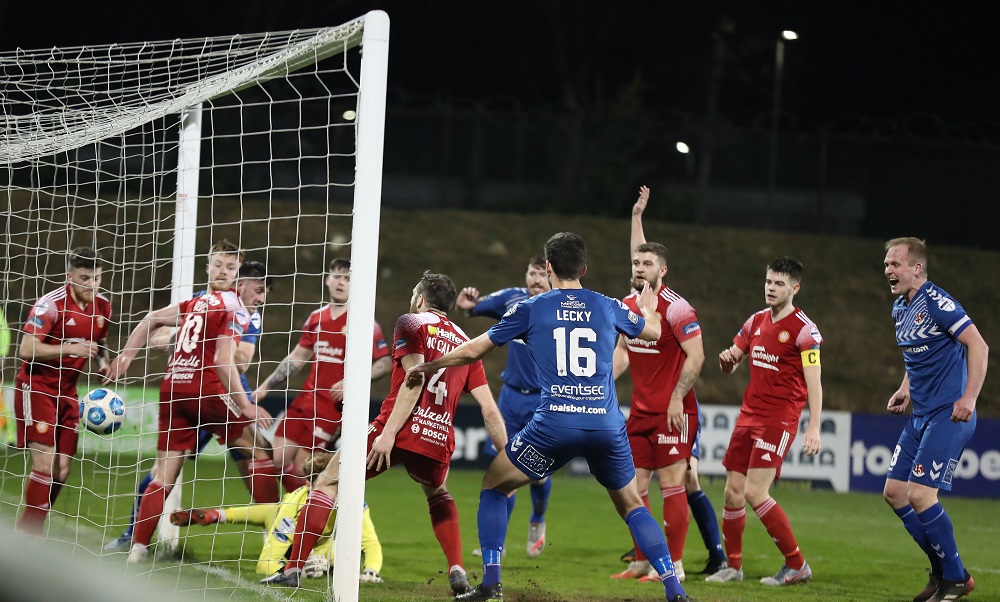 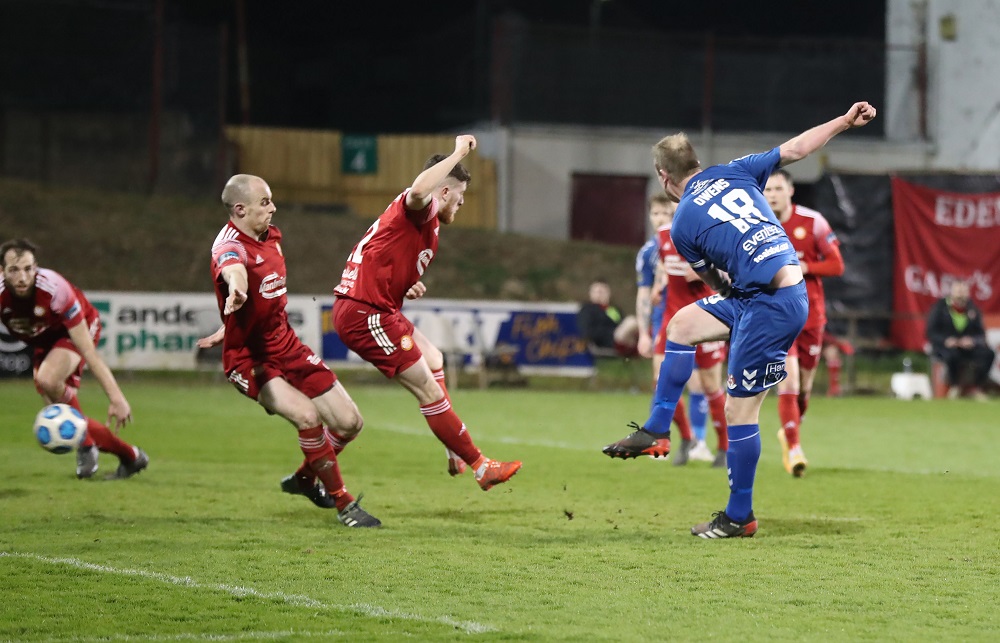