Linfield moved 12 points clear at the top of the table following victory over fellow title challengers Coleraine at Windsor Park.
The Blues created the first notable chance of the game when, after six minutes, Navid Nasseri fired straight at Gareth Deane after intercepting a poor pass.
At the other end Josh Carson fired over while Lyndon Kane sent an effort wide.
Linfield moved in front after 17 minutes. A Stephen Lowry pass was cut out by Matthew Clarke who combined with Nasseri before finding Jordan Stewart who turned in the box and fired past Deane high into the net.
It was almost 2-0 a couple of minutes later after the Coleraine defence failed to clear the ball with Nasseri pouncing and firing just wide with his left foot.
Shayne Lavery then came close on 34 minutes but sent a low shot the wrong side of the upright after Deane closed down the angles.
The Bannsiders might have levelled soon after that following a poor clearance from Chris Johns which only reached Jamie Glackin but he was fouled by Niall Quinn as he geared up to shoot.
Stewart almost added a second on 43 minutes but could only drag the ball wide after being played through by Lavery.
However, he went one better moments later to double his tally for the evening. Lavery played his part in beating Kane before sending the ball over from the left for Stewart to get around Deane and squeeze into the net from a tight angle.
There might have been a third on 53 minutes only for Kirk Millar to fire into the side netting at the back post before, four minutes after that, Cameron Palmer produced a superb fingertip save from Deane with a 25-yard effort.
Coleraine were handed a glimmer of hope just after the hour when Quinn was handed his second booking for a foul on Matthew Shevlin.
Buoyed by their extra man they pushed hard to claw their way back into proceedings with Carson testing Johns from distance followed by an Ian Parkhill effort from just inside the box.
They eventually found a way through following a period of dominance with four minutes remaining when Glackin crossed from the left for substitute Curtis Allen to head beyond Johns and set up a grandstand finish.
But the Bannsiders were reduced to ten men themselves in the third minute of stoppage time after Canning was dismissed for bringing down Christy Manzinga who had broken clear and with it any change of earning a last gasp equaliser.
Linfield: Johns, Larkin, Haughey, Callacher, Stewart, Millar, Lavery, Nasseri, Clarke, Quinn, Palmer subs Moore (not used), Stafford (not used), Newberry (not used), Waterworth (not used), Manzinga (replaced Lavery 75), Fallon (replaced Nasseri 65), Pepper (not used)
Coleraine: Deane, Kane, Canning, Jarvis, Lowry, Bradley, Carson, O'Donnell, Glackin, Traynor, Shevlin subs Gallagher (replaced Deane 61), Wilson (not used), Tweed (not used), Parkhill (replaced Shevlin 69), Allen (replaced Jarvis 69), Nixon (not used), Beverland (not used) 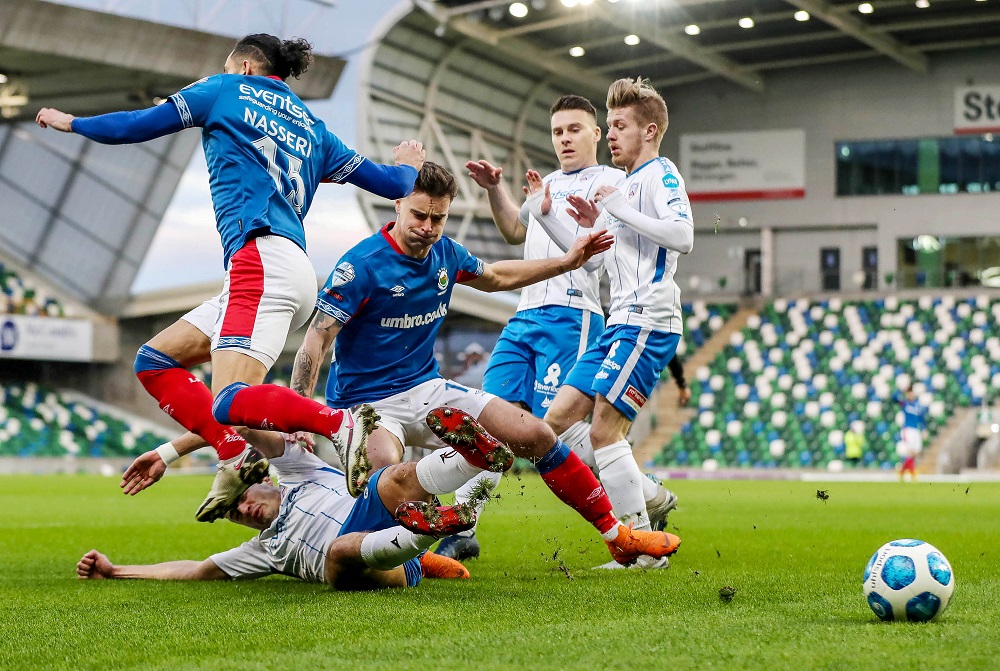 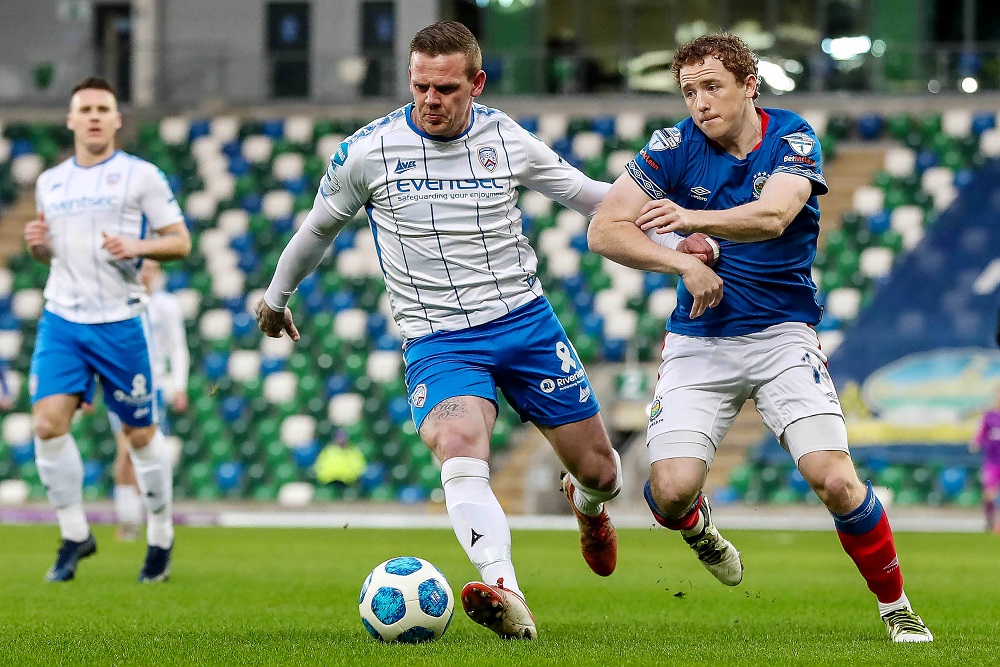 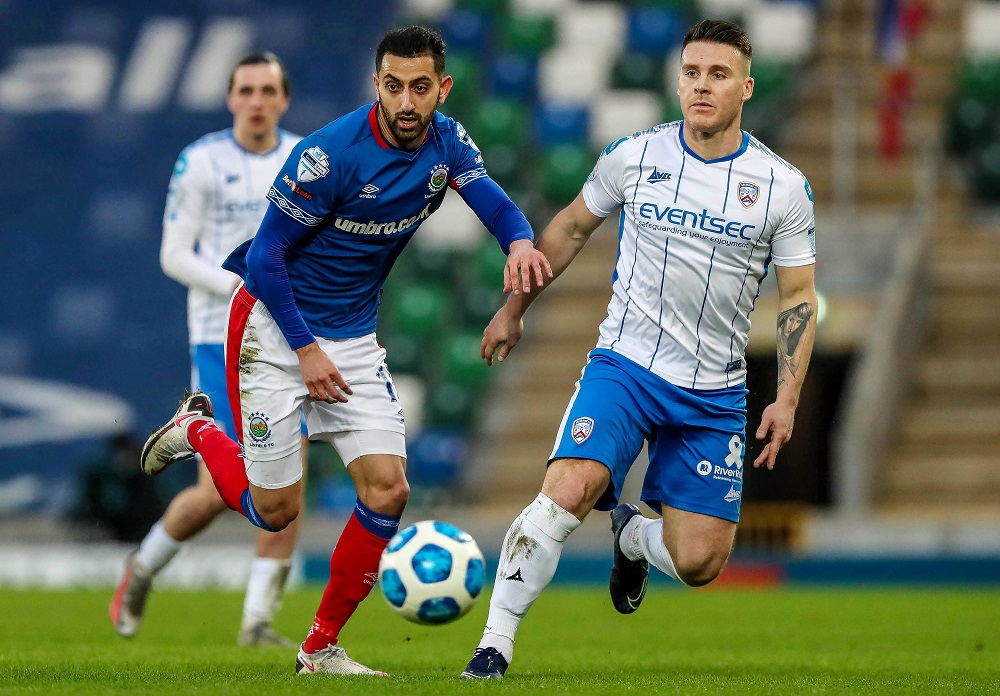 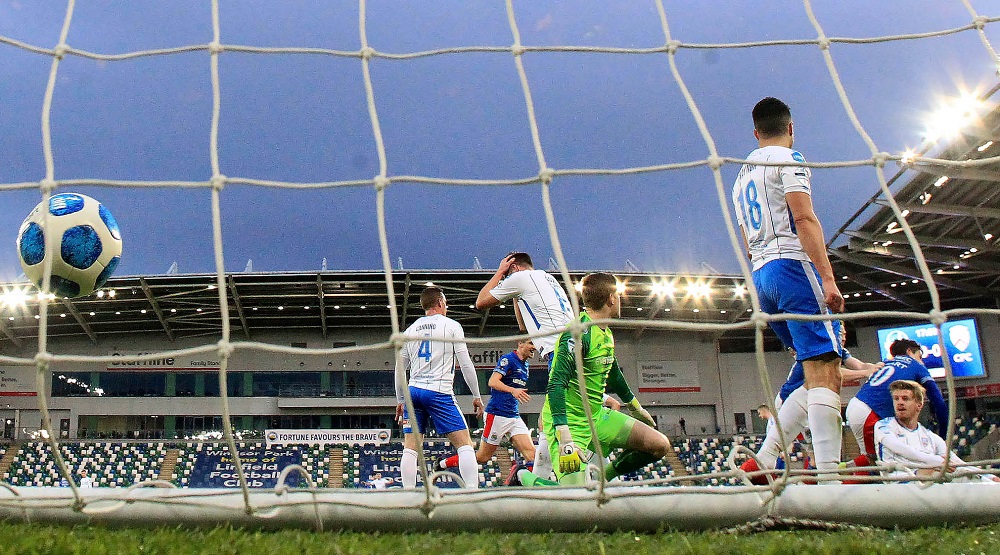 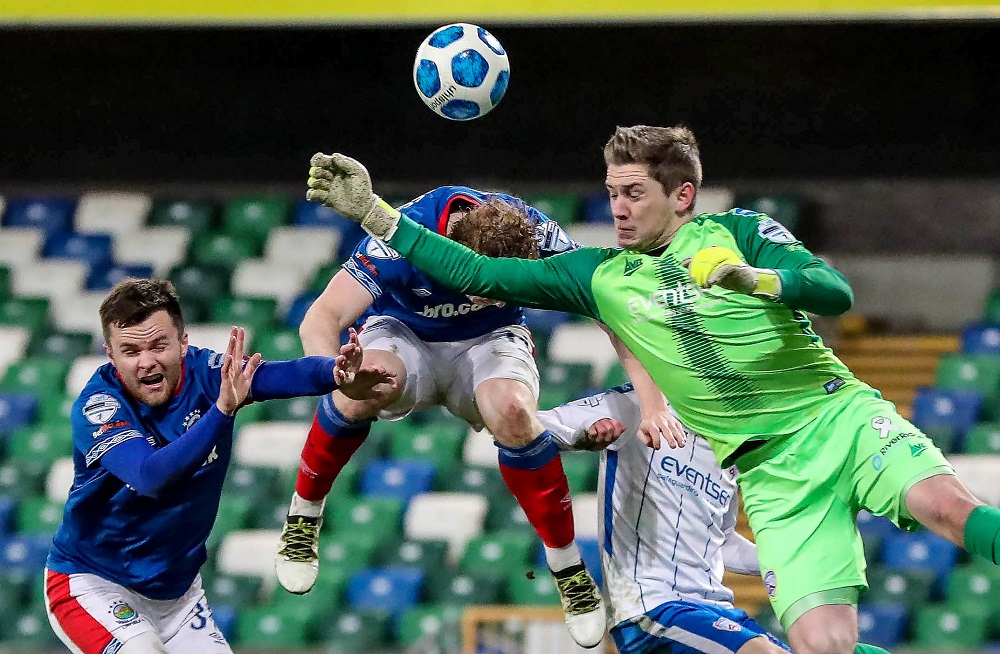 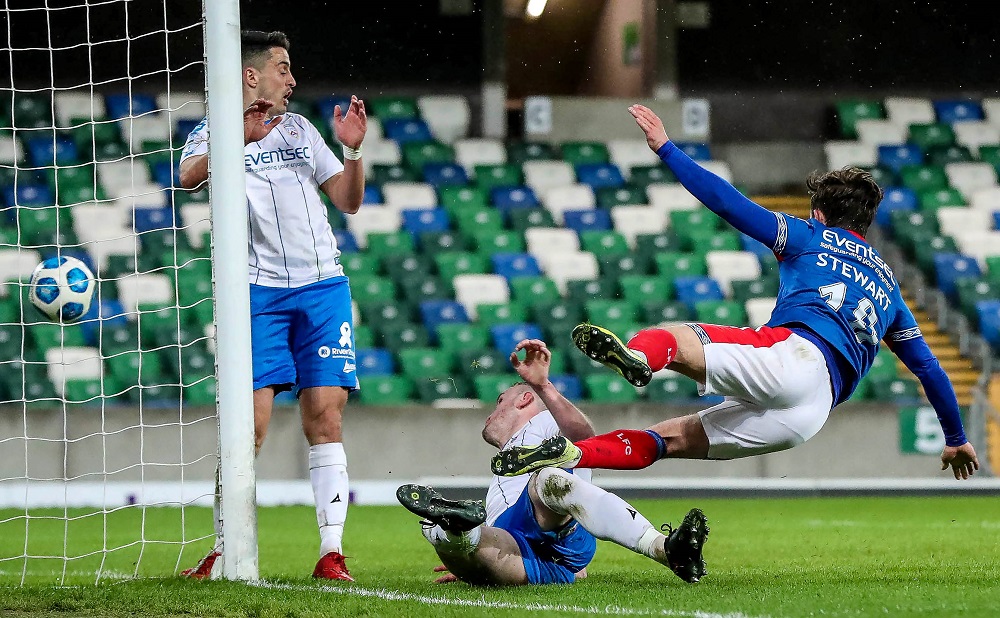