ALL SQUARE AT THE OVAL

It ended all square between Glentoran and Coleraine when third hosted second at The Oval.
The Glens got off to a bright start and might have taken the lead through Patrick McClean but he couldn't convert Gael Bigirimana's delivery while Marcus Kane then directed a firm header off target.
But it only took Glentoran six minutes to open the scoring. Luke McCullough sent a long ball forward which Robbie McDaid knocked on for Jay Donnelly to fire a superb left-foot shot beyond keeper Martin Gallagher.
McCullough might have made it 2-0 himself a short time later but his half volley at the near post struck the crossbar before going over.
Coleraine levelled just before the half-hour mark with their first real effort of the game when Jamie Glackin sent over a free-kick for Matthew Shevlin to get ahead of Rory Brown and glance into the net.
And they had further opportunities after that with Shevlin having an effort turned away while Stephen Lowry was denied by keeper Brown.
Jamie Glackin came close for Coleraine after the break when he got on the end of a Ronan Wilson pass but could only send a right foot shot over.
However, the visitors did edge into the lead on 70 minutes with Shevlin's second of the evening, a low finish after beating Rhys Marshall to a ball into the box.
It was only a short lived advantage, however, when in bizarre circumstances just seven minutes later Josh Carson turned the ball into his own net some 35 yards from goal after attempting to beat Hrvoje Plum to the ball and duly sending it over his own keeper.
Glentoran: Brown, Kane, McCullough, Bigirimana, R. Donnelly, McDaid, McClean, Clucas, Plum, Marshall, J. Donnelly subs Morris (not used), Gallagher (not used), McDonagh (not used), Mitchell (not used), O'Connor (replaced Plum 83), Crowe (not used), Marron (not used)
Coleraine: Gallagher, Kane, Canning, Jarvis, Lowry, Carson, Wilson, O'Donnell, Glackin, Traynor, Shevlin subs Henderson (not used), Mullan (not used), Doherty (replaced Wilson 66), Bradley (replaced Shevlin 86), Tweed (not used), Allen (not used), Nixon (not used) 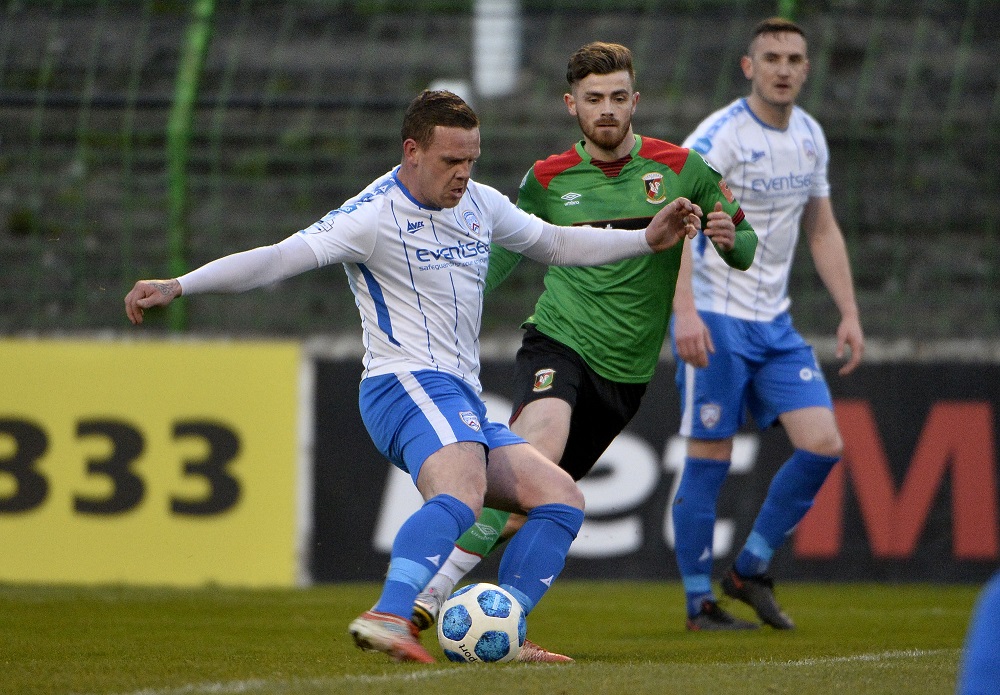 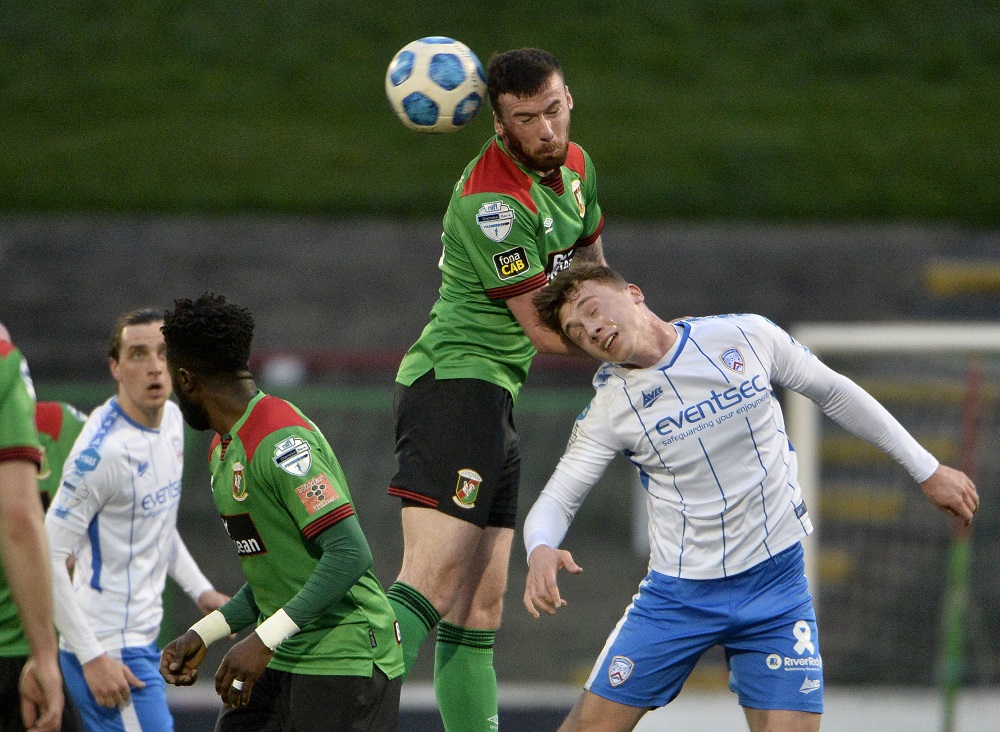 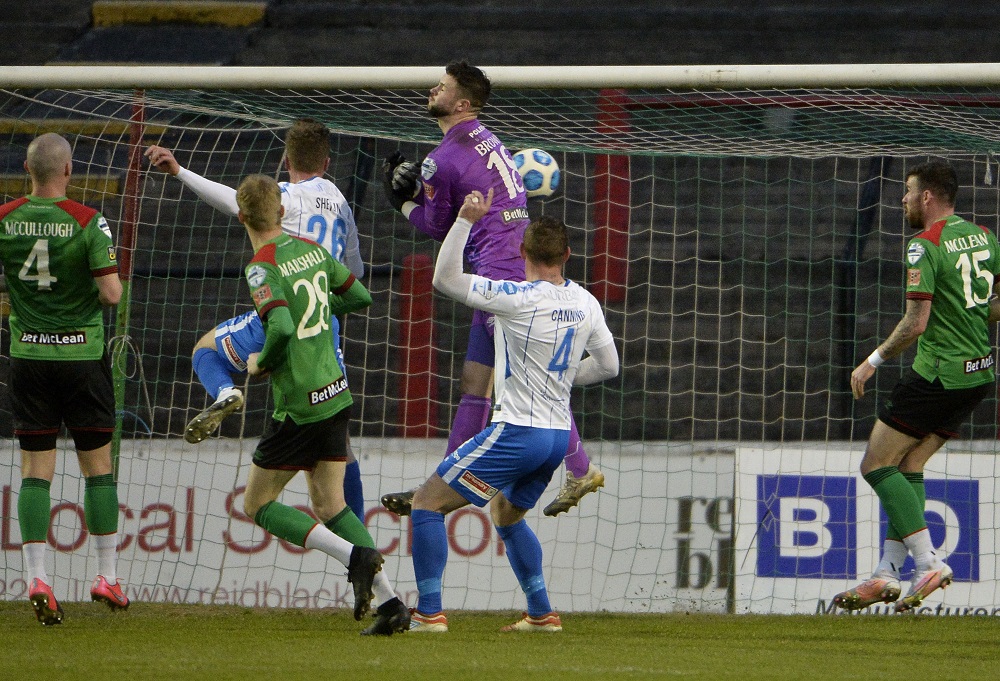 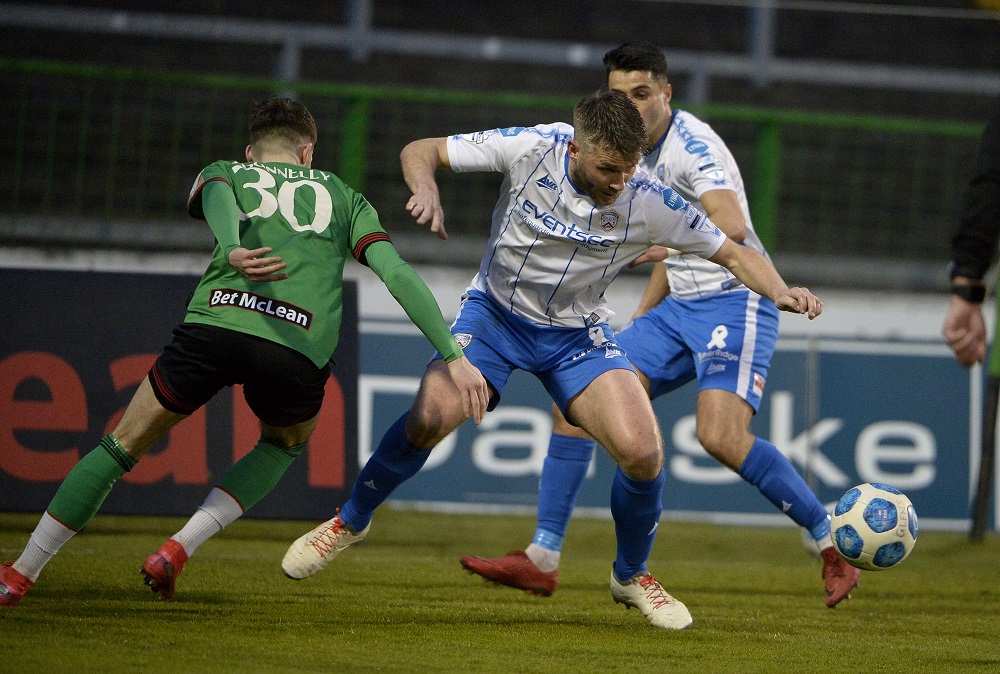 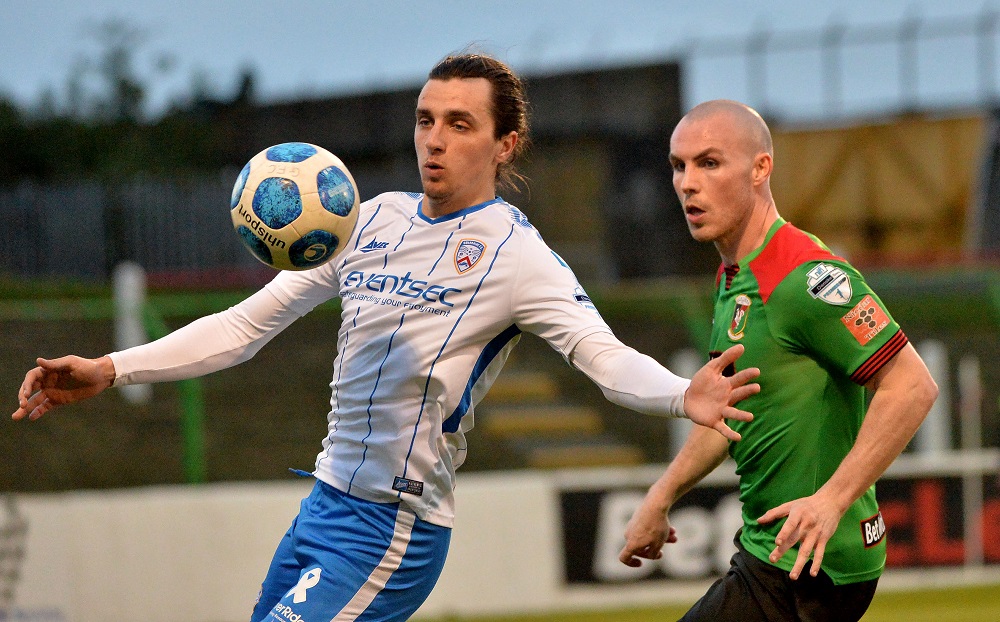 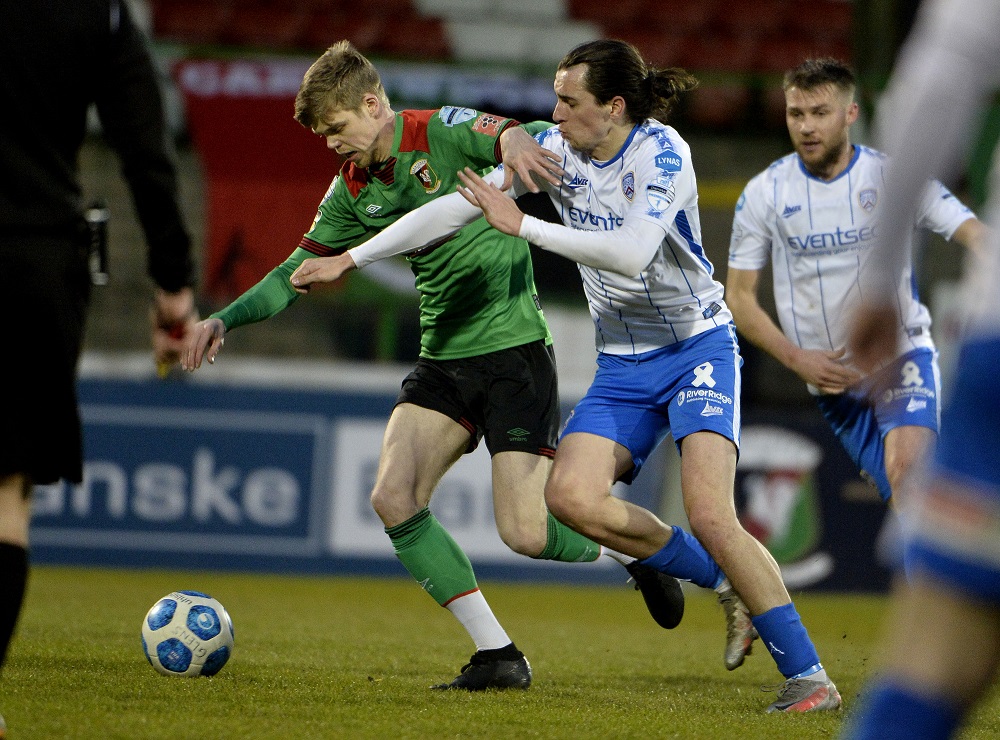