NOTHING BETWEEN BANNSIDERS AND GLENS - AGAIN!

Coleraine and Glentoran couldn't be separated for the second time in three days as the sides shared the points at The Showgrounds.
A bright, energetic start to proceedings saw Glentoran create the majority of the early chances with Andrew Mitchell sending the ball wide from a tight angle while both Rhys Marshall and Marcus Kane had efforts blocked soon after.
Marshall then had another chance but couldn't direct his header on target before play switched for Matthew Shevlin to produce a terrific save from Rory Brown.
That pattern followed with Robbie McDaid firing over at one end and Stephen Lowry testing Brown with a half volley at the other.
Patrick McClean then made Martin Gallagher make a save to deny his header while, a few minutes later, McClean then blocked Lowry from getting a shot on goal.
But the deadlock was ultimately broken in Glentoran's favour when, three minutes from the break, McDaid fired into the bottom corner after Ciaran O'Connor had laid the ball off into his path.
And McDaid might have made it 2-0 moments later only to head inches wide from Mitchell's cross.
As with the first half, Glentoran created the early chances after the break with McDaid sending a low effort wide followed quickly by a ball into the net but this was ruled out offside.
However, Coleraine levelled on 64 minutes. A terrific cross from Ben Doherty was met by both Shevlin and Eoin Bradley with the former appearing to get the final touch from close range.
The Bannsiders had a big chance with just under a quarter-of-an-hour remaining when Bradley's flick found Shevlin but he was unable to find the target while, with a couple of minutes remaining, Bradley sent a free-kick over the bar.
Glentoran had one last opportunity, too, when Dale Gorman sent the ball over for substitute Rory Donnelly only for his header to go just over.
Coleraine: Gallagher, Kane, Canning, Lowry, Bradley, Carson, Tweed, O'Donnell, Glackin, Traynor, Shevlin subs Henderson (not used), Mullan (not used), Jarvis (not used), Doherty (replaced Tweed 52), McLaughlin (replaced Bradley 89), Wilson (not used), Allen (replaced Shevlin 80)
Glentoran: Brown, Kane, McCullough, Bigirimana, McDaid, Mitchell, McClean, Clucas, O'Connor, Marron, Marshall subs Morris (not used), Gallagher (not used), McDonagh (not used), Gorman (replaced Clucas 38), R. Donnelly (replaced Kane 73), Plum (not used), J. Donnelly (replaced Mitchell 54) 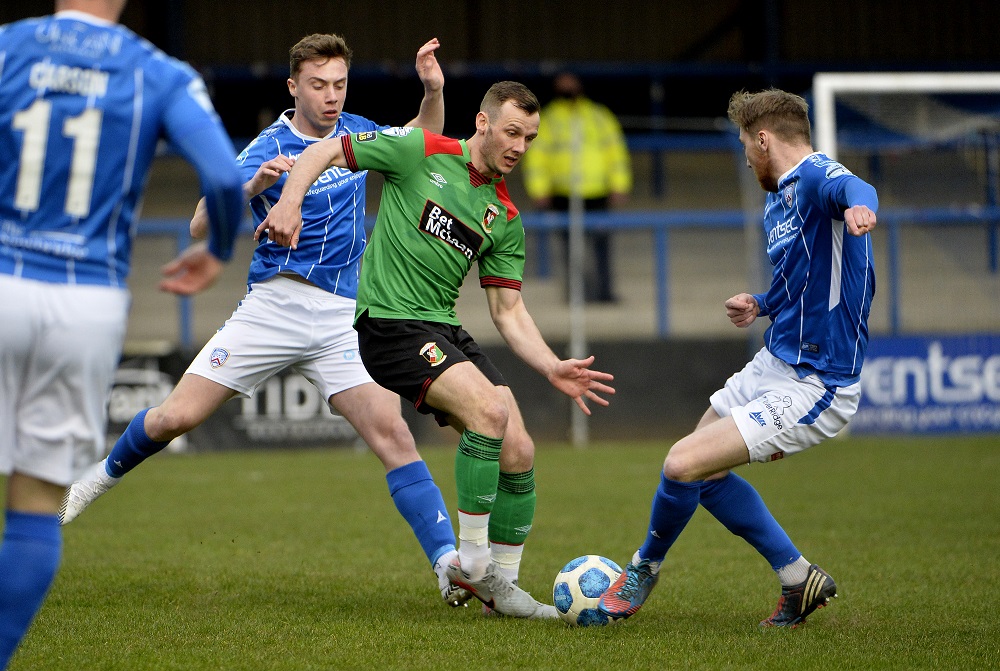 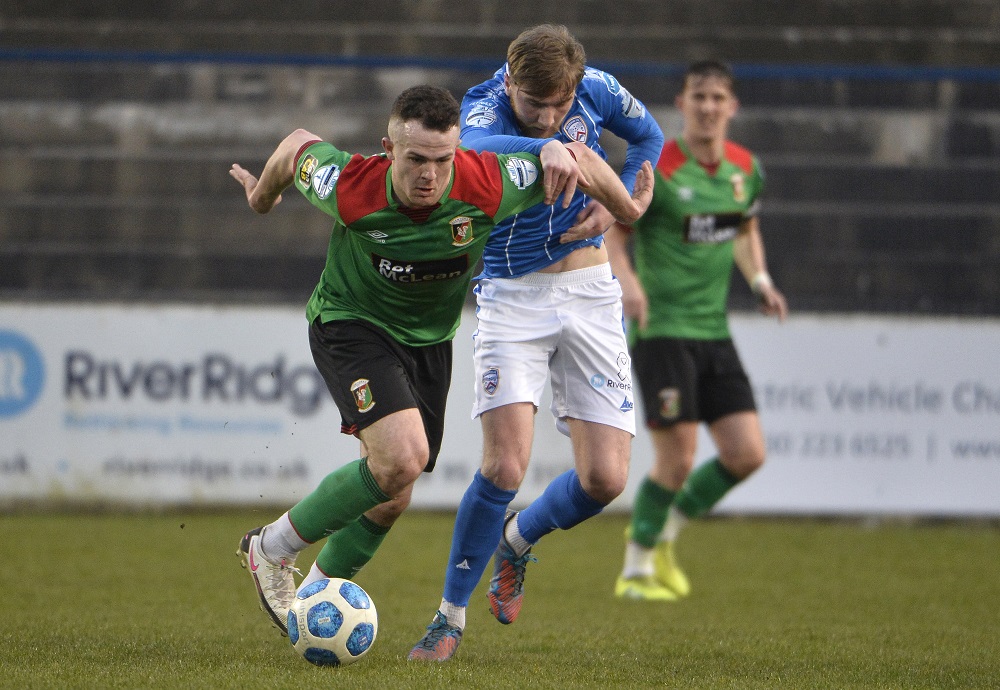 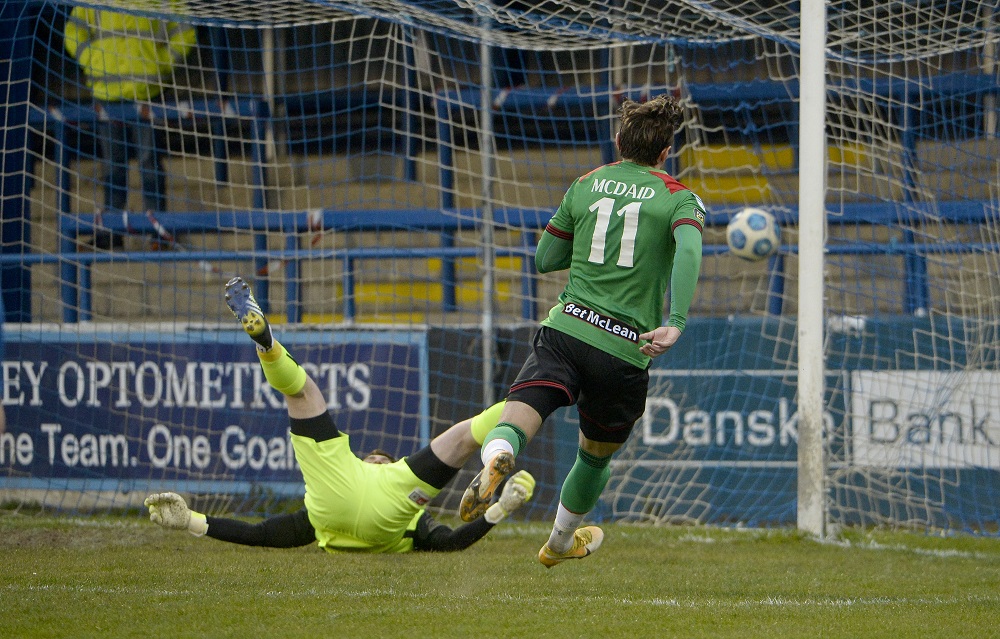 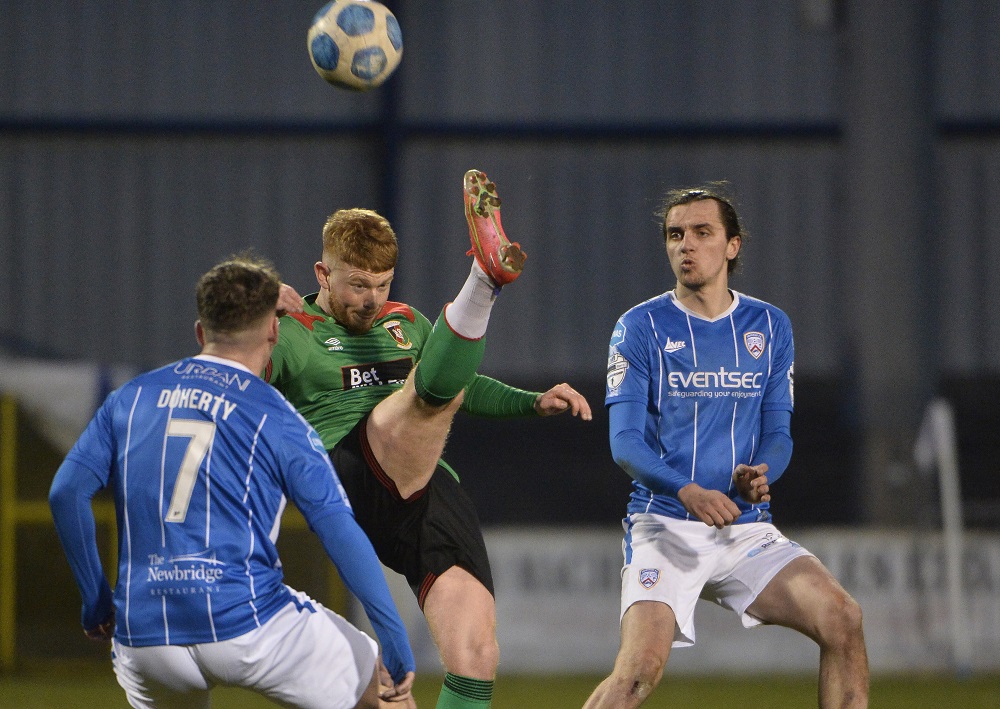 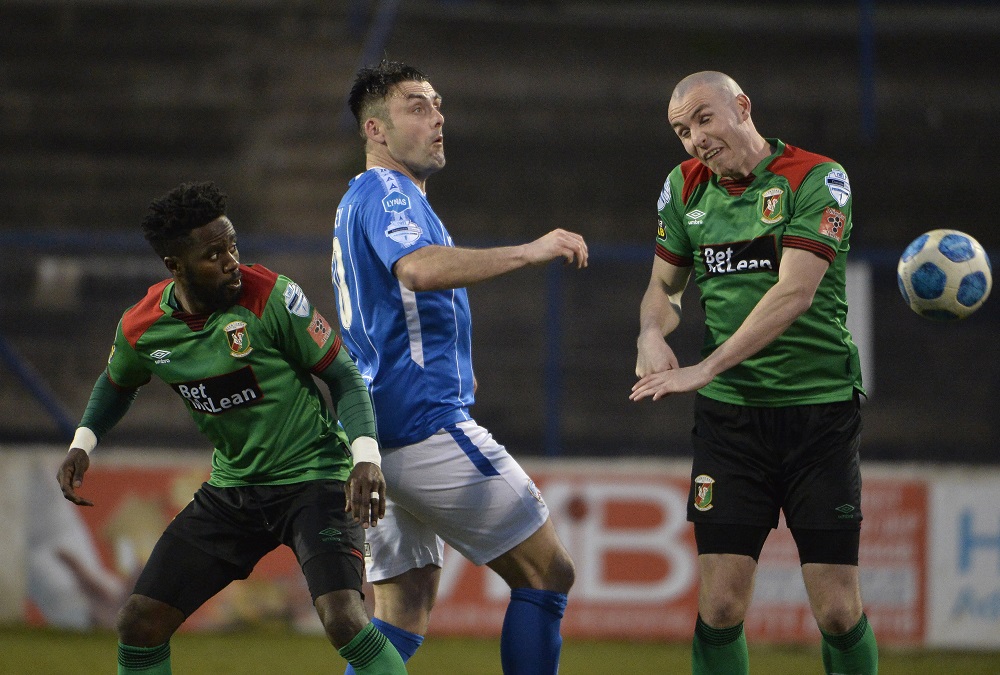 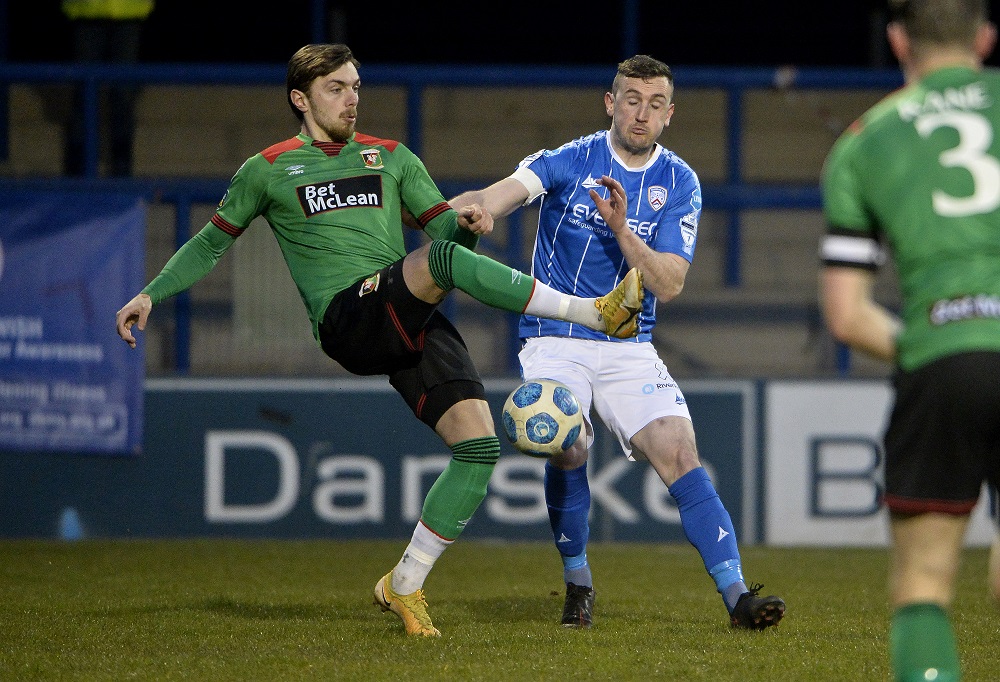