Crusaders stormed back from going behind to an early goal to hit Glenavon for six at Seaview.
Glenavon moved in the eighth minute through Matthew Fitzpatrick who knocked the ball home from just outside the box with a right-foot finish after Daniel Purkis had teed him up.
Crusaders levelled ten minutes later, however, when Gary Thompson found Philip Lowry who, in turn, slotted the equaliser past Craig Hyland.
Then, moments after that, Jamie McGonigle almost made it 2-1 after initially doing very well to control a ball over the top only to drag his shot wide.
But, on 25 minutes, the Crues did go in front when Jordan Forsythe exploited the space in the Glenavon defence to thread the ball through for Paul Heatley take past Hyland and duly fire high into the empty net.
Ross Clarke made it 3-1 to the Crues a couple of minutes after the break when his cross to the far post, presumably intended for Heatley, ended up in the net!
Heatley doubled his tally for the evening on 68 minutes. On this occasion Clarke did find him with the ball after which he took it past Hyland for the second time and walked it into the net.
Jamie McGonigle then hit two goals in the space of four minutes to round off a successful night for the Crues.
With a quarter-of-an-hour remaining he finished off a great move involving Heatley and Billy Joe Burns with a point blank header.
Then, on 79 minutes, he followed that up with a spectacularly unstoppable right-footed curling effort from outside the box into the top right corner.
Crusaders: O'Neill, Burns, Lowry, McGonigle, Forsythe, O'Rourke, Lecky, Brown, Thompson, Heatley, R. Clarke subs Tuffey (not used), Weir (replaced Thompson 77), Cushley (not used), Caddell (replaced Lowry 83), Ruddy (not used), Larmour (not used), A. Clarke (replaced R. Clarke 83)
Glenavon: Hyland, Coates, A. Doyle, Purkis, Campbell, Moorhouse, Harmon, O'Connor, Fitzpatrick, Singleton, Ward subs J. Taylor (not used), Byrne (not used), Hall (replaced Moorhouse 51), Douglas (replaced Harmon 51), J. Doyle (not used), McCaffrey (replaced Purkis 58), O. Taylor (not used) 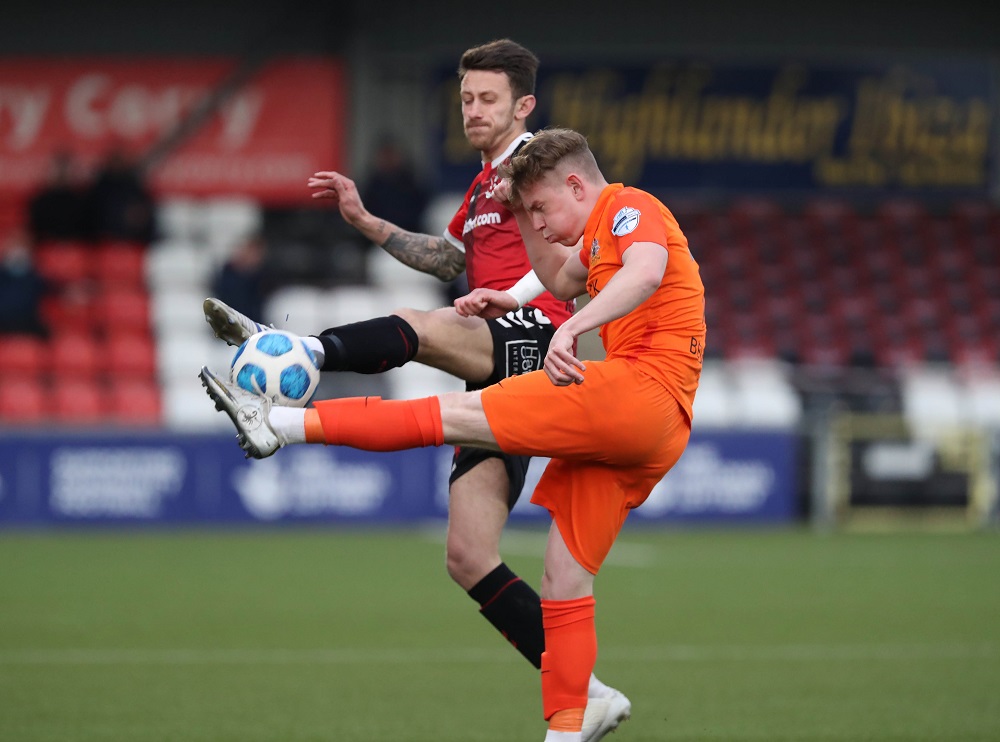 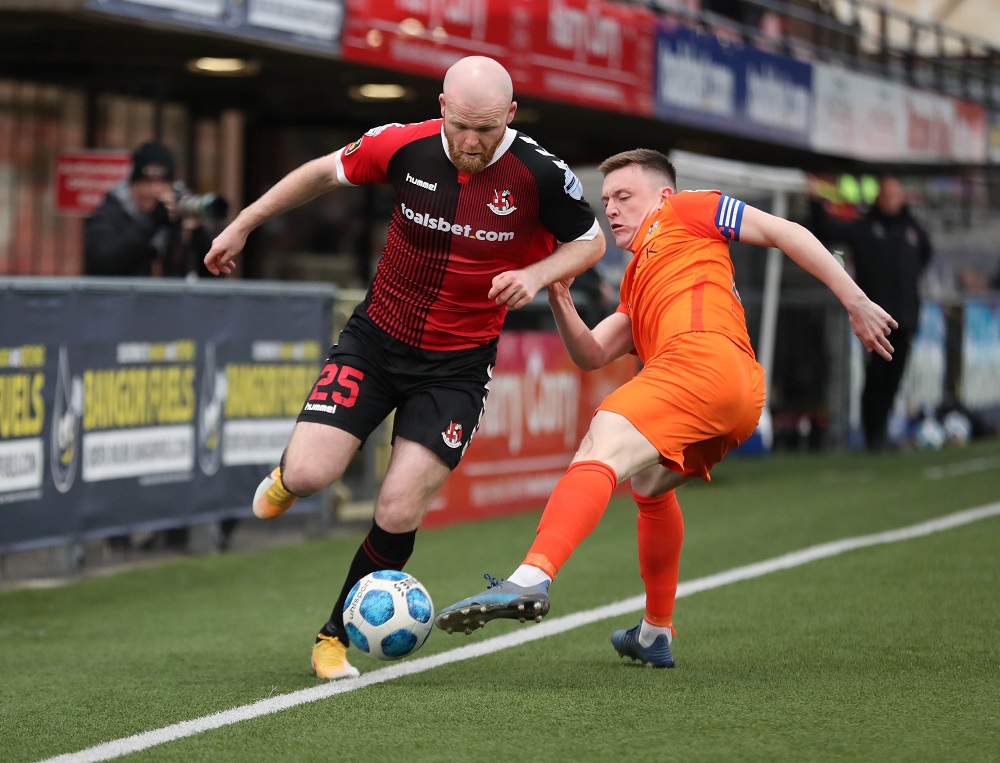 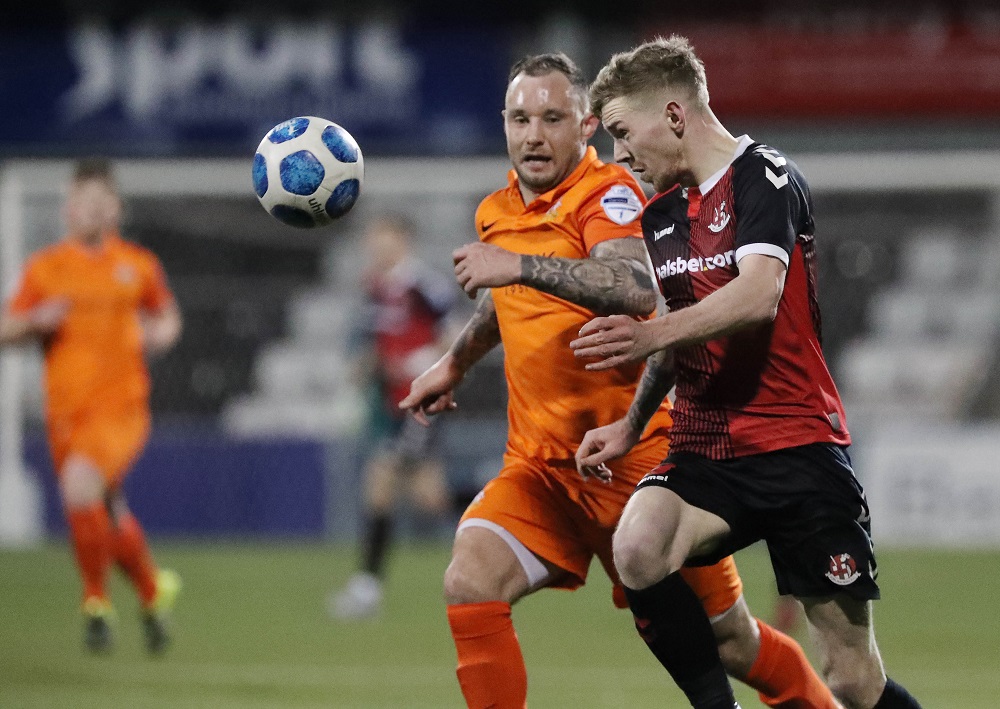 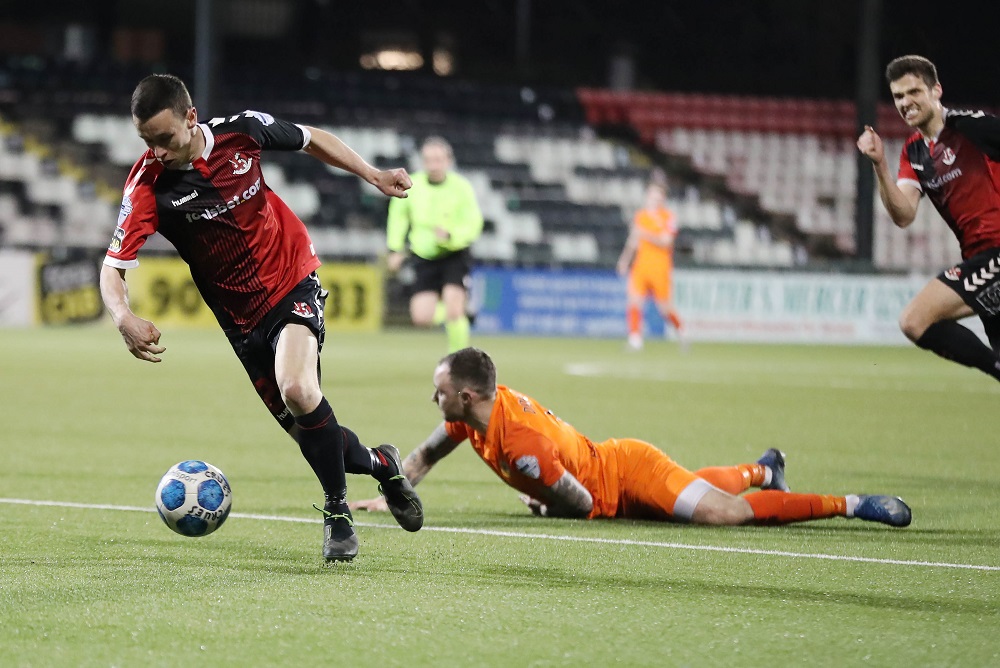 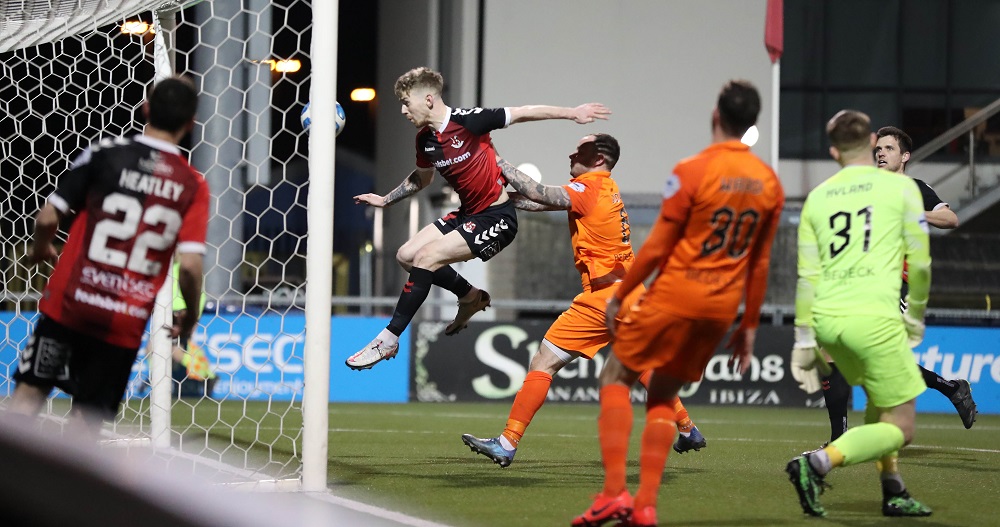 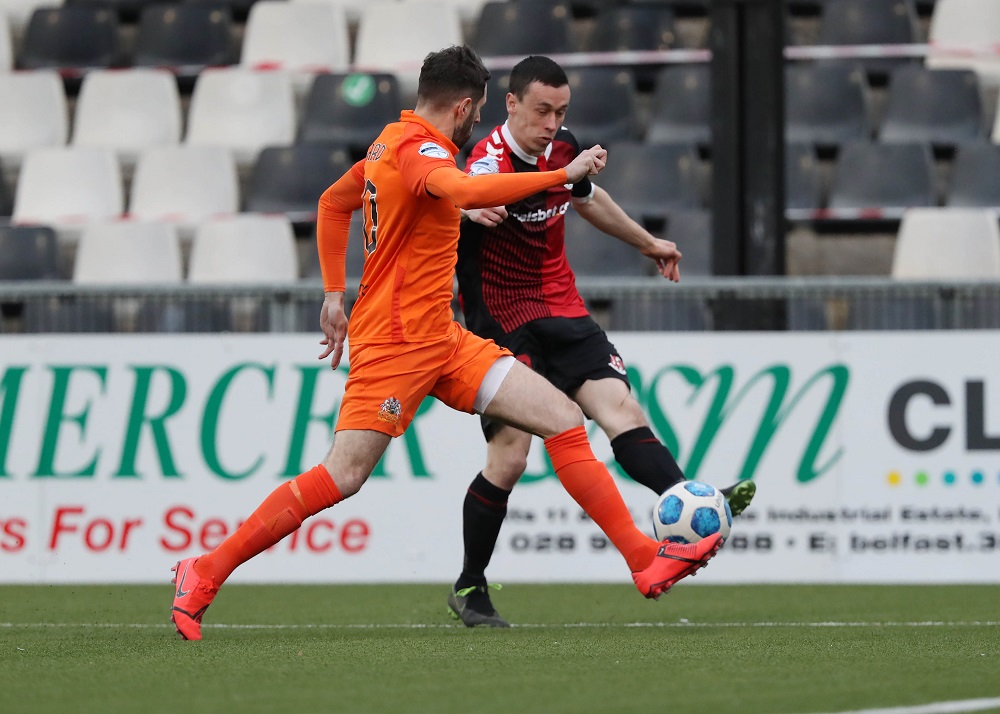