NO GOALS AT THE OVAL

Glentoran and Linfield failed to find the net in an at times tense and cagey affair at The Oval.
With plenty of stake it was perhaps no surprise the sides went in at the break all square and scoreless.
Linfield's Mark Stafford had the first chance when, in the opening five minutes, he rose to meet a cross only to nod just wide before play switched to the other end for Rory Donnelly to pounce on some careless defending and force Chris Johns into a low save.
As the first half progressed Linfield seemed to be on top, threatening to take the lead midway through when Joel Cooper found Shayne Lavery but he could only drag his shot the wrong side of the target.
Lavery was a danger again just before the break when he tested Rory Brown with a low left-foot save but the Glentoran keeper was equal to the challenge.
The second half started off quietly with chances at a premium at either end and what openings did present themselves were squandered.
Glentoran had a gilt-edged opportunity to take the lead with just under a quarter-of-an-hour remaining. Jimmy Callacher was adjudged to have handled a Gael Bigirimana effort but from the spot-kick that followed Robbie McDaid could only look on as Johns dived to his left to keep the ball out.
Linfield might have secured all three points deep into stoppage time. Kirk Millar saw an effort pushed out by Rory Brown only as far as Andy Waterworth who headed the ball back towards goal but Rhys Marshall was well placed to make a goalline clearance.
Glentoran: Brown, Kane, McCullough, Bigirimana, Gorman, R. Donnelly, McDaid, McClean, Marron, Marshall, J. Donnelly subs Morris (not used), Gallagher (not used), McDonagh (not used), Mitchell (replaced Gorman 85), Stewart (not used), O'Connor (replaced Kane 68), Crowe (not used)
Linfield: Johns, Stafford, Haughey, Callacher, Stewart, Millar, Lavery, Fallon, Mulgrew, Quinn, Cooper subs Moore (not used), Waterworth (replaced Stewart 74), Manzinga (replaced Lavery 82), Nasseri (replaced Cooper 70), Clarke (not used), Pepper (not used), Palmer (not used) 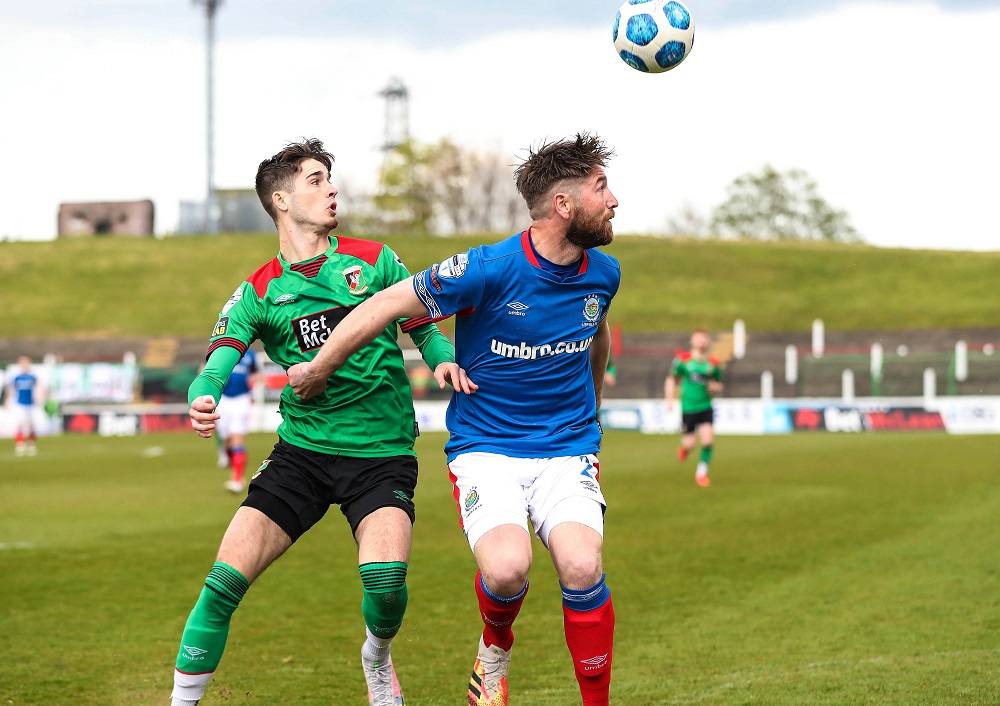 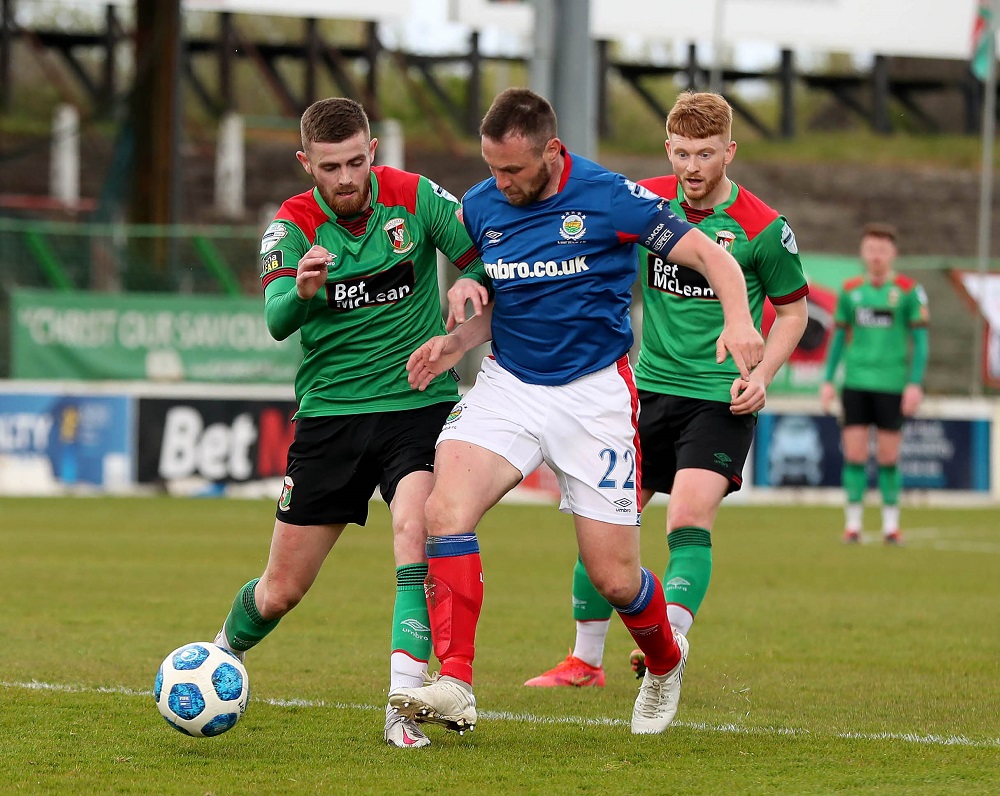 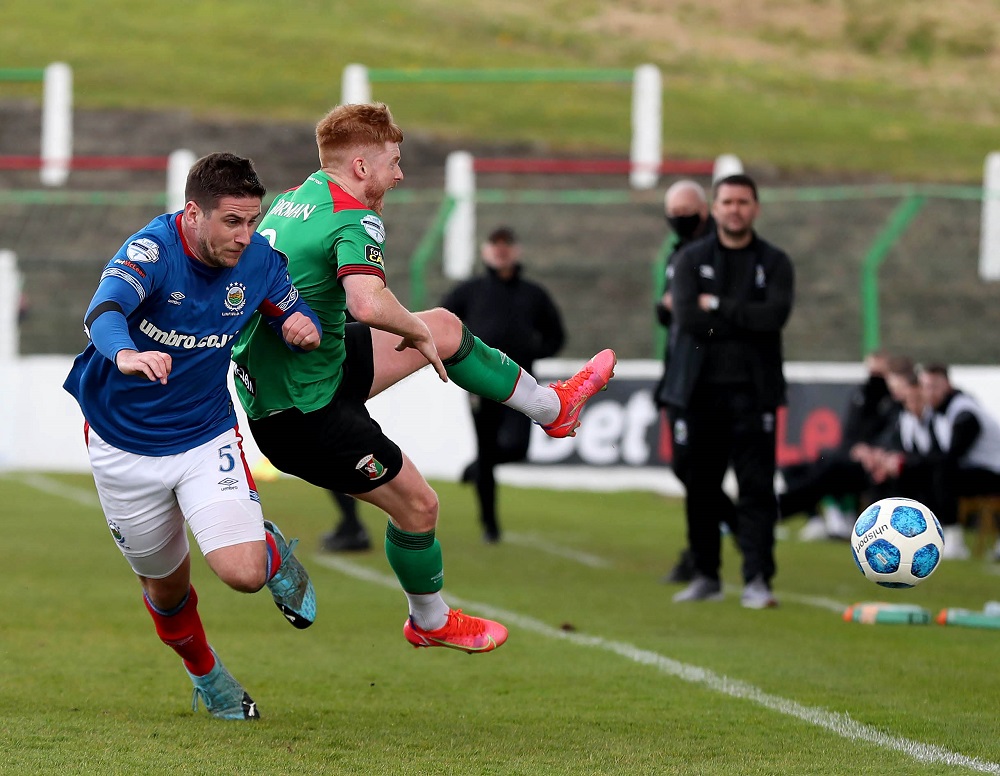 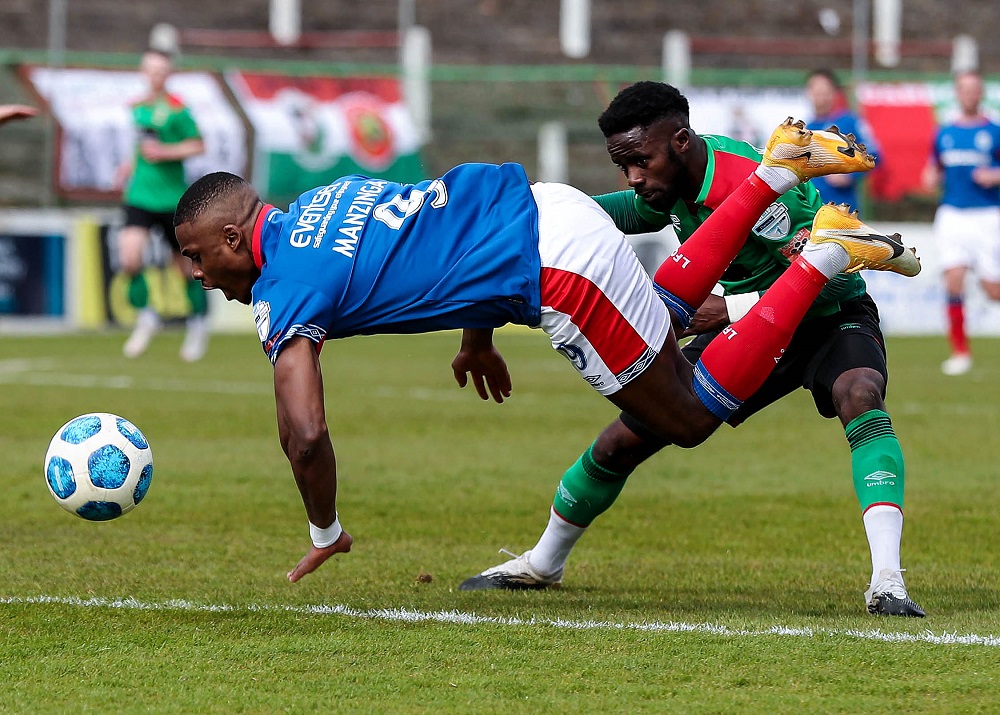 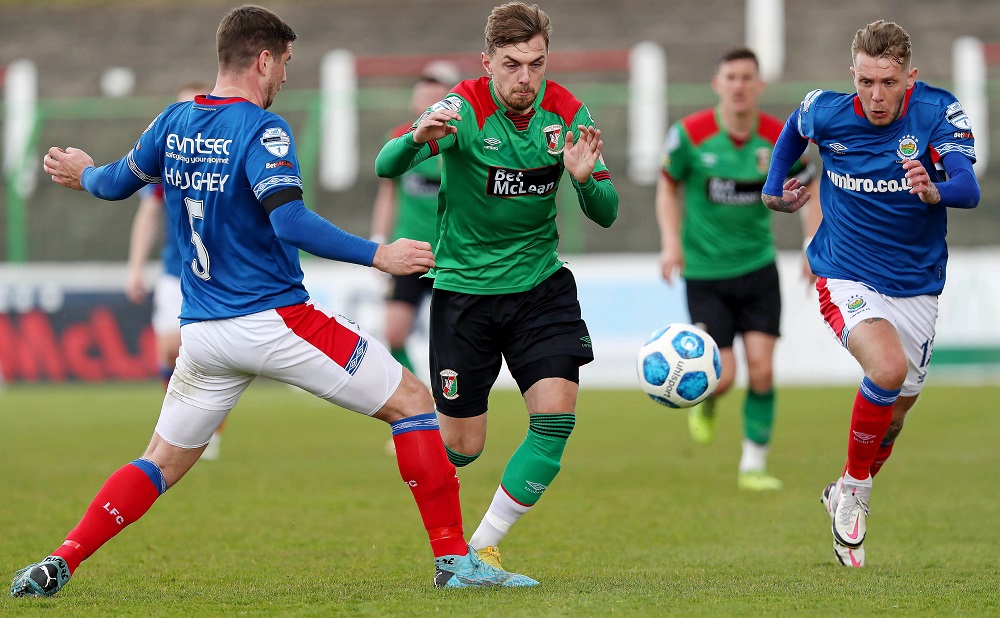 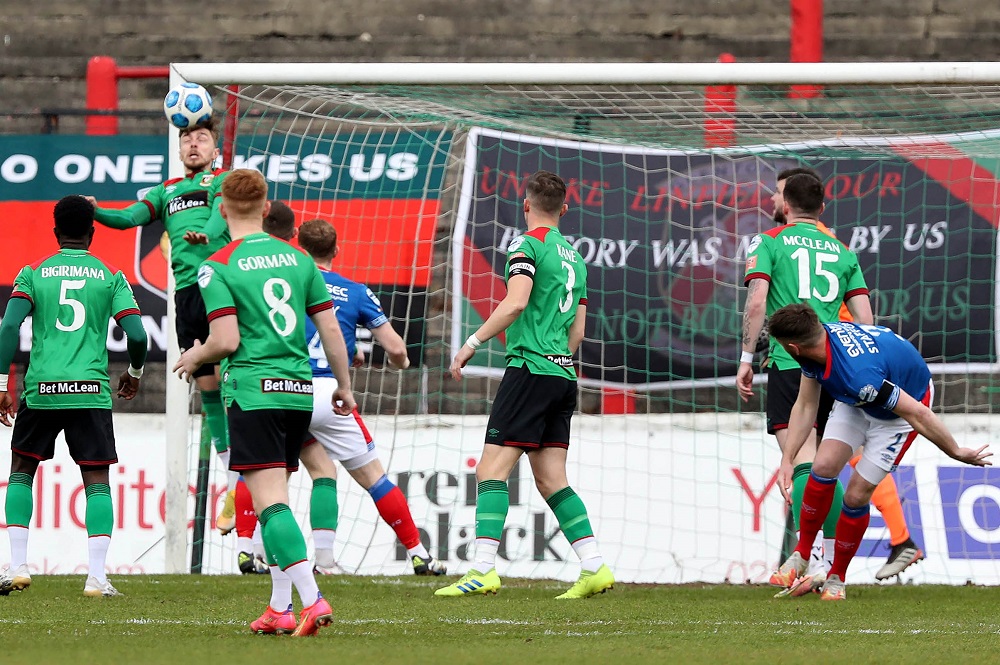