Coleraine remain a point clear of Glentoran in the battle for second spot following this draw between the sides at The Oval.
The Bannsiders might have grabbed the lead early on when, from a Ben Doherty corner, Stephen O'Donnell saw his header graze the crossbar.
On ten minutes Eoin Bradley sent a free-kick wide from 25 yards while an Andrew Mitchell set piece midway through the half found Robbie McDaid but he couldn't keep his header on target.
McDaid had further chances after that, heading over from a Patrick McClean ball and sending a Mitchell flick wide.
Seanan Clucas had an opening for the Glens just before the hour only to smash the ball over from inside the box before a Jay Donnelly 25-yard effort met a similar fate soon after.
Jay Donnelly was then denied by Martin Gallagher while Rhys Marshall fired the wrong side of the target with his left foot after racing into the box.
Glentoran eventually found a way through with 12 minutes to go after Dale Gorman sent over a perfectly delivered free-kick for Rory Donnelly to direct a header past Gallagher.
Ciaran O'Connor almost added a second soon after before, on 87 minutes, Gorman rattled the crossbar with a 25-yard free-kick.
But, with a minute of normal time remaining, Stephen Lowry bagged Coleraine's equaliser with a powerful effort from the edge of the area via a deflection off McClean.
Glentoran: Brown, McCullough, Bigirimana, R. Donnelly, McDaid, Mitchell, McClean, Clucas, Marron, Marshall, J. Donnelly subs Morris (not used), Gallagher (not used), McDonagh (not used), Gorman (replaced Clucas 77), O'Connor (replaced Mitchell 57), Crowe (not used), Cowan (not used)
Coleraine: Gallagher, Kane, Canning, Jarvis, Doherty, Lowry, Bradley, Carson, O'Donnell, Traynor, Shevlin subs Mullan (not used), McLaughlin (replaced Shevlin 60), Wilson (not used), Tweed (not used), Parkhill (not used), Allen (replaced Bradley 71), Nixon (replaced Jarvis 81) 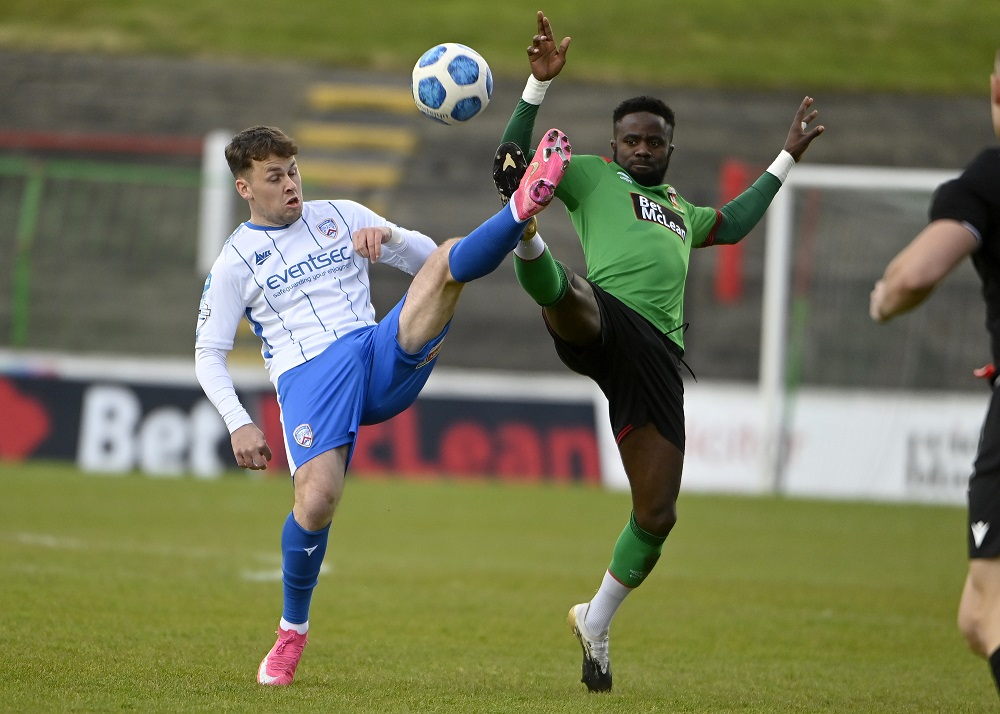 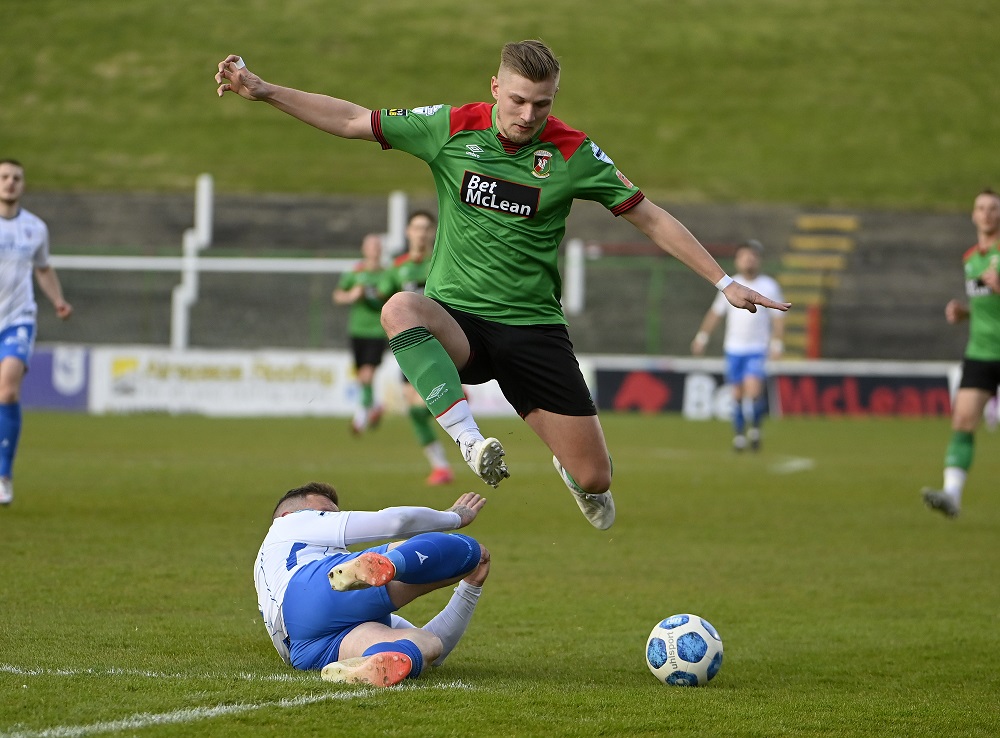 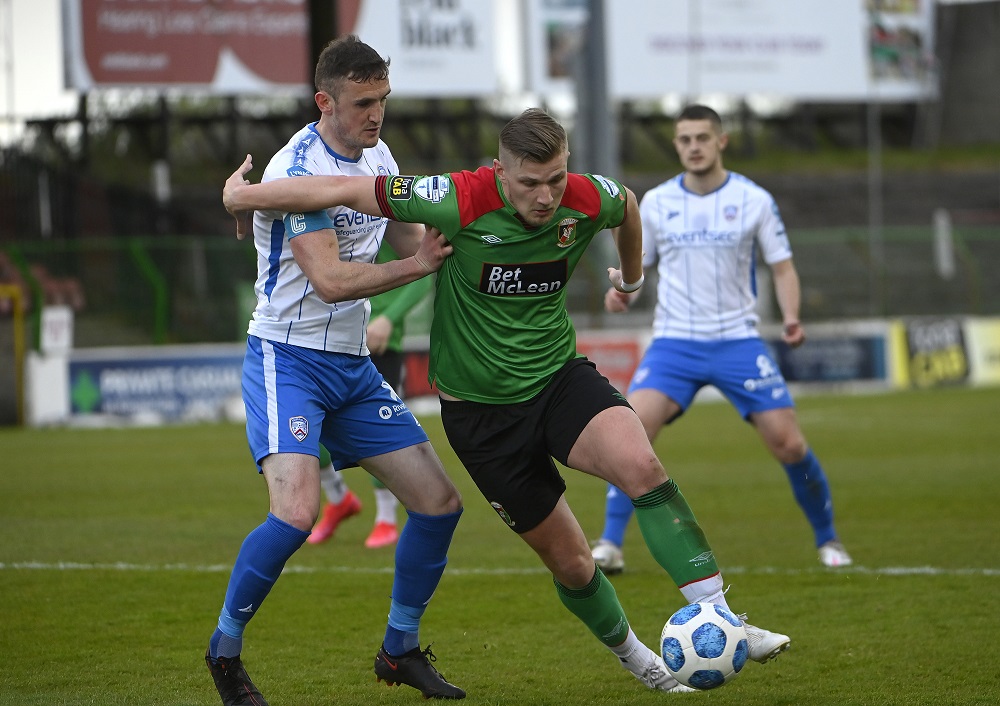 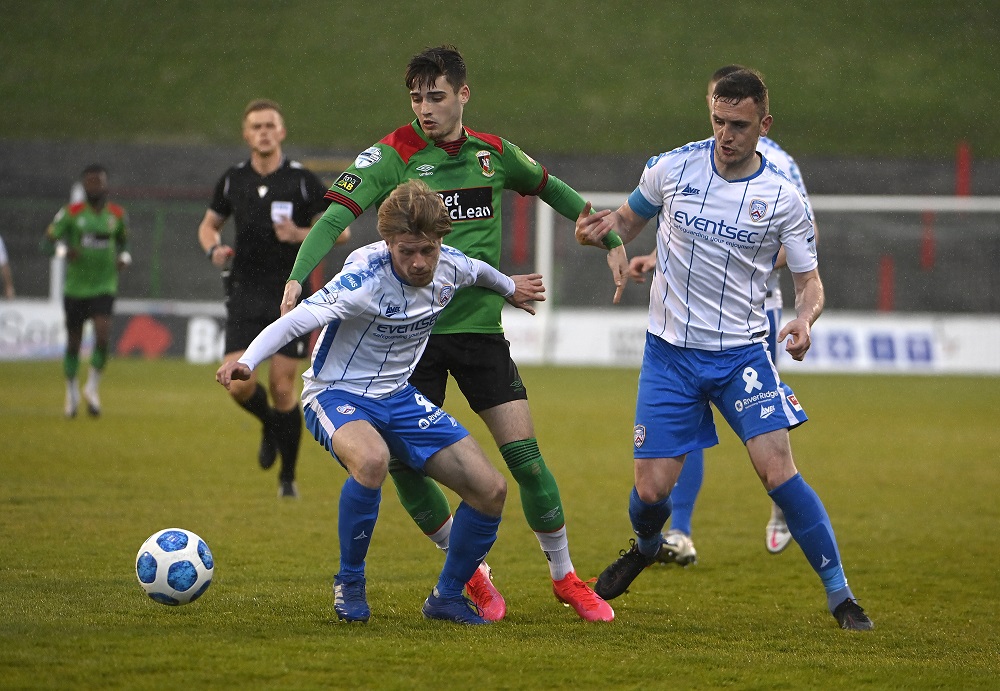 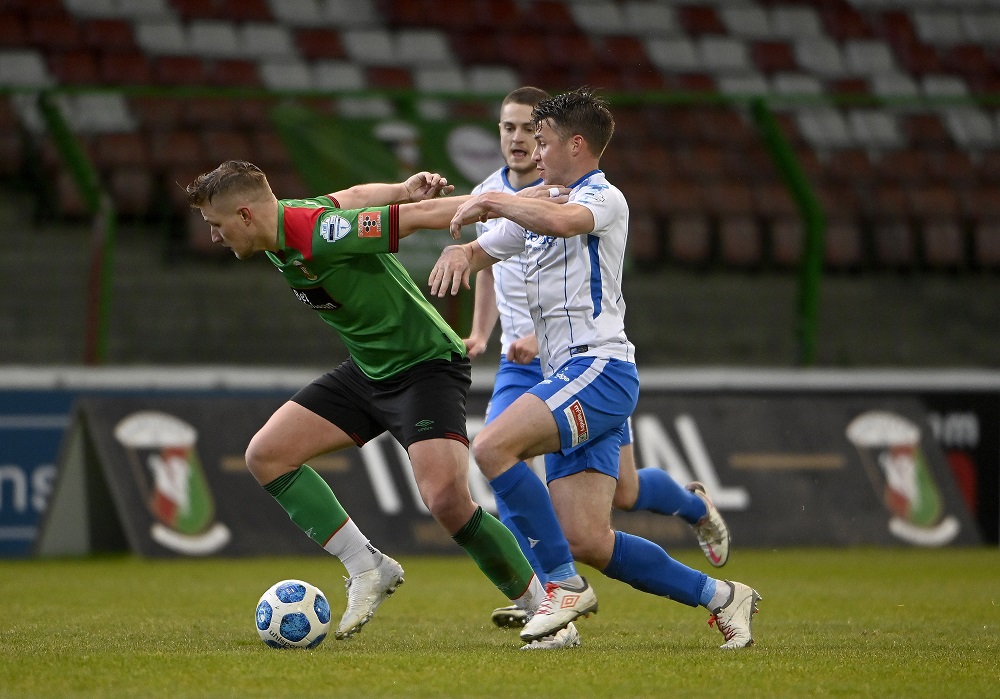 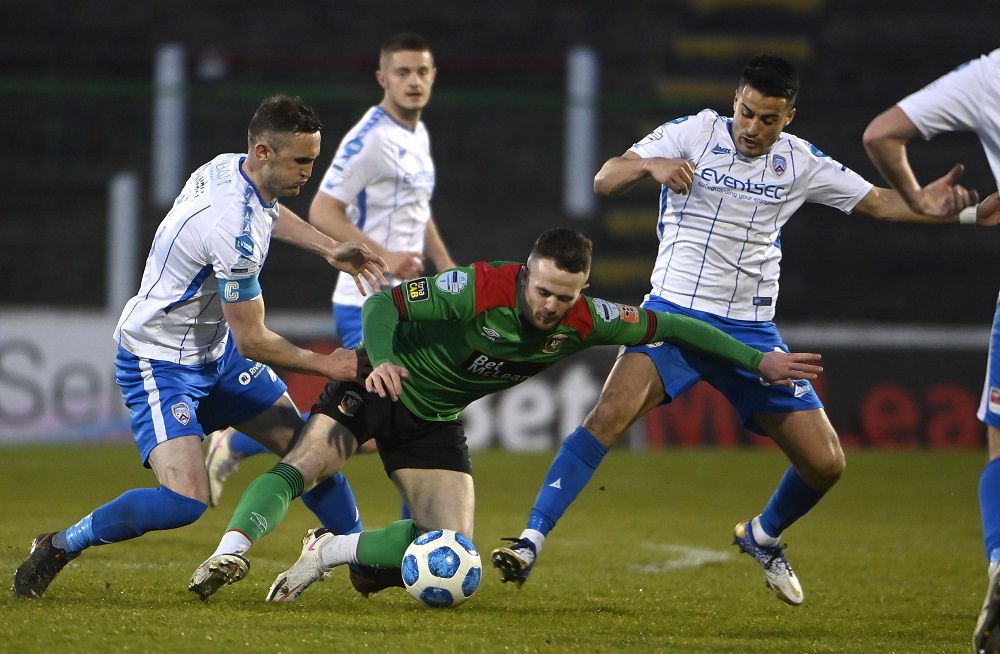