LINFIELD WITHIN TOUCHING DISTANCE OF ANOTHER TITLE

Linfield stand on the cusp of claiming another league title following Tuesday's night defeat of Crusaders at Windsor Park.
The Blues hold an eight point advantage at the top of the table with nine points left to play for with victory in their next outing enough to secure the Gibson Cup for a 55th time.
David Healy's side led at the break through Mark Stafford's opening goal after a quarter-of-an-hour when he connected with Kirk Millar's corner to turn the ball home at the back post.
Crusaders levelled early in the second half, however, courtesy of a rifled finish from Ben Kennedy at close range high into the net.
But Linfield regained the advantage just before the hour. Niall Quinn sent over a deep corner which Stafford knocked on into the goalmouth for Shayne Lavery to nod past Johnny Tuffey.
And they made sure of the points with six minutes remaining after Jordan Forsythe chested the ball into his own net under pressure from Joel Cooper after Cameron Palmer had delivered the decisive ball.
Linfield: Johns, Stafford, Haughey, Callacher, Stewart, Millar, Lavery, Fallon, Mulgrew, Quinn, Cooper subs Moore (not used), Waterworth (replaced Lavery 86), Manzinga (not used), Nasseri (not used), Clarke (not used), Pepper (not used), Palmer (replaced Stewart 69)
Crusaders: Tuffey, Burns, Kennedy, Cushley, Caddell, Forsythe, Ruddy, Owens, R. Clarke, Larmour, A. Clarke subs Shields (not used), Lowry (not used), O'Rourke (replaced Ruddy 85), Lecky (replaced Owens 71), Thompson (replaced Caddell 71), Logan (not used), Patterson (not used) 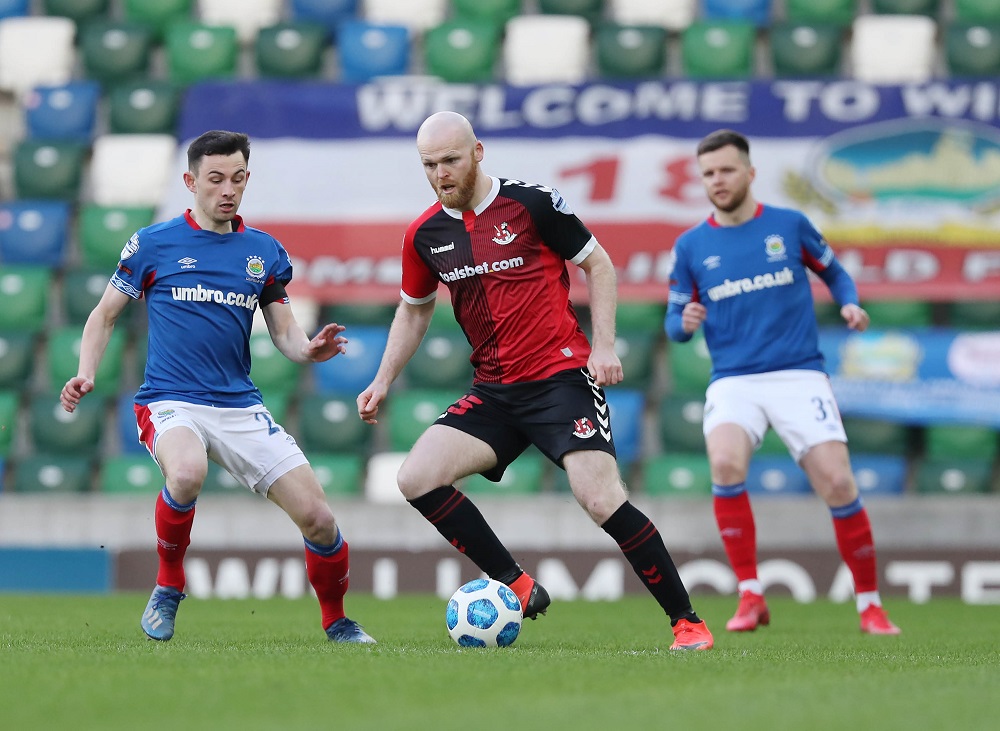 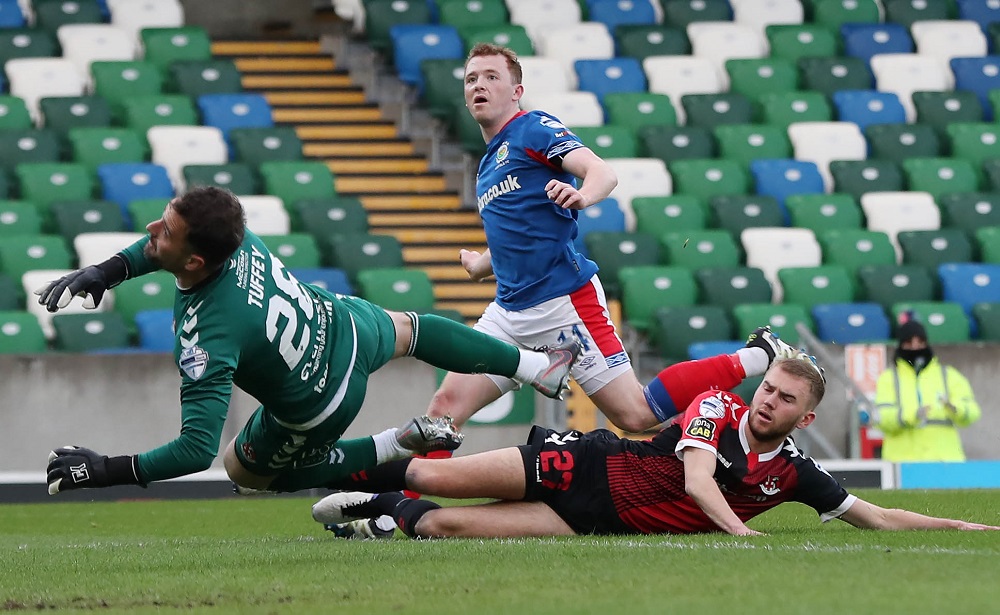 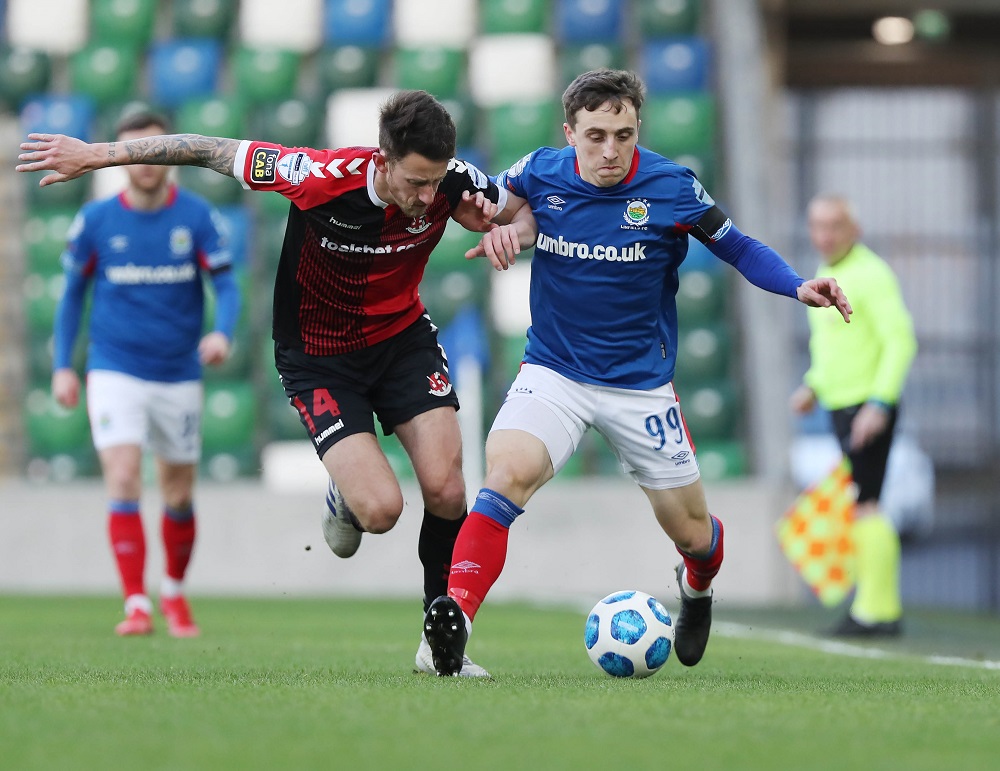 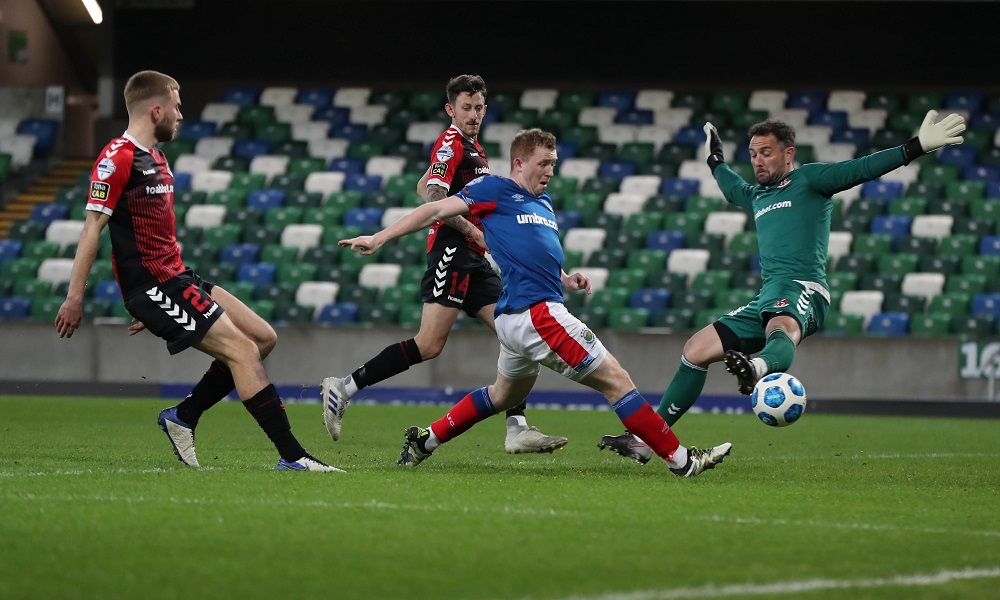 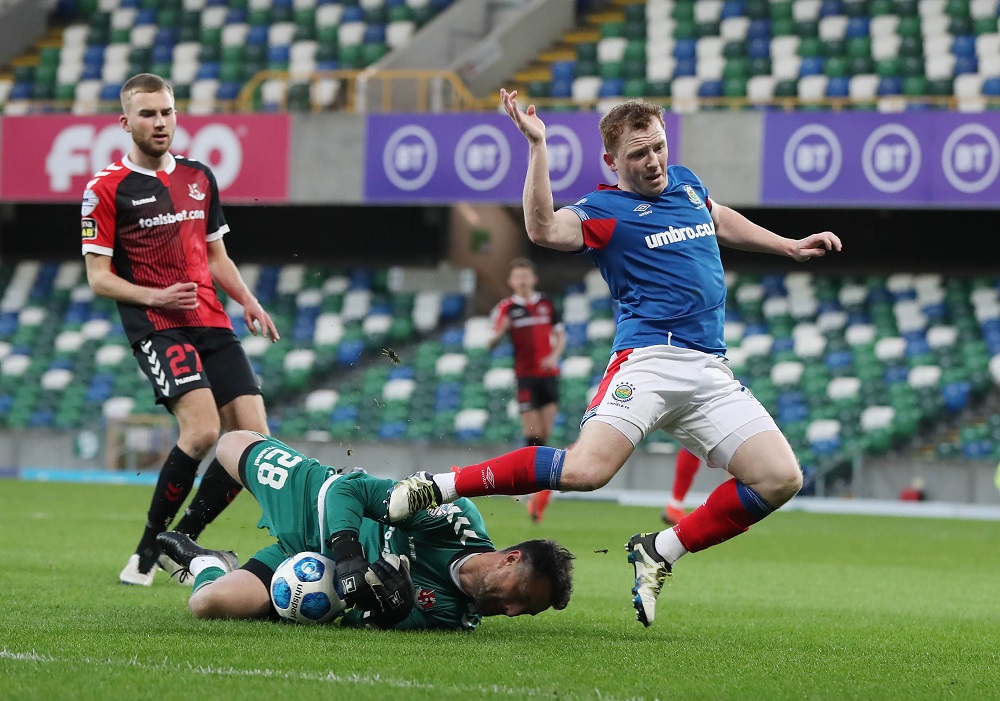 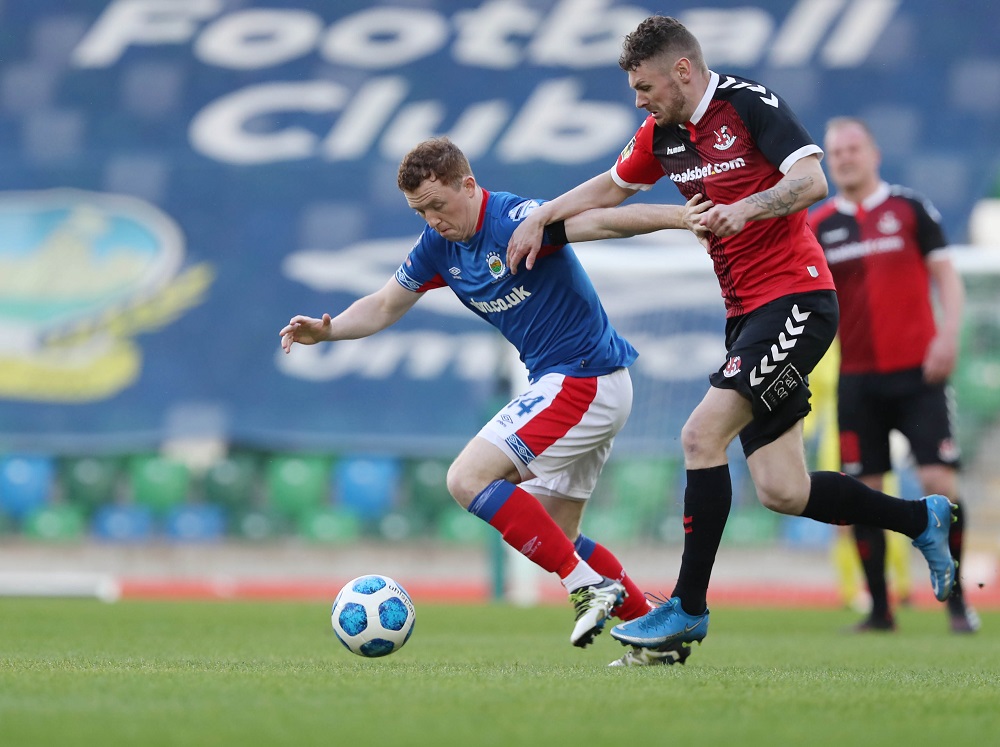