BANNSIDERS EDGE PAST CRUES AT SEAVIEW

Coleraine took a big step towards securing second spot with a narrow one-goal victory over Crusaders at Seaview.
Although scoreless at the break both sides had their chances during the first half.
The Bannsiders had the ball in the net early on when Eoin Bradley slid the ball home from close range only for the goal to be ruled out offside.
Crusaders, after a hesistant start, did come into the game more and had a chance when David Cushley's free-kick was pushed over while Jordan Owens nodded the resultant corner onto the roof of the net.
At the other end Lyndon Kane almost curled the opening goal into the top corner with his right foot after being picked out by Ben Doherty.
Cushley then had another chance for the Crues with a thundering effort against the crossbar that left Martin Gallagher stranded.
Then, in first half stoppage time, Matthew Shevlin might have broken the deadlock only to send a Doherty cross wide from close range, albeit under pressure from Jonny Tuffey.
Crusaders came out much the brighter after the break with Michael Ruddy almost finding the top corner early on after Daniel Larmour had chested down a Jamie McGonigle free-kick into his path.
Cushley then had a chance not long after but he could only scuff his finish allowing Martin Gallagher to produce an excellent save
However, what proved to be the winner came just after the hour at the other end. Curtis Allen, who had an opportunity of his own a few seconds earlier, delivered a ball to which substitute James McLaughlin managed to head beyond Tuffey after getting away from the home defence.
The Crues had a couple of chances late on to at least earn a point. Cushley was presented with a free-kick from the edge of the area but was denied by another Gallagher stop with a save to his right before another substitute, Thomas Burns, came even closer when he almost found the bottom corner only to see the woodwork rescue the Bannsiders.
Crusaders: Tuffey, Weir, McGonigle, Cushley, Caddell, Ruddy, Owens, Brown, Larmour, A. Clarke, Bradshaw subs Shields (not used), Lowry (not used), Kennedy (not used), O'Rourke (not used), R. Clarke (not used), T. Burns (replaced Bradshaw 46), Patterson (replaced Caddell 71)
Coleraine: Gallagher, Kane, Canning, Doherty, Lowry, Bradley, Carson, O'Donnell, Glackin, Traynor, Shevlin subs Mullan (replaced O'Donnell 21), Jarvis (not used), McLaughlin (replaced Carson 60), Tweed (not used), Parkhill (not used), Allen (replaced Bradley 60), Nixon (not used) 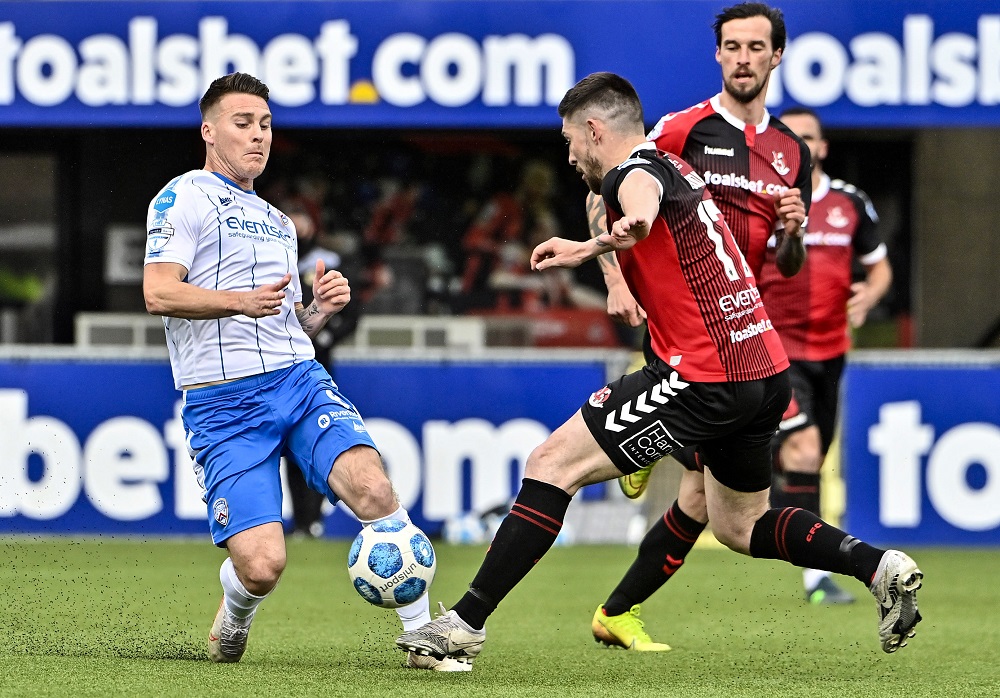 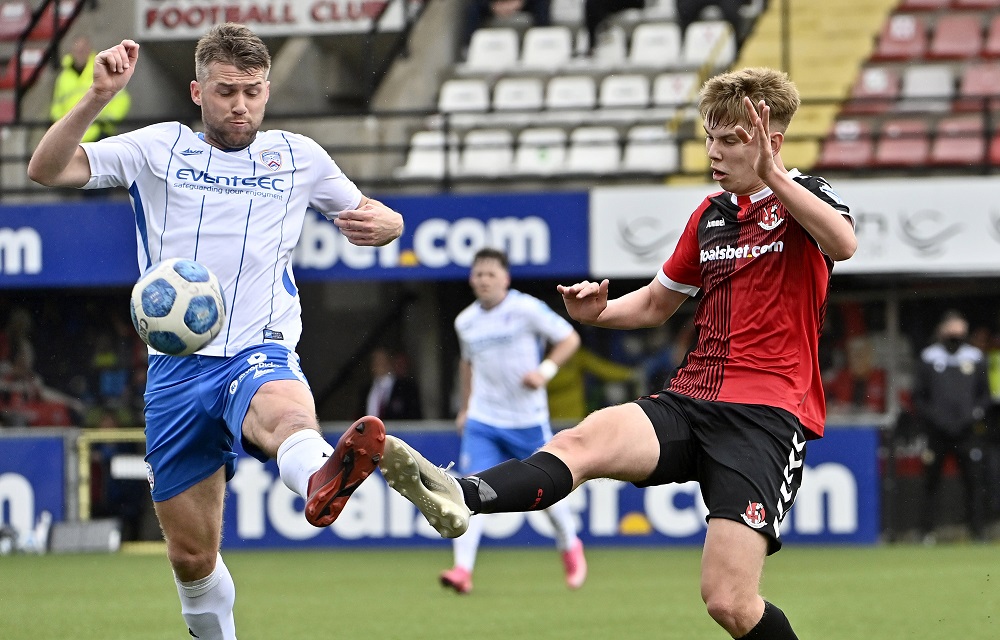 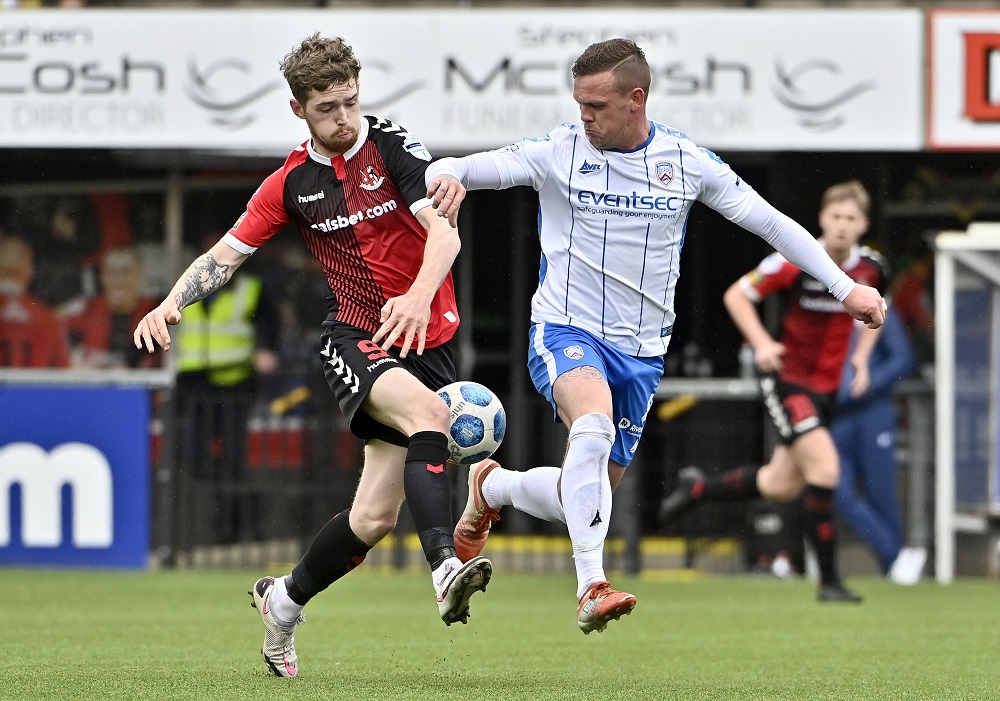 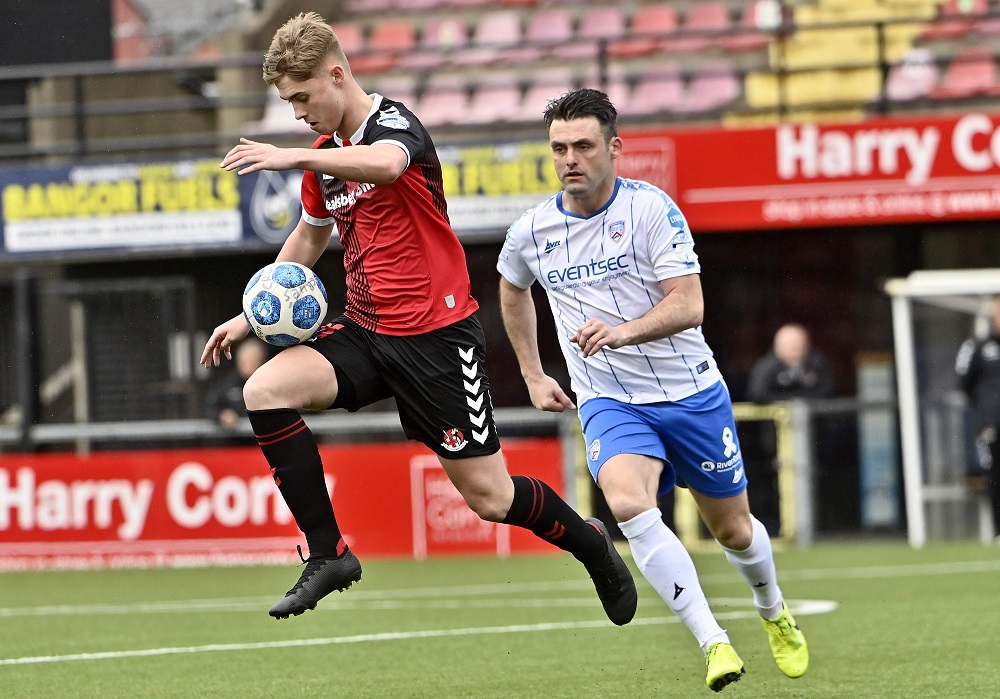 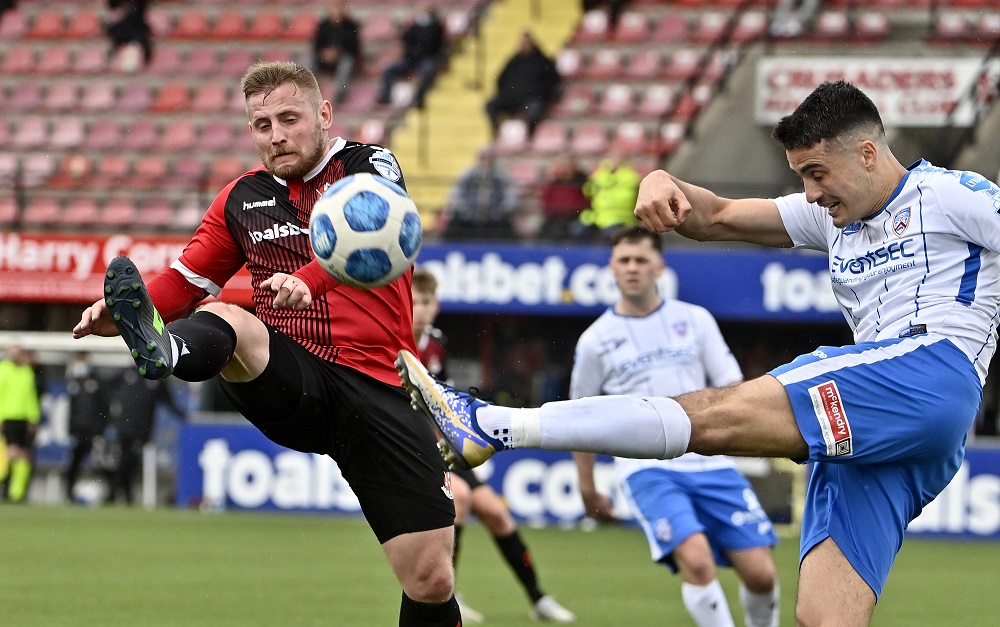 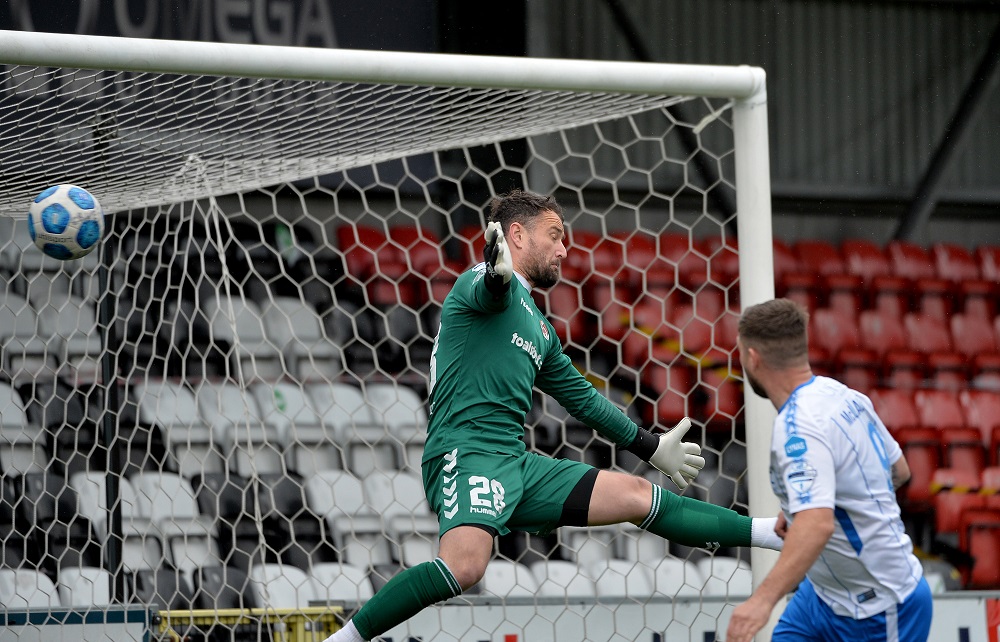