Portadown and Glenavon shared the points and injury time goals in a frantic finish to the first Mid Ulster derby of the season at Shamrock Park.
Glenavon had the ball in the net as early as the second minute when Matthew Fitzpatrick sent an overhead kick past Harry Doherty but he was offside from Peter Campbell's cross.
Indeed, the visitors had the better of the scoring opportunities during the first half. Daniel Purkis dragged an effort wide of the left upright from the edge of the box while Ports defender Adam McCallum bravely blocked a Kyle Beggs volley not long after that.
Portadown's best of the opening 45 minutes came in the latter stages through Lee Bonis but his header from Stephen Teggart's cross went the wrong side of the right post.
Glenavon might have edged in front just before the break courtesy of James Singleton's header from a Campbell corner but Doherty did well to palm the ball to safety at the near post.
After the break Ruairi Croskery twice came close for the Ports, one header over the bar around the hour mark and another off an upright with eight minutes to go.
However, all the real drama was saved for stoppage time.
In the 91st minute Paul Finnegan looked to have handed Portadown the points at the back post after tapping home a Croskery ball but, three minutes after that, Michael O'Connor wrapped the game with a thumping finish with a free-kick into the top corner to snatch a late, late leveller for Gary Hamilton's side.
Portadown: Doherty, Hall, Ruddy, McCallum, Finnegan, Tipton, Bonis, Jackson, Croskery, Teggart, McLeod subs Brown (not used), McKeown (not used), Salley (replaced Jackson 89), Conaty (not used), Glenfield (not used), Murphy (not used), Creighton (not used)
Glenavon: Brown, Haughey, O'Connor, Purkis, Campbell, Beggs, Snoddy, Fitzpatrick, Wallace, Singleton, Ward subs A. Doyle (not used), Waterworth (replaced Purkis 62), Hall (not used), Harmon (not used), O'Mahony (not used), J. Doyle (replaced Beggs 79), Garrett (not used) 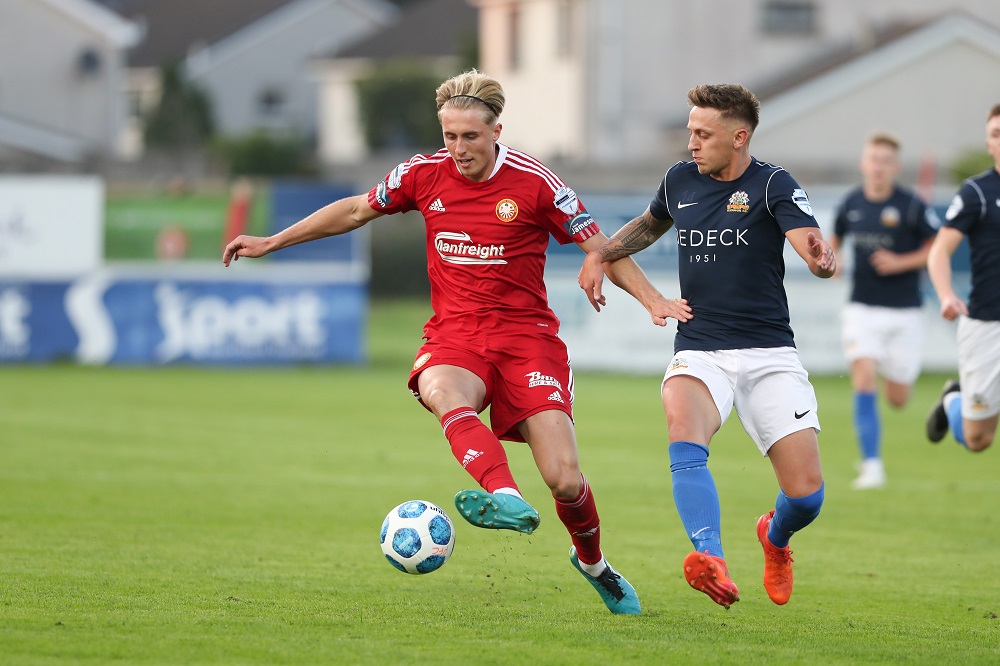 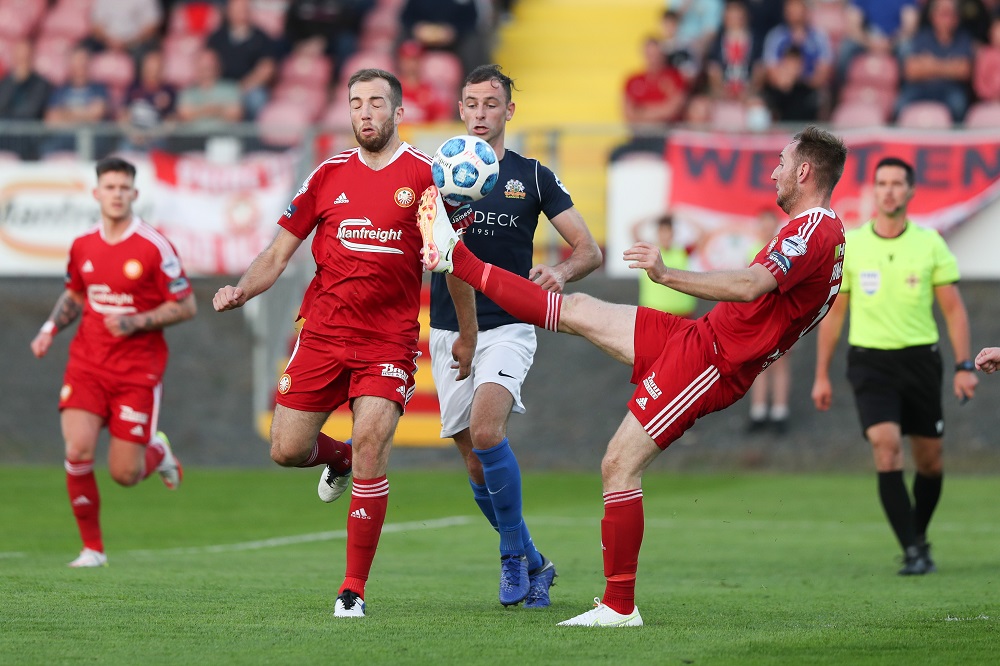 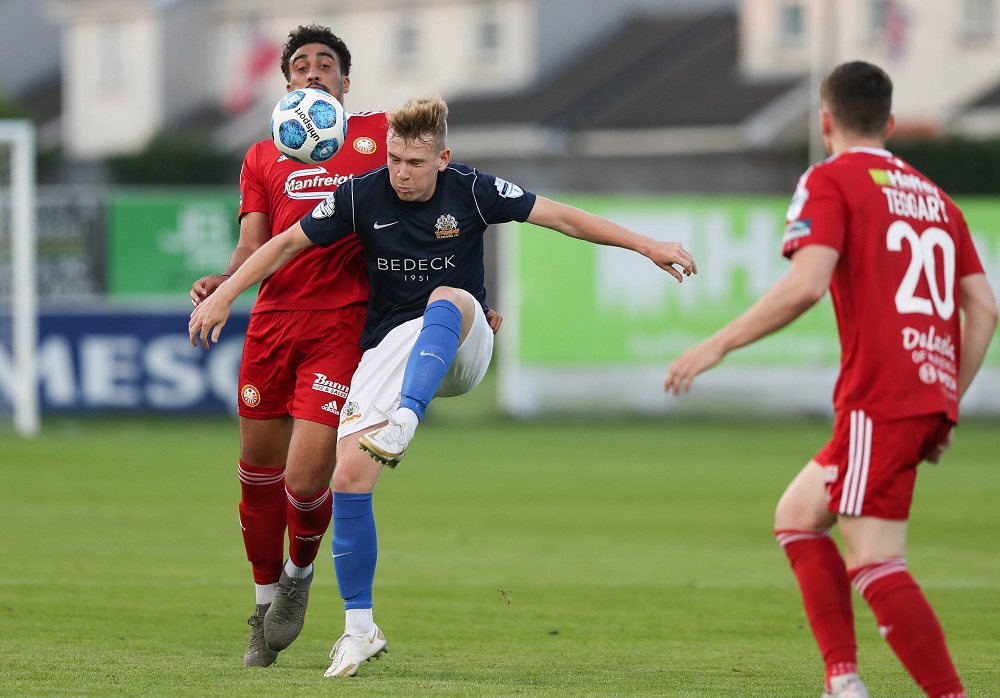 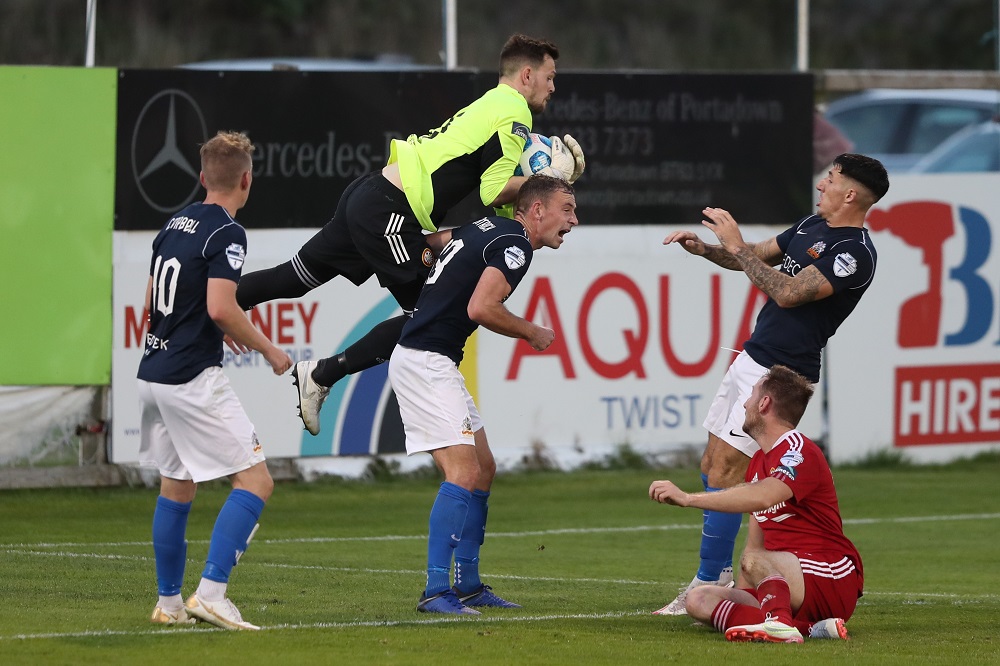 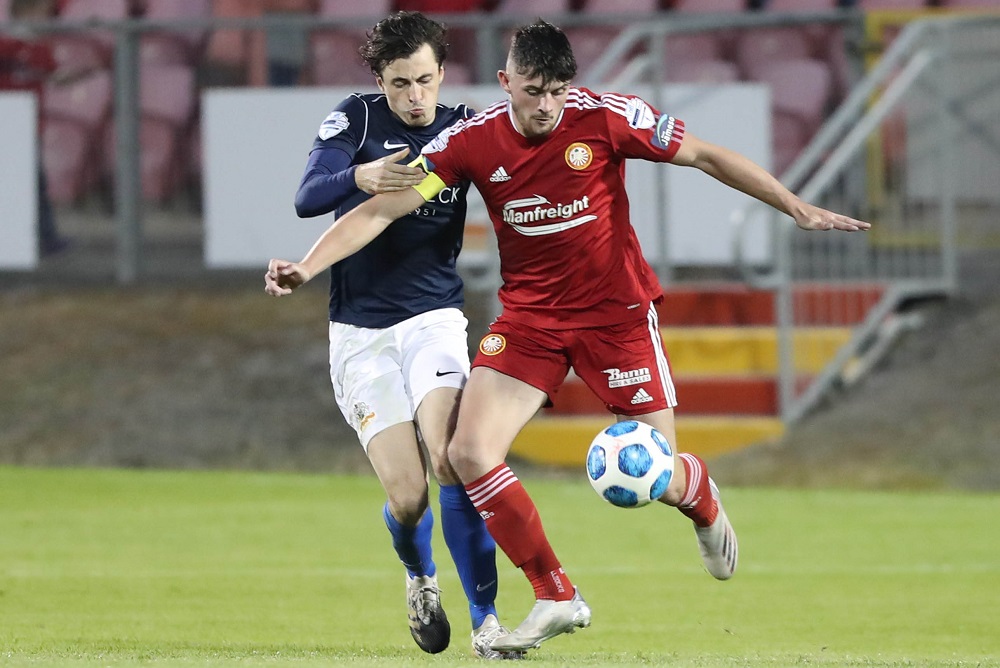 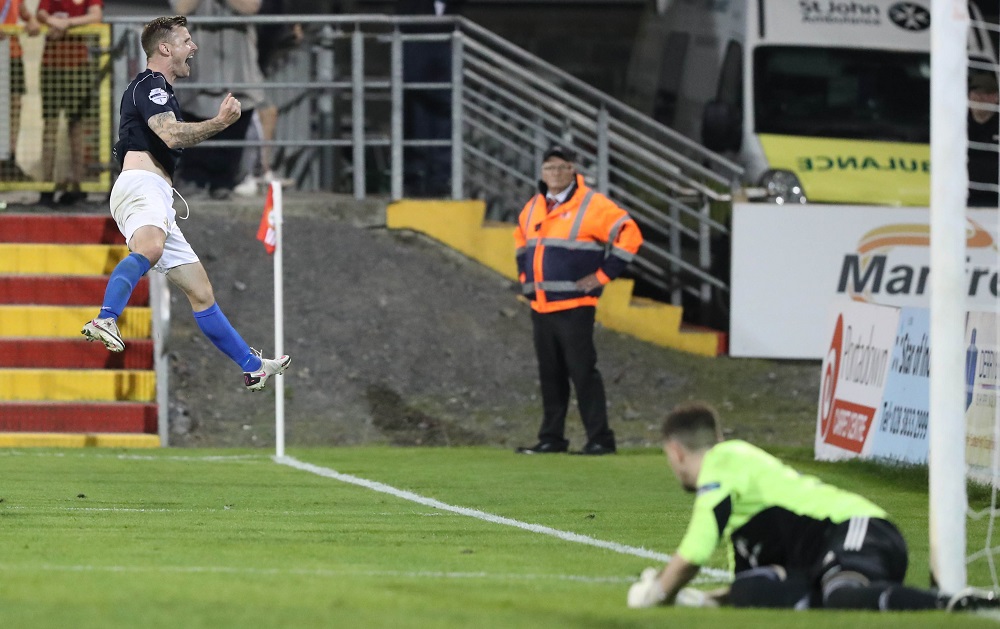