CRUES HIT THREE PAST GLENS AT THE OVAL

Crusaders produced a superb performance to hit three goals without reply past Glentoran at The Oval.

The Crues moved in front after just nine minutes when Jarlath O'Rourke sent the ball towards the left post with Adam Lecky and Glentoran defender Caolan Marron both attempting to reach it with the result that it was poked past keeper Aaron McCarey.

Josh Robinson almost made it two for the visitors just before the half-hour mark from a Ben Kennedy free-kick but Marron got in the way to send the ball out for a corner.

Glentoran might have levelled soon after through Robbie McDaid after he connected with Jay Donnelly's downward header only to send the ball over from the edge of the box.

Crusaders almost bagged their second not long after the break but Paul Heatley's run forward was snuffed out by McCarey.

But it was 2-0 on 55 minutes courtesy of Ben Kennedy's successfully converted spot-kick awarded after Bobby Burns was adjudged to have impeded down Johnny McMurray.

Crusaders had a goal disallowed just after the hour when Daniel Larmour headed into the bottom corner but referee Lee Tavinder ruled it out for foul play.

However, number three arrived just a couple of minutes after that when Aidan Wilson met Kennedy's corner to power home a header. 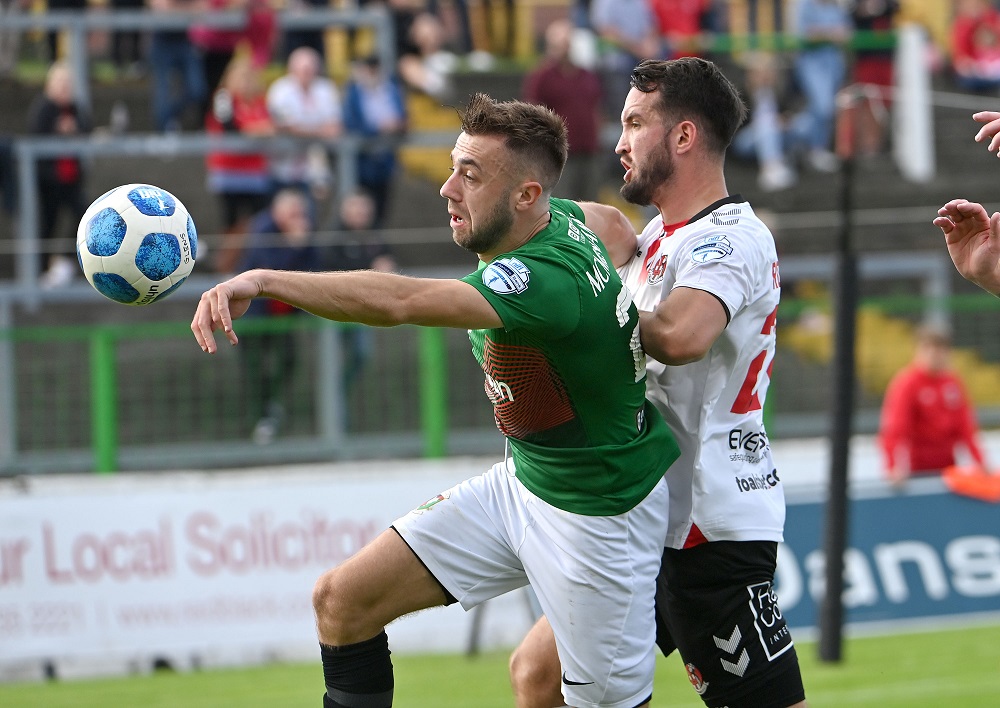 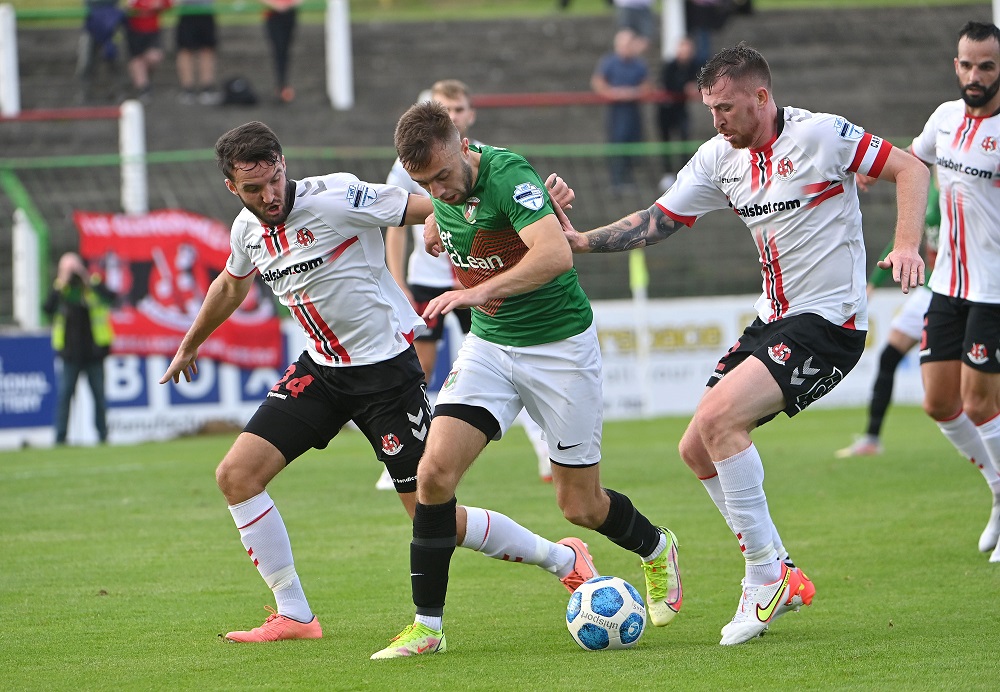 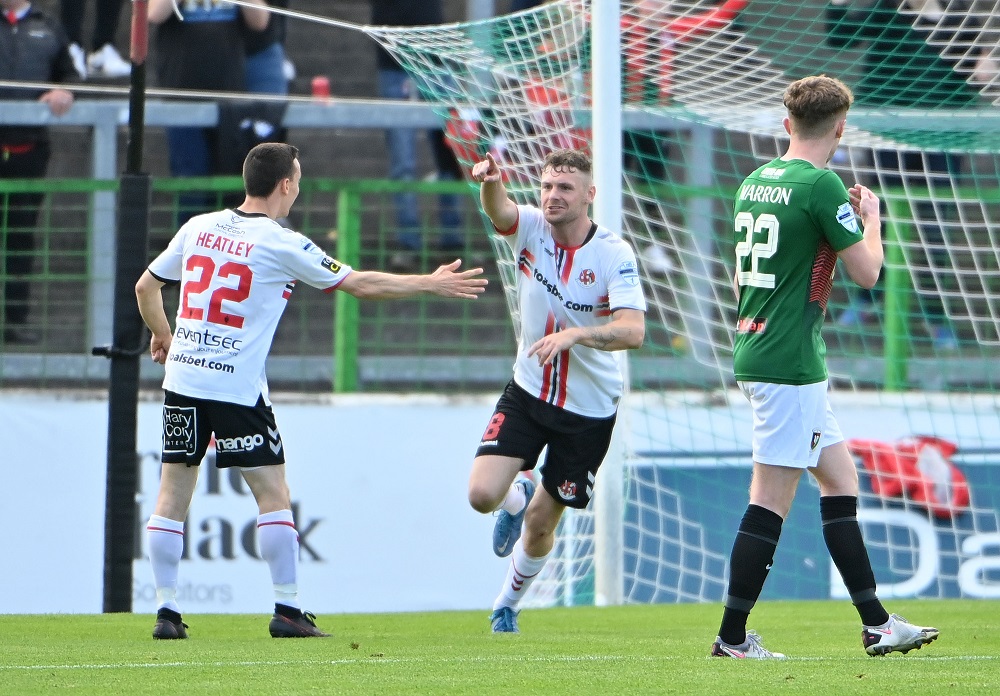 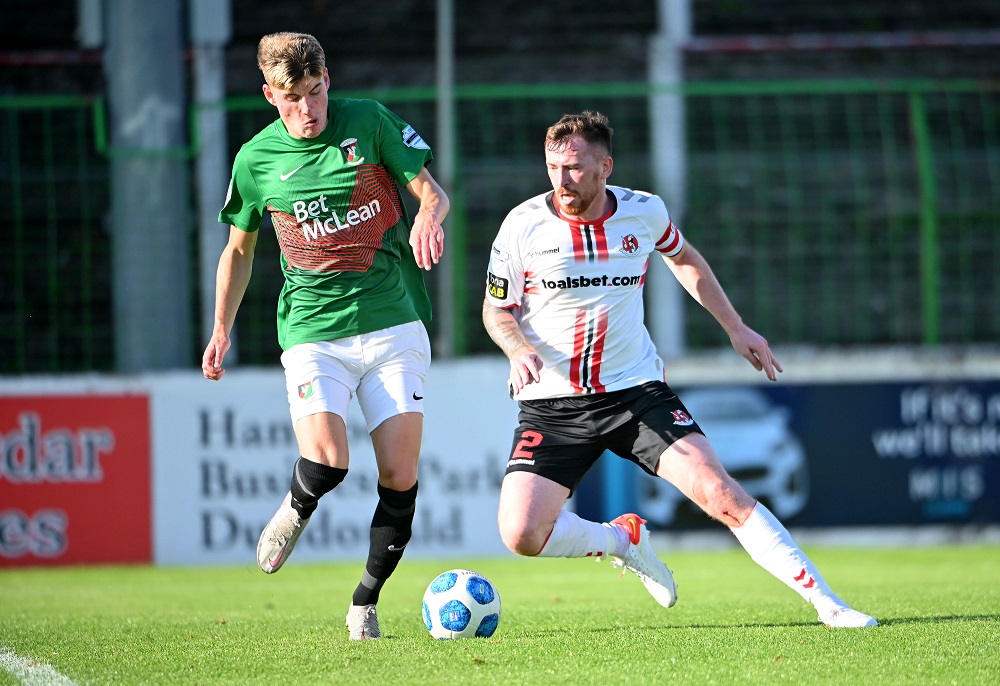 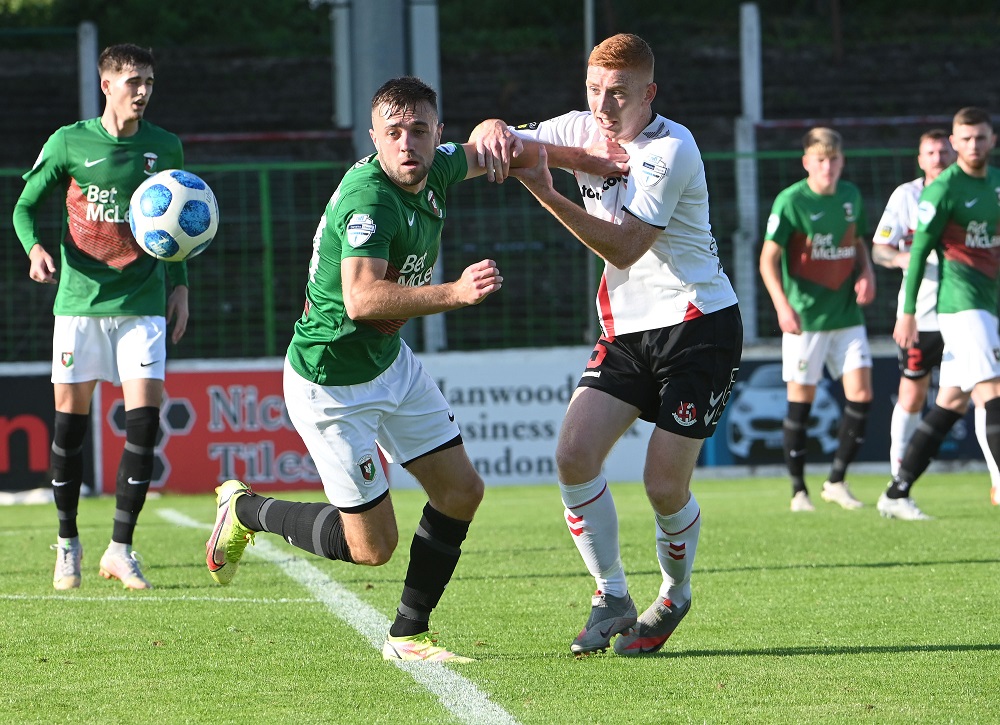 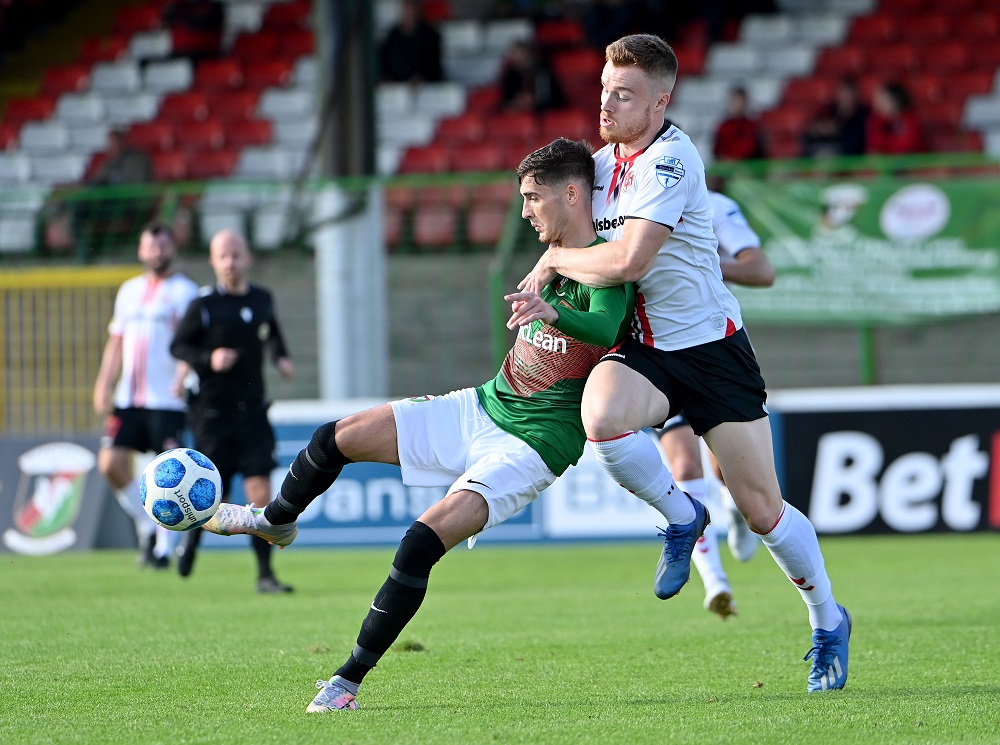