Linfield swept to a three-goal victory over Glentoran at The Oval in the first 'Big Two' derby clash of the season.

Early chances were at a premium for both sides with perhaps Glentoran's Shay McCartan coming closest with a curling right-foot effort which Chris Johns did well to keep out.

Not long after that the ball dropped for Jay Donnelly at the back post from a corner but his goalbound strike was blocked by Trai Hume.

But the deadlock was broken in Linfield's favour after 20 minutes through Matt Green who showed his strength to fire low past Ross Glendinning.

Then, just after the half-hour mark, Hume added a second when, from a Kirk Millar corner, he was allowed to head home unmarked at the back post.

Glentoran had chances to claw a goal back later in the half, with Gael Bigirimana heading over from ten yards while a Donnelly shot was pushed away for a corner.

However, the game was effectively settled as a contest just over ten minutes after the break after Cameron Palmer was allowed to run through to beat Glendinning one-on-one and direct the ball into the net.

Glentoran did have their chances in the second half. Robbie McDaid headed just wide from a Hrvoje Plum cross, while Rhys Marshall was thwarted by a goalline Millar clearance.

McDaid then came close again late on, only to see his header well saved by Johns to his left. 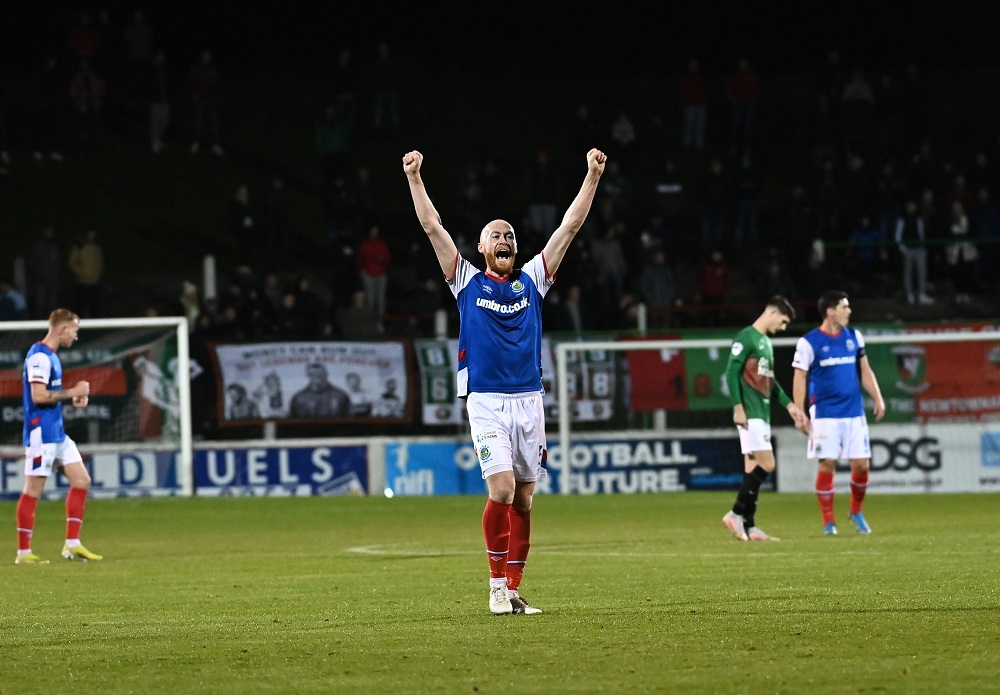 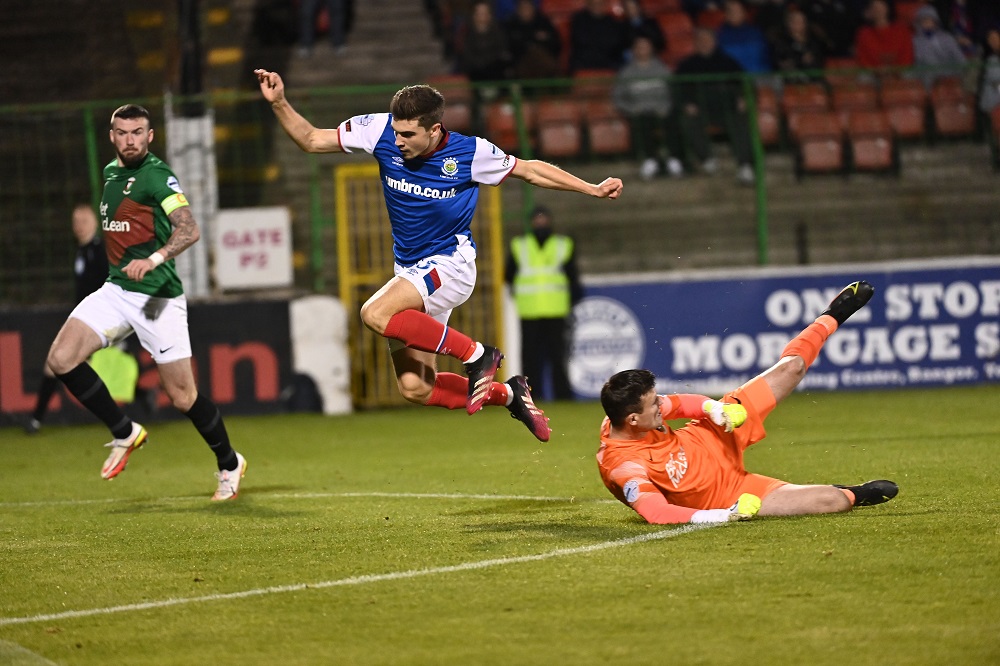 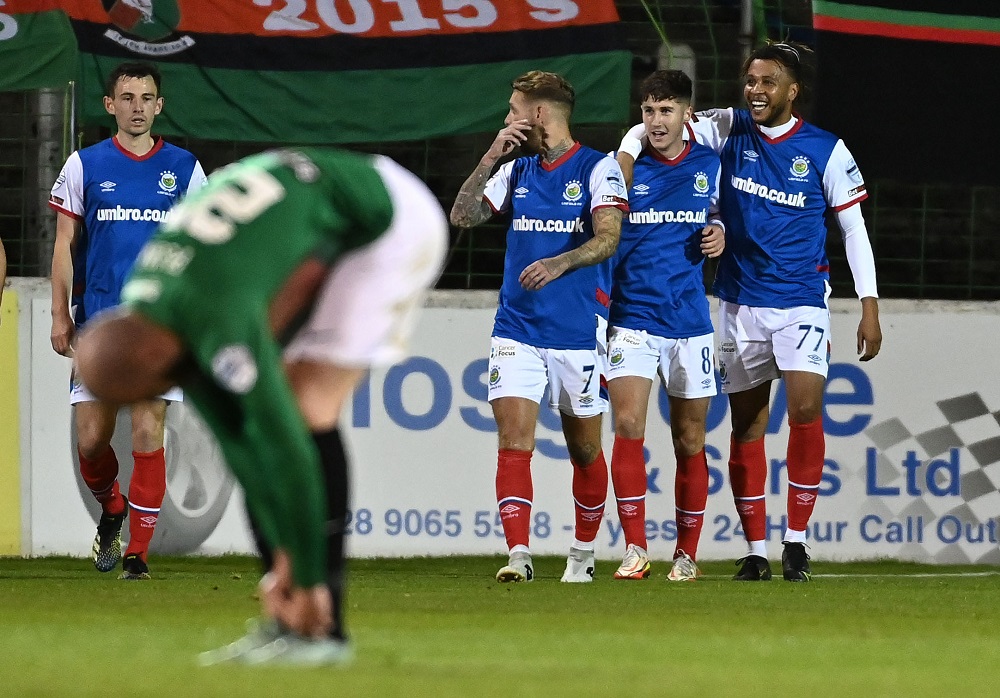 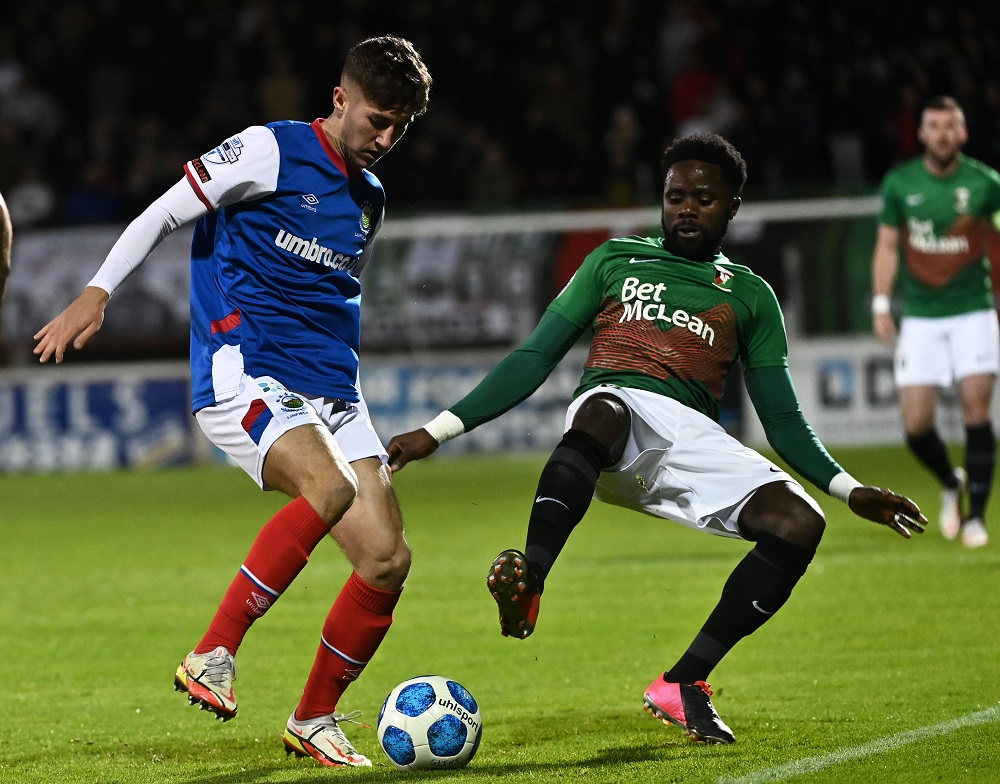 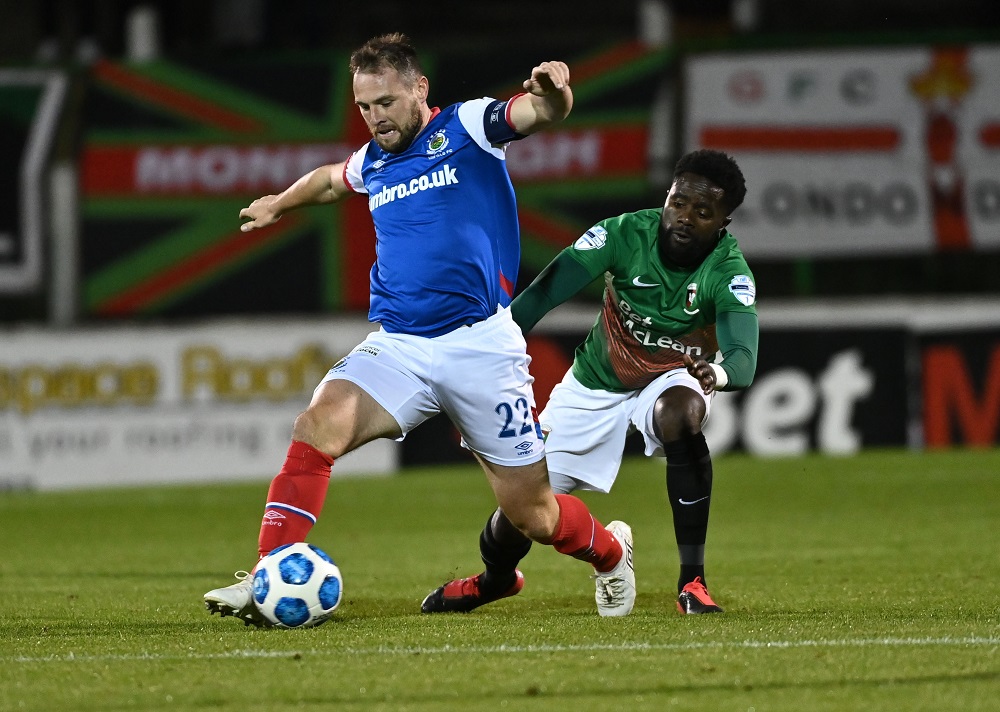 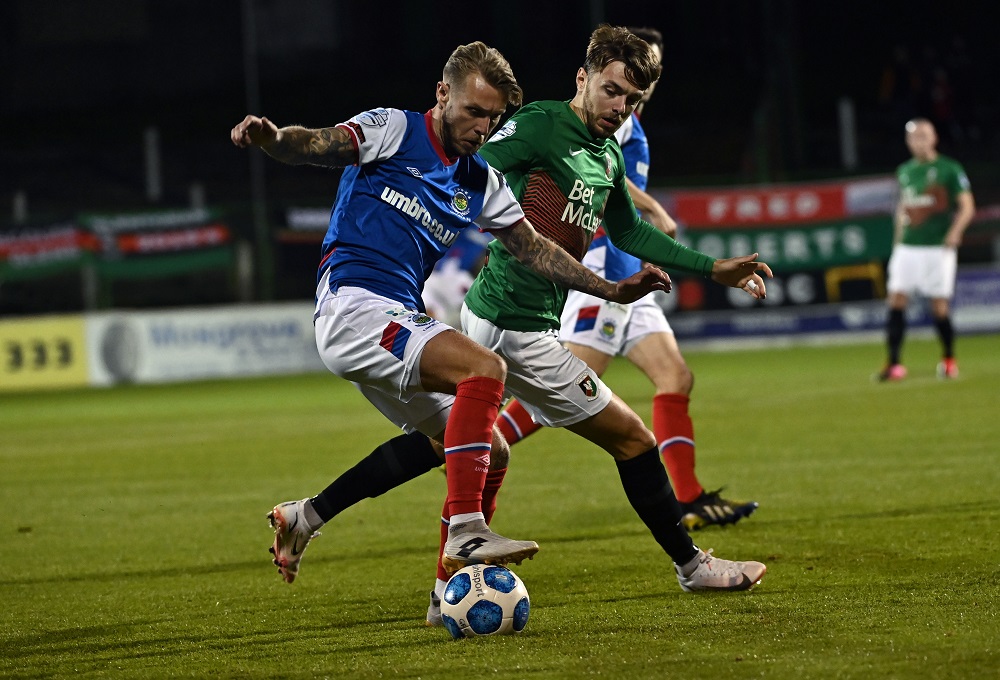