Linfield swept to a comprehensive victory over Carrick Rangers at Windsor Park thanks to a blistering four-goal spell midway through the first half.

The Blues moved in front after 25 minutes when Christy Manzinga left his marker behind in the box to meet a Kirk Millar free-kick and head into the top corner.

It was 2-0 just four minutes later. On this occasion Martin Donnelly was the provider with a well delivered corner which Sam Roscoe powerfully nodded past Neil Shields.

The scoring continued on 34 minutes when Manzinga doubled his tally from Michael Newberry's cross from the right, finding the net at the second attempt after Shields had kept out his initial attempt.

Linfield's fourth arrived barely three minutes after that courtesy of Donnelly's low right-foot effort under Shields through a crowded goalmouth.

Not unexpectedly, the second half was a quieter affair with scoring opportunities at something of a premium.

Manzinga did try to get his hat-trick with an acrobatic attempt at making contact with another Millar cross while, for Carrick, Kyle Cherry and Ben Tilney had shots on goal around the hour mark.

And Linfield almost added a fifth in stoppage time but substitute Matt Green could only look on as his header was cleared off the line. 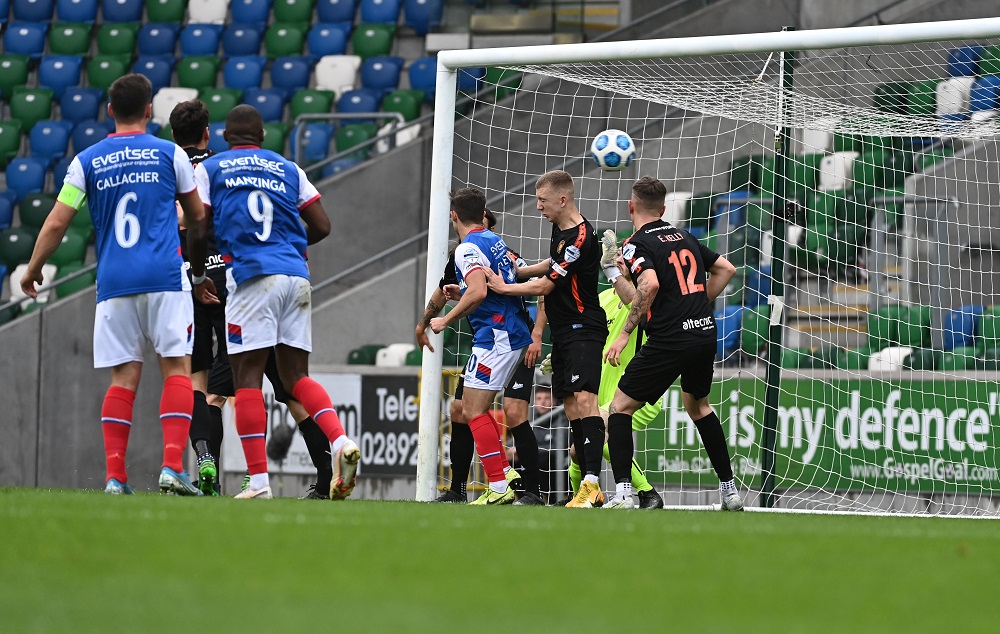 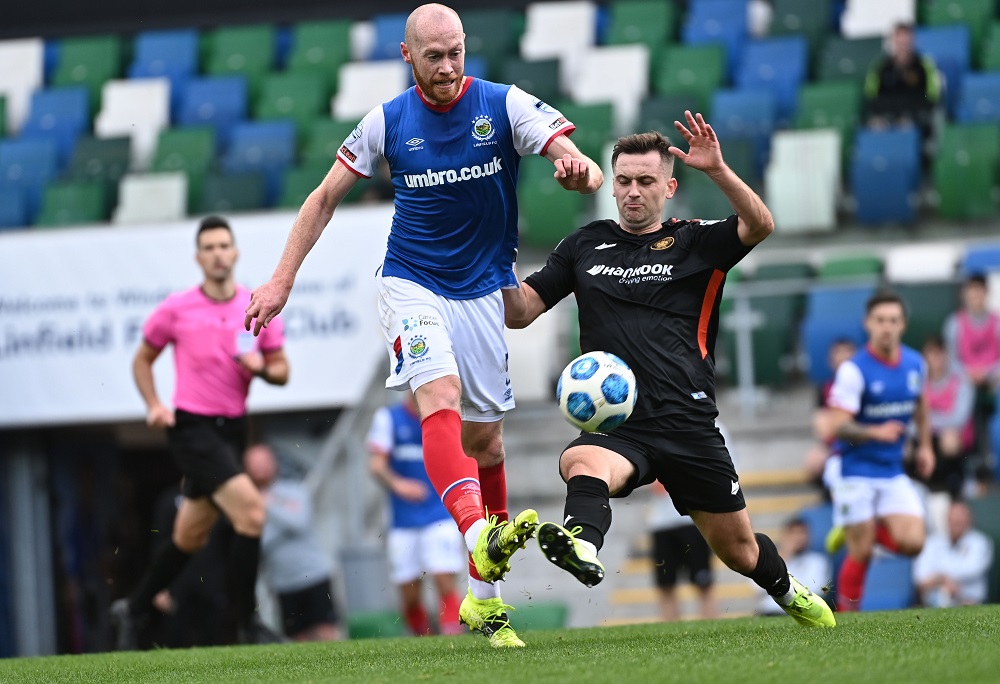 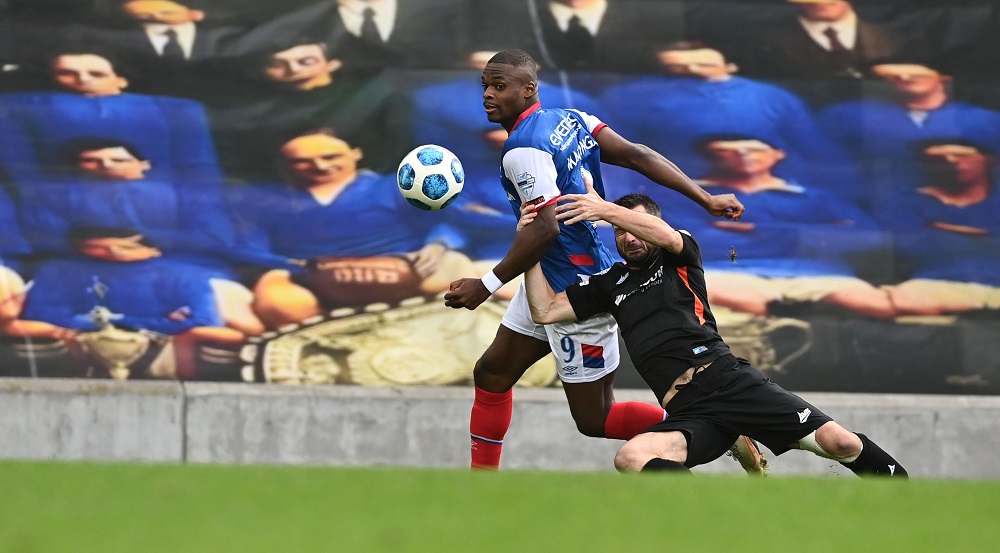 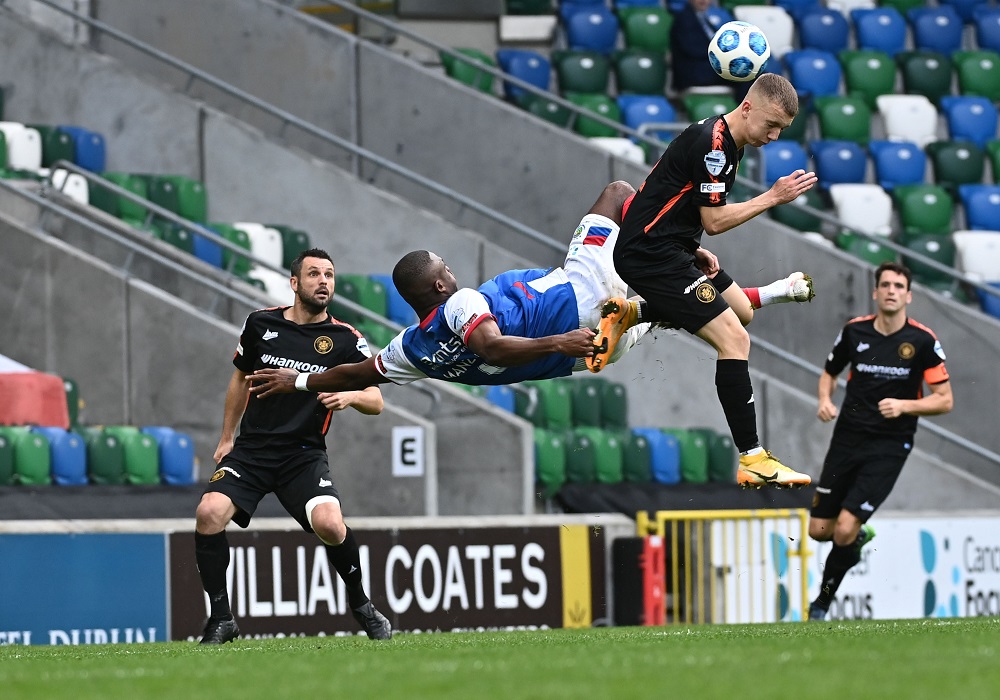 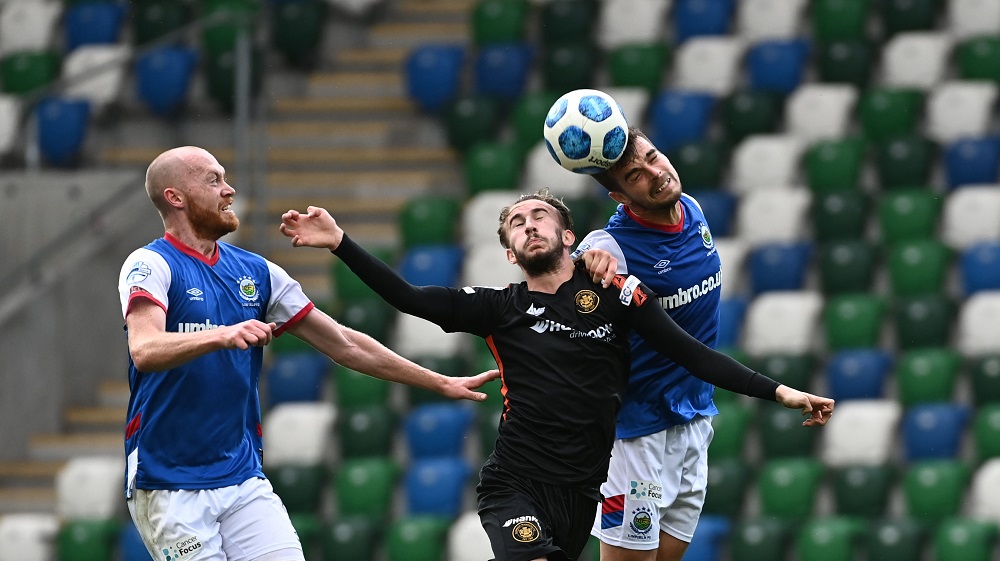 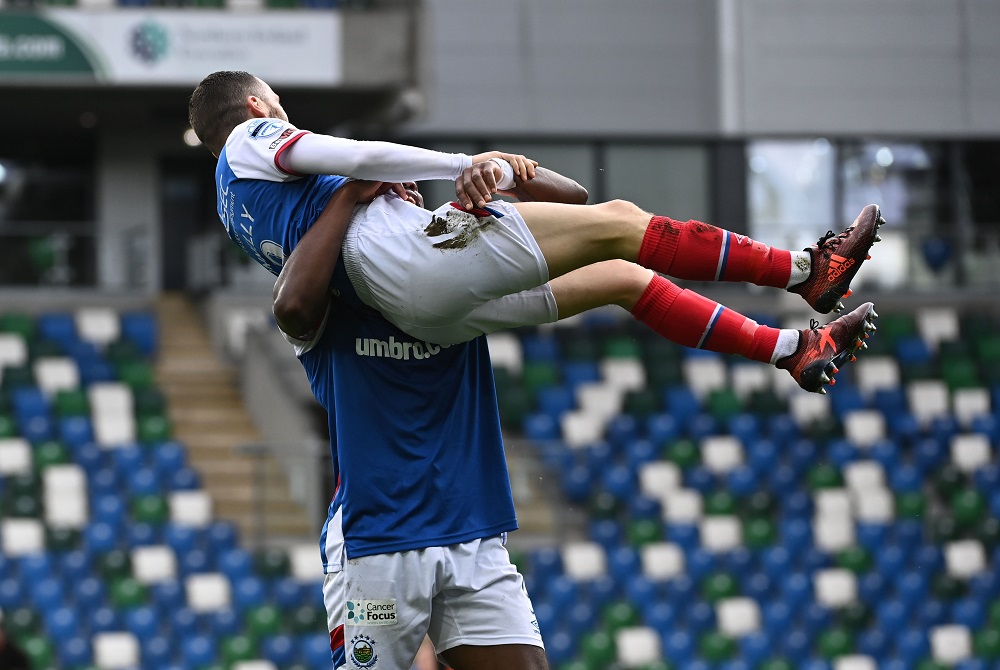