ALL SQUARE AFTER PULSATING OVAL CLASH

Glentoran and Coleraine battled to an equal share of the points and goals in an enthralling Saturday evening encounter at The Oval.

The visitors moved in front after a quarter-of-an-hour through Conor McKendry after he wasn't closed down by the defence and allowed to fire into the bottom corner from 25 yards.

Both sides had chances as the game progressed, with Robbie McDaid sending a flicked effort at Gareth Deane before heading wide from a free-kick while, for Coleraine, McKendry's attempt at doubling his tally was kept out by Aaron McCarey.

Deane was then called into action to first thwart Hrvoje Plum and Jay Donnelly in quick succession. The Glens also threatened with a Ciaran O'Connor curling effort a little after that followed by another Donnelly shot at the back post.

It was perhaps no surprise, then, when the Glens levelled early in the second half when Donnelly finally found the net with an instinctive finish from Gael Bigirimana's pass.

McKendry might have restored Coleraine's advantage with a free-kick towards the top corner but McCarey managed to tip the ball wide.

Glentoran edged in front on the hour. McKendry was adjudged to have brought down Bobby Burns inside the area with Donnelly duly stepping up to convert for his second of the evening.

However, the spoils were ultimately shared with ten minutes remaining. Lyndon Kane dispossessed Burns on the halfway line and proceeded to cut a swathe through the home defence before laying the ball off for substitute Cathair Friel just inside the area for the former Ballymena United and Carrick Rangers man to sweep a right foot finish past McCarey.

Remarkably, McCarey then raced towards team-mate Burns, appearing to strike him in the face, and was instantly dismissed by referee Andrew Davey. 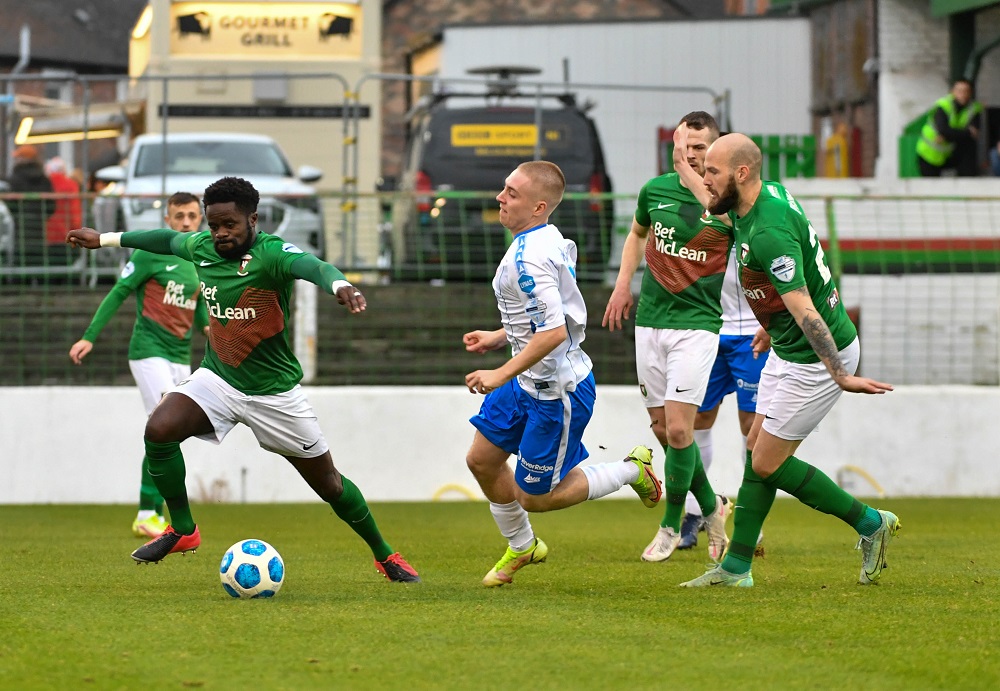 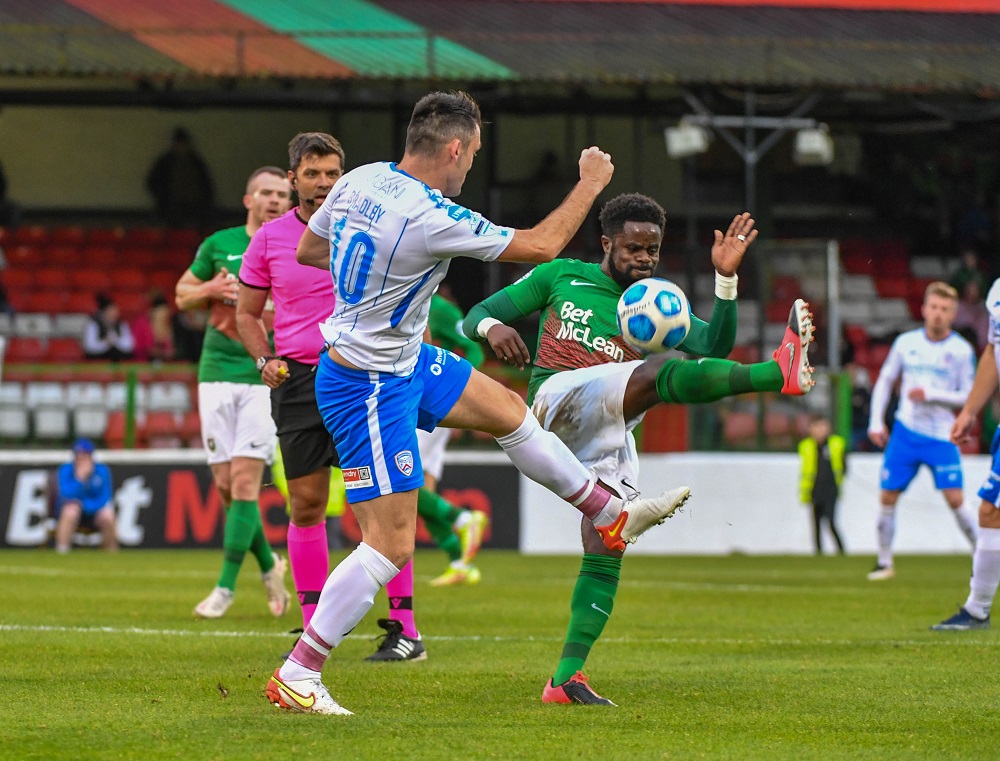 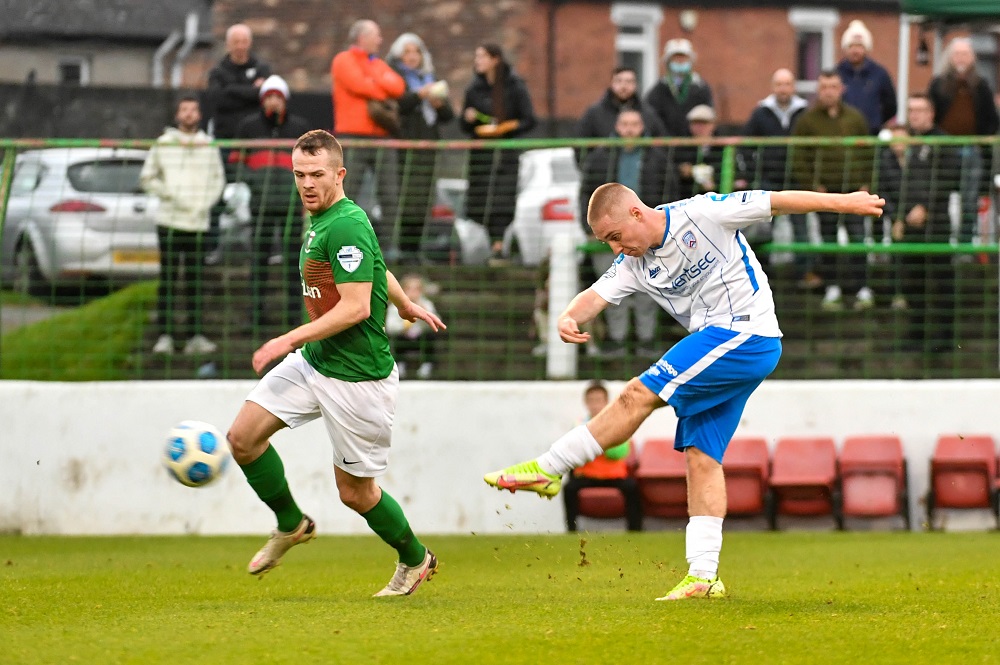 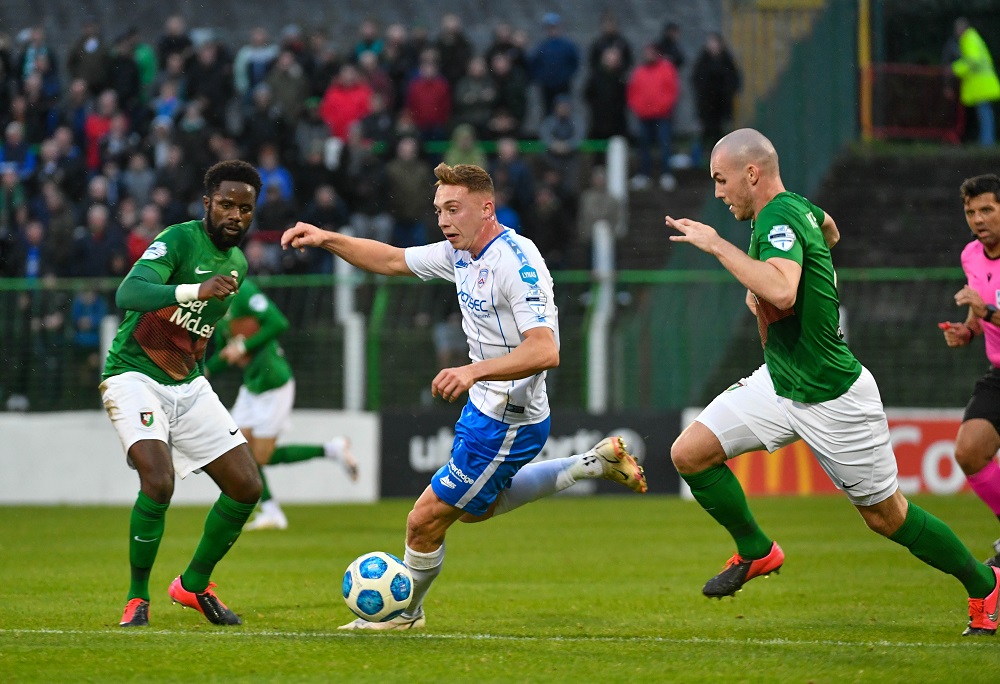 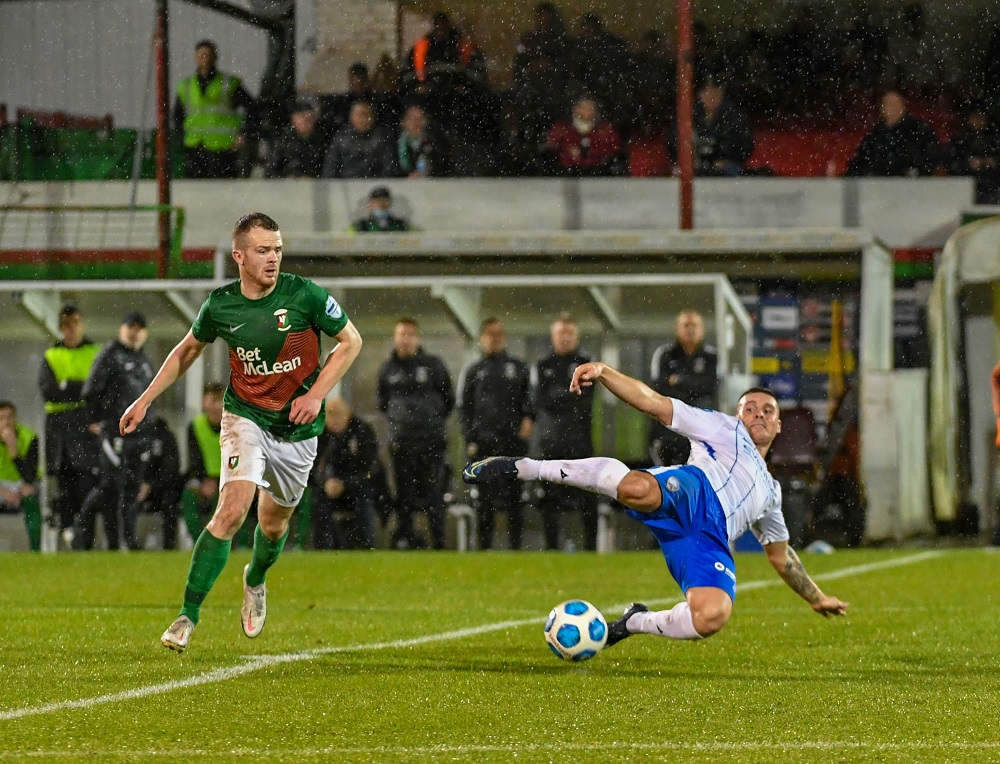 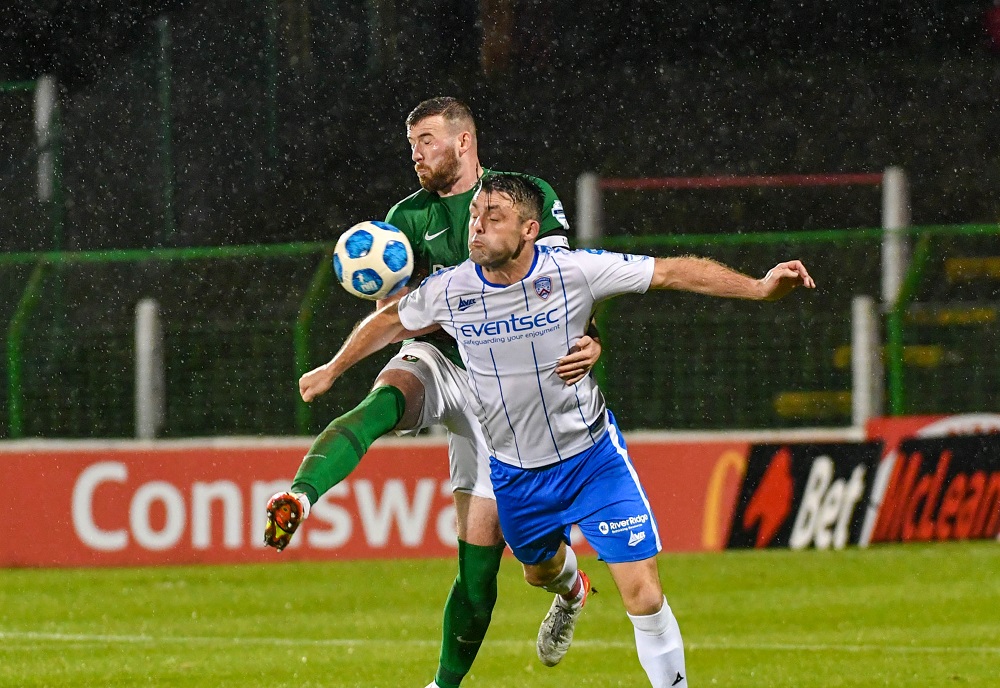