Portadown ended the game with ten-men but twice came from behind to earn a point from this trip to face Glentoran at The Oval.

The Ports had an early chance to open the scoring after an Adam Salley strike from distance that appeared to brush past the post.

But, five minutes after that, Glentoran edged into the lead through Conor McMenamin's finish into the bottom corner following a neat passing move.

The Glens might have doubled their advantage soon after but Jay Donnelly could only fire wide of the far post while, a little later, Patrick McClean sent a header just off target from Hrvoje Plum's corner.

Portadown pushed for the equaliser, and came close through Lee Bonis but his shot was well saved by Ross Glendinning.

The visitors did level, however, just before the break after Stephen Teggart did well to send over a corner for Michael Ruddy to nod home his first goal for the club.

The Ports started the second half brightly, coming close when Chris Lavery volleyed just over from just inside the box before, on the hour, Sammie McLeod struck an upright with Lavery's follow-up well saved by Glendinning.

However, Glentoran regained the lead on 69 minutes. Portadown defender Adam McCallum conceded a penalty for handling the ball on the line - and was also sent-off for the offence - with Donnelly holding his nerve to step up and convert the spot-kick into the bottom corner.

But the ten-men refused to let their heads drop and duly equalised for a second time with nine minutes left. Keeper Jethren Barr sent forward a free-kick from just inside his own half straight into the area for Lee Bonis to head past the advancing Glendinning. 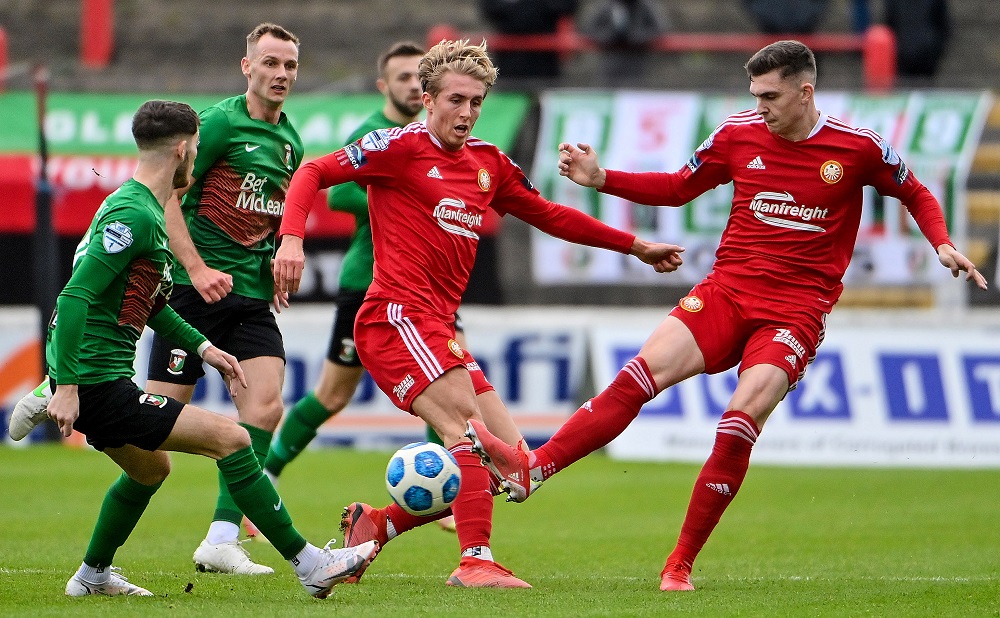 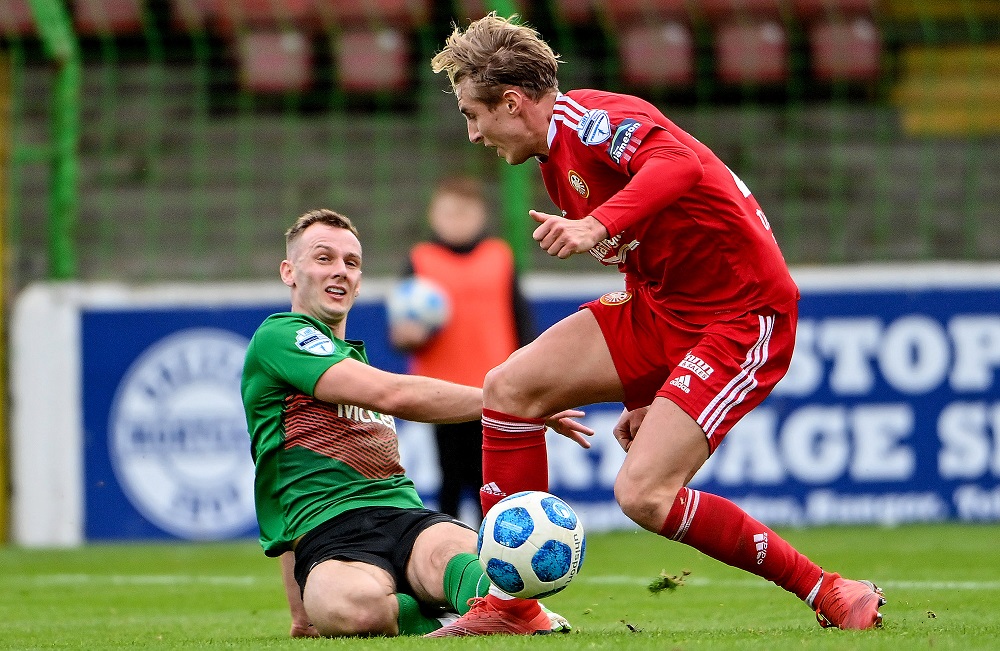 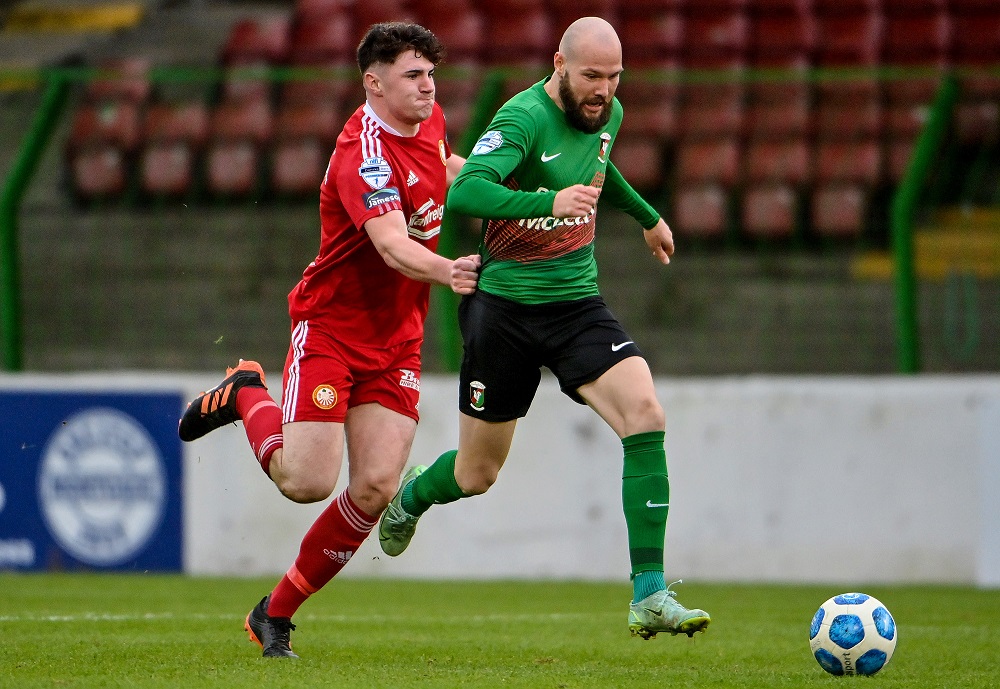 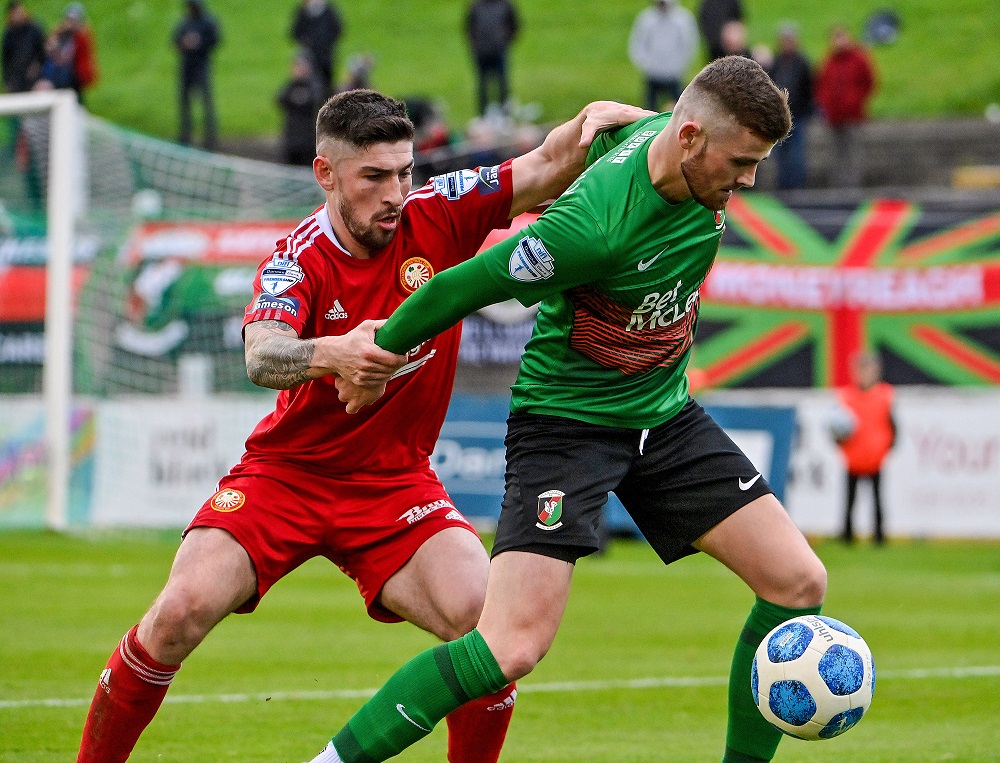 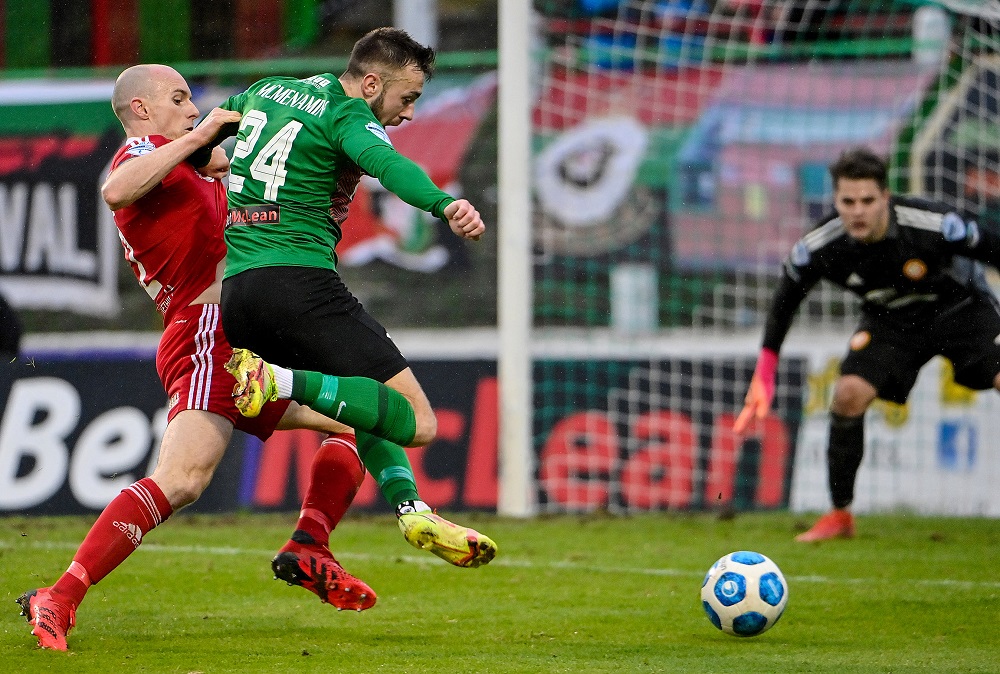 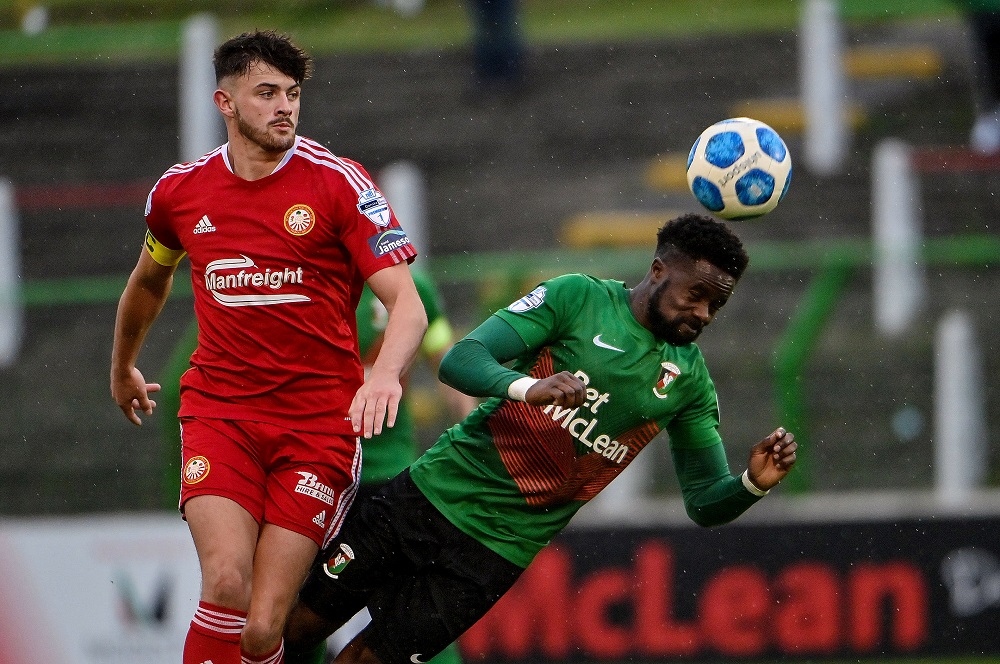