A goal in each half helped Glentoran defeat Carrick Rangers at the Loughview Leisure Arena on Friday evening.

The Glens got off to a bright start when Jay Donnelly fired a low shot past the far post early on while Carrick's first effort of note came via Kyle Cherry's free-kick which Ross Glendinning tipped over.

The deadlock was broken just before the half-hour mark. Conor McMenamin sent over a cross from the right which Donnelly met at the back post to direct a header past Neil Shields into the opposite bottom corner.

Carrick attempted an immediate response when Stewart Nixon's long throw reached both Ben Tilney and Alex Gawne but neither could make the most of the opportunity.

And the home side came even closer to levelling a couple of minutes after the break after Lloyd Anderson cut the ball across from the right side of the area but Jordan Gibson could only direct it onto an upright.

Donnelly might have doubled Glentoran's lead on 55 minutes with a header from inside the box from Rhys Marshall's delivery but the effort was turned straight at Shields.

But Glentoran's second did arrive just five minutes after that after a quickly taken free-kick reached McMenamin who duly fired into the top corner with a superb strike.

Ruaidhrí Donnelly tried to add a third on 71 minutes but Shields turned this to safety before McMenamin was also denied by the home keeper moments later.

Both sides had chances in the closing moment. Stewart Nixon saw a header at the back post comfortably held by Glendinning while Kurtis Forsythe was on hand at the other end to stop Robbie McDaid from finding the net. 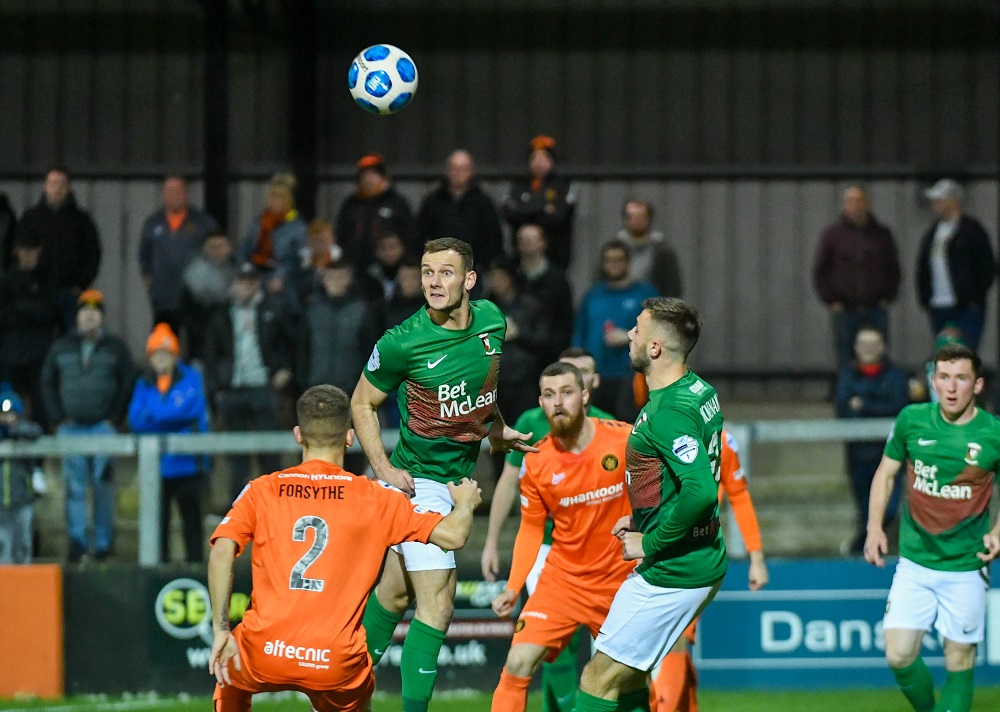 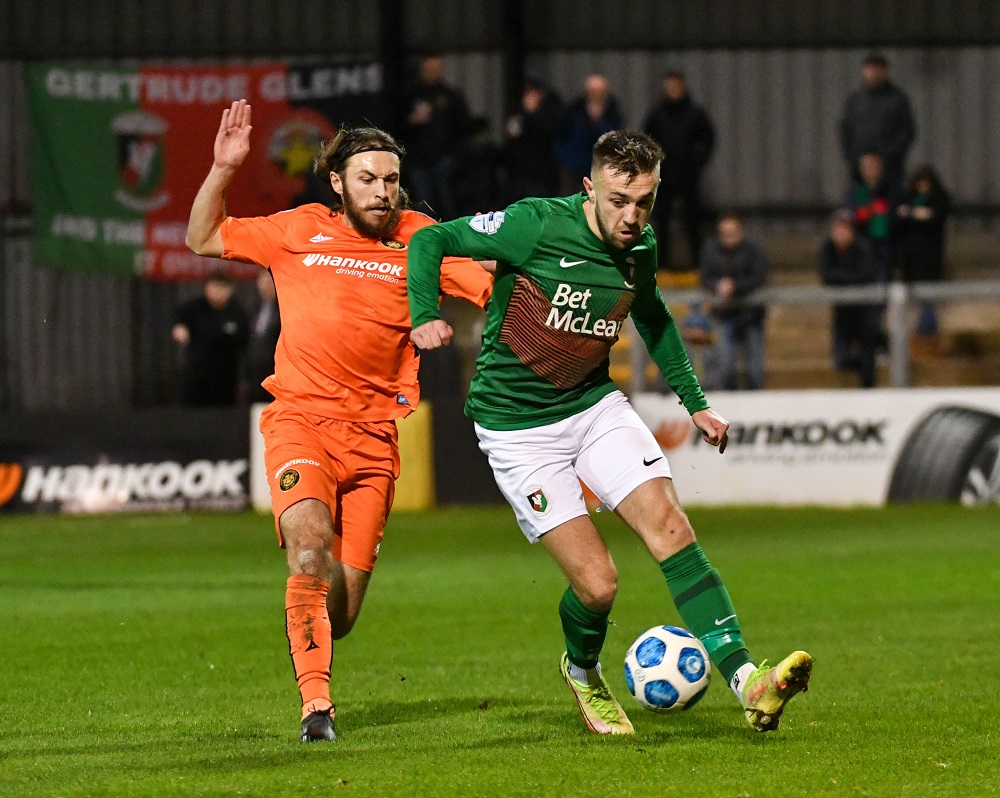 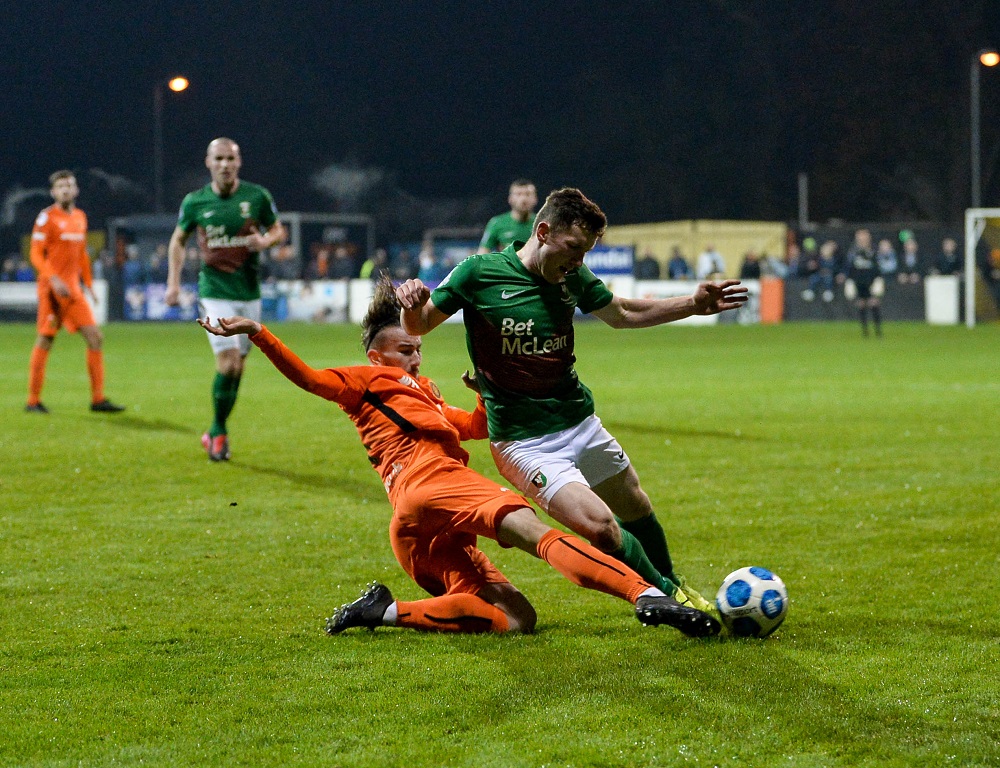 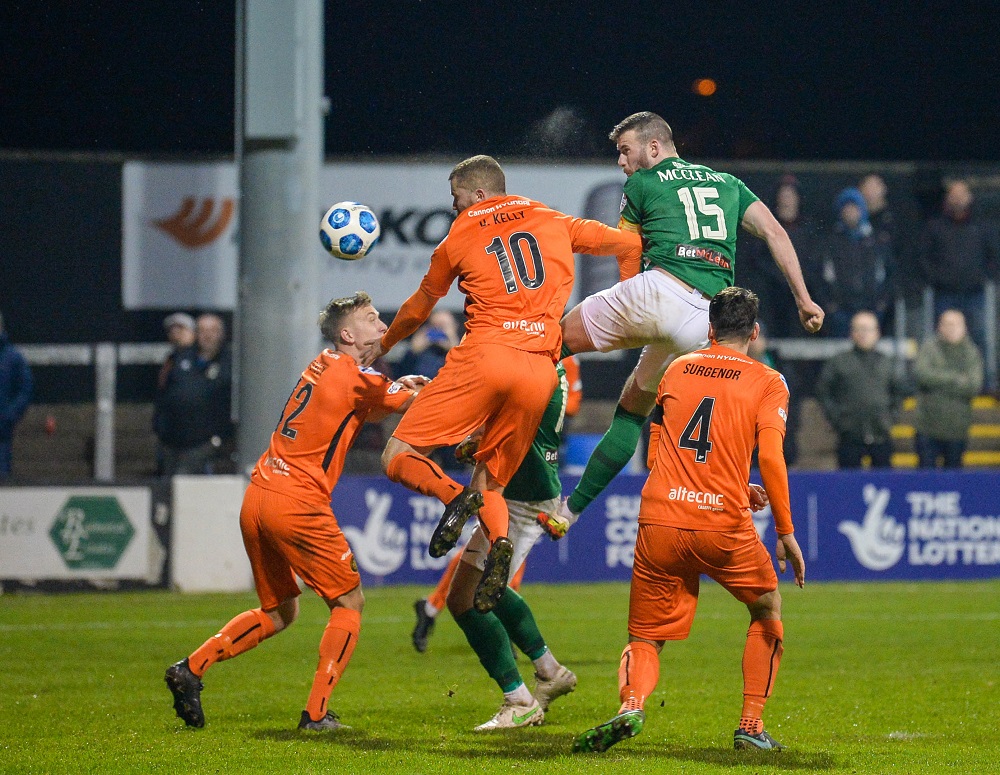 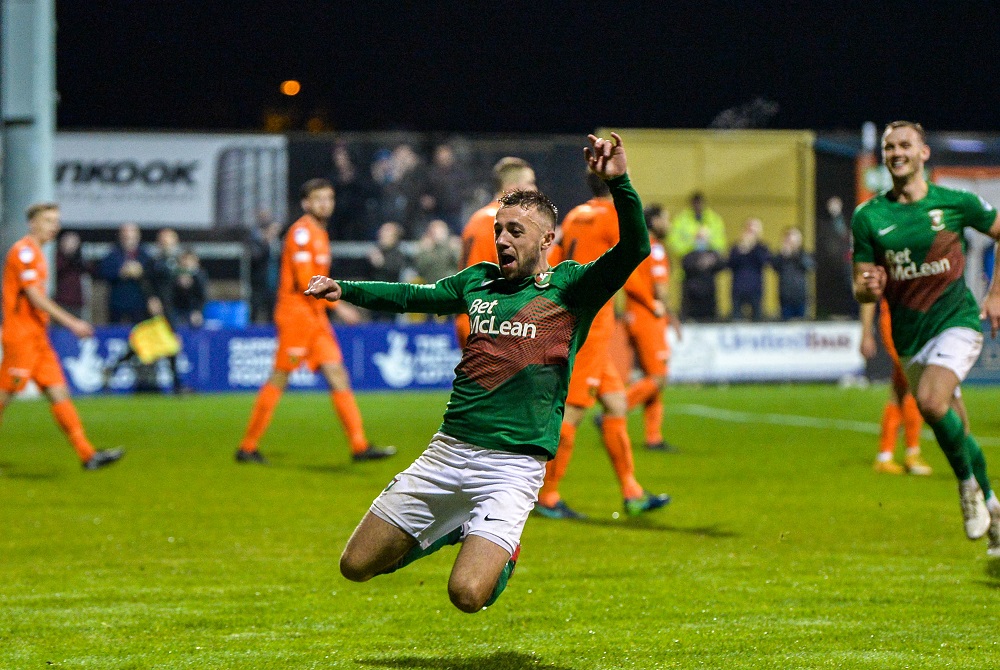 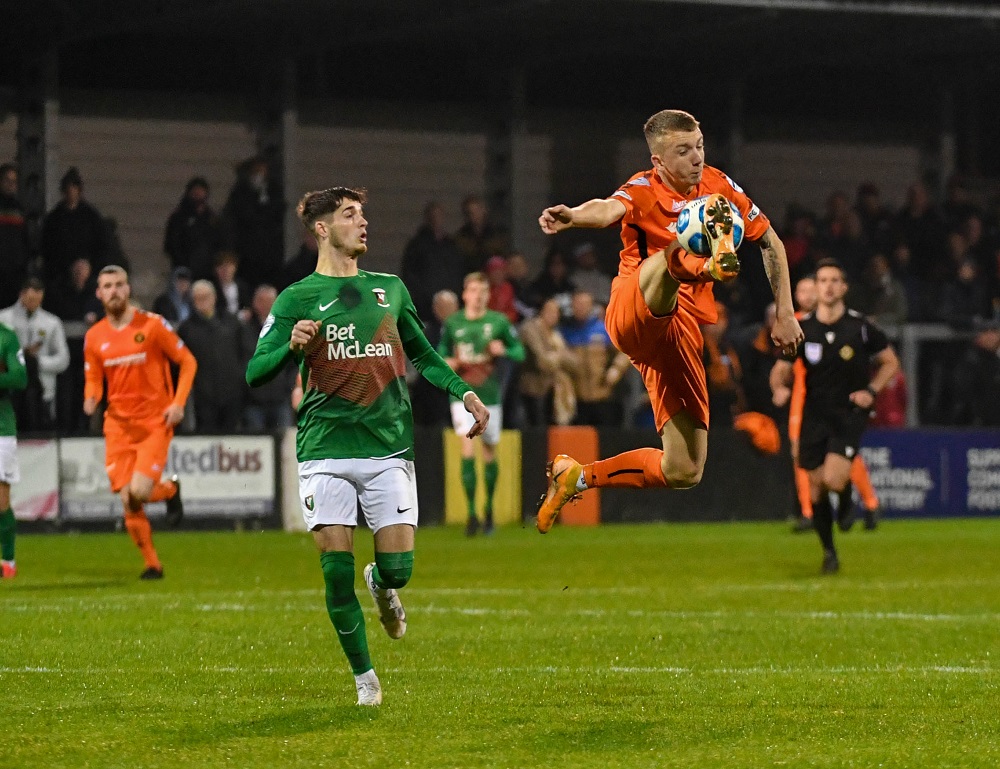