Two goals midway through the second half guided Crusaders to victory over Carrick Rangers at the Loughview Leisure Arena.

Crusaders started brightly, forcing a number of corner early on and seeing Johnny McMurray drag an effort wide of the left post.

Paul Heatley then had a go just after the half-hour mark after cutting in from the left but Hogg proved equal to the challenge.

Carrick came closest to breaking the deadlock a few minutes after that. Jordan Gibson won the ball from Jarlath O'Rourke and found David Cushley with a perfectly weighted pass but he could only scuff his effort wide of the near post.

Cushley then attempted to beat Jonny Tuffey from distance with the Crues keeper grateful to be able to palm the ball away, with the same player seeing an another effort right at the end of the first half fired over.

A scrappy start to the second half saw a number of bookings received by the home side while the Crues had penalty claims waved away.

But the visitors eventually broke the deadlock on 69 minutes. A flick from Lecky from Aidan Lecky's long ball forward saw Heatley played through and he made no mistake sending a low shot past Hogg into the bottom corner.

Then, with a quarter-of-an-hour to go, the Crues doubled their advantage when Kennedy lobbed the ball over the advancing Hogg after winning a header to gain possession.

There was almost a third for the Crues late in the game when substitute Ross Clarke seemed to wrong foot Hogg but the Carrick keeper was able to turn the ball away from a corner - and from the subsequent set piece Wilson headed the ball down in front of goal before it bounced over. 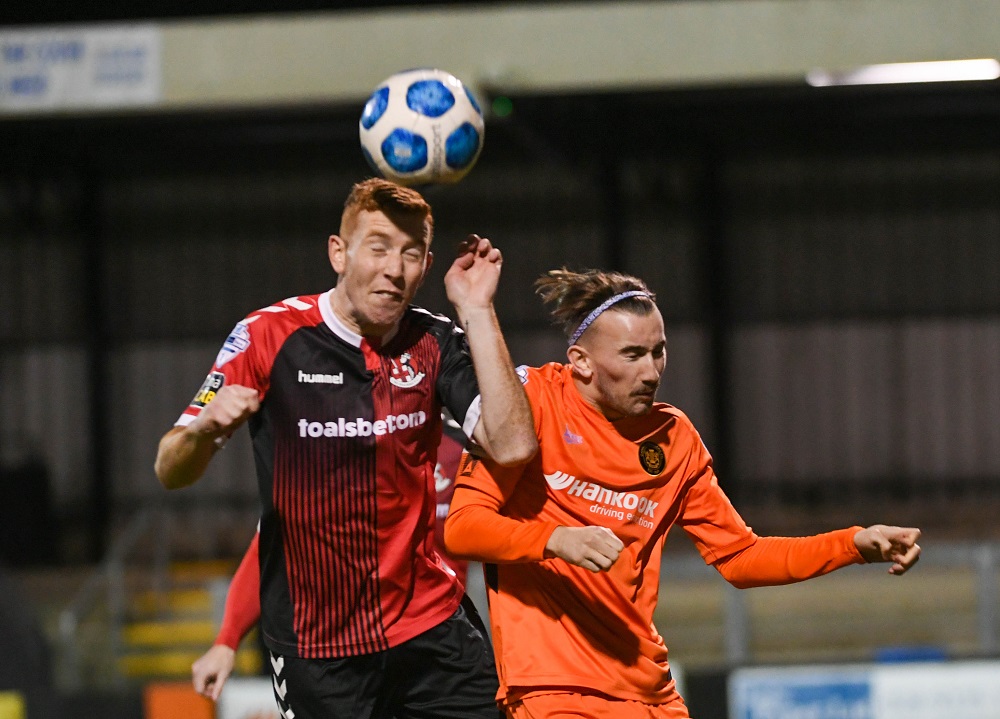 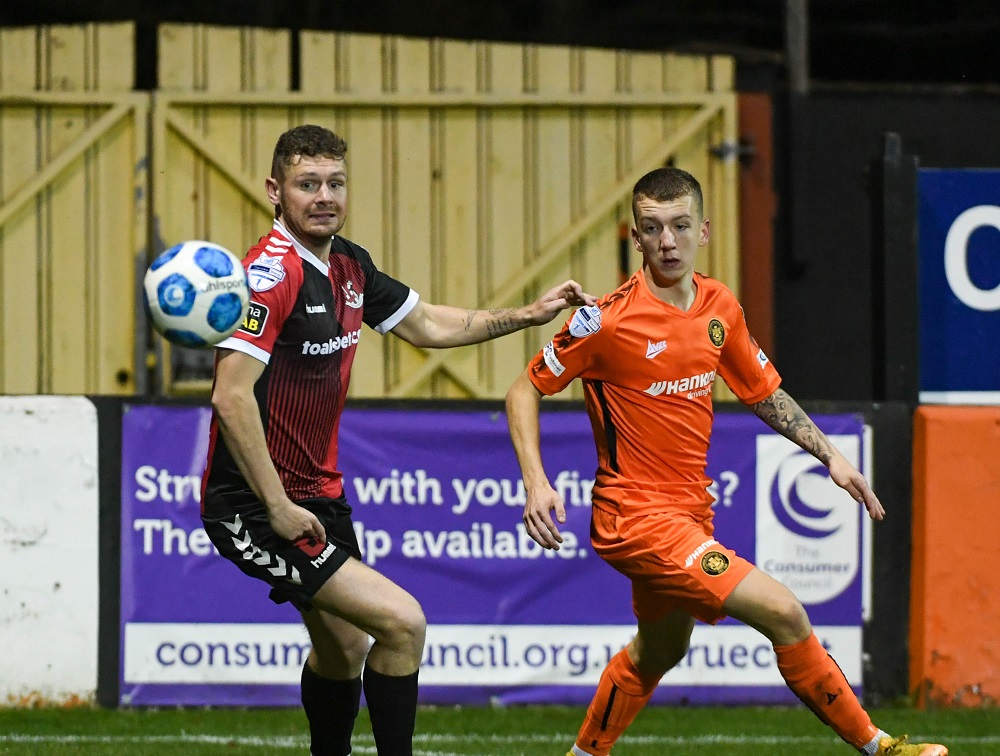 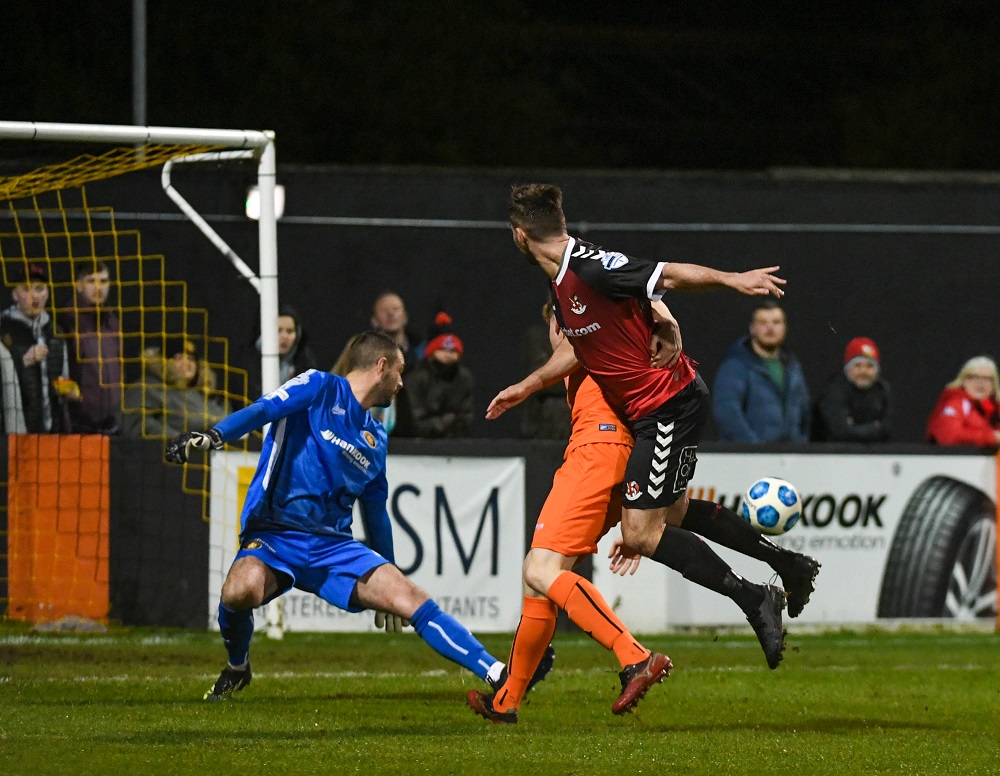 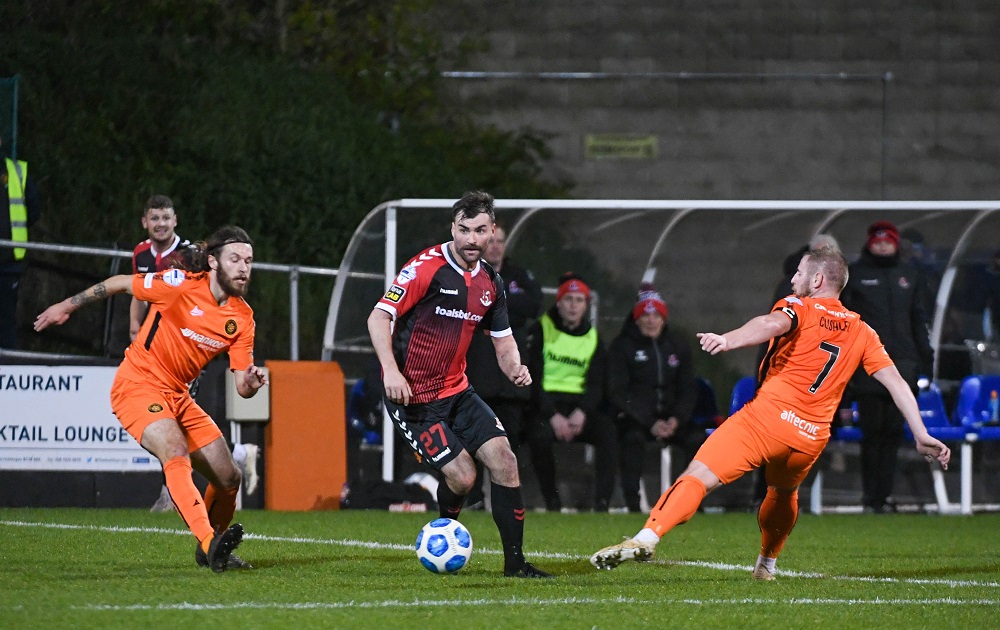 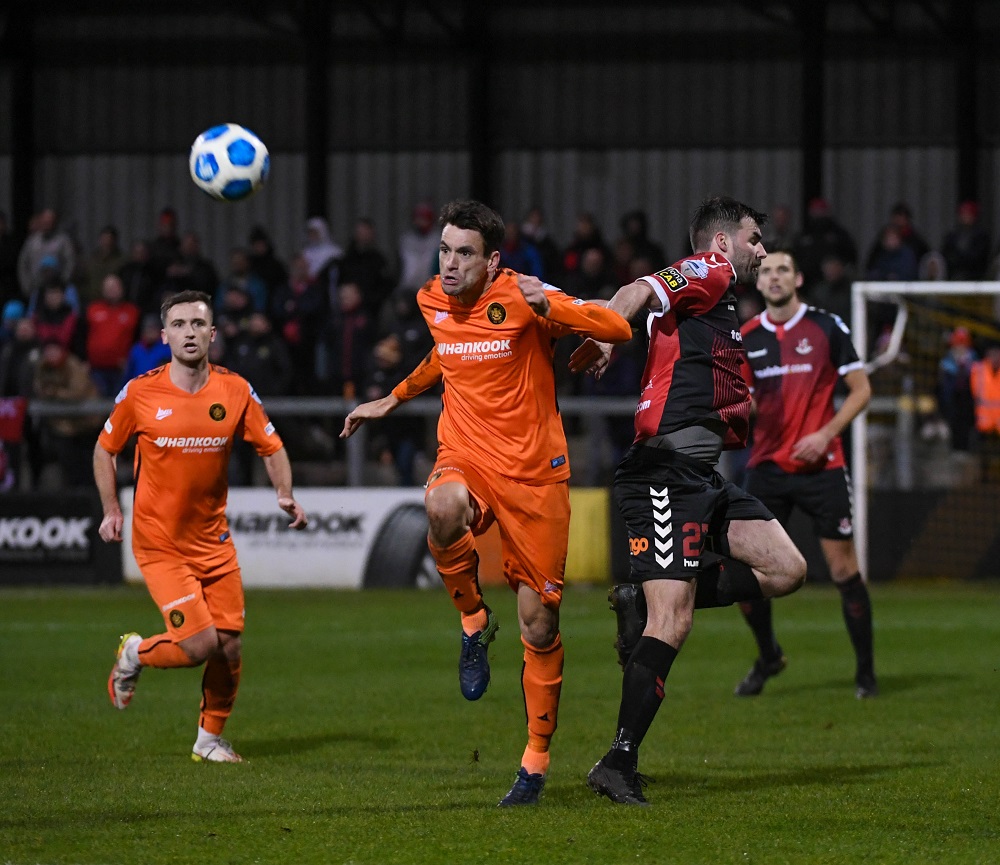 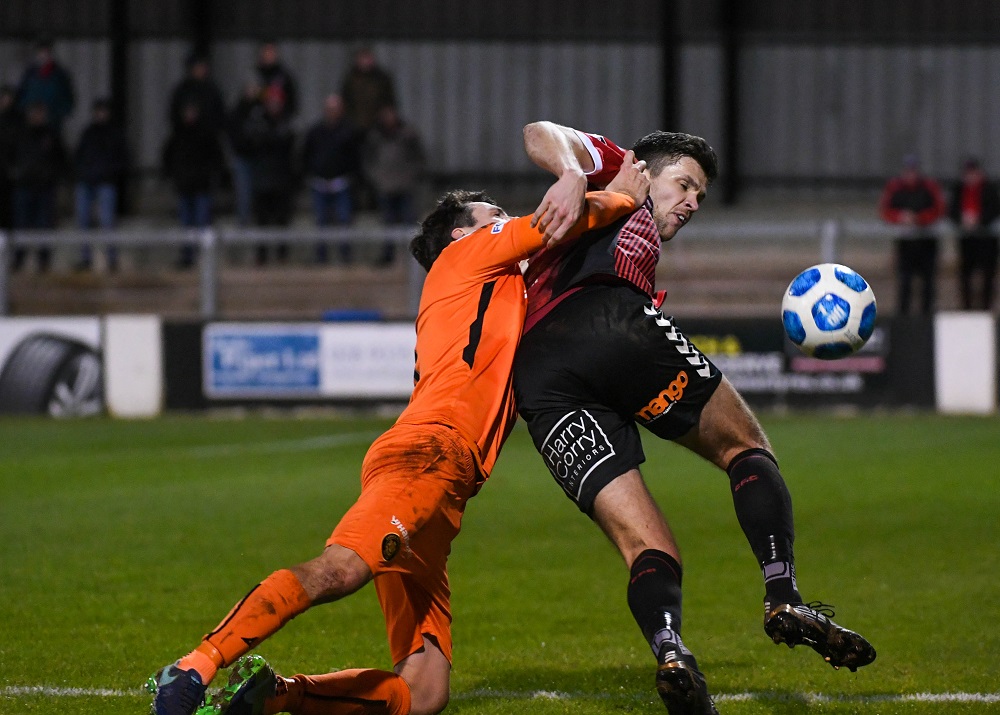