The Blues moved in front after just 12 minutes when Christy Manzinga beat the offside trap to run onto a Kirk Millar pass and beat James Taylor with a low shot at the second attempt.

Manzinga made it 2-0 just before the half-hour mark. Again Millar provided the telling ball, a pass cross the box, for Manzinga to turn home from point blank range.

And a third followed six minutes from the break. Millar fought he had found the net himself with a header but this was cleared off the line by Danny Wallace albeit only as far as Ahmed Salam who volleyed past Taylor to effectively put the game beyond doubt.

Glenavon started the second half brightly, coming close early on when Wallace found Matthew Snoddy unmarked at the back post but his effort was turned away for a corner from which Matthew Fitzpatrick directed a header off target.

Then, later in the game, Andy Waterworth found space in the box but his low shot was blocked and turned away to safety.

Linfield might have added a fourth in the closing minutes when substitute Matt Green did well down the right before finding Jordan Stewart but he couldn't make a strong enough connection to convert. 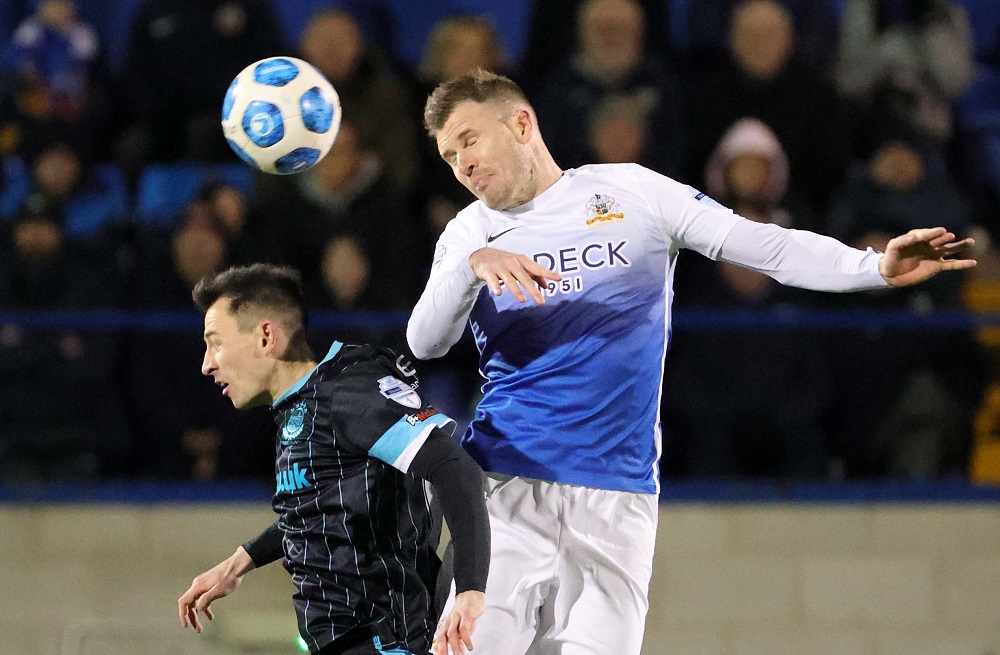 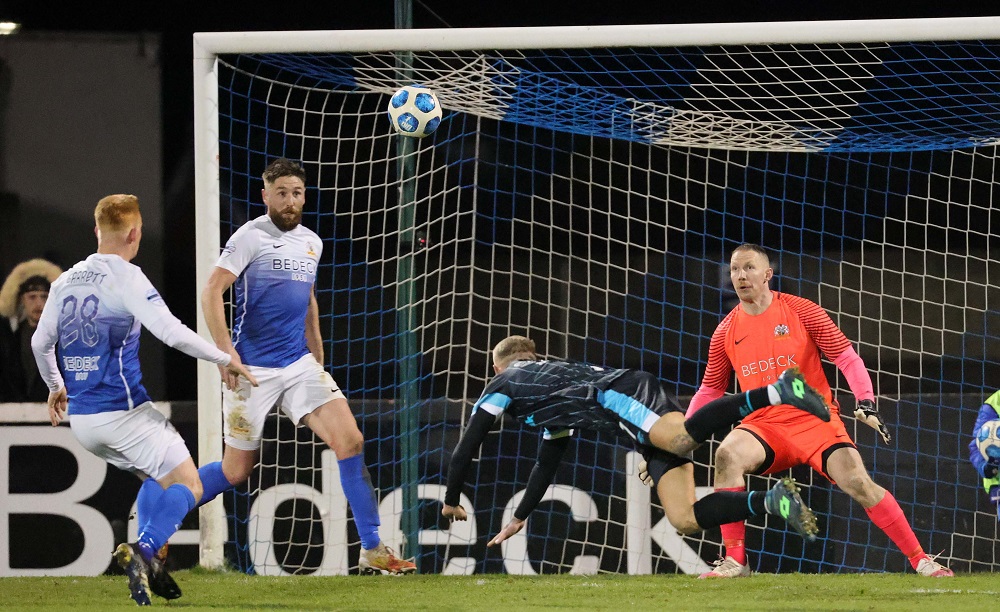 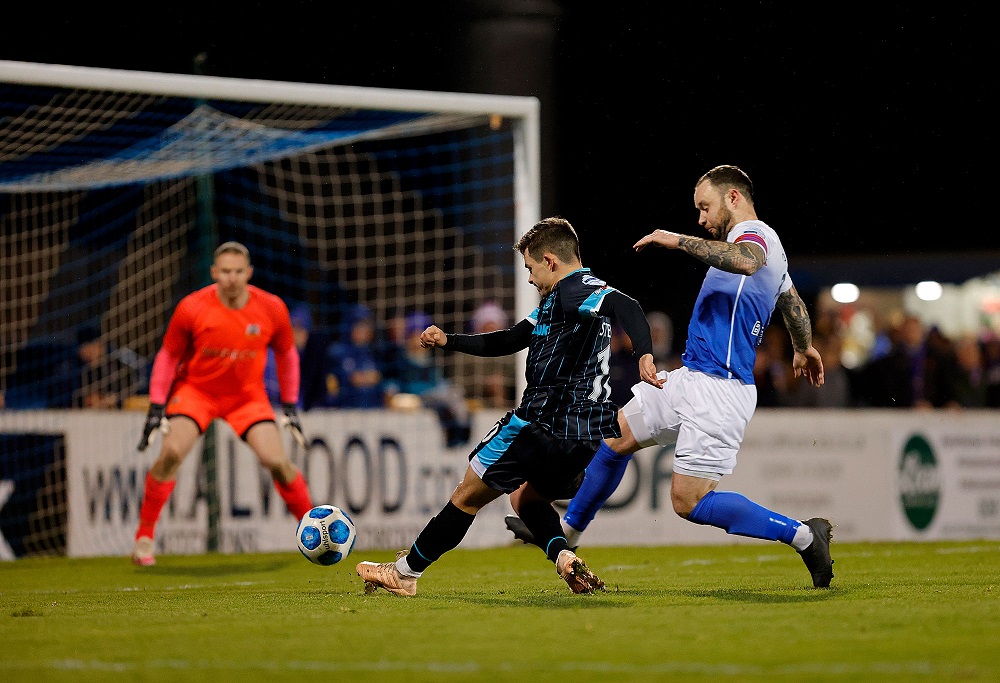 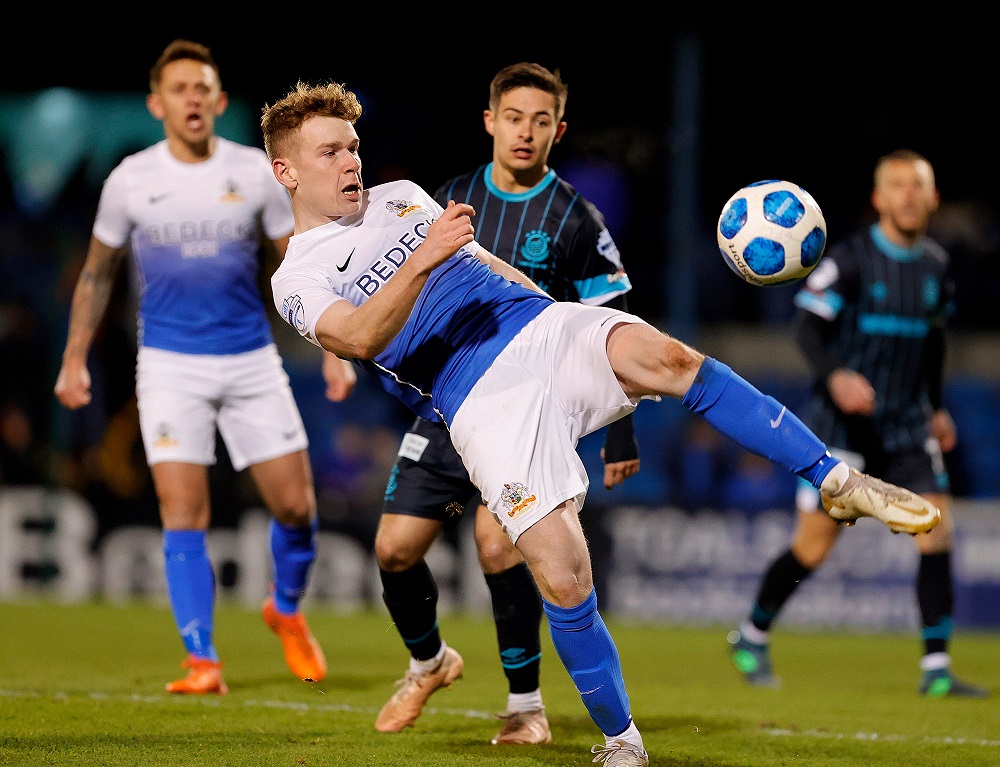 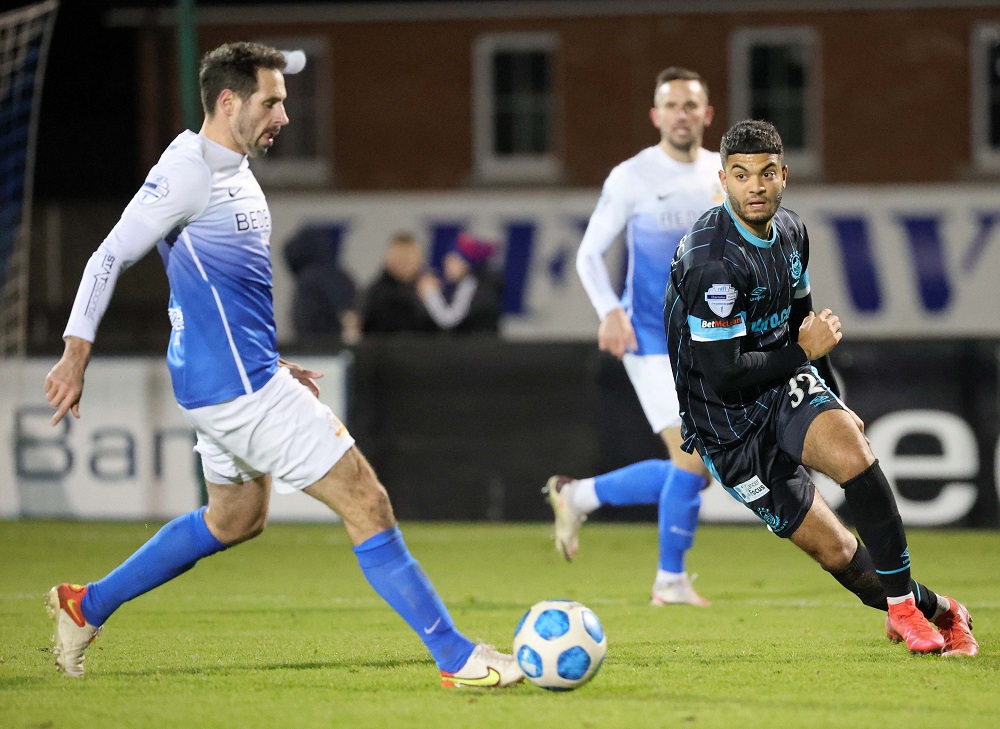 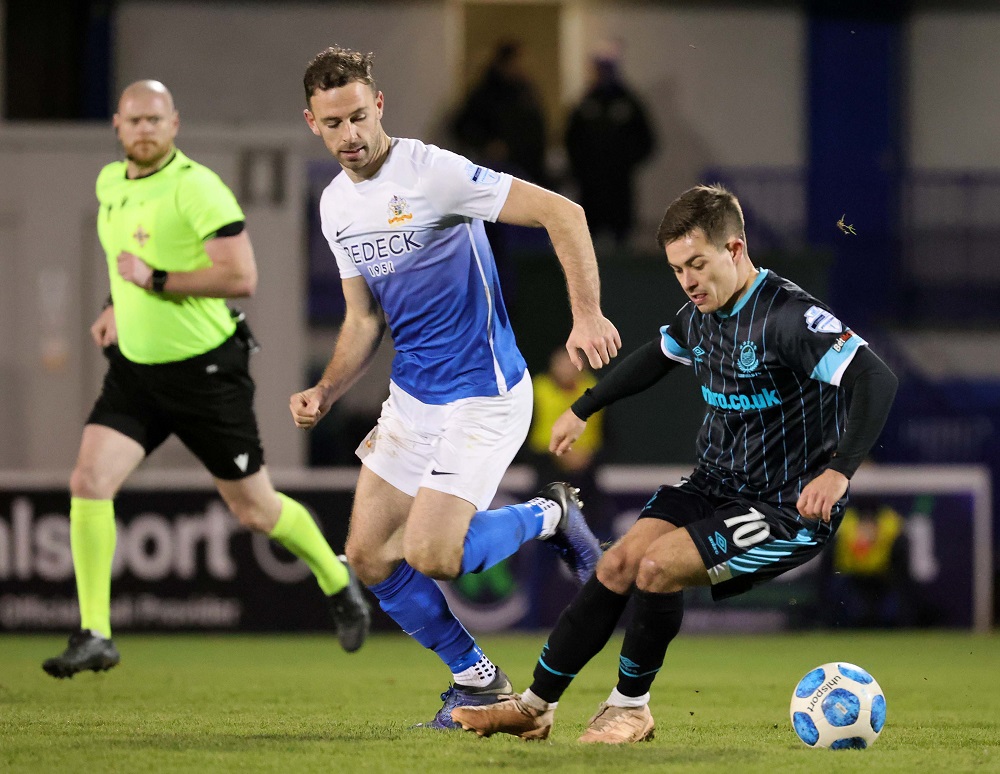