BLUES LEAVE IT LATE AT WINDSOR

Linfield needed two late goals to defeat Carrick Rangers at Windsor Park and move into second spot in the table.

The sides traded chances during the opening exchanges with Jim Ervin firing straight at Chris Johns from the edge of the area while, for Linfield, Stephen Fallon sent a dipping volley from 20 yards wide of Aaron Hogg's left-hand post.

And that pattern continued throughout the first half. Reece Glendinning did well to find time and space inside the box but his effort was comfortably gathered by Johns while, at the other end, Martin Donnelly looked certain to score only to see his shot blocked.

After the break Ahmed Salam went on a run through the Carrick defence before passing to Christy Manzinga but his shot was cleared off the line by Kurtis Forsythe.

As the second half progressed Linfield looked the more likely to open the scoring. Manzinga connected with a Trai Hume cross only for his header to be blocked while Hume himself powered the ball just over from a Salam right-sided corner.

Carrick almost sneaked in front with just under a quarter-of-an-hour remaining when Lloyd Anderson latched onto a through ball but Johns reacted well to deal with the danger.

The Blues came close again soon after when Manzinga's deflected onto the top of the crossbar but, just a couple of minutes after that, they did take the lead courtesy of Chris Shields' spot-kick awarded after Kyle Cherry was penalised for handling in the area.

Then, right at the end of normal time, Kirk Millar made sure of the points after latching onto Matthew Clarke's deep cross from the left and volleying home Linfield's second. 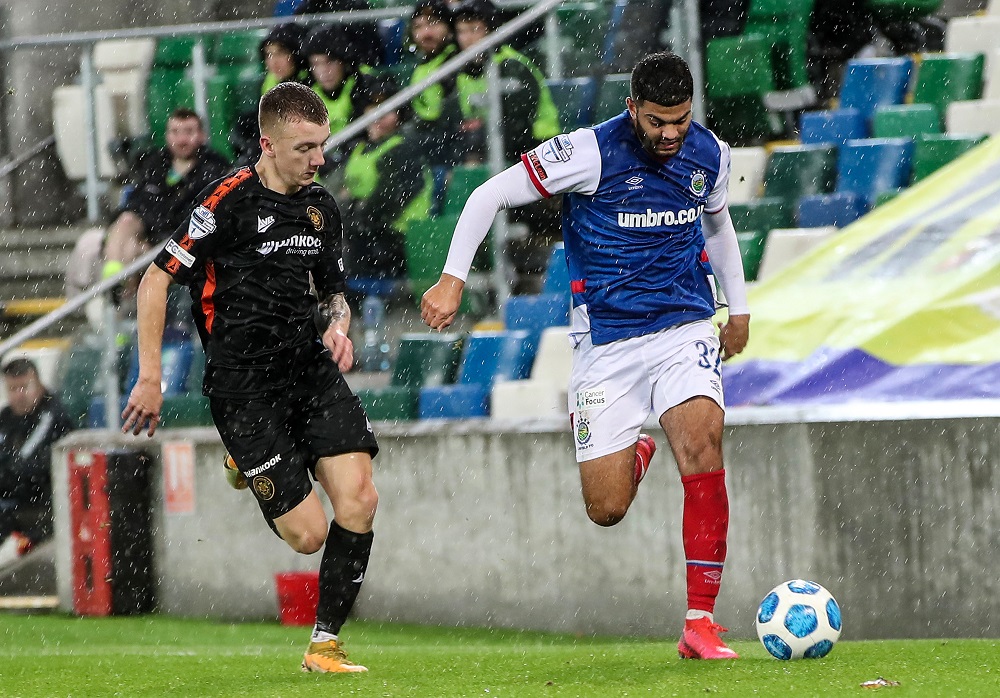 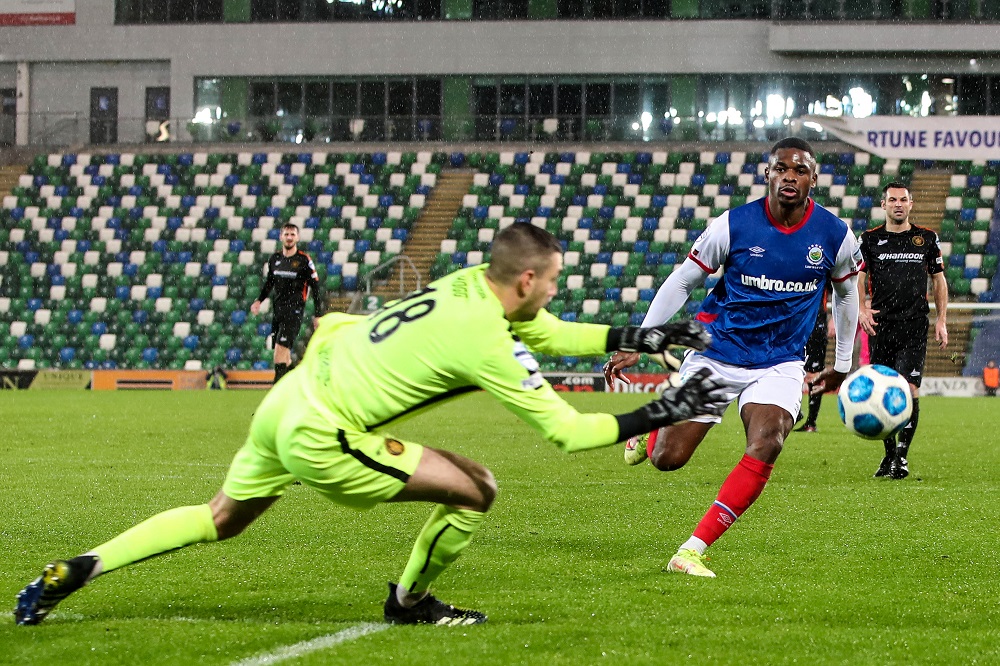 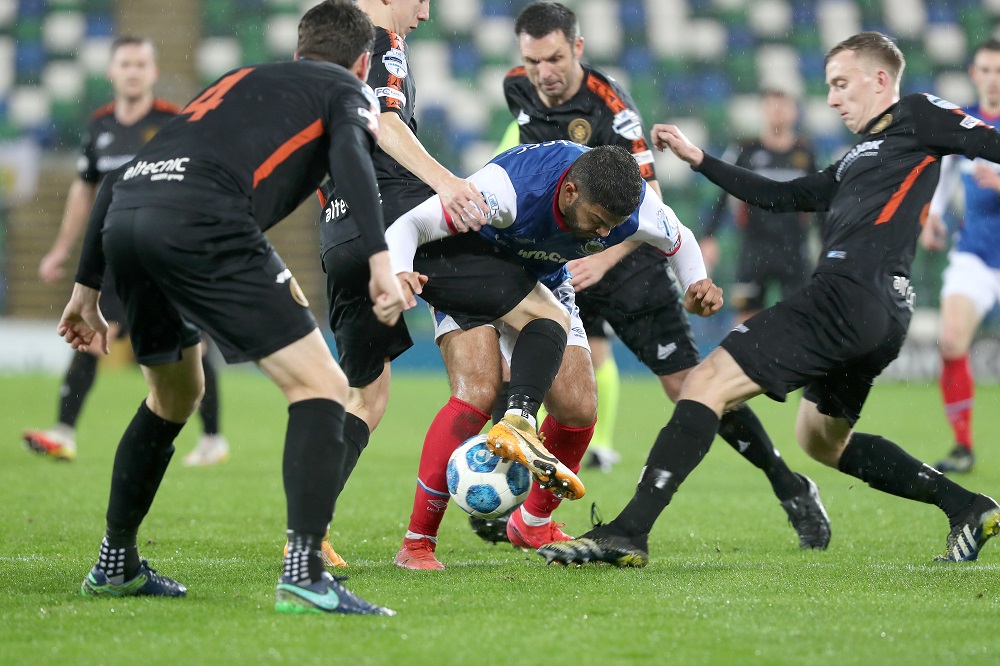 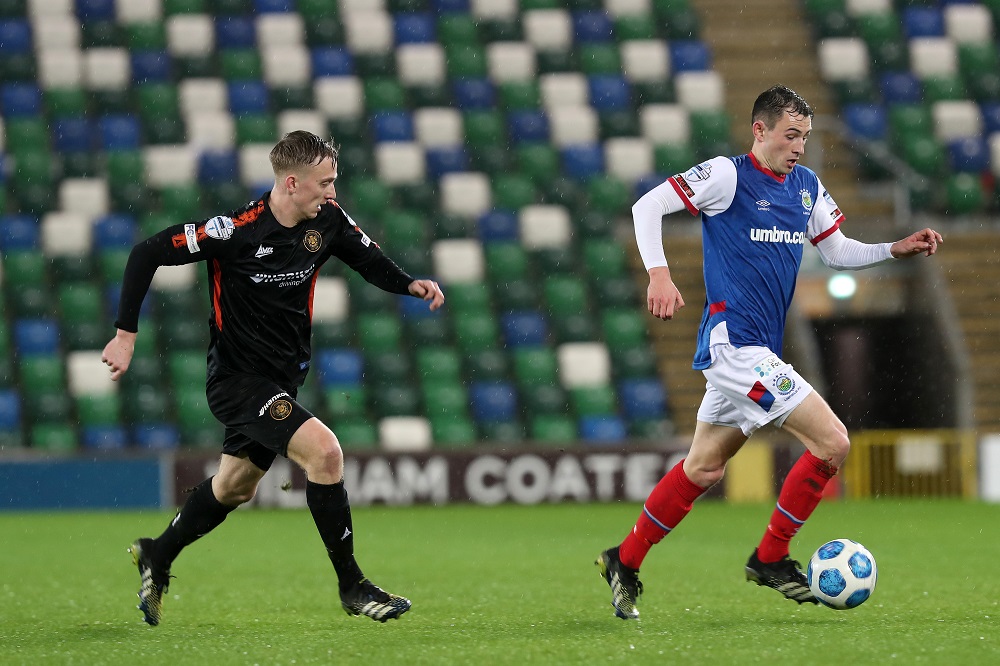 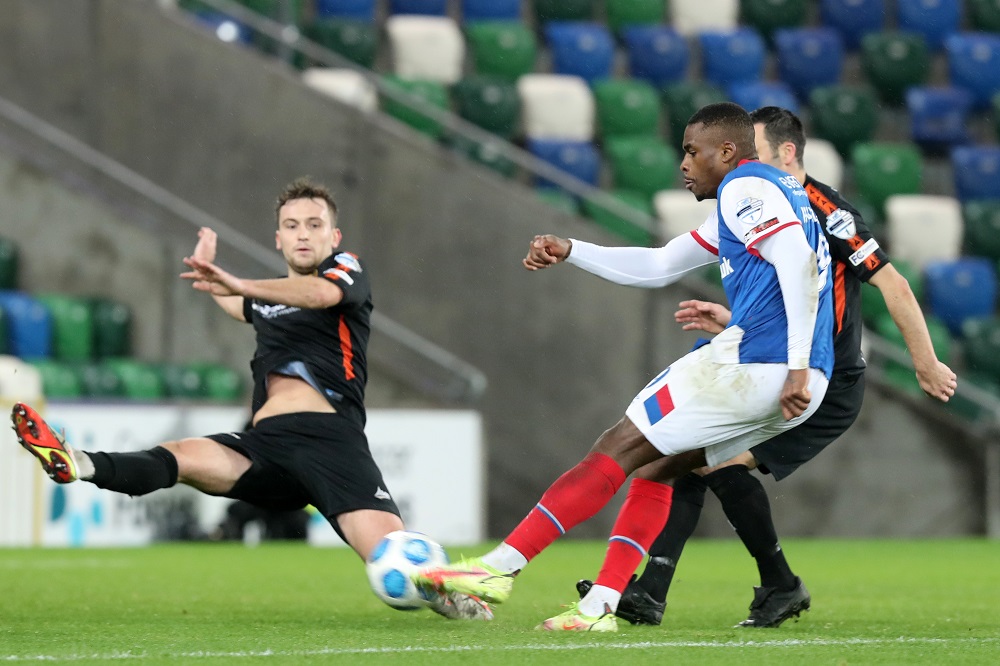 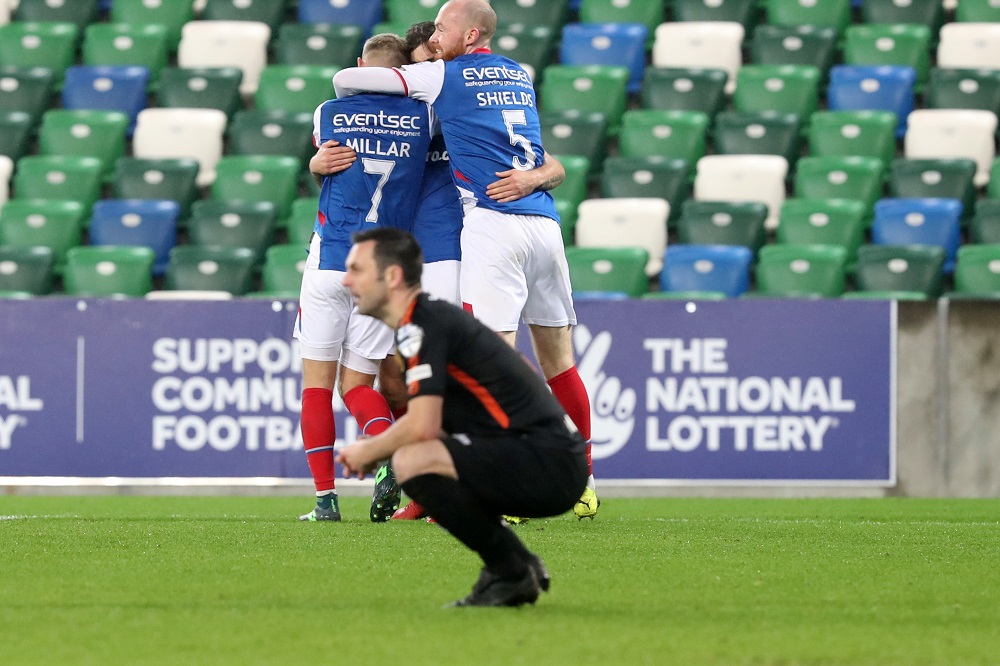