Jay Donnelly bagged a double as Glentoran came from a goal down to defeat Portadown at The Oval.

The Ports moved in front as early as the sixth minute when Michael Ruddy latched onto Oisin Conaty's ball from the left to fire a first-time 25-yard effort beyond Ross Glendinning into the top right corner.

Glentoran came close to levelling soon after when Rhys Marshall found Donnelly at the back post but he couldn't get the final touch before play switched down the other end for Paul Finnegan to nod the ball across goal with Adam McCallum narrowly failing to find the net.

The Glens levelled just before the break with Donnelly's first of the afternoon after knocking the ball home at the second attempt after Jethren Barr had saved first time round.

It was 2-1 on 62 minutes when Donnelly struck again, this time from an acute angle after Bobby Burns had knocked the ball forward.

Shay McCartan almost added a third on 79 minutes with a great effort from distance which was met by an equally impressive stop by Barr.

But Glentoran made sure with eight minutes left after Conor McMenamin finished low past Barr after the Ports defence couldn't quite clear Robbie McDaid's ball into the area. 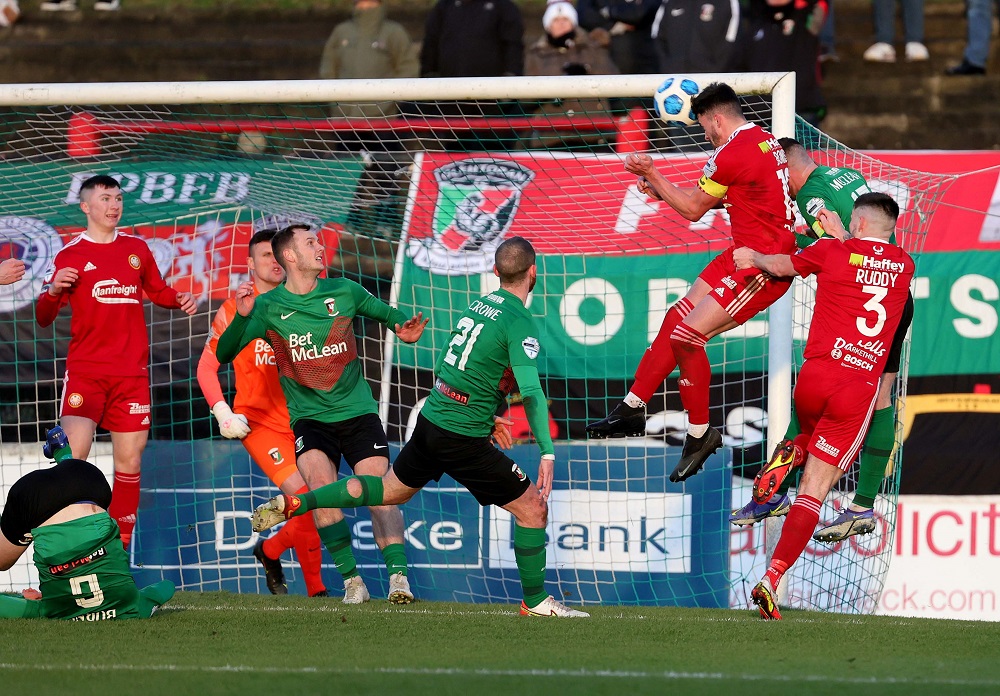 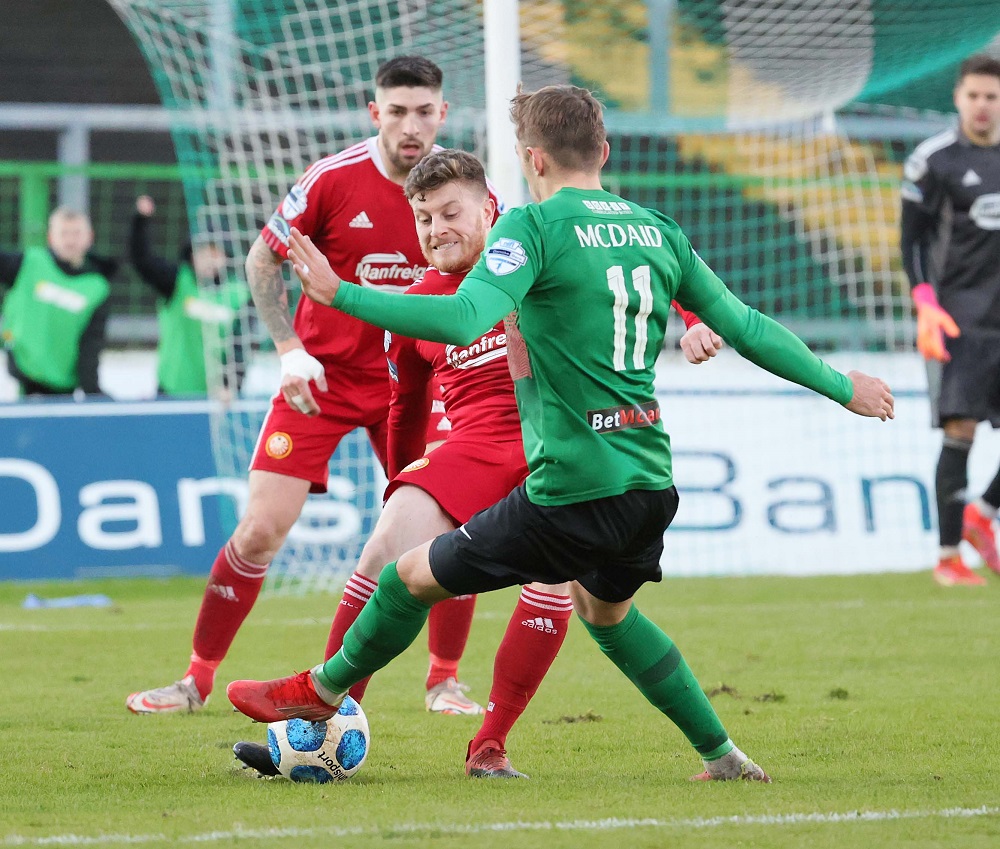 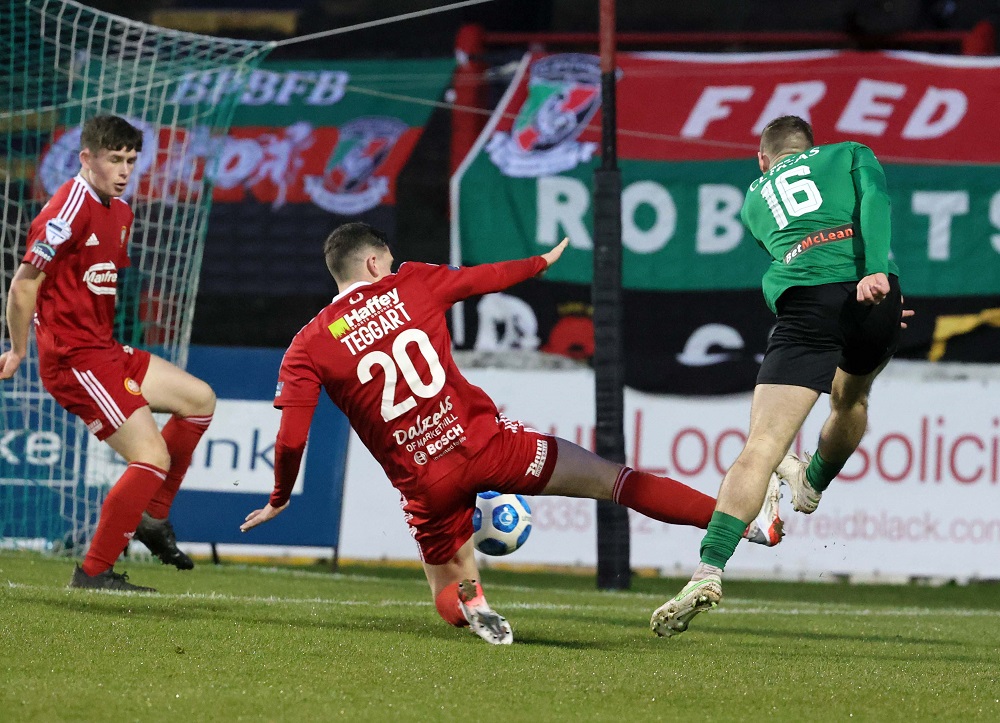 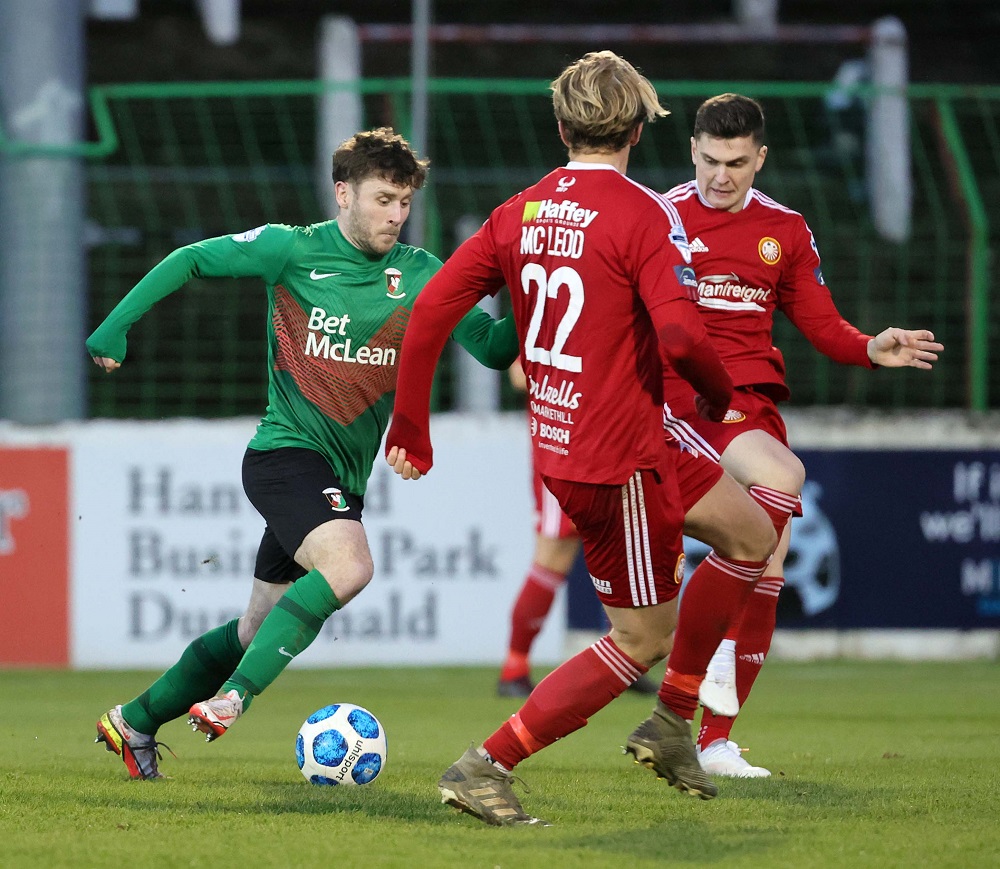 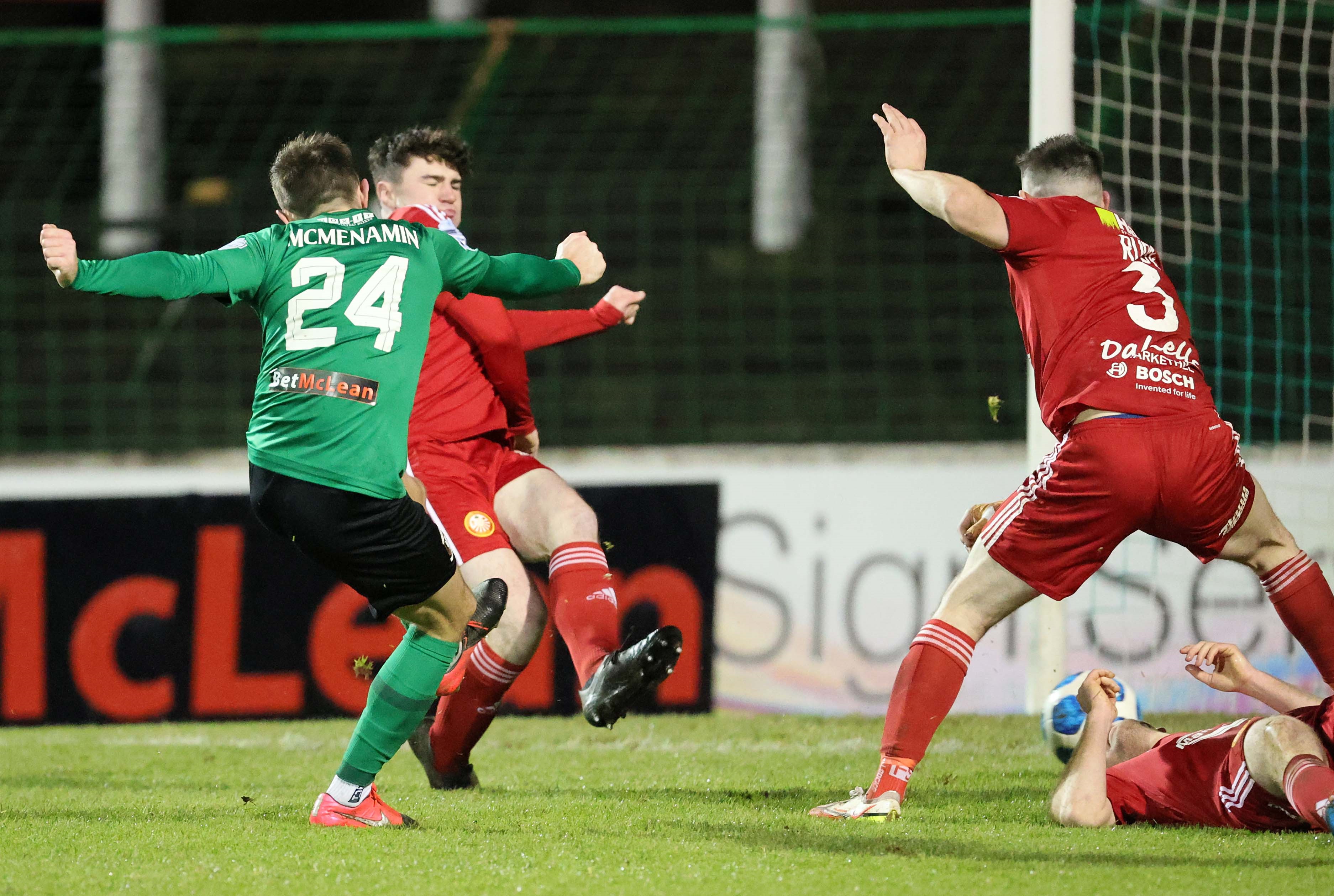 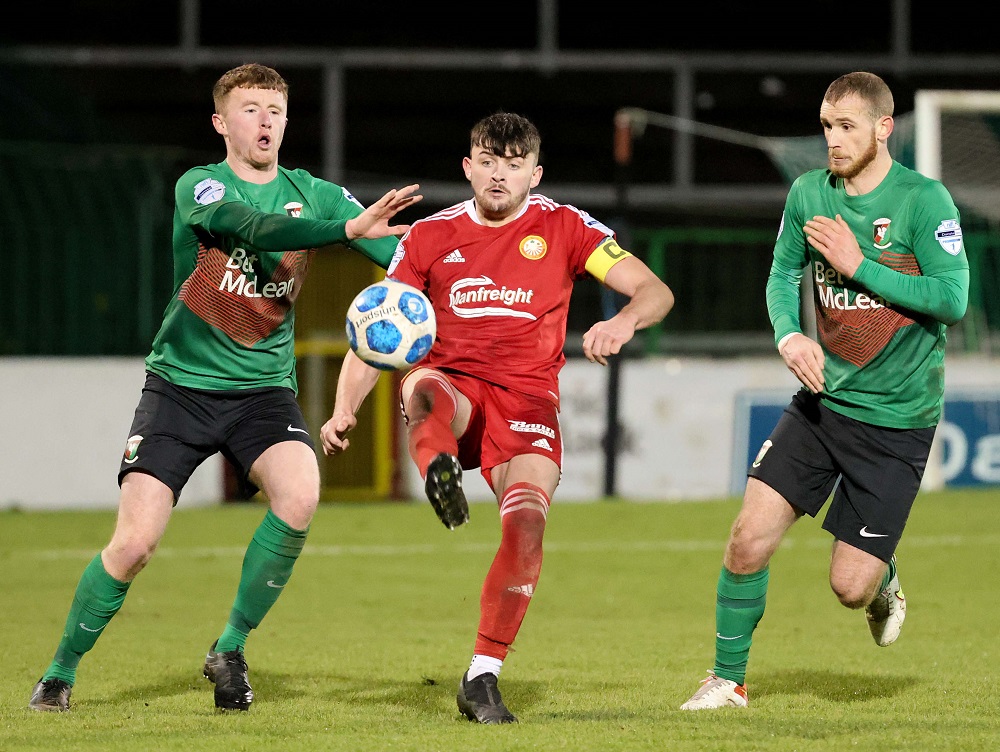