Glentoran made it six Danske Bank Premiership wins on the bounce with a two-goal defeat of Glenavon at the BetMcLean Oval.

The Glens might have edged in front as early as the sixth minute when, from a Conor McMenamin throw-in, Jay Donnelly found himself one-on-one with James Taylor only for the Glenavon keeper to turn the ball away for a corner.

However, Mick McDermott's side did move in front with a little under a quarter-of-an-hour on the clock when the roles were reversed after Donnelly delivered a right-sided cross to the far post for McMenamin to slot home from close range.

Glentoran then doubled their advantage around 20 minutes after that. Again Donnelly delivered the telling ball, this time for brother Rory, who beat Taylor with a low strike across goal into the bottom corner.

Seeking a third goal to kill the game off, the home side went close through Seanan Clucas eight minutes into the second half but Taylor did well to gather the shot from distance.

Taylor was called into action again a short time later to deal with an ultimately weak Robbie McDaid effort, followed a few minutes after that with an outstretched save to keep out Shay McCartan's 25-yard dipping free-kick.

Glenavon largely failed to trouble the home defence throughout, although they did enjoy a moment of promise later in the game when Josh Doyle headed over from just outside the box. 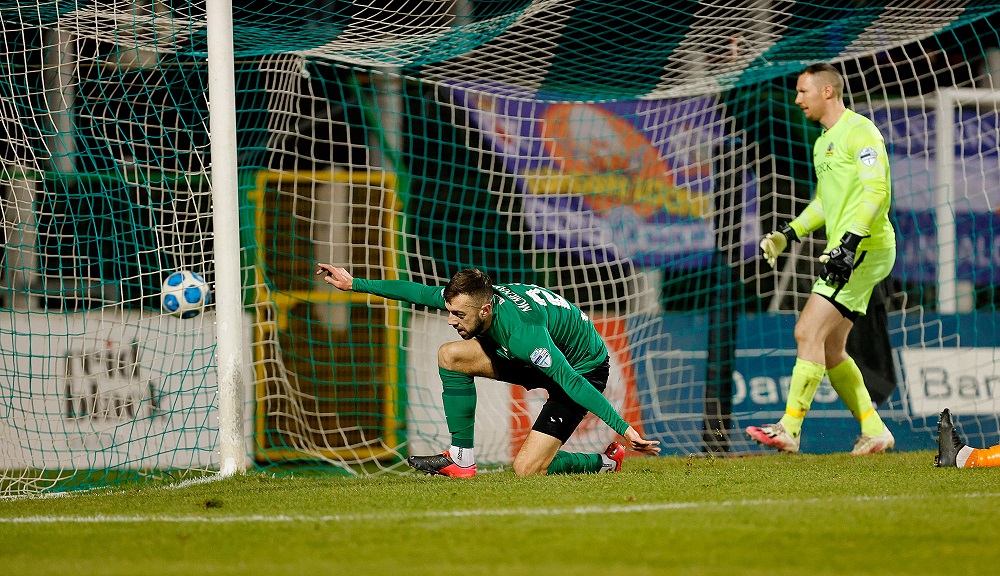 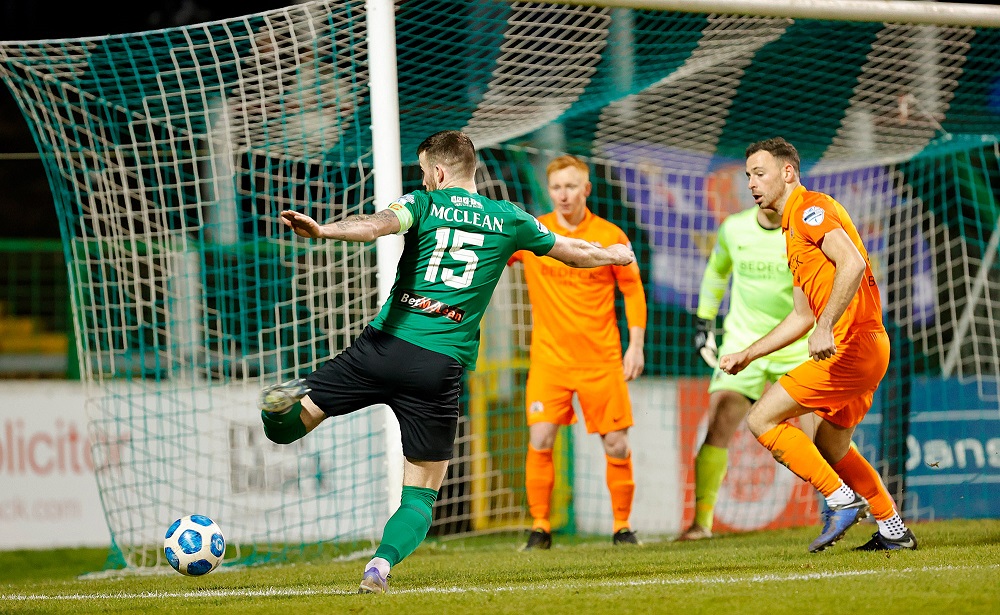 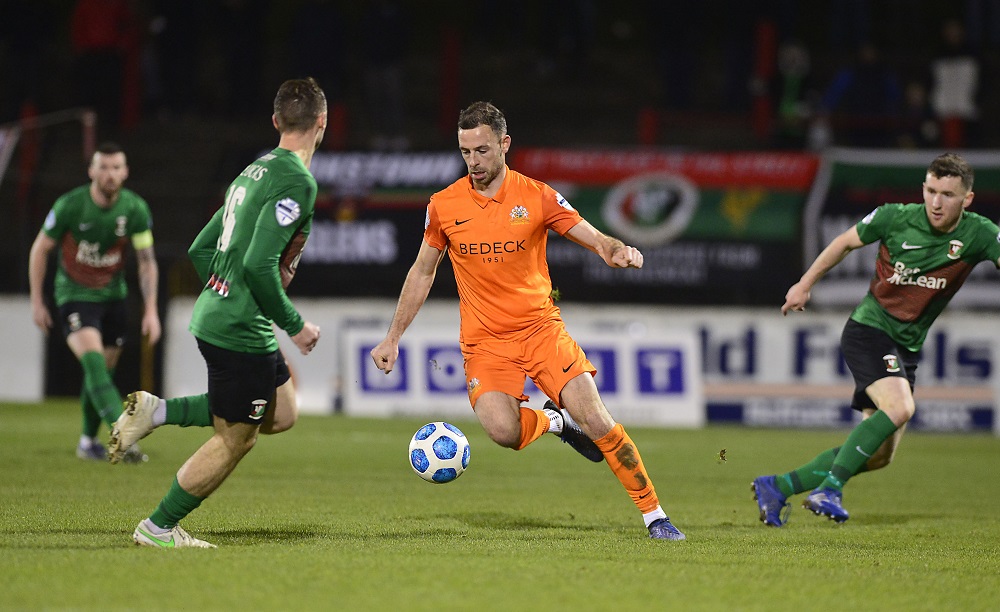 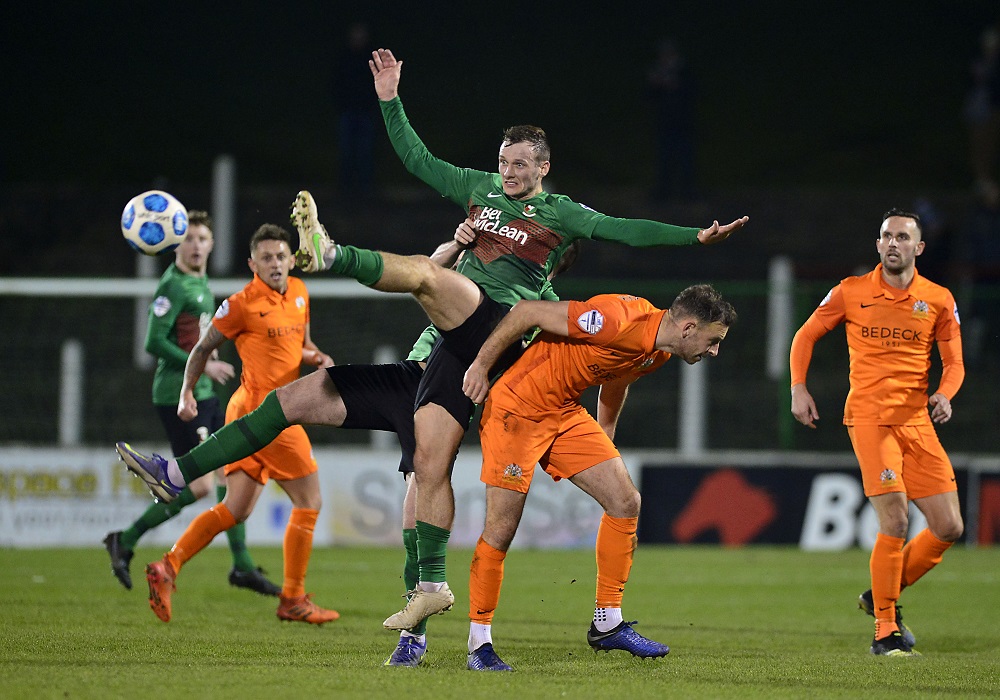 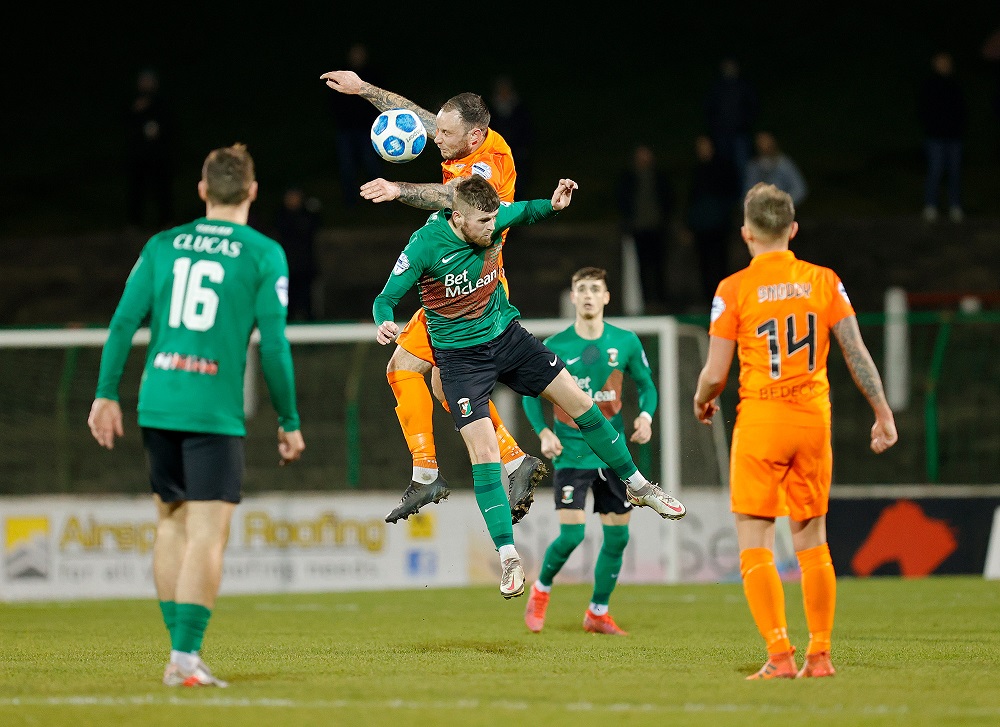 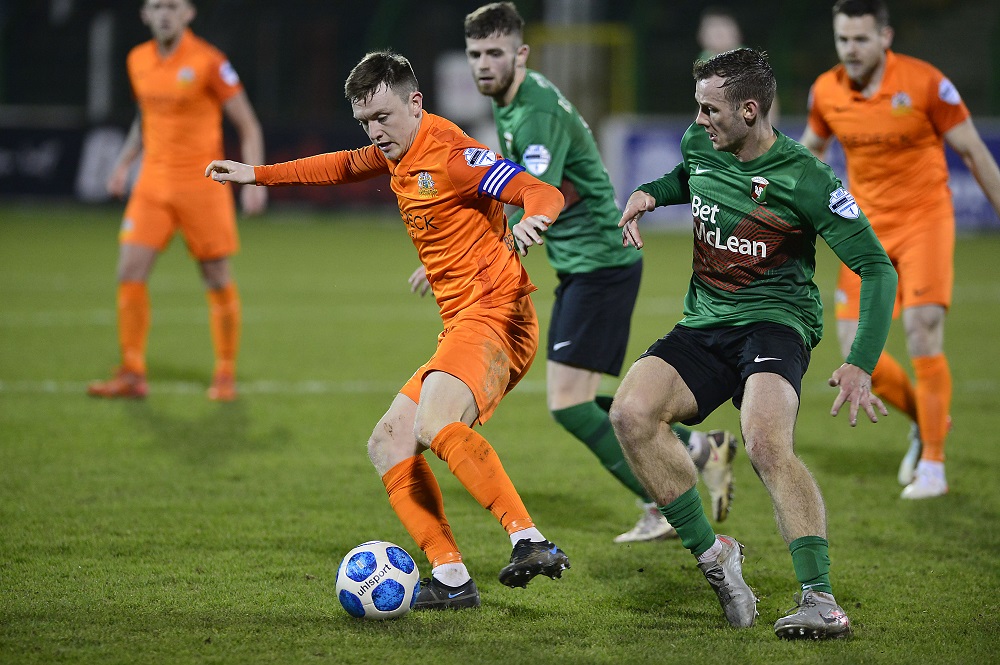