Goals from brothers Ruaidhrí and Jay Donnelly helped Glentoran defeat Coleraine at The Showgrounds and move Mick McDermott's side into second spot on goal difference.

It took the Glens just four minutes to move in front when, unmarked from a corner Ruaidhrí connected with Shay McCartan's corner to the near post to direct the ball over the line despite the best efforts of keeper Gareth Deane.

Coleraine responded positively to going behind, with Eoin Bradley, Patrick Kelly and Rodney Brown all threatening as the first half progressed but a combination of off target finishing and excellent defending maintained Glentoran's slender lead.

The visitors started the second half on the front foot, having an early effort from Bobby Burns deflected wide before Patrick McClean couldn't keep his shot from the subsequent corner on target.

For Coleraine James McLaughlin and Stephen Lowry both headed over but, on 62 minutes, Glentoran doubled their advantage when the younger Donnelly, Jay, tapped home from barely two yards out after Conor McMenamin did well to bring the ball into the box from the left before providing the decisive pass.

To their credit the Bannsiders didn't give up and might have pulled a goal back only for Aaron McCarey to deny Lyndon Kane with Jamie Glackin later blazing the ball over from a good position.

But Glentoran kept going in pursuit of a third killer goal, almost grabbing it through Robbie McDaid only for his touch to let him down while, deep into stoppage time, Jay sent an effort narrowly over. 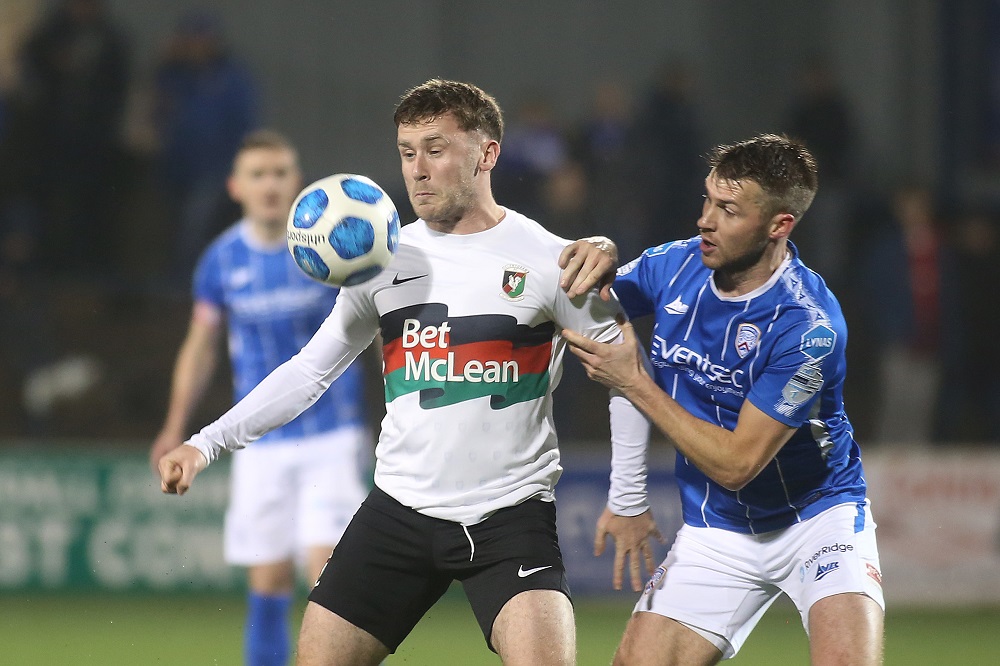 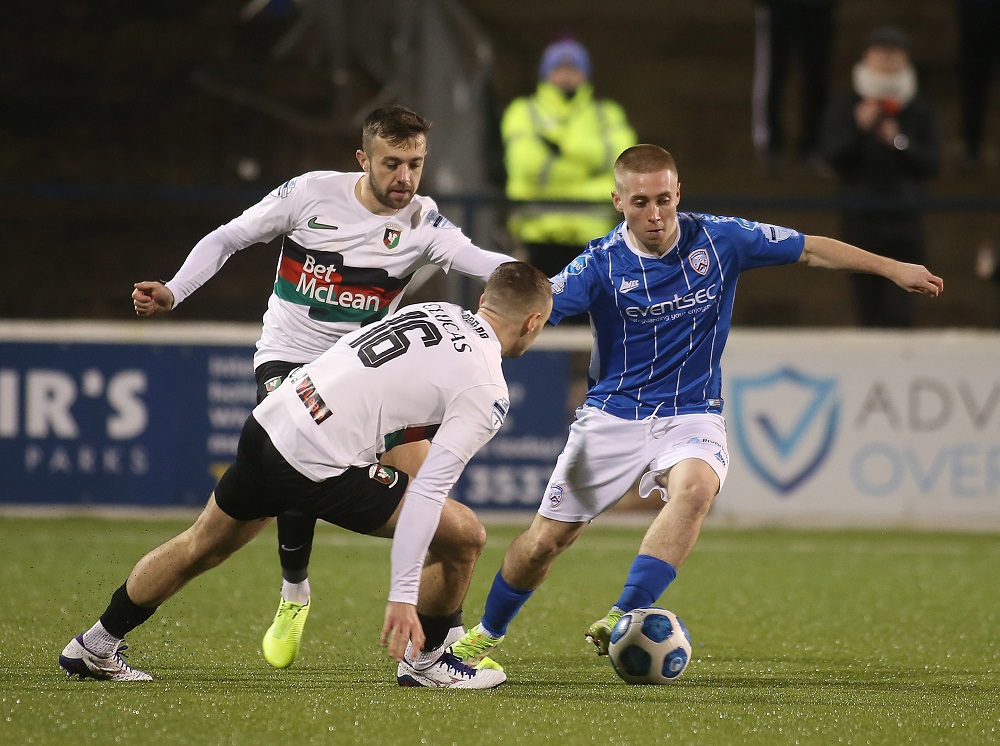 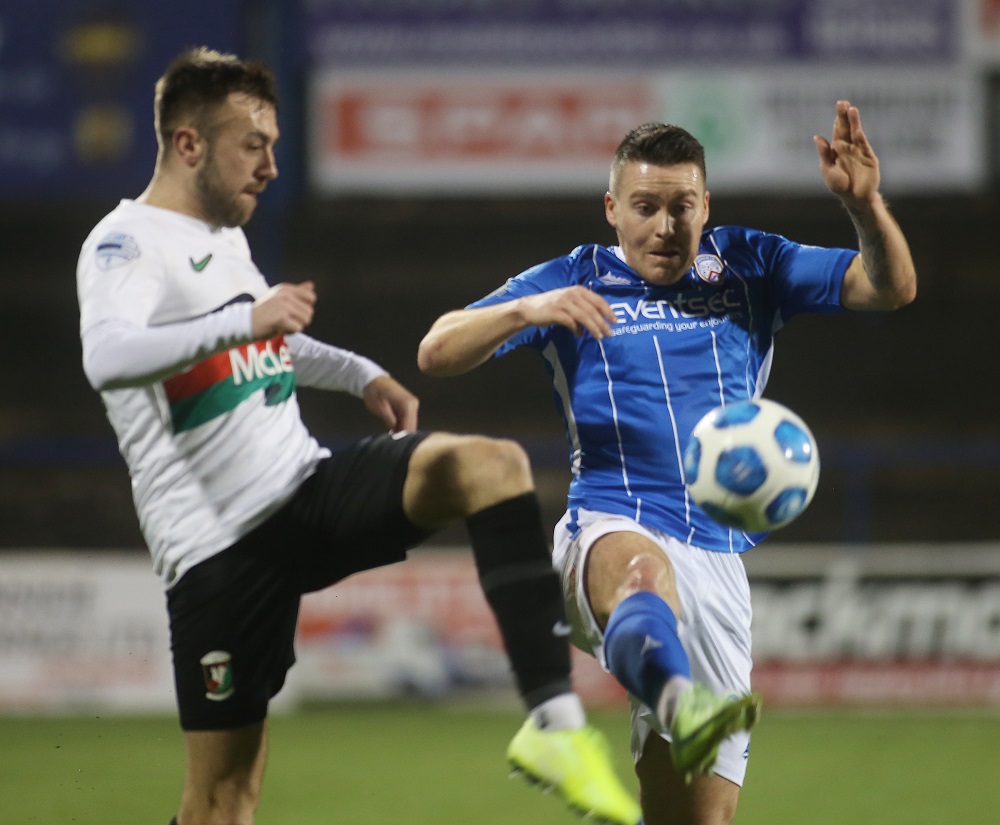 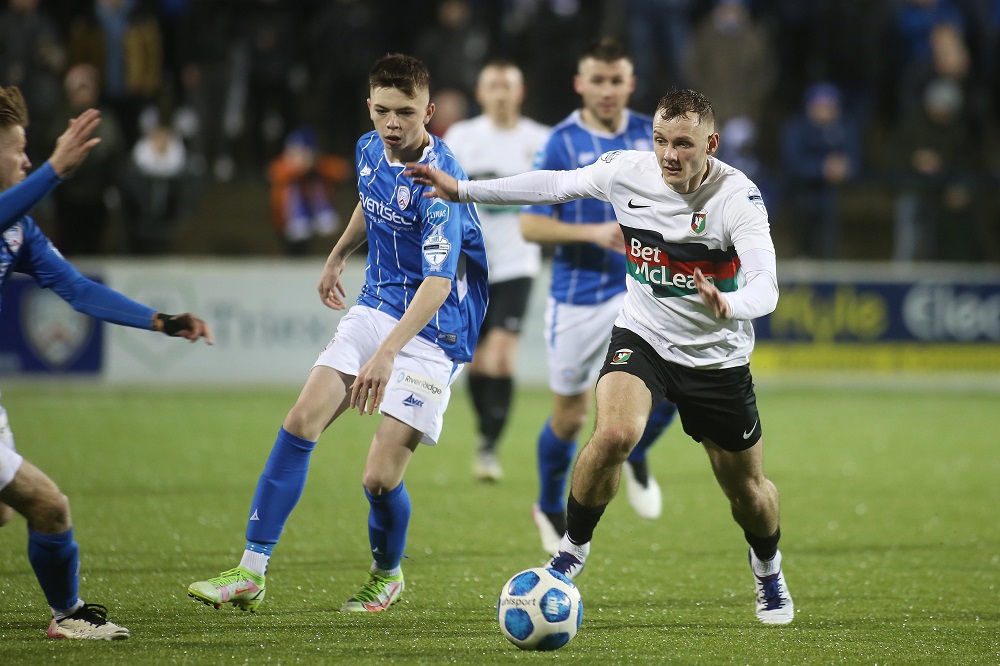 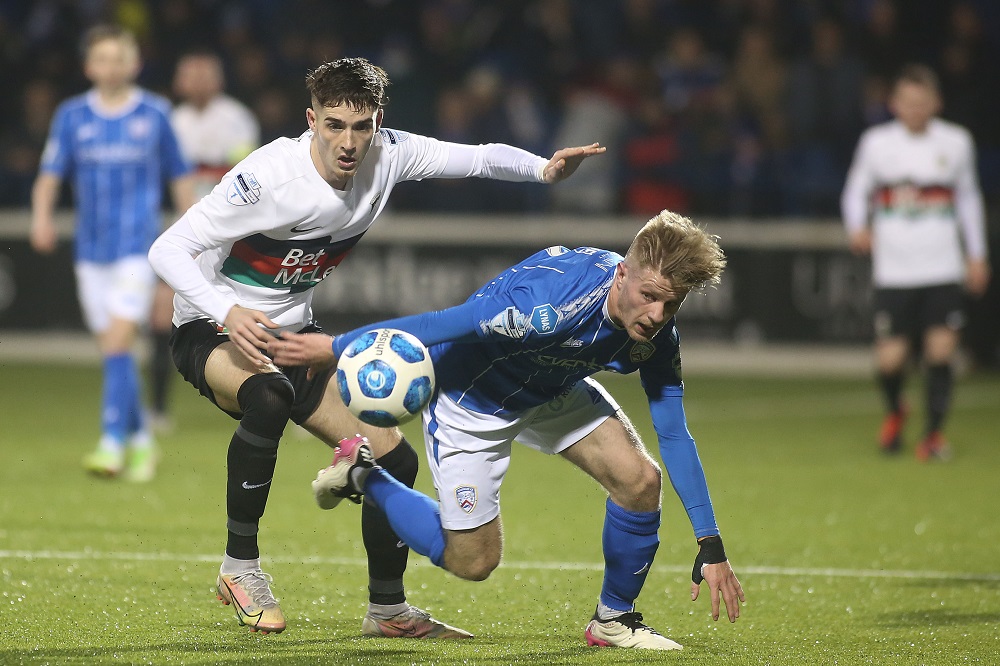 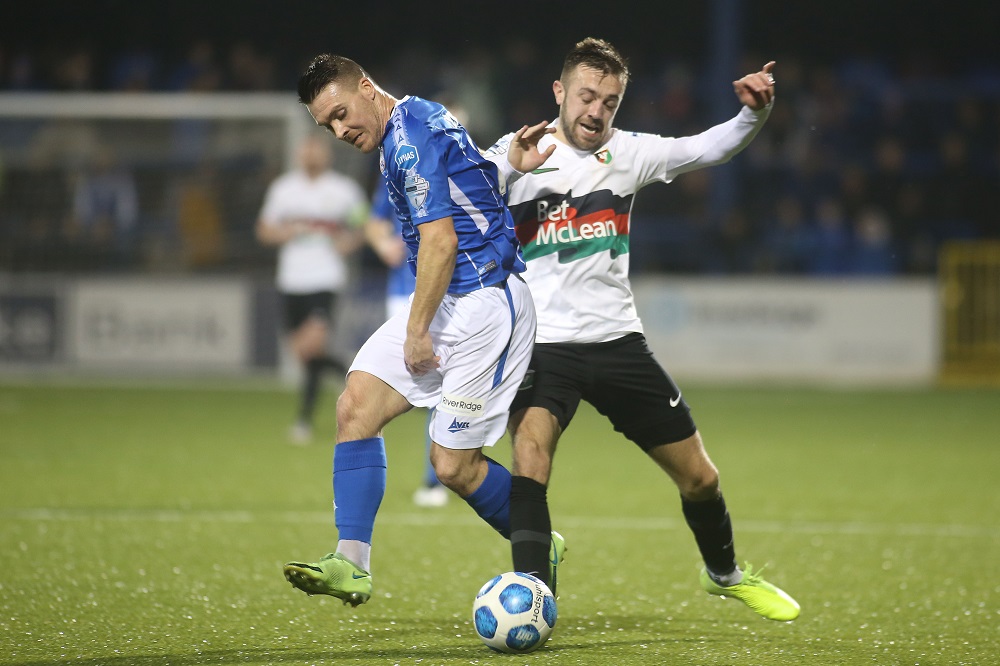