TEN MAN GLENS HOLD ON FOR A POINT

Linfield and Glentoran battled to a 1-1 draw in the big festive derby clash between the top two at Windsor Park.

The sides went into the game separated only by goal difference so it was always going to be a close and keenly fought affair.

Glentoran appeared to be the first to settle, threatening early on through Shay McCartan's effort from distance followed by Trai Hume's clearance off the line to deny Jay Donnelly.

At the other end Jimmy Callacher headed a Kyle McClean free-kick just wide while Jordan Stewart sent a similar effort the wrong side of the upright.

The deadlock was eventually broken on 36 minutes in Linfield's favour when Hume fired into the roof of the net at the back post after Matthew Clarke had delivered the ball into the box.

The Blues almost doubled their advantage early in the second half after Stewart's close range effort was saved and Chris Shields' rebound was deflected wide. Joe Crowe then made a timely tackle to thwart Christy Manzinga as Linfield continued to look to double their advantage.

Glentoran were reduced to ten men on the hour after Conor McMenamin was dismissed following a challenge on Callacher - and ended up being stretchered off as a result of the tackle.

However, the Glens responded positively and duly levelled on 72 minutes when Donnelly glanced a headed finish past Chris Johns from Hrvoje Plum's free-kick into the box.

Stung by this, Linfield upped the tempo in order to make their numerical advantage count, coming close when Sam Roscoe saw a 30-yard drive turned over by Aaron McCarey.

Later chances came through Hume with a header from a corner, Ahmed Salam firing over and Cameron Palmer stinging McCarey's palms but, ultimately, David Healy's side couldn't find a way through and remain top of the table by the slenderest of margins. 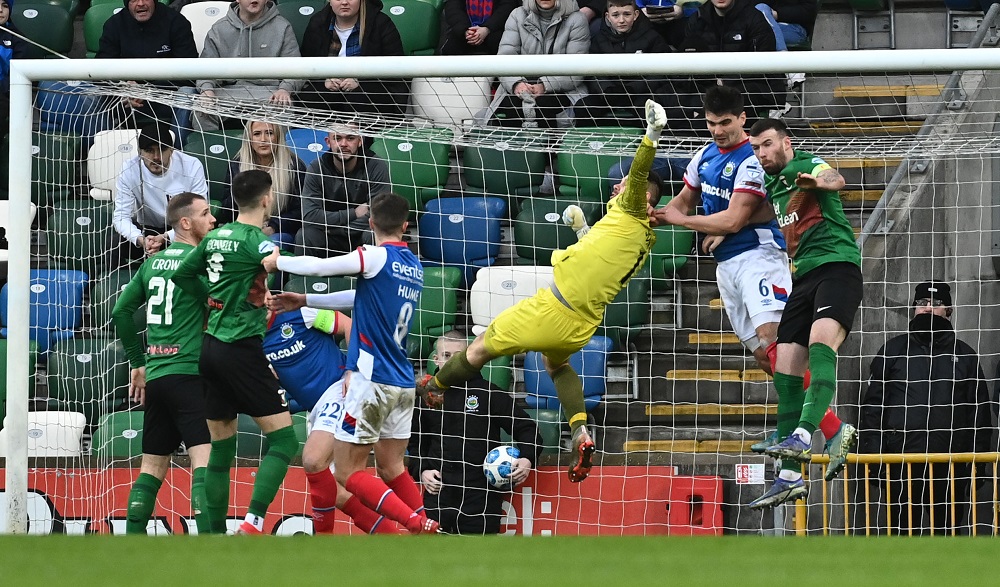 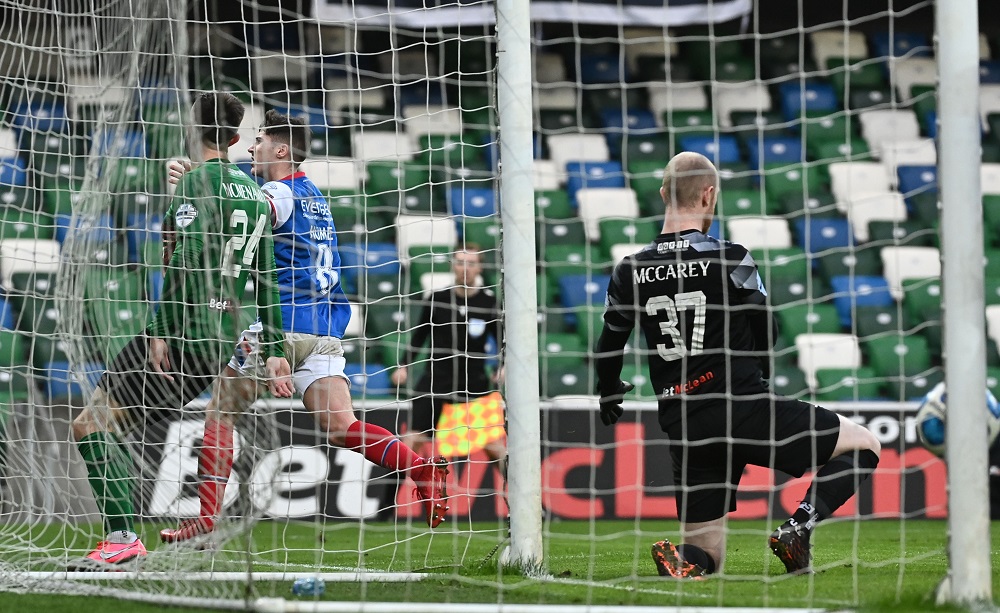 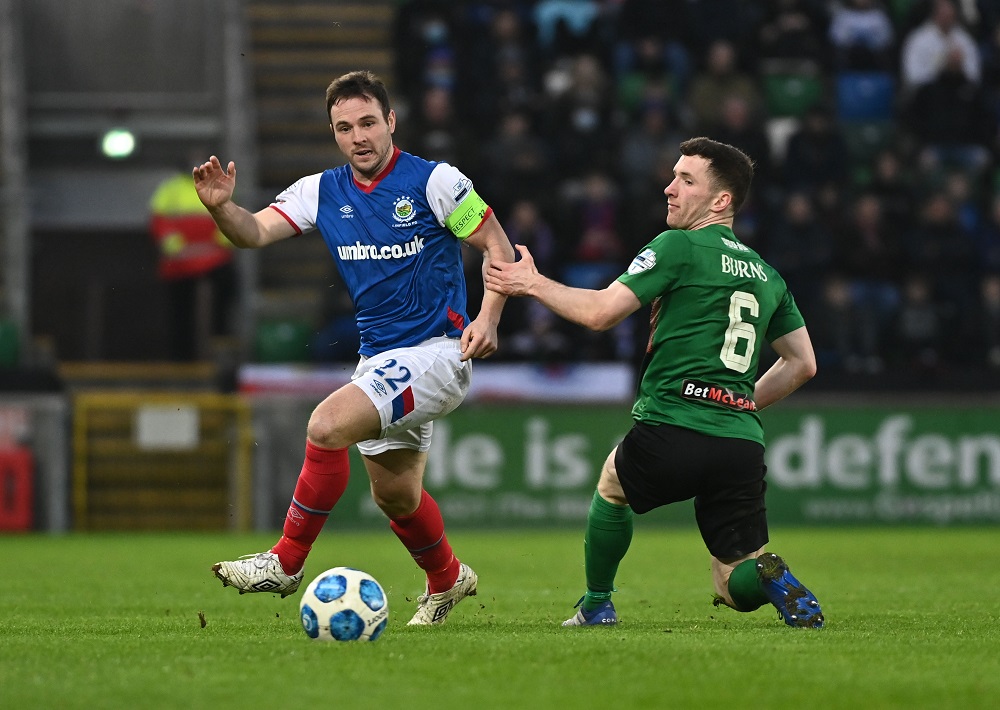 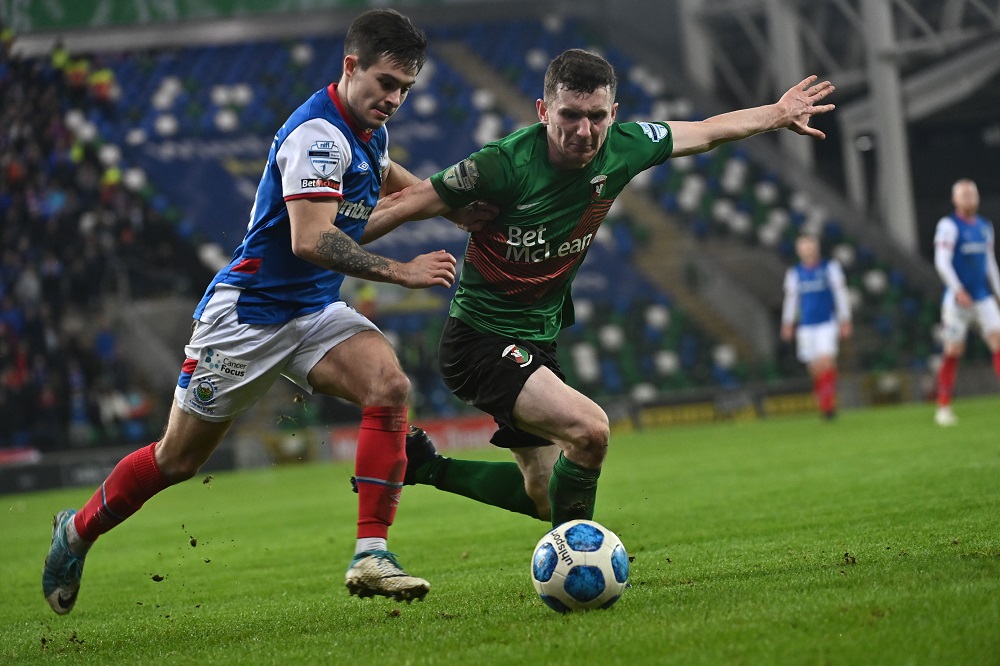 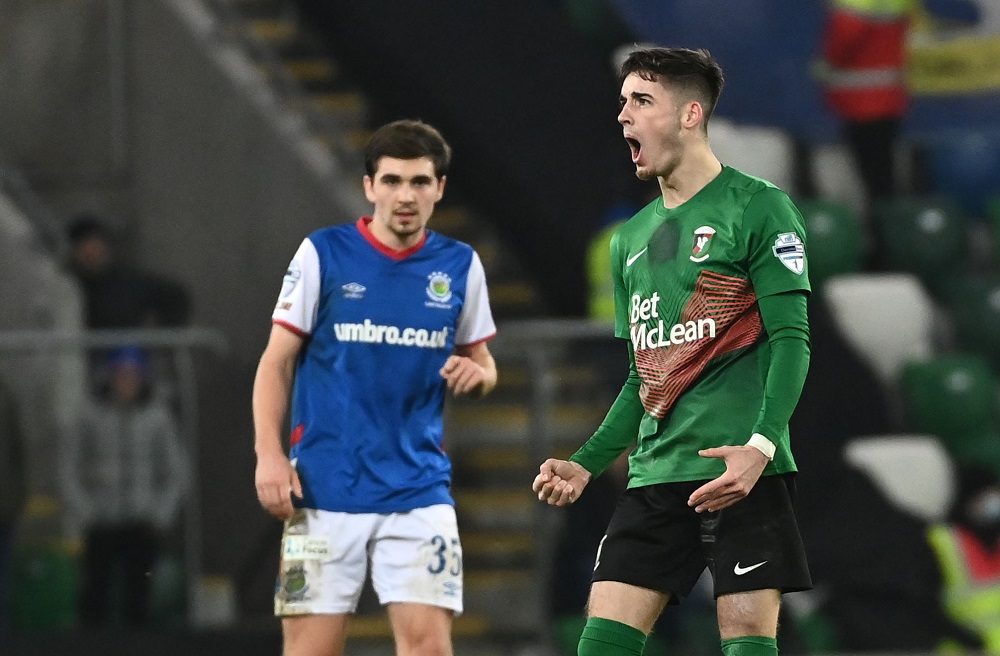 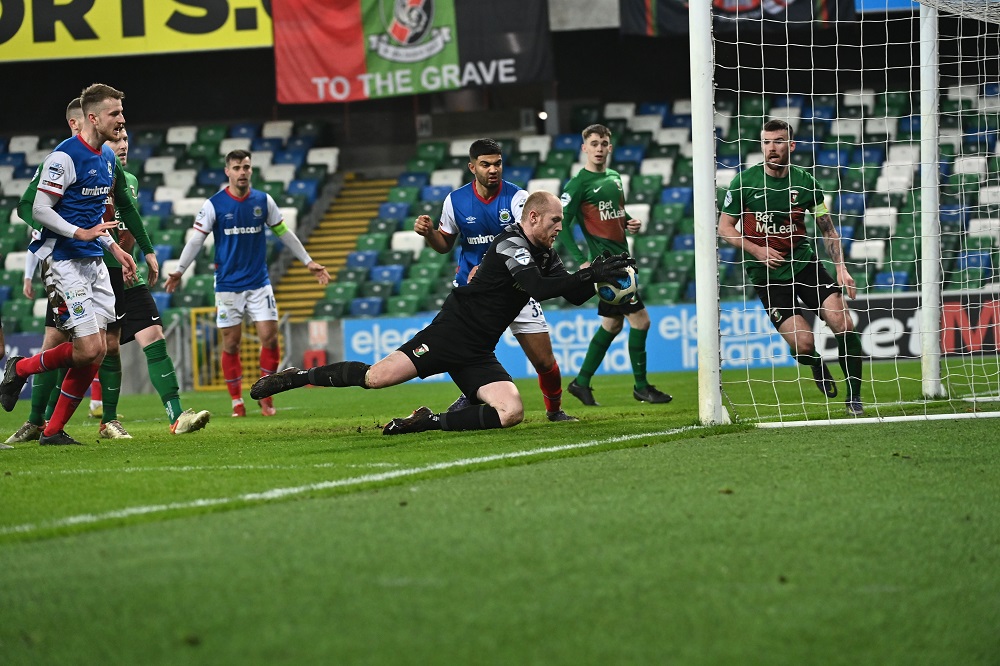