Two second half goals saw Glentoran come from behind to defeat Crusaders at Seaview and move level on points at the top of the table.

A bright start to proceedings resulted in the Crues going in front after 12 minutes when Ben Kennedy sent over a corner from the left for Josh Robinson to escape his marker and nod past Aaron McCarey.

And Stephen Baxter's side will feel they should have had the opportunity to double their advantage a couple of minutes later when Kennedy went down inside the area under a Paddy McClean challenge but despite vociferous protests their penalty appeals were waved away.

The home side threatened again not long after that. Again Kennedy was involved when his free-kick was met by Daniel Larmour but his well taken header was superbly tipped over by McCarey.

However, Glentoran levelled just three minutes into the second half. A long ball was sent into the box for Conor McMenamin to get on the end of before he flicked it past two defenders and sent a composed left-foot half-volley past Jonny Tuffey into the opposite corner of the net.

Crusaders were reduced to ten men six minutes later after Jude Winchester was shown a straight red card for a challenge on Joe Crowe.

Buoyed by this, the visitors then made their numerical advantage count on 65 minutes. McMenamin turned provider on this occasion to deliver a cross from the left which Robbie McDaid expertly headed home beyond Tuffey.

The Crues almost levelled in the closing stages but Paul Heatley's sweetly struck volley was matched by a determined stop from McCarey.

With the points almost in the bag the Glens nearly added a third as the game slipped into stoppage time when Sean Murray's effort looked to be heading in only for Jordan Forsythe to dart back to make a goalline clearance. 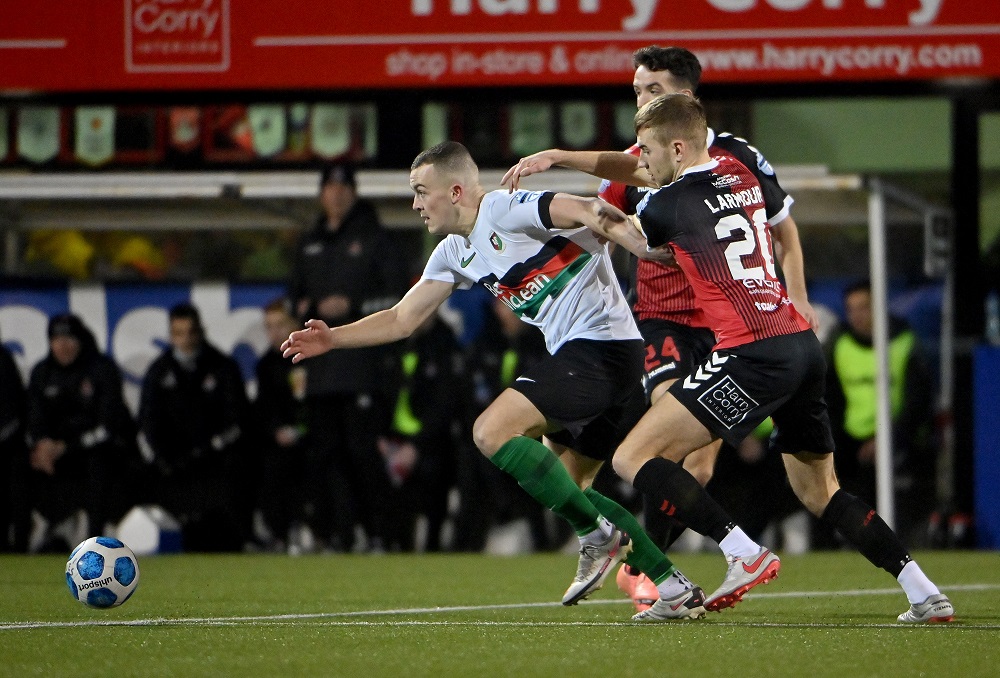 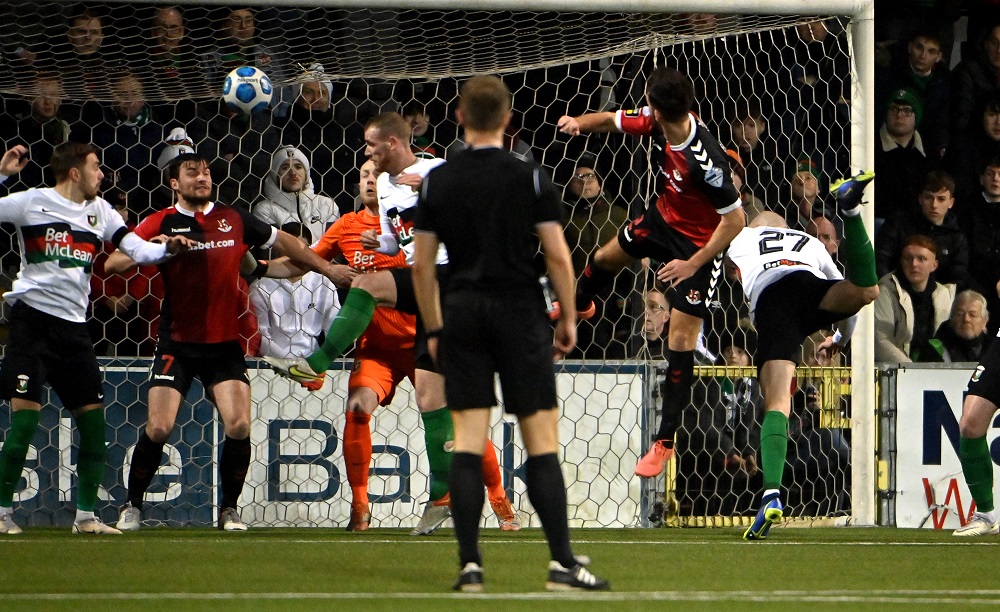 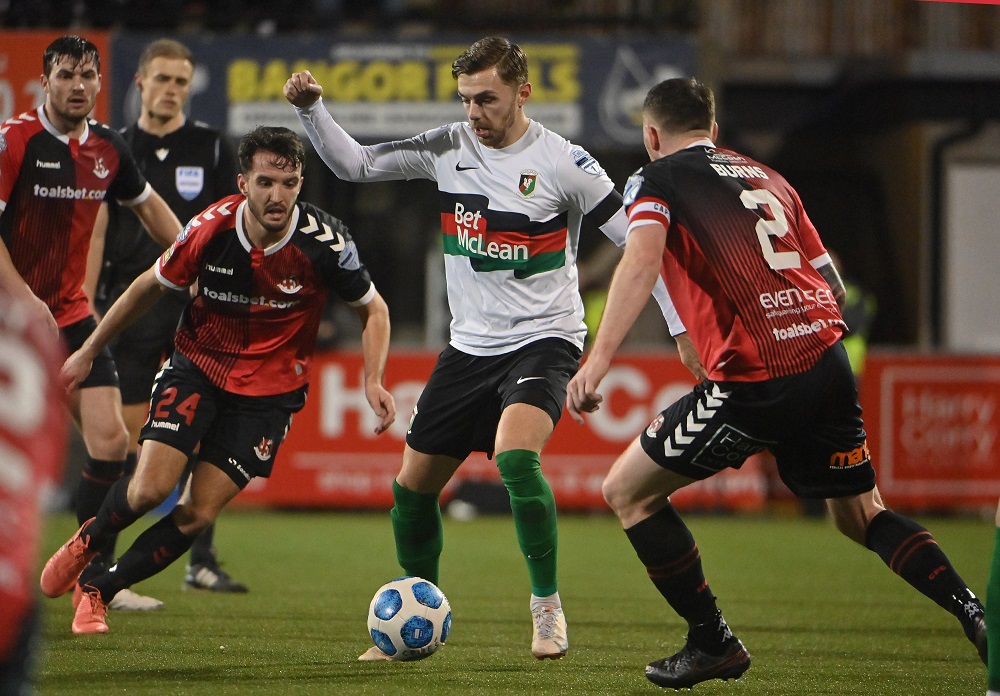 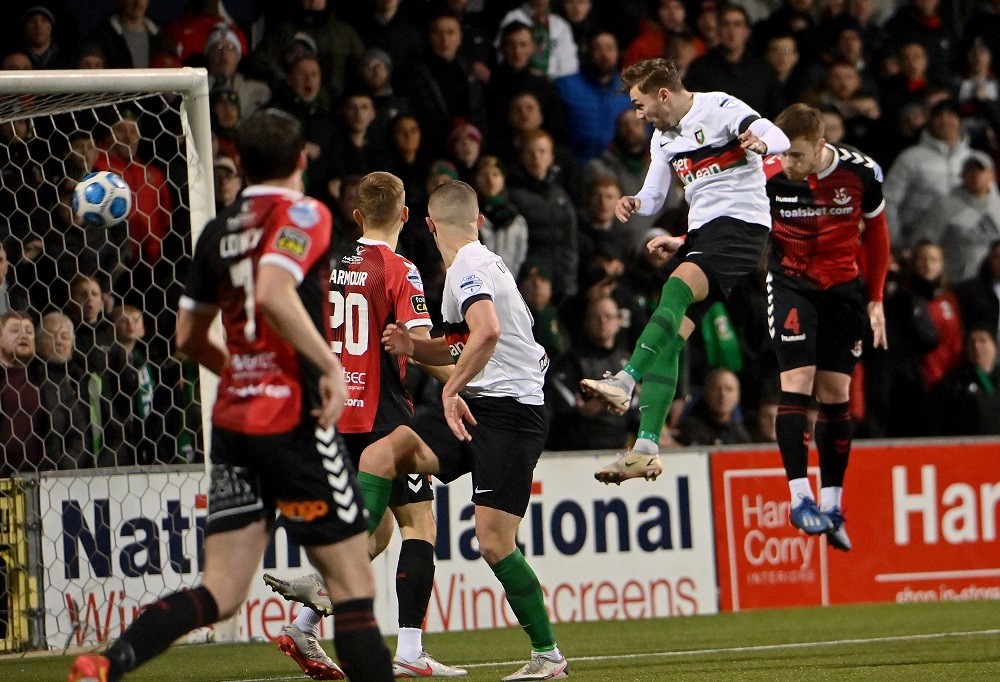 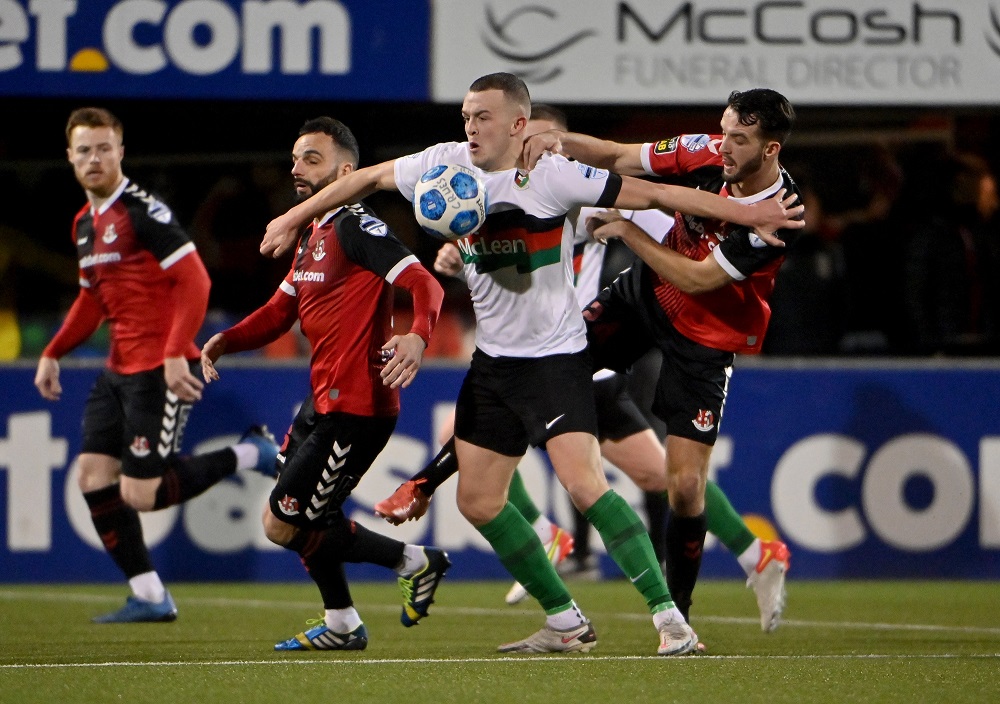 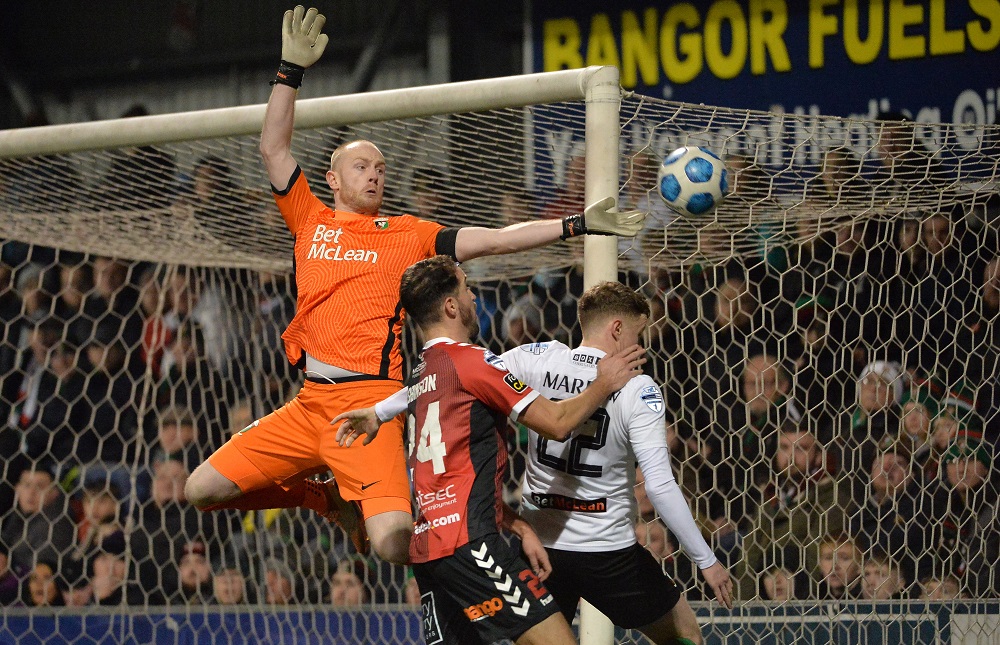