Conor McMenamin bagged the late winner as Glentoran edged to victory over Coleraine at the BetMcLean Oval.

A relatively low key opening to proceedings produced few opportunities of note, although McMenamin almost broke clear to get onto a long ball forward while Josh Carson fired an effort straight at Aaron McCarey.

The deadlock was broken just before the half-hour mark when recent arrival Michael O'Connor bagged his first goal for the Glens with a finish from the six yard box after Robbie McDaid did well to create the opening.

McMenamin attempted to double Glentoran's lead on 51 minutes with a long range effort which Gareth Deane did well to turn away while, not long after that, O'Connor almost grabbed his second of the evening only for his ball across the face of goal to be cleared off the line by Stephen O'Donnell.

O'Donnell then made his impact felt at the other with just over a quarter-of-an-hour to go with Coleraine's leveller after getting his head to Conor McKendry's corner.

And that looked like how it would stay until the closing moments when McMenamin popped up to bundle the ball over the line from close range and secure a crucial three points for the Glens. 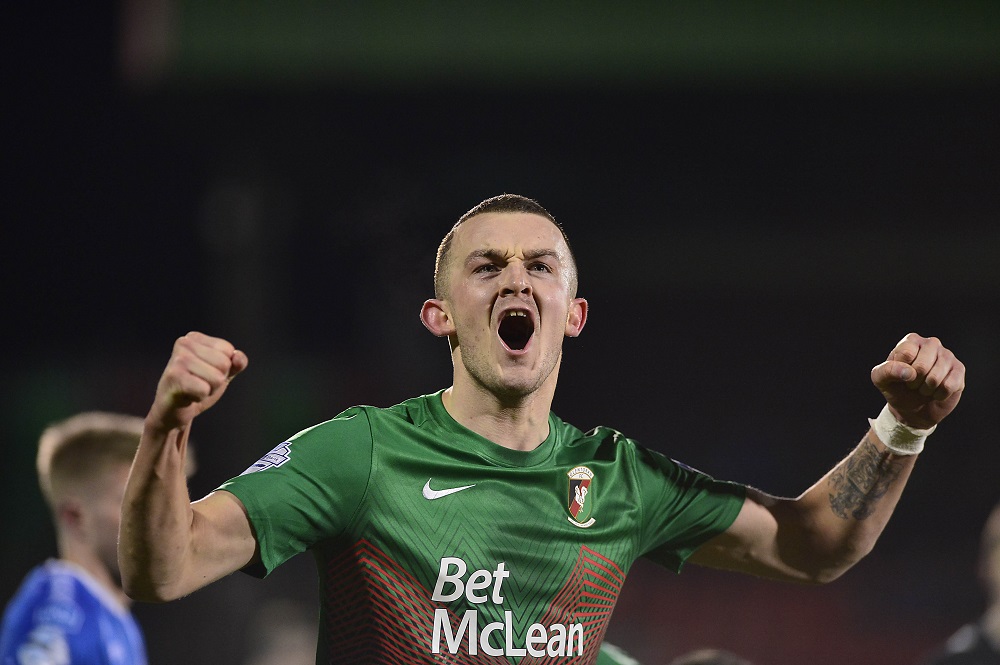 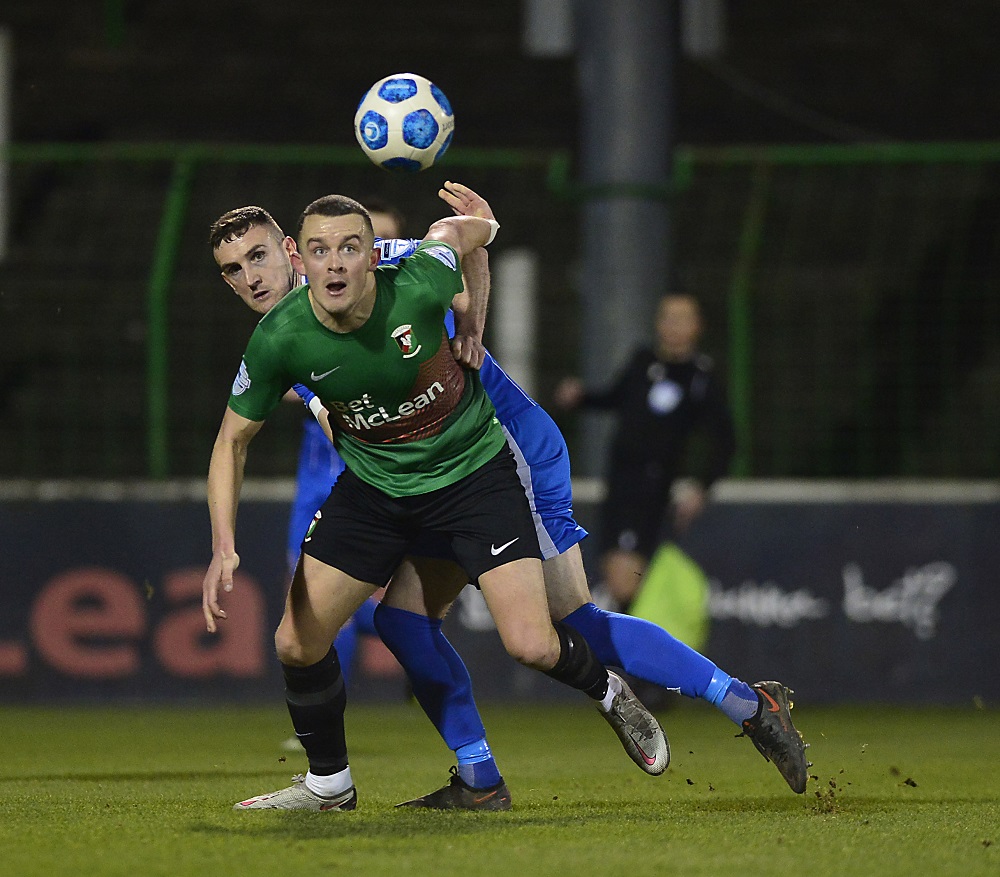 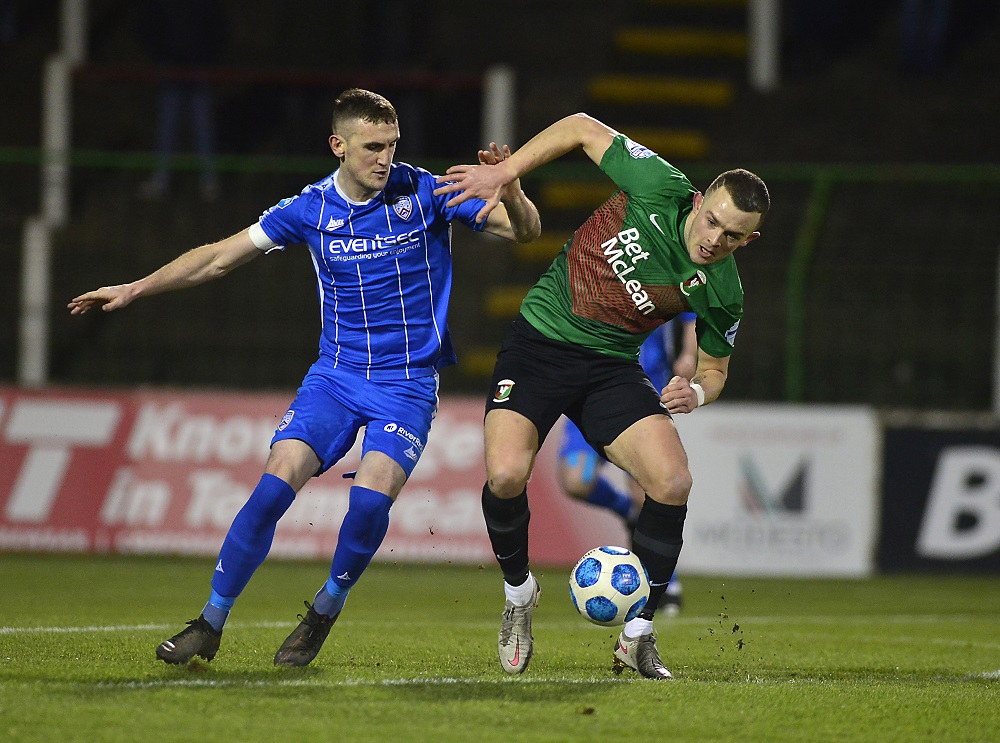 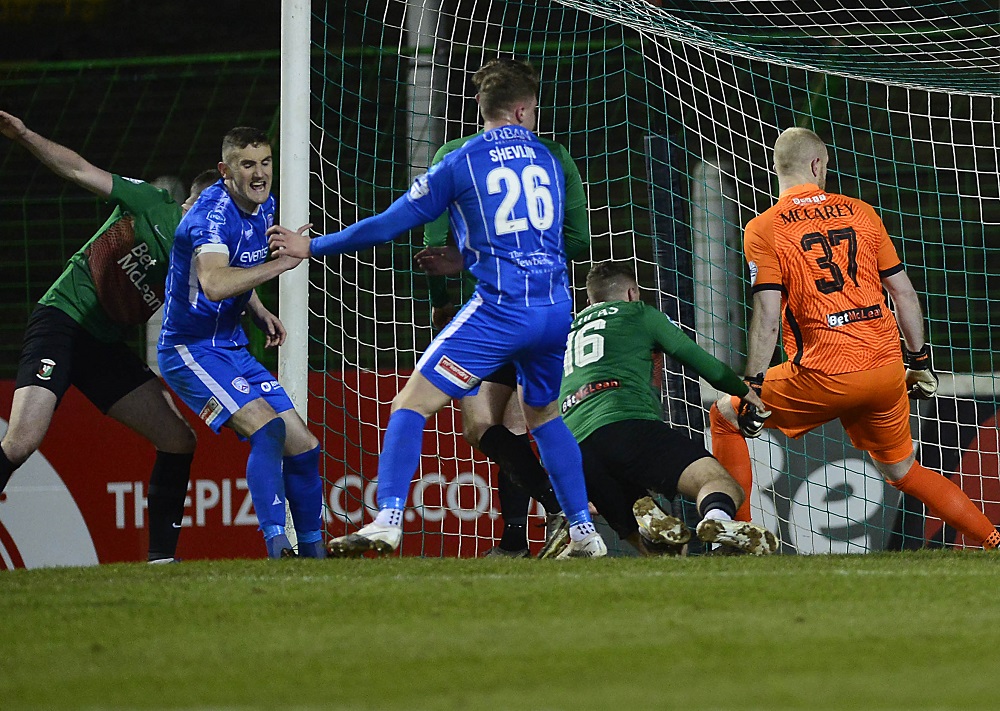 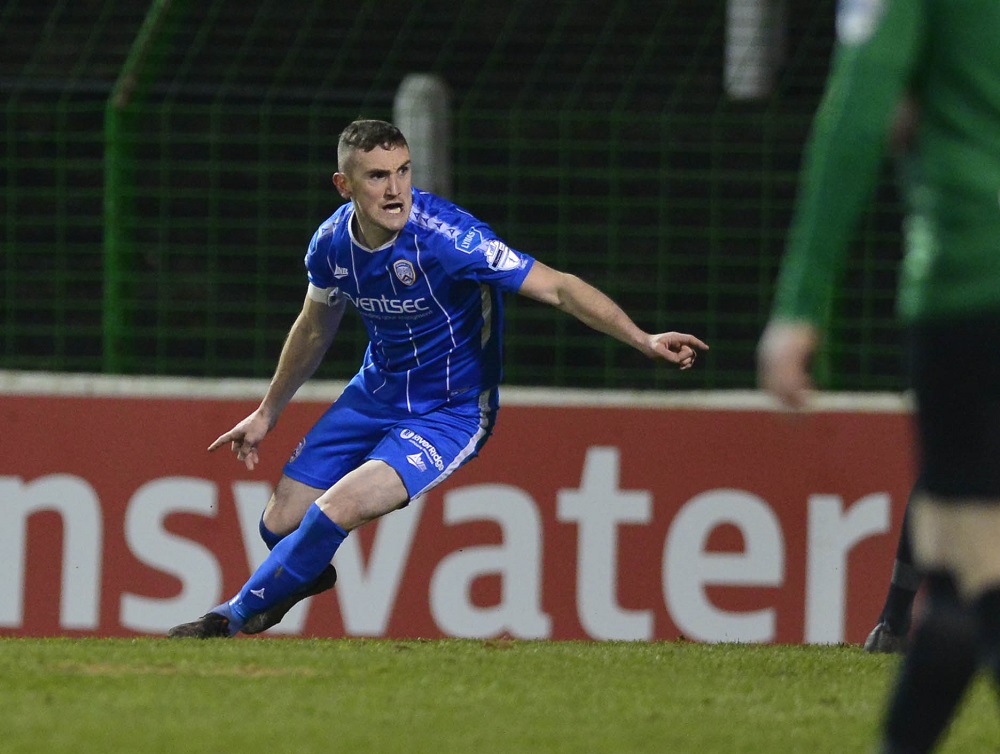 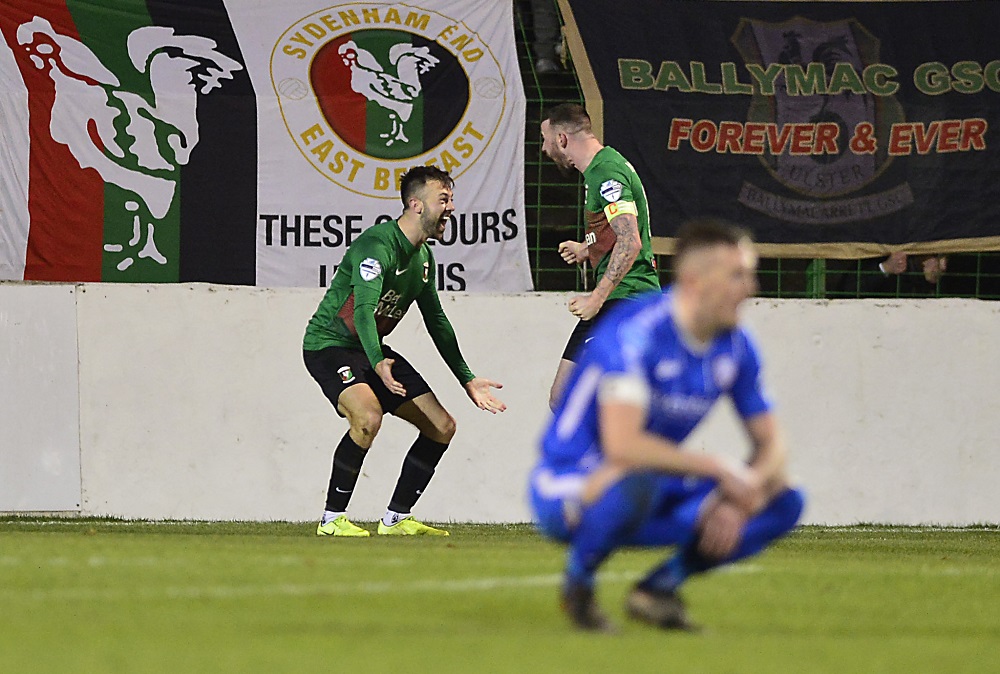