Two quickfire goals in the first half proved enough for Coleraine to overcome Dungannon Swifts at the Showgrounds.

There wasn’t much between two evenly matched sides at the Showgrounds until Aaron Jarvis was upended by Cahal McGinty in the penalty area on 33 minutes. Goalkeeper Declan Dunne saved his team-mate’s bacon with a fine save from Lyndon Kane’s resulting penalty.

Coleraine weren’t held back for long though as they found the back of the net with five minutes remaining in the first half. Jamie Glackin sliced open the visiting defence and Curtis Allen showed great movement and composure to slot the ball under Dunne for the first goal of the night.

Two minutes later, the Bannsiders went two up – as calamitous defending at the back allowed Josh Carson to power through unchallenged and he drilled the ball in at the goalkeeper’s near post.

Coleraine controlled much of the game, but were forced into action when Gareth Deane needed to be alert to stop a goalbound free-kick from James Knowles in the second half.

Late in the game Jamie Glackin had the chance to add a third but couldn’t convert as substitute Matthew Shevlin also failed to convert the rebound. 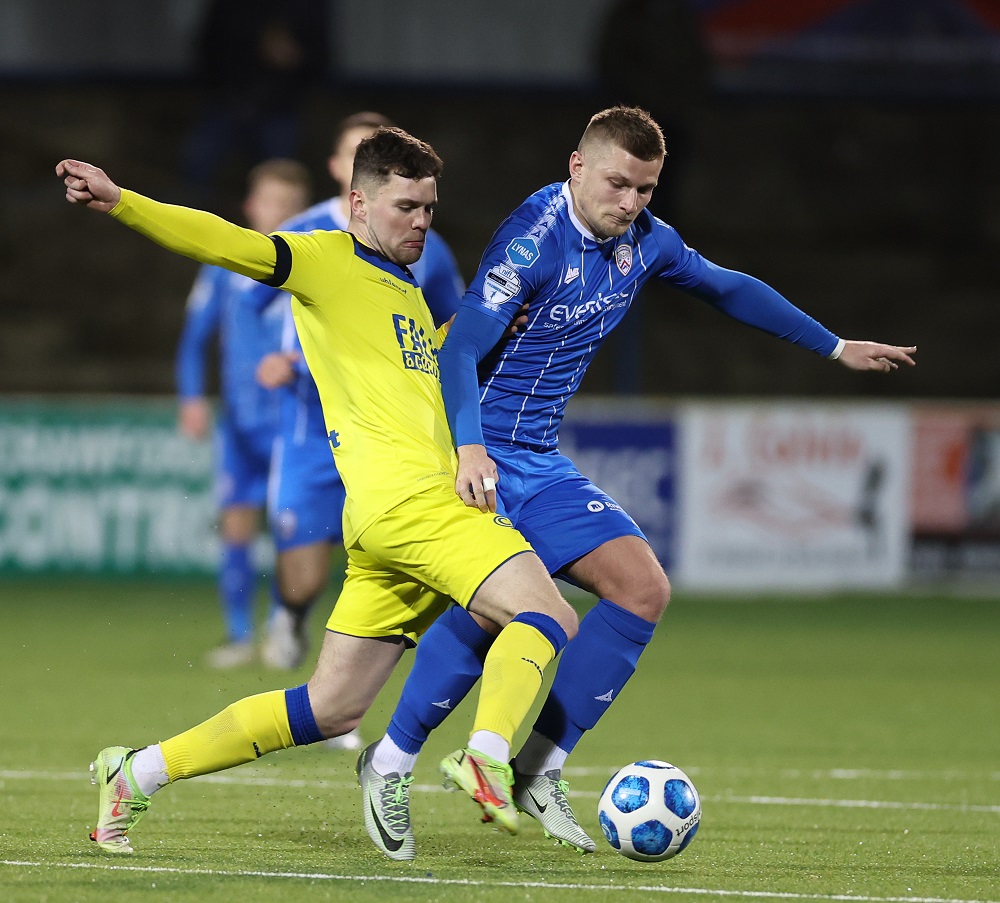 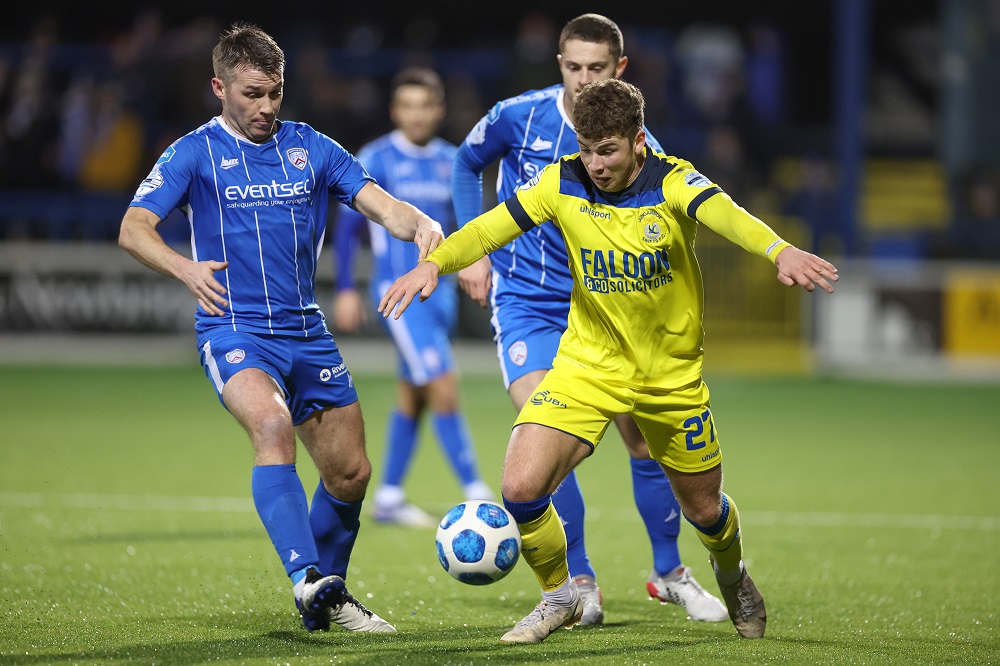 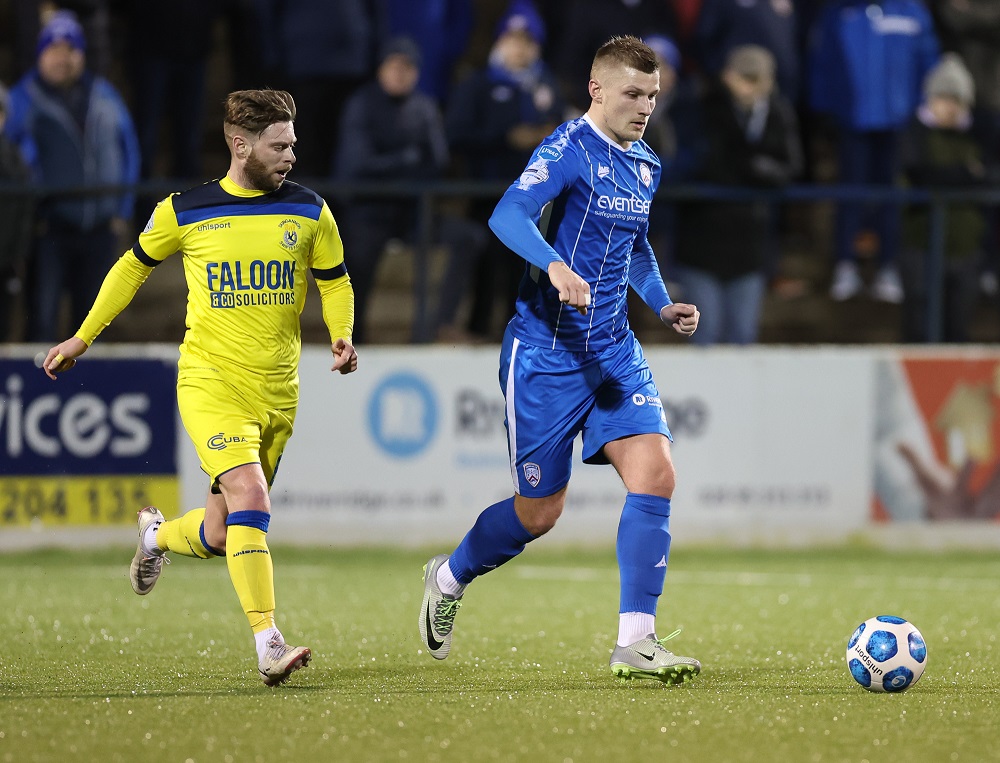 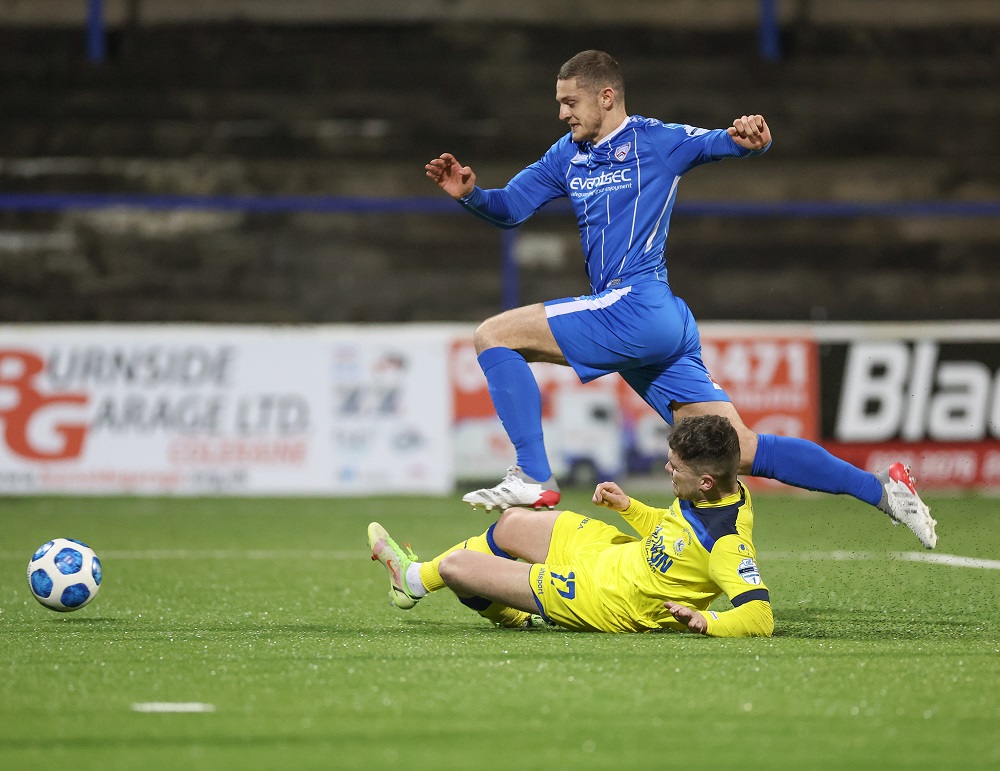 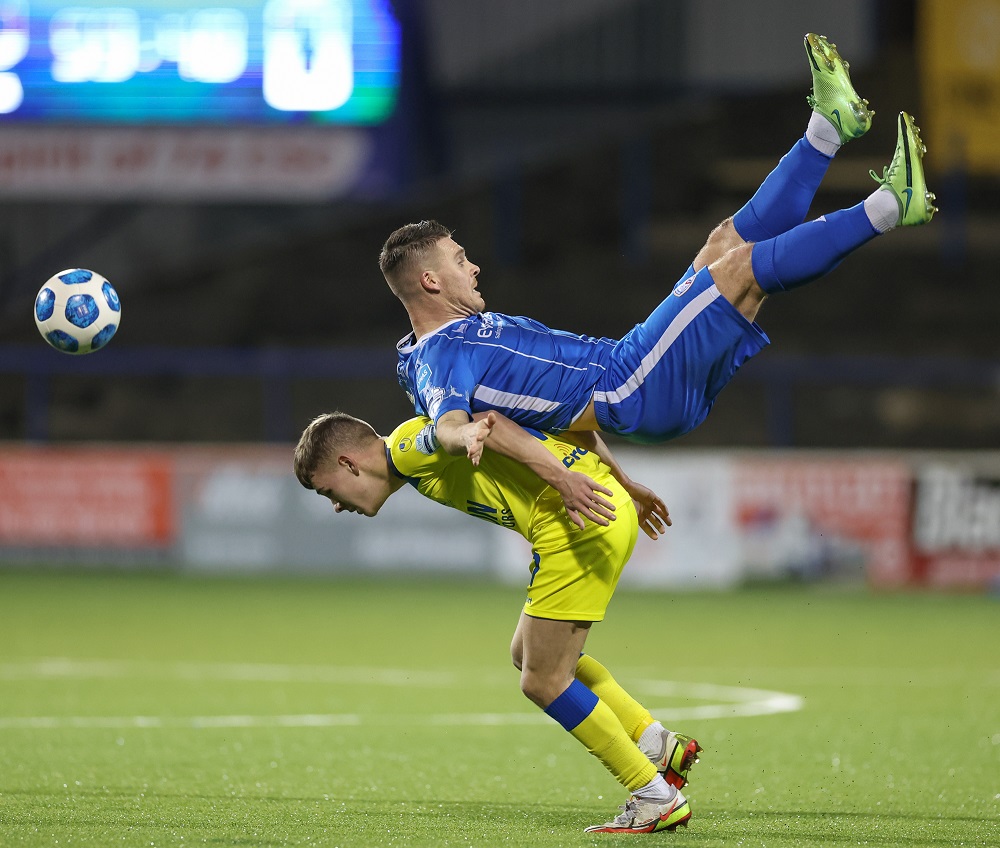 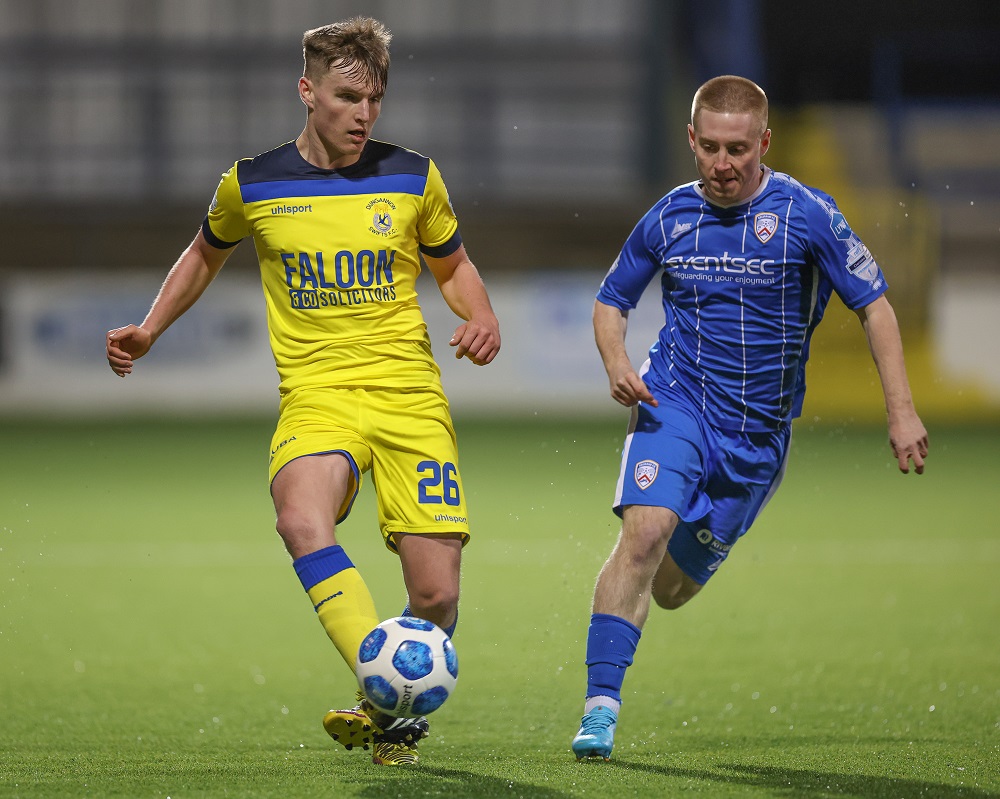