Conor McMenamin bagged a hat-trick as Glentoran twice came from behind to defeat Glenavon at Mourneview Park.

The visitors started brightly, going twice inside the opening five minutes when Robbie McDaid headed just off target while Shay McCartan fired across the face of goal soon after.

However, the deadlock was broken in Glenavon's favour after just nine minutes through Matthew Snoddy who curled a superb finish past Aaron McCarey from the edge of the box.

But Glentoran got quickly back onto level terms when, on 19 minutes, McMenamin calmly fired home when the ball fell for him from an initial stop by keeper James Taylor.

Glenavon perhaps came closest to finding the net again as the first half wore on after Matthew Fitzpatrick headed just over from Conor McCloskey's right-sided cross.

And Gary Hamilton's side were also first to threaten after the break with a 20-yard free-kick from Michael O'Connor went just over the bar.

The home side did move back in front just after the hour, though, when the impressive Peter Campbell evaded a couple of tackles before sliding a low shot beyond McCarey into the bottom corner.

Back came Glentoran on 78 minutes through Jay Donnelly with a near post header after brother Rory sent over a well delivered cross from the left.

Then, a couple of minutes after that, McMenamin made it 3-2 when his speculative cross-shot bounced over keeper Taylor to edge the visitors in front for the first time.

McMenamin then laid claim to the match ball in the sixth minute of stoppage time with a drilled finish to round off a remarkable turnaround for the league leaders. 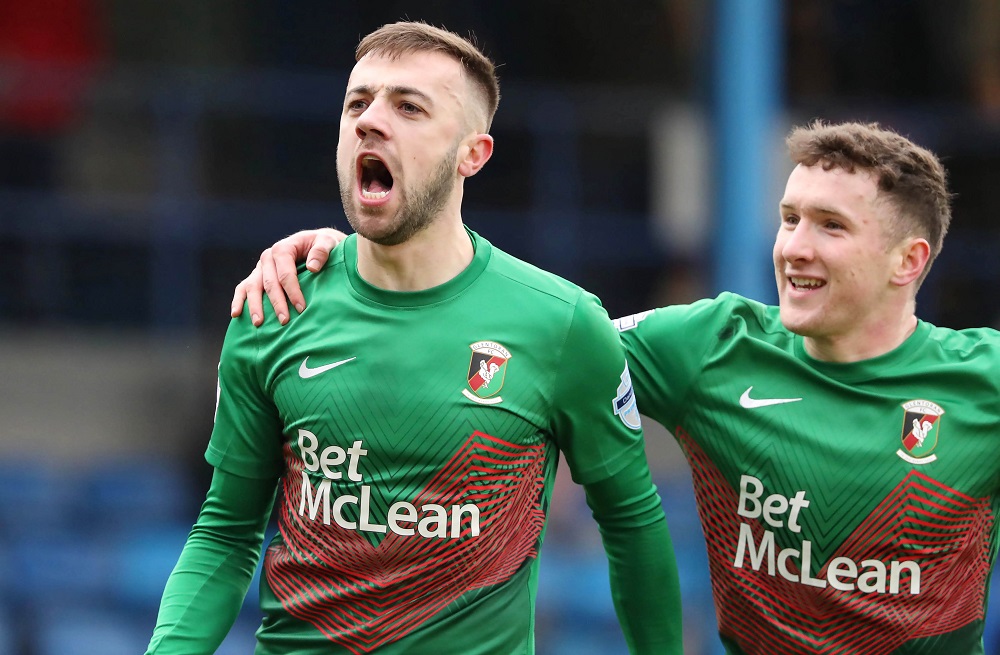 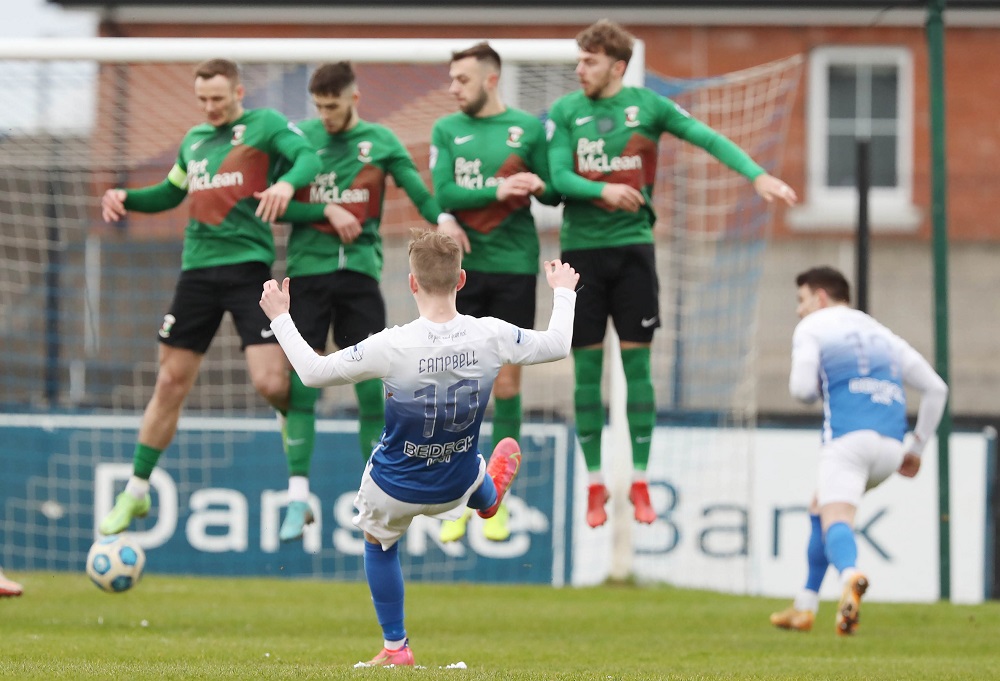 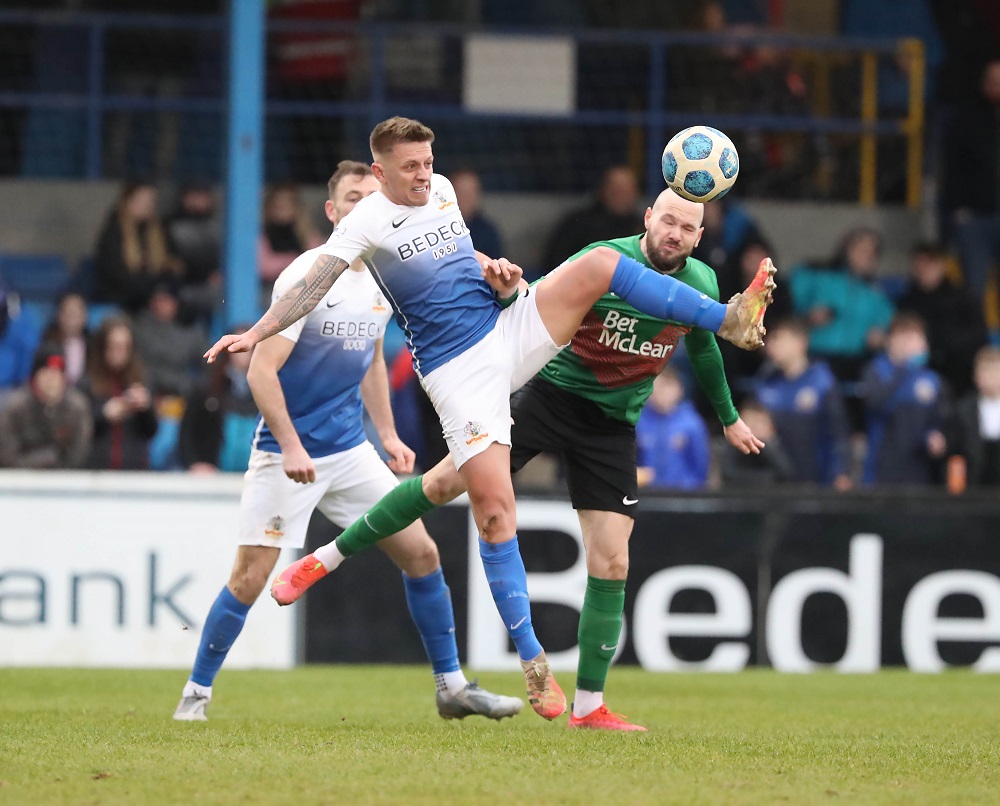 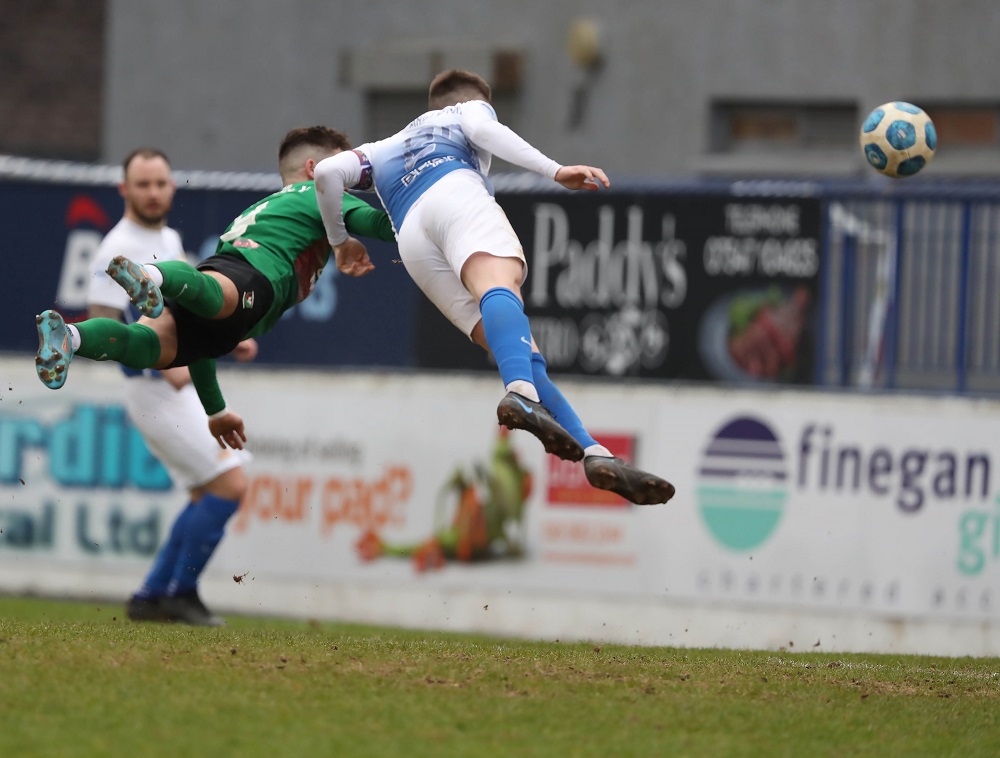 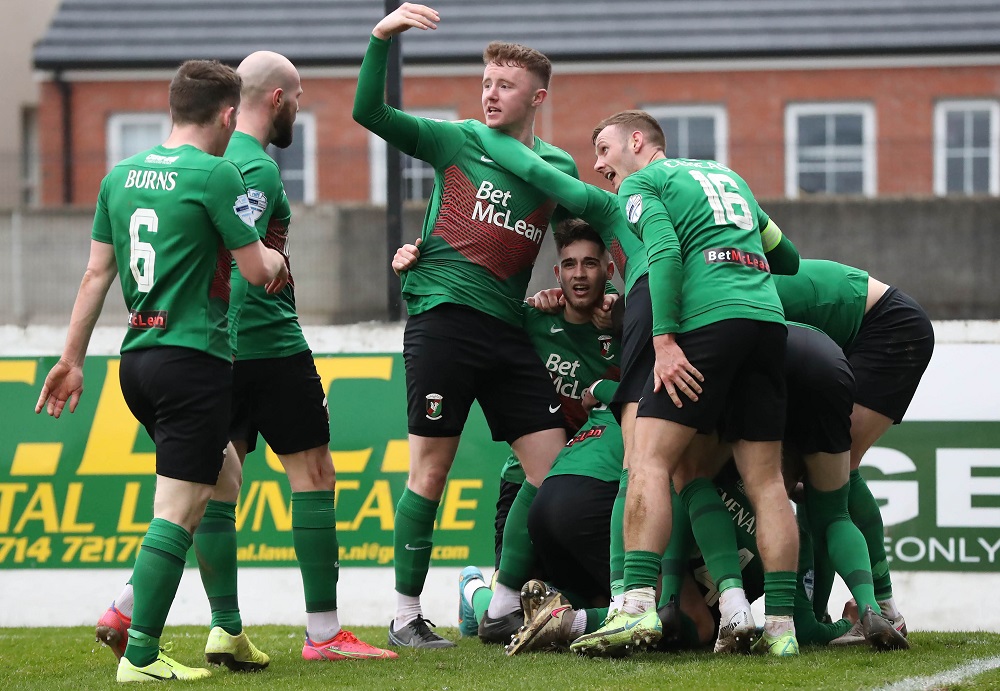 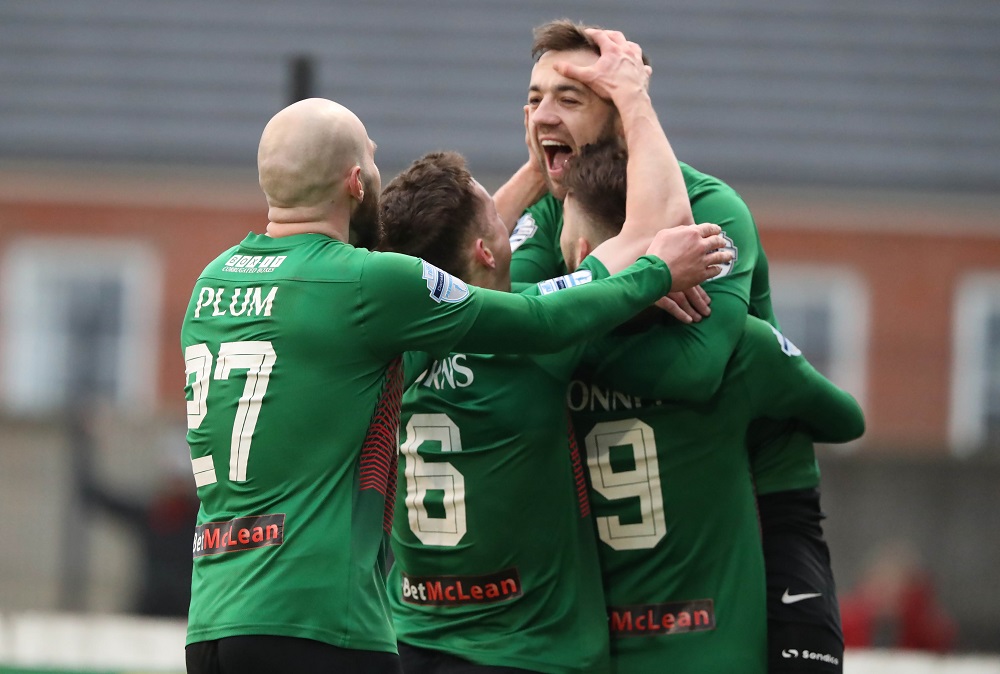