EETU RAMPANT AS BLUES MARCH ON

Leaders Linfield remain top of the table following a crushing defeat of Dungannon Swifts at Windsor thanks to four goals from Finnish striker Eetu Vertainen.

The 22-year-old opened the scoring after 12 minutes after he was played through by Chris McKee to take the ball past Bilel Mohsni and beyond Dwayne Nelson into the bottom corner.

He then made it 2-0 just before the half-hour mark when, after coming in from the right, he fired an effort below Nelson from an acute angle.

Vertainen turned provider on 35 minutes to tee up McKee to get his own name on the scoresheet from close range after taking the ball past the Swifts keeper.

After a lull early in the second half the scoring resumed with Vertainen's hat-trick goal on 68 minutes, a clinical finish after being put through by Jordan Stewart.

And then, just four minutes after that, he bagged another at the near post after Kirk Millar had provided a low cross from the right. 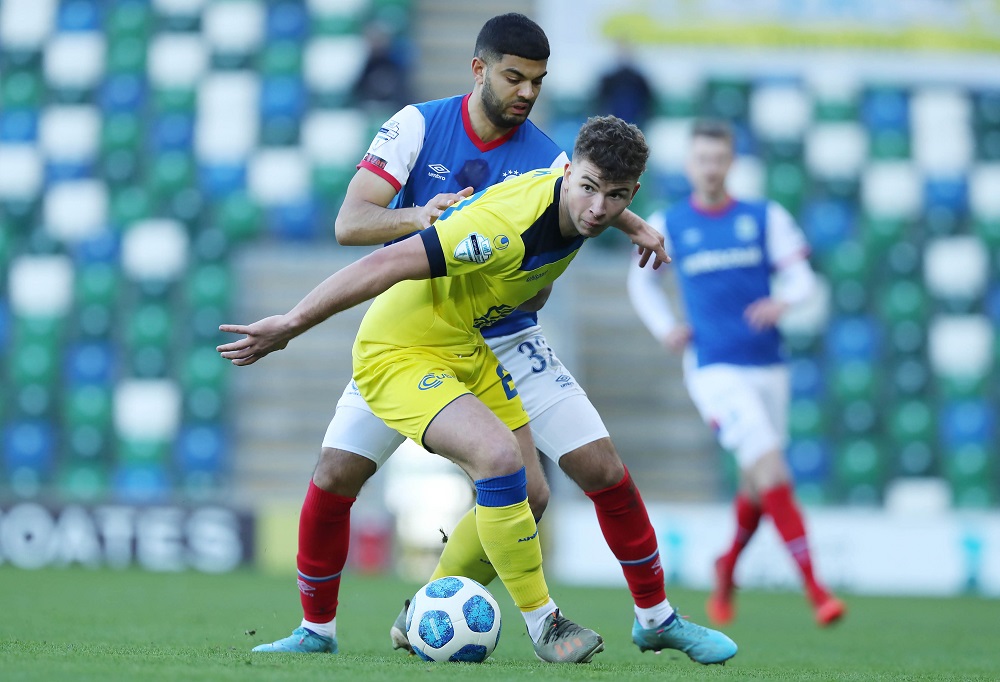 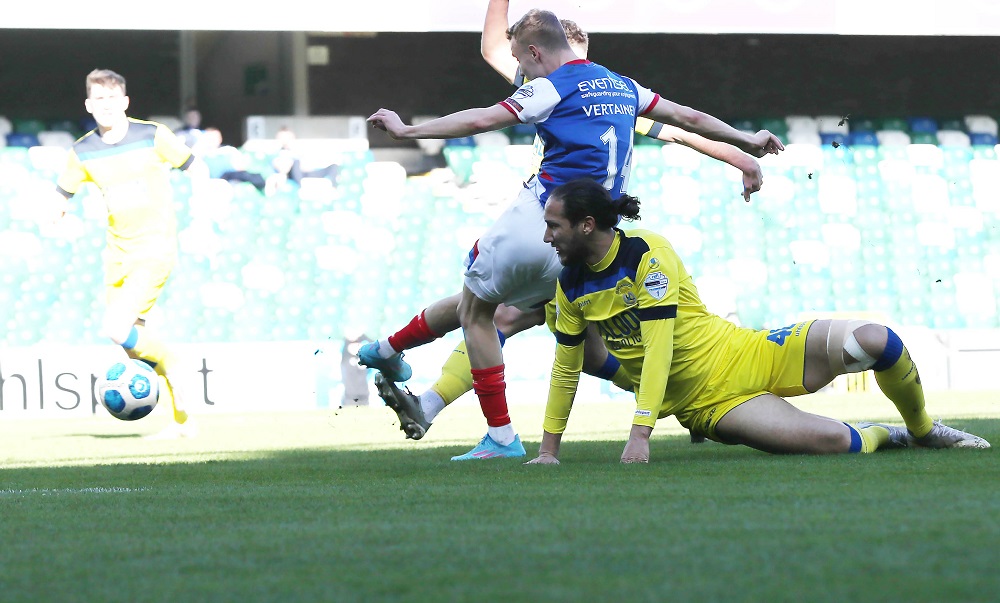 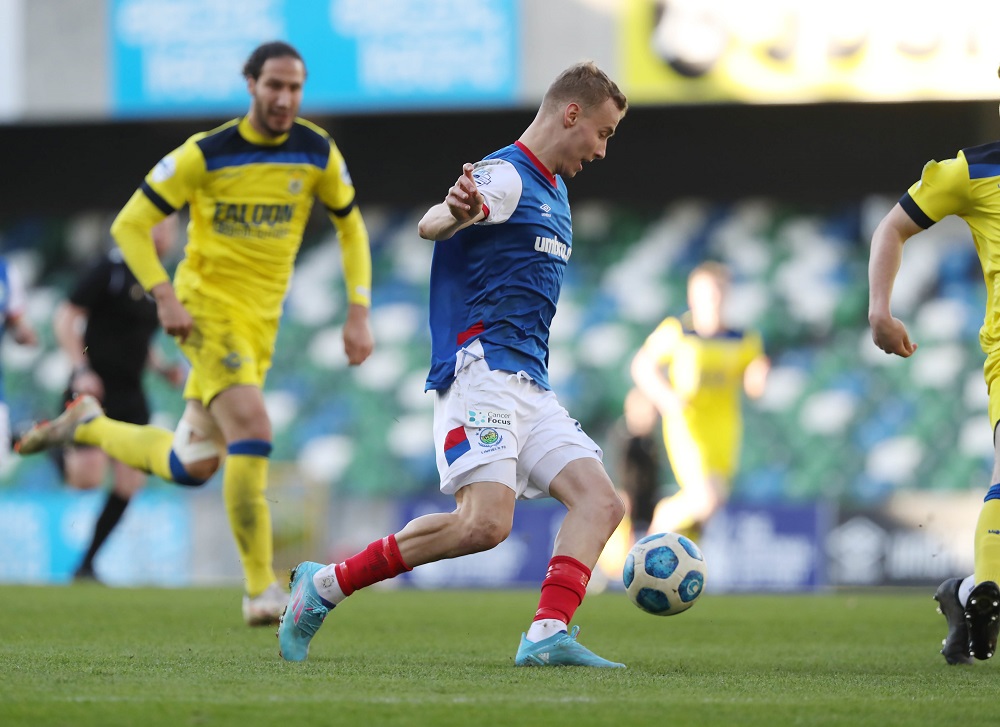 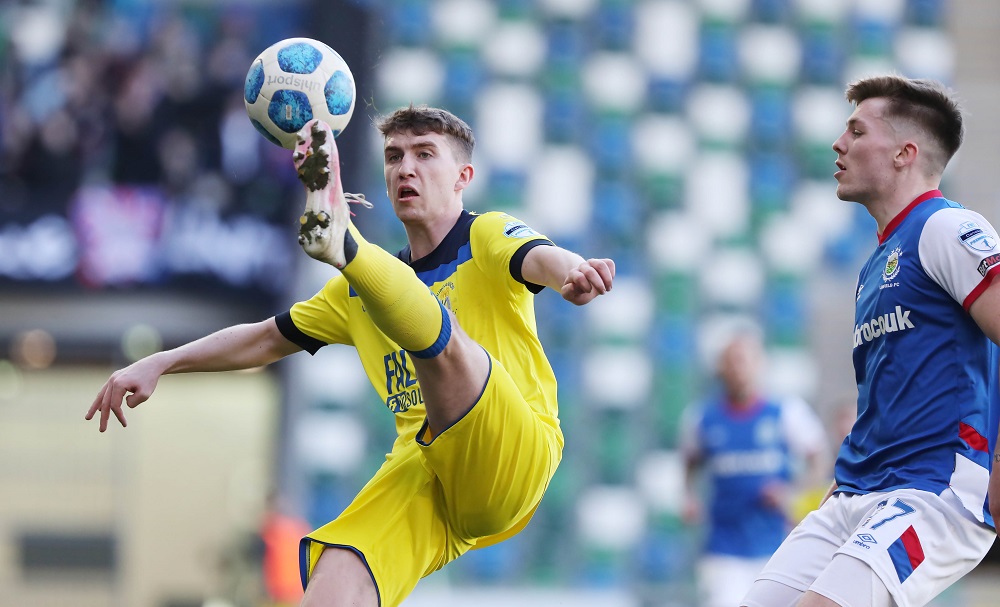 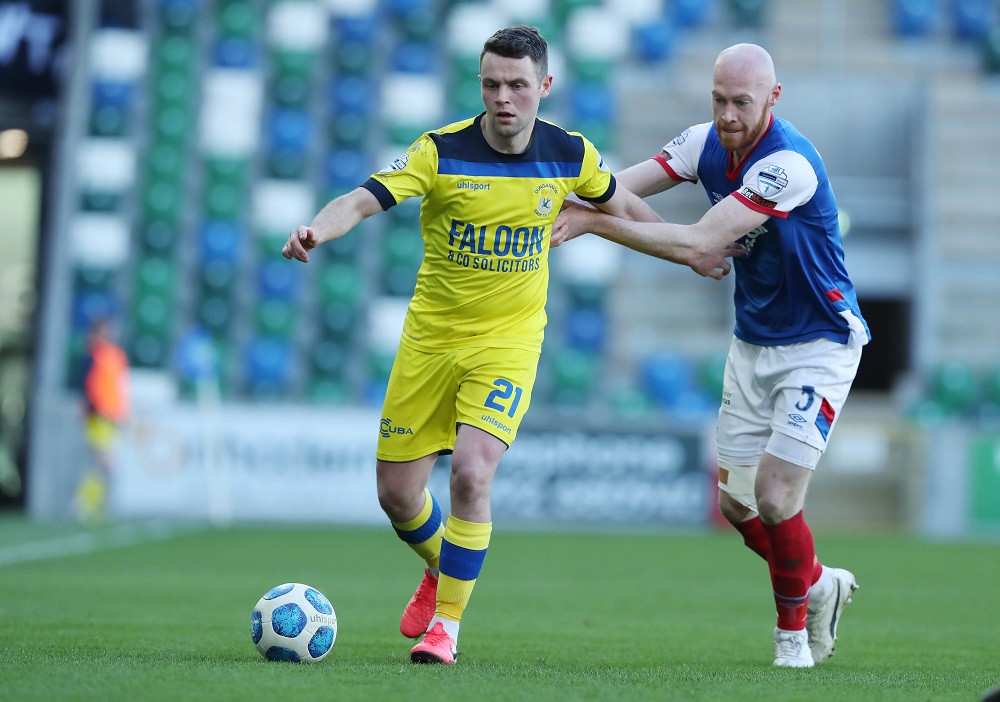 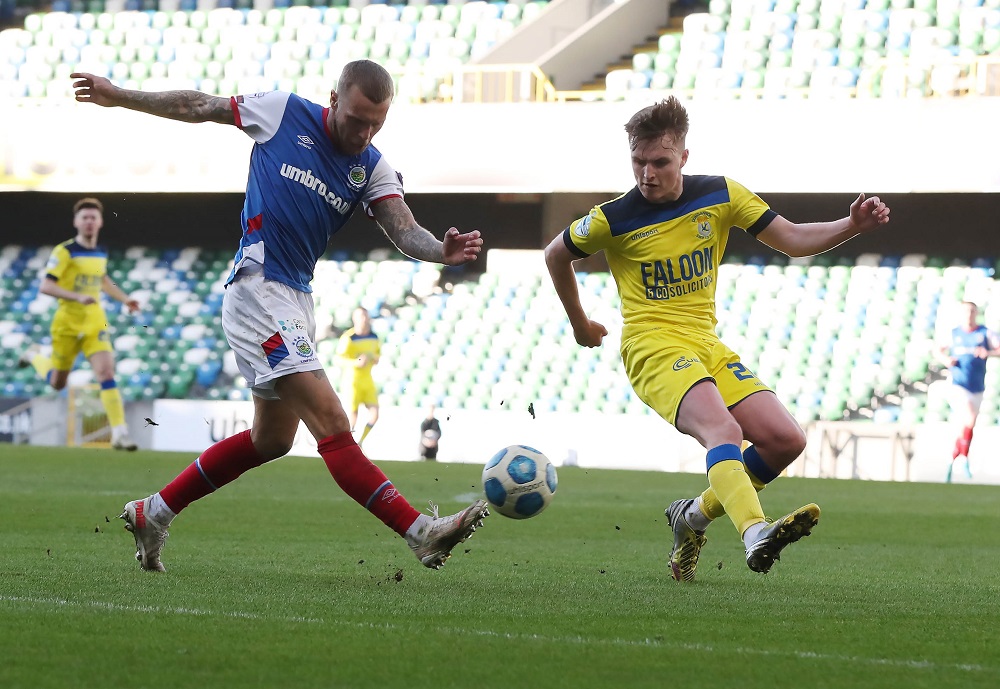