Glentoran stormed to a comfortable six goal victory over struggling Carrick Rangers in front of the Sky Sports cameras on Monday evening.

It was the home side that burst out of the traps with the first goal in under two minutes, as Jay Donnelly forged a path down the right channel before pulling the ball back for Shay McCartan to open the scoring.

It was a first half in which Glentoran dominated, and the lead was eventually doubled on 38 minutes when the Premiership’s top goalscorer Jay Donnelly placed a superb finish past Hogg with the outside of his boot.

Three minutes later Carrick were in real trouble as they conceded a third goal through Conor McMenamin.

Against the run of play and with time running out in the first period, Carrick Rangers hit the East Belfast men on the counter-attack with the lively Lloyd Anderson latching onto a long ball and evading the Glentoran defence to finish into the top corner to reduce the deficit.

Glentoran were in determined form and Shay McCartan popped up with his second and the Glens’ fourth of the evening on 55 minutes.

Four minutes later Glentoran were awarded a penalty after Sean Murray was upended in the penalty area, Jay Donnelly stepped up to coolly slot home for 5-1.

A raft of substitutions may have halted the flow of the game, but one of those replacements added the sixth for the home side as Jordan Jenkins showed great control and composure to poke the ball past Aaron Hogg to compound the visitors misery.

There was some scant consolation for the East Antrim side, as Emmett McGuckan capitalised on some uncharacteristic miscommunication from the Glentoran defence and launched a loose ball into a virtually empty net from 25 yards with a minute remaining. 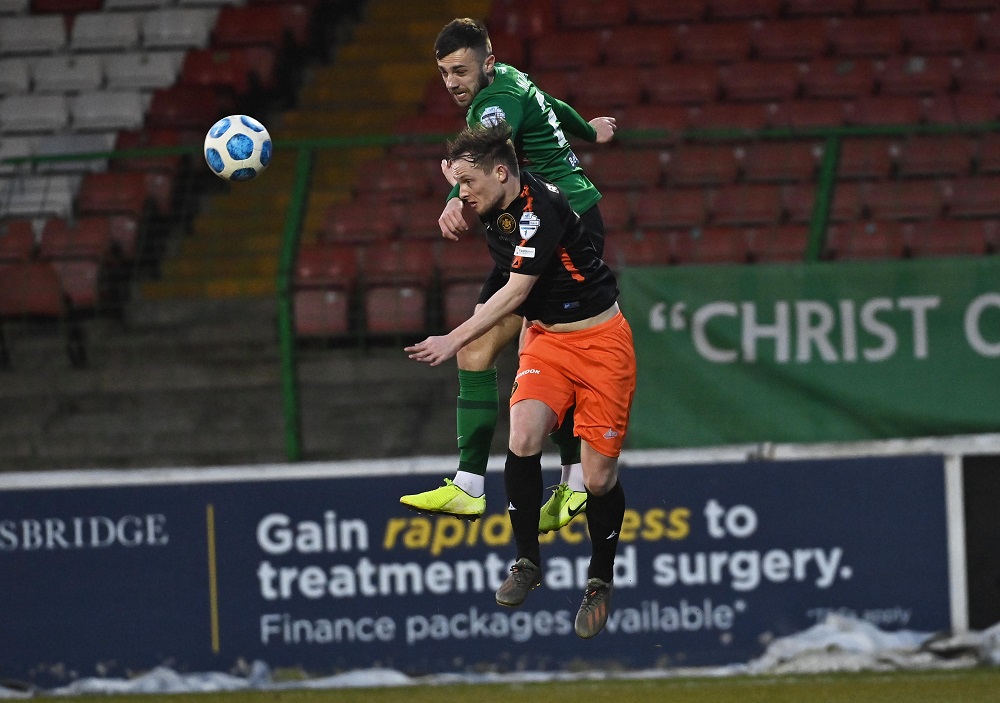 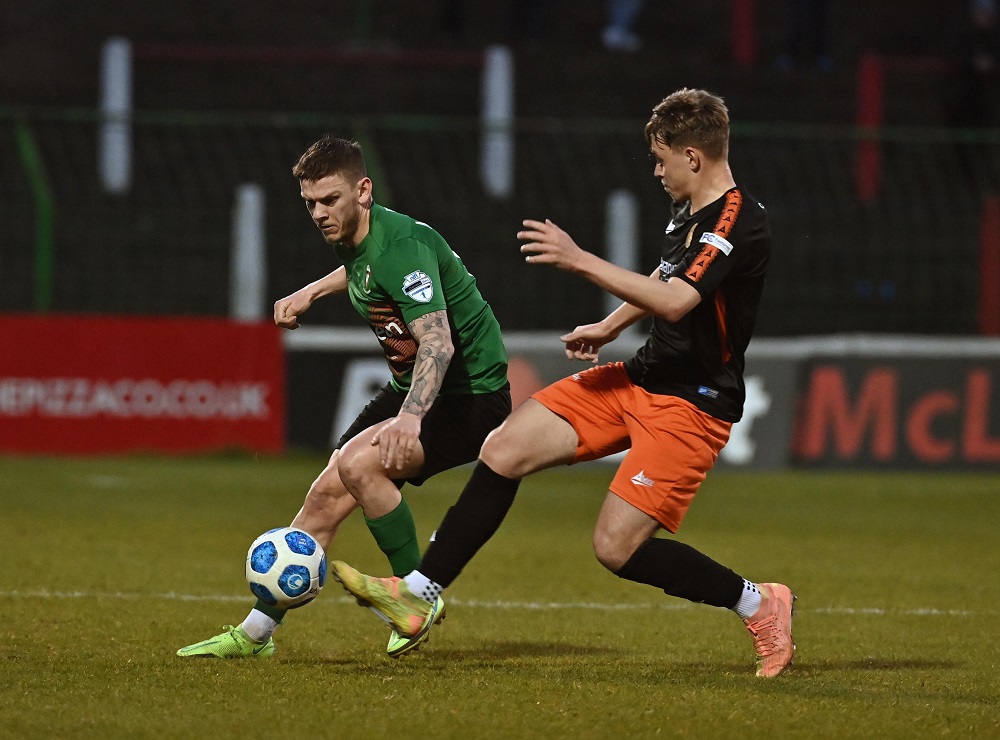 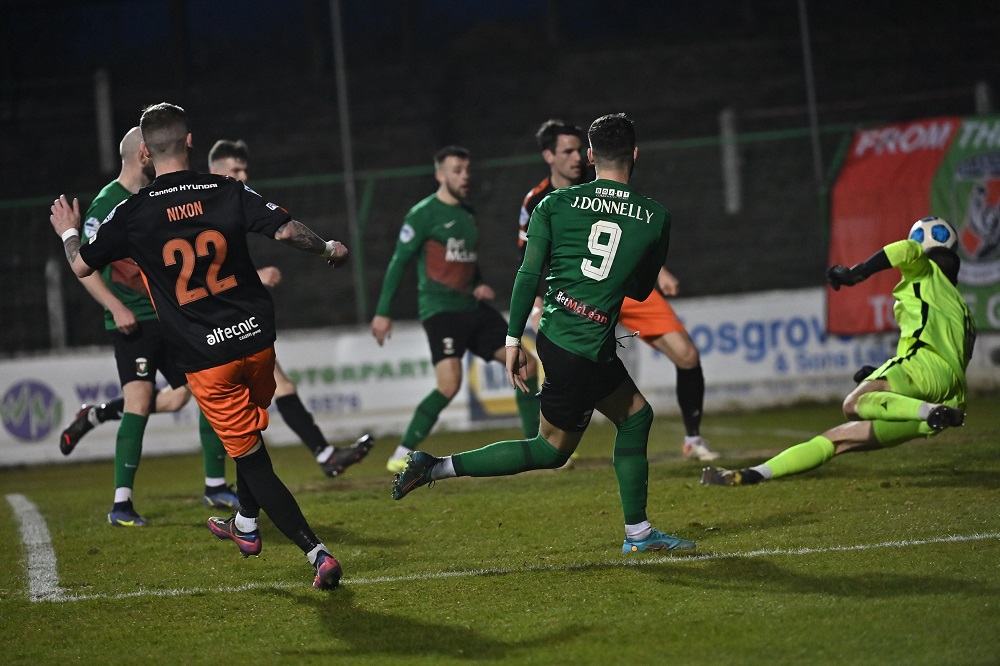 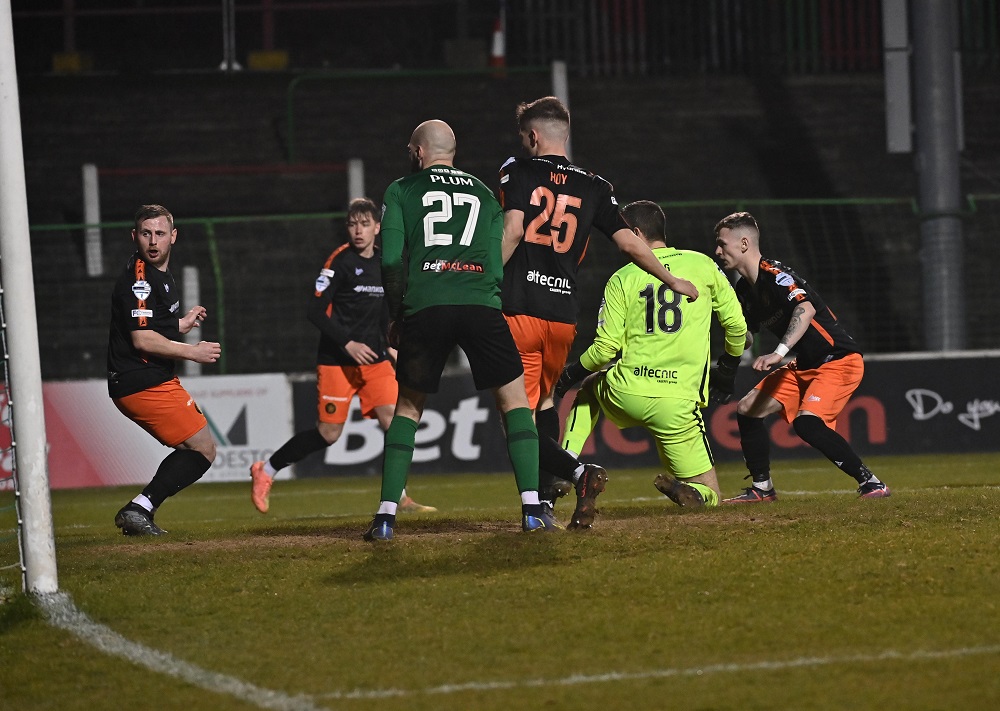 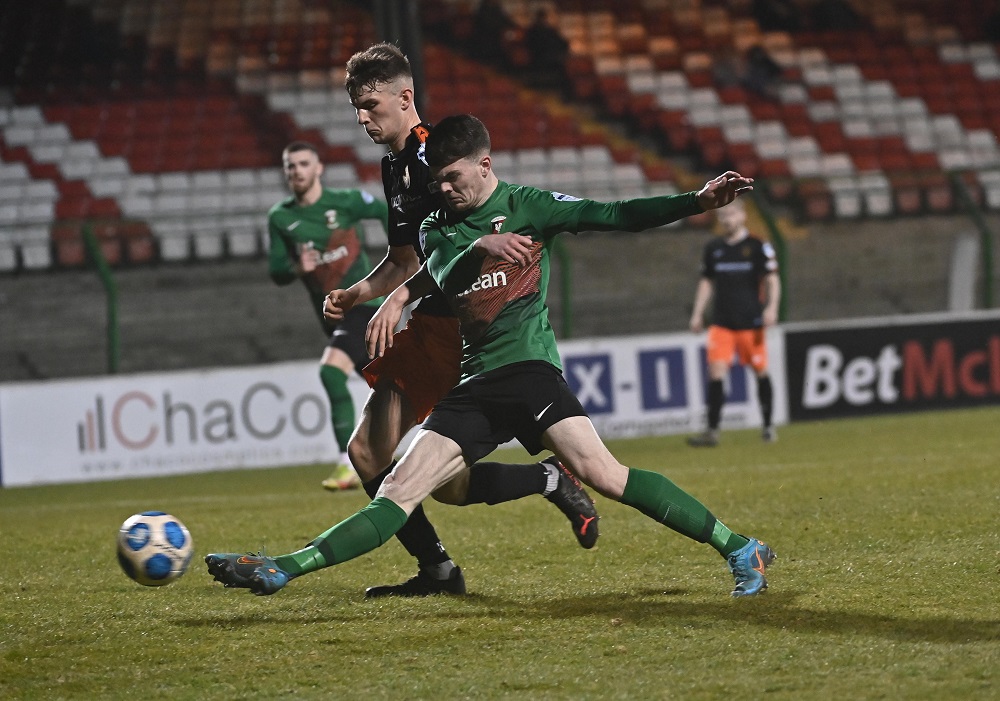 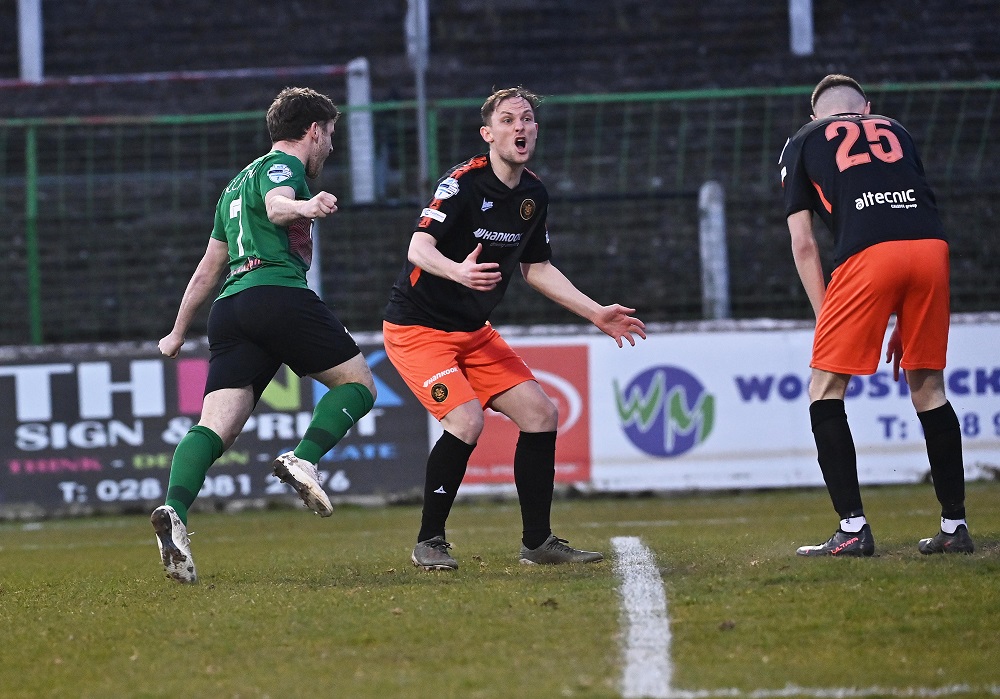