A clinical Crusaders hit four goals without reply past Glentoran at the BetMcLean Oval in what was a huge setback to the title ambitions of the home side.

The Crues got off to the perfect start when, as early as the ninth minute, Declan Caddell opened the scoring with a glancing header into the bottom corner from Ross Clarke's cross to the near post.

The visitors made it 2-0 midway through the first half when, from another Clarke delivery, Philip Lowry poked the ball home at the back post.

Clarke almost got on the scoresheet himself early in the second half only for his curling effort to sail just the wrong side of the upright.

But the Crues did get their third just before the hour. Again Clarke provided the delivery, a corner from the right, which was weakly nodded on at the far post by Daniel Larmour only for Glens keeper Aaron McCarey to let it slip through his legs into the net.

Then, four minutes from time, the rout was complete when Paul Heatley smashed the ball home from close range. 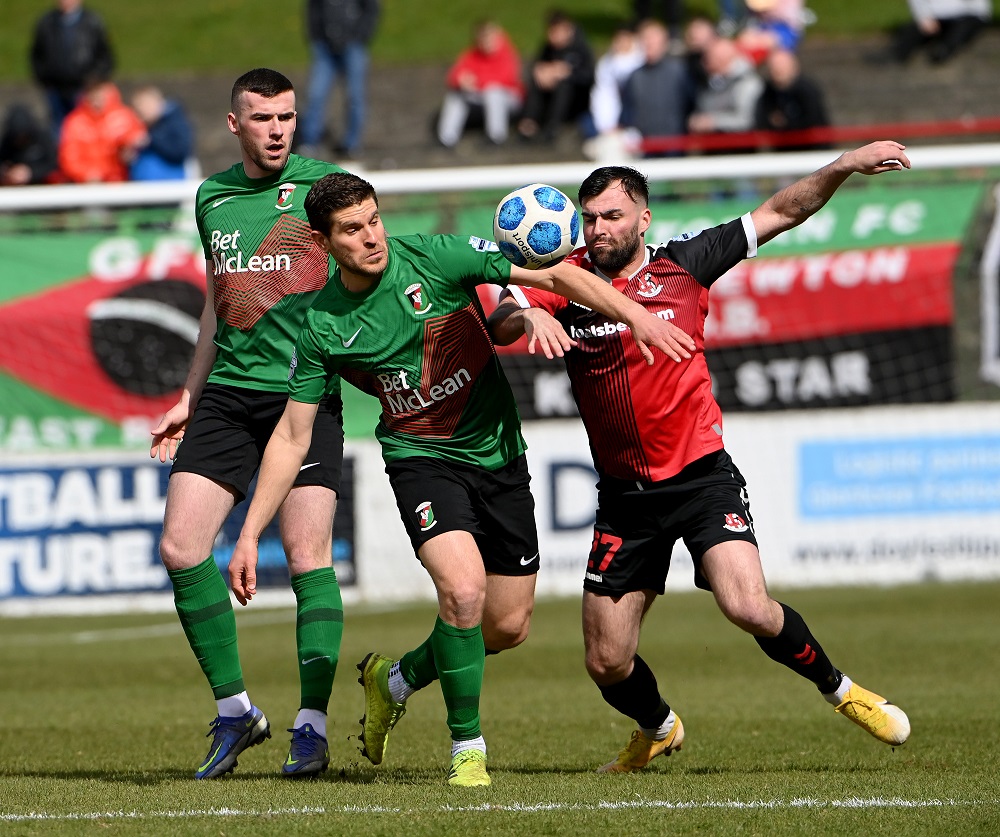 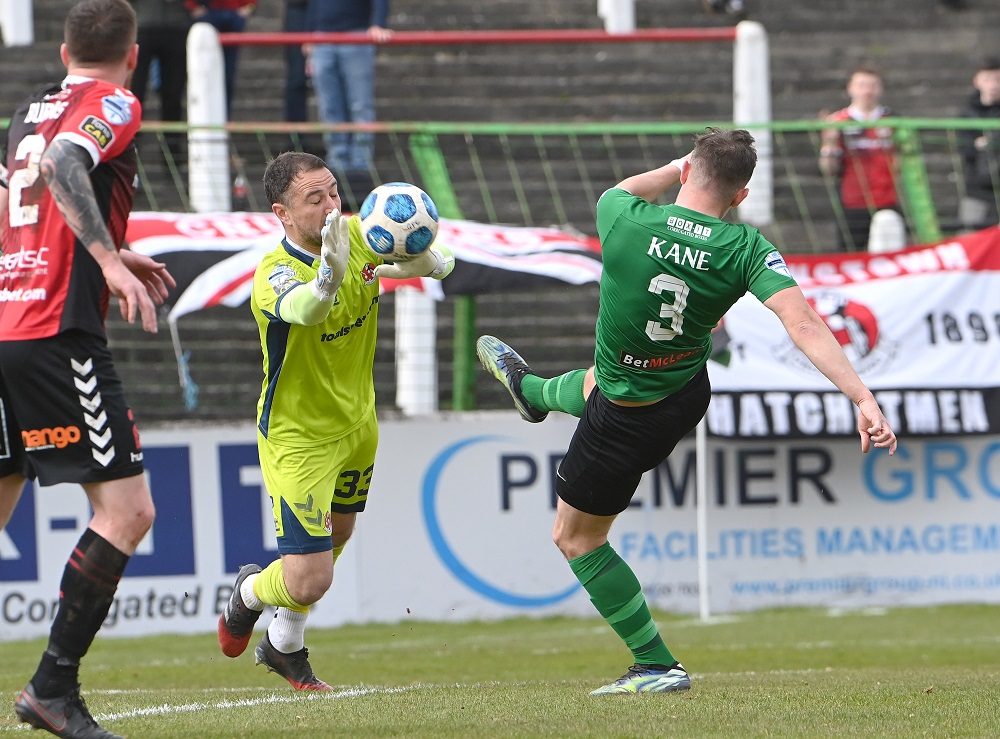 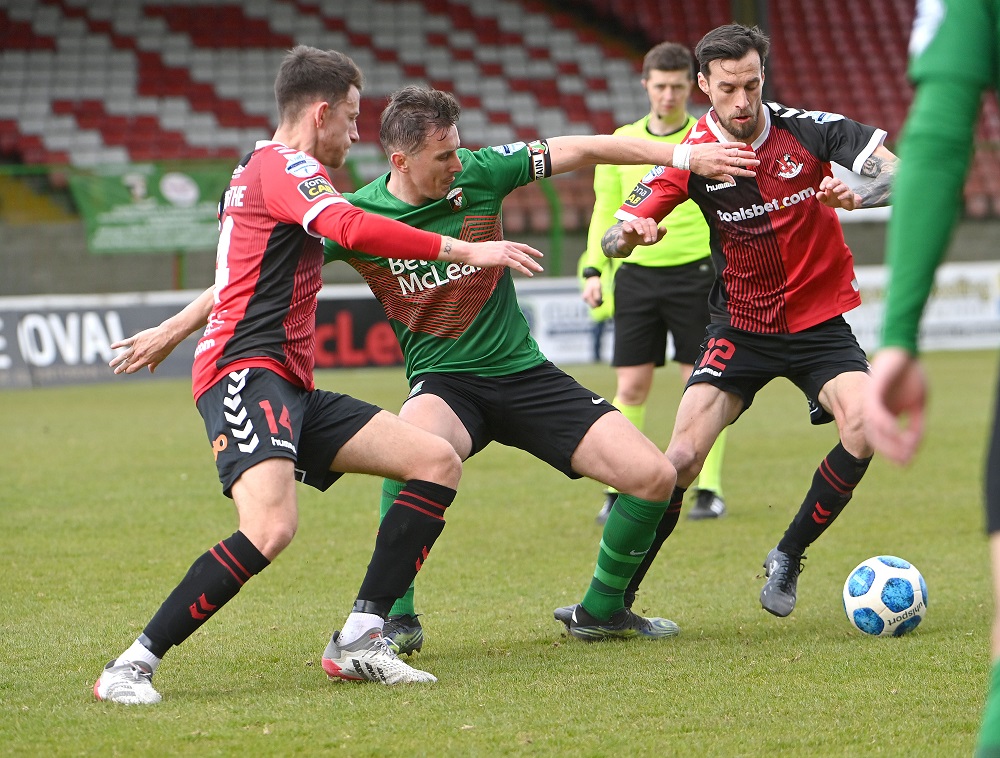 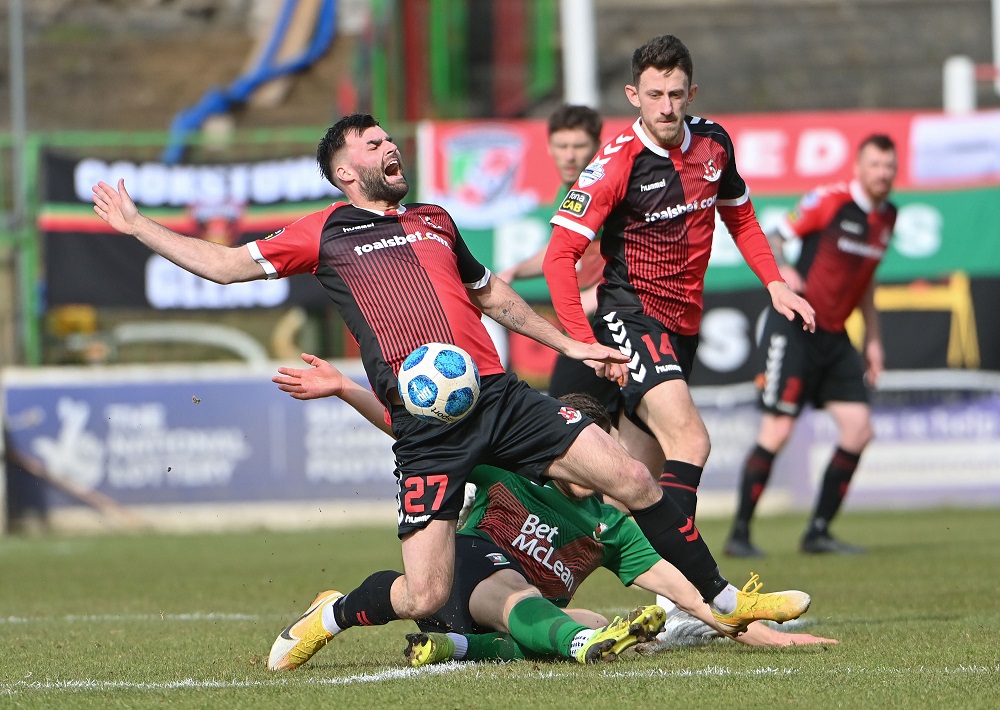 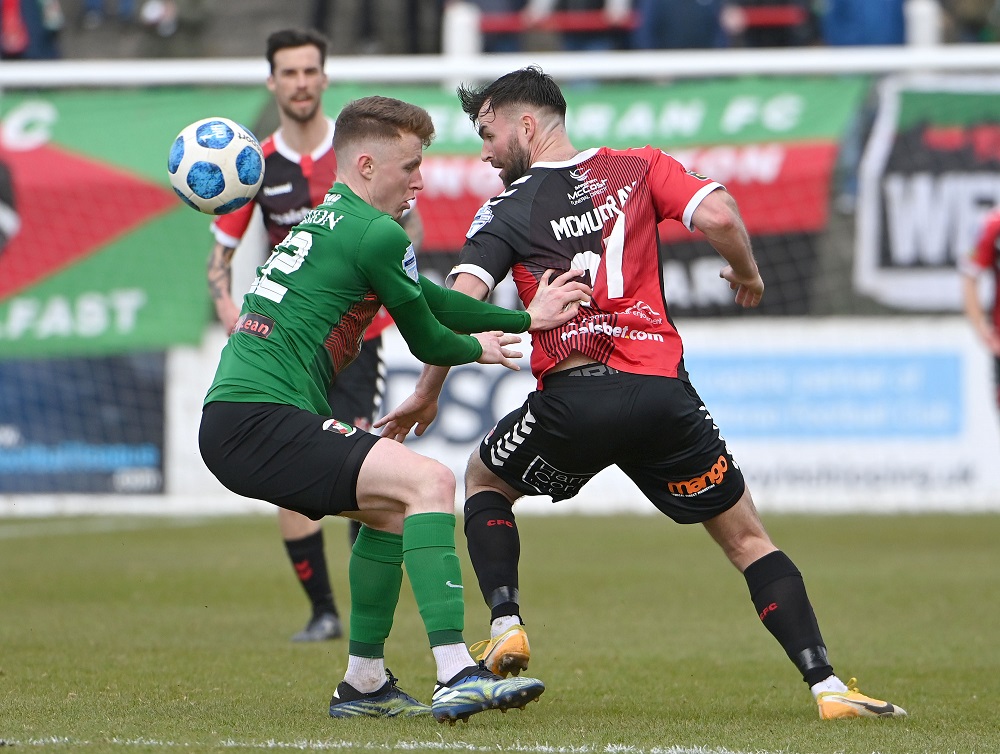 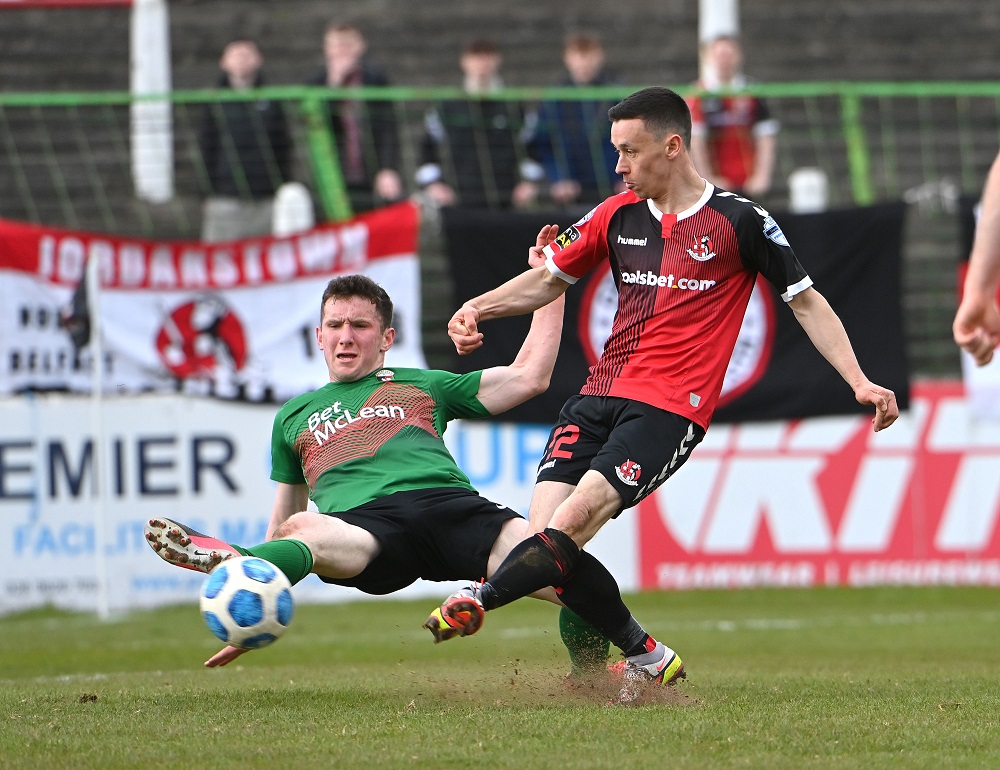