Linfield and Glentoran battled to a pulsating 1-1 draw in the final 'Big Two' derby of the season at Windsor Park.

It was a game that lived up to the billing, in the first half at least. Glentoran almost seized the early advantage when, after six minutes, a Hrvoje Plum corner was flicked against the left upright by Michael O'Connor.

The Glens threatened again soon after following Dillon Powers' lofted ball into the path of Jay Donnelly but the Glentoran frontman just failed to make contact to turn it home.

Then, not long after that, the woodwork came to Linfield's rescue again after O'Connor then clipped the outside of the right post with a low strike from the edge of the area.

Another chance followed midway through the first half with O'Connor again involved after he played the ball through for Conor McMenamin but he couldn't find a way past Chris Johns with a left-foot strike.

But the deadlock was broken just after the half-hour mark - and in Linfield's favour too - when Jordan Stewart's cross from wide on the left bypassed everyone in the area before ending up in the net in front of the Kop.

Glentoran responded positively with the equaliser just six minutes after that. McMenamin found himself one-on-one with Jimmy Callacher inside the area and unleashed a tremendous left-foot drive past the experienced defender into the far corner to give Johns no chance.

Moving into the second half, Conor Pepper created an early opening for Chris McKee but the striker could only fire just wide after turning well.

At the other end Plum teed himself up with a free-kick from around 25 yards only to fire just narrowly over before play switched again for Eetu Vertainen to turn an effort into the side netting.

The chances continued with Kyle McClean having an effort blocked on the line and Jack Hastie produced a good stop from Aaron McCarey.

Glentoran had a huge opportunity with ten minutes remaining. After breaking on the counter attack McMenamin got past Mulgrew in a race for the ball, running into the area and electing to have a shot on goal himself despite Bobby Burns being well placed and available in the middle of the box.

Linfield had one chance, too, when Vertainen found Stewart with a great pass but McCarey was on hand to deal with the subsequent shot and follow up header.

The draw moves Linfield two points clear at the top of the table, but Cliftonville can go top tomorrow with a win at home to Larne while, for Glentoran, they are now six adrift of the summit. 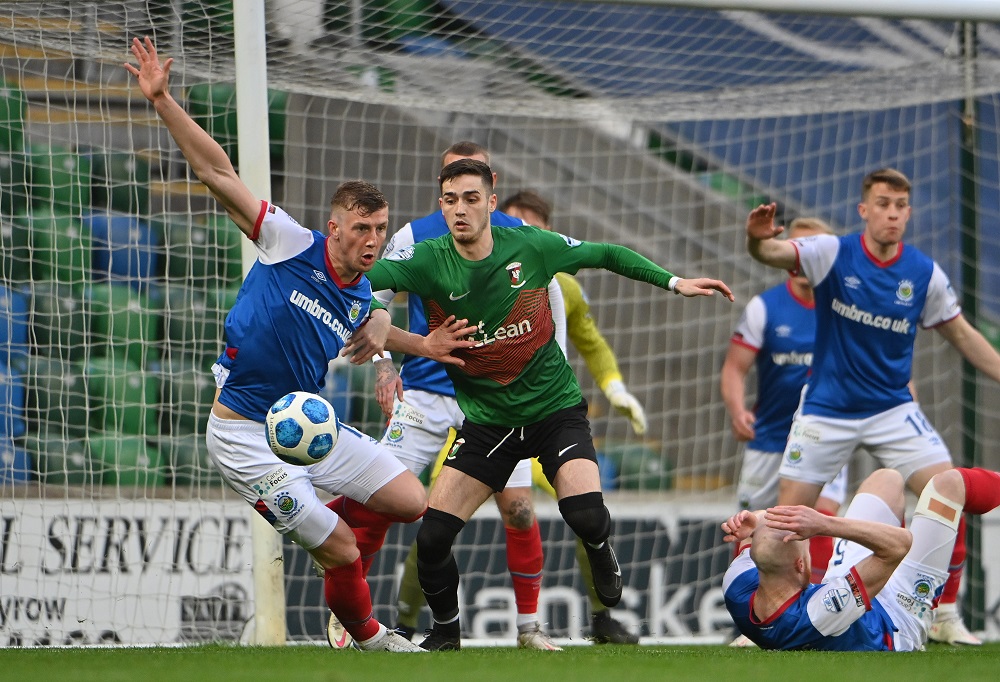 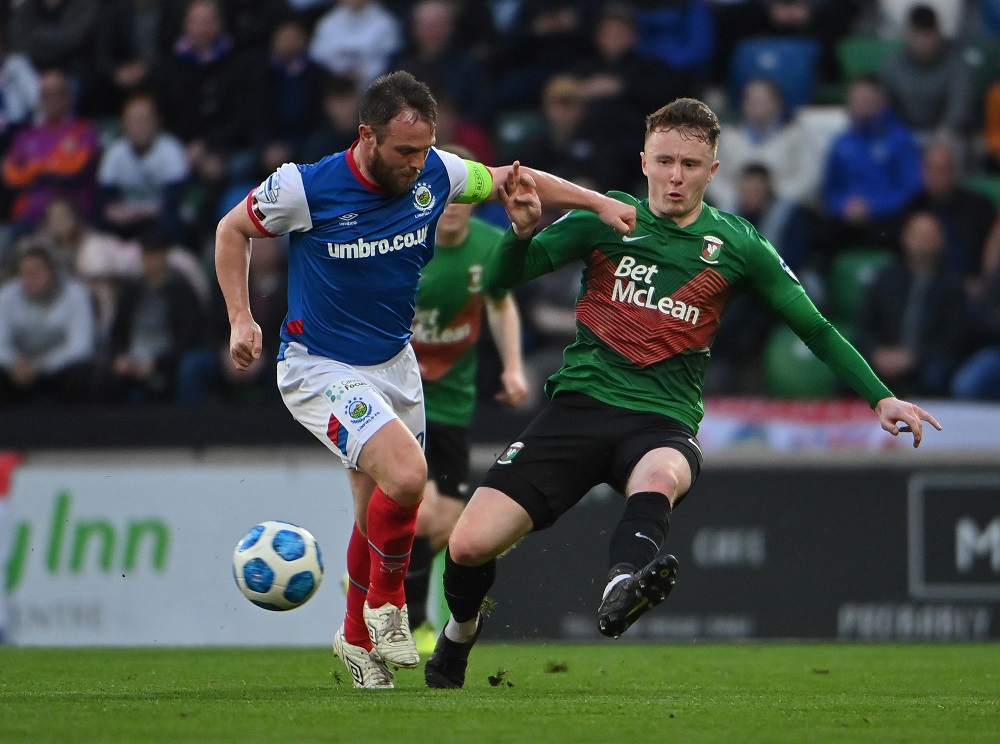 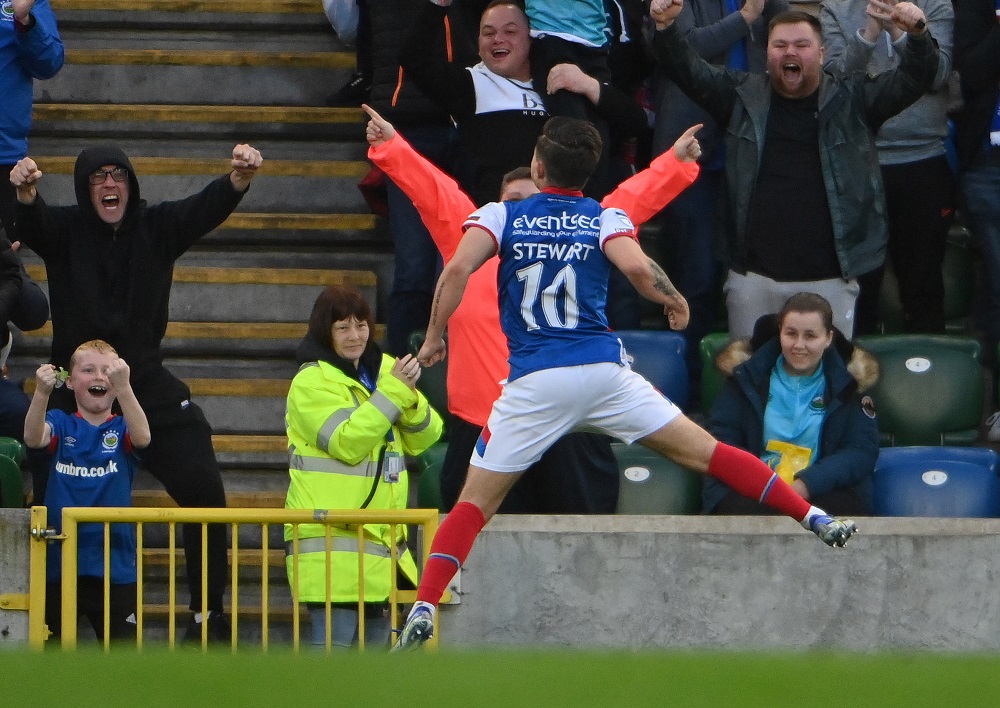 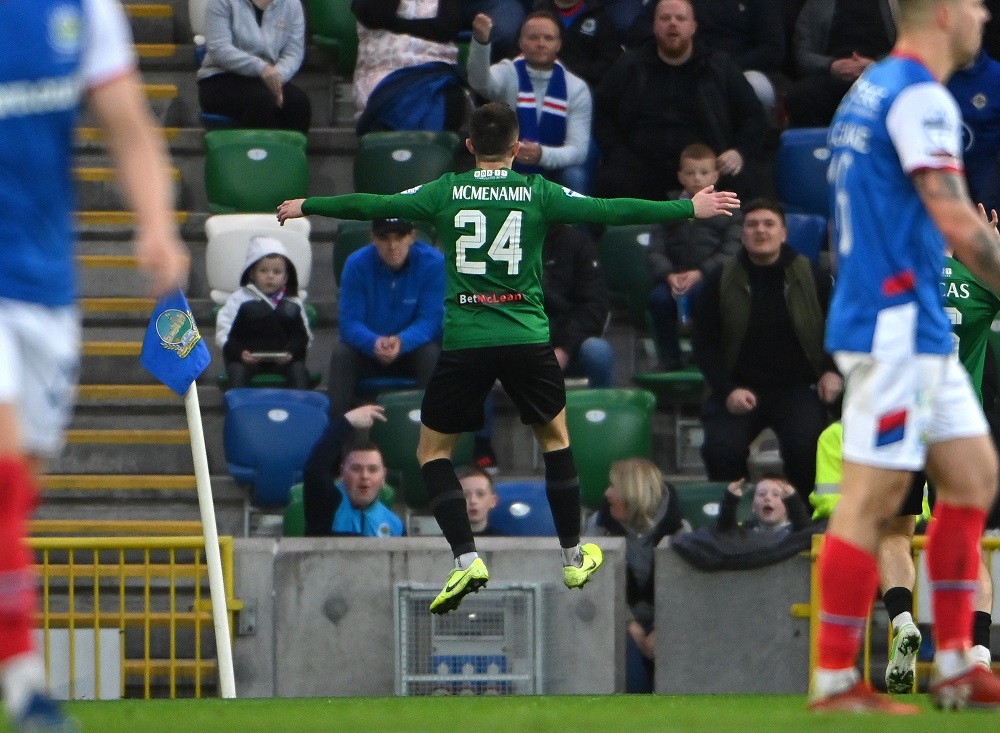 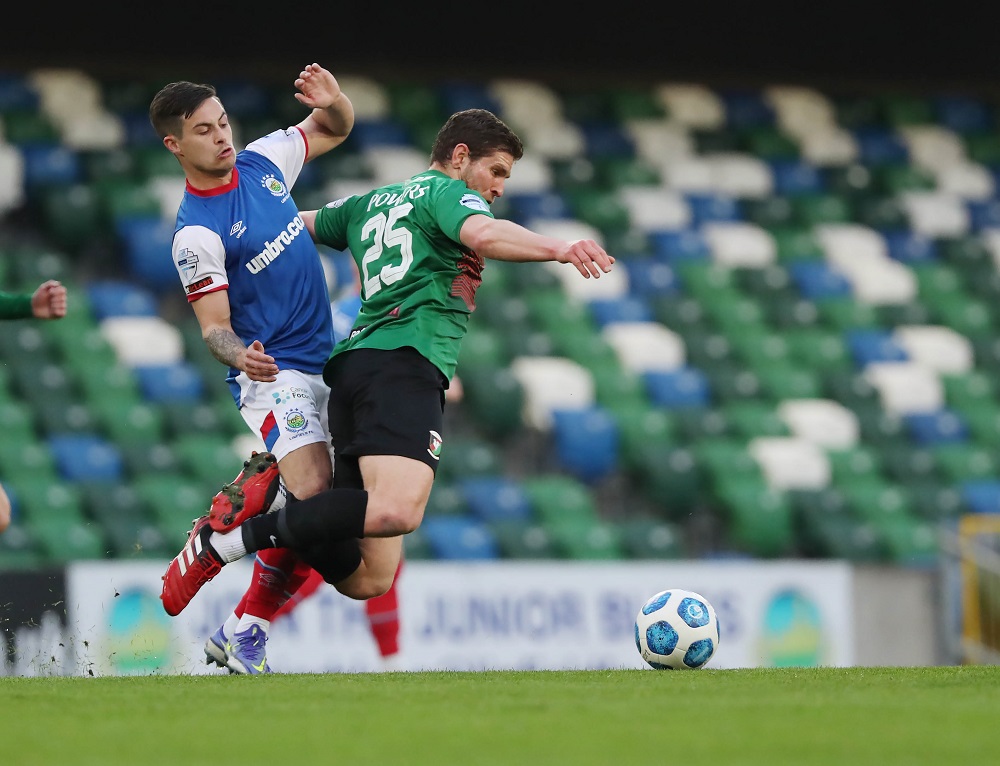 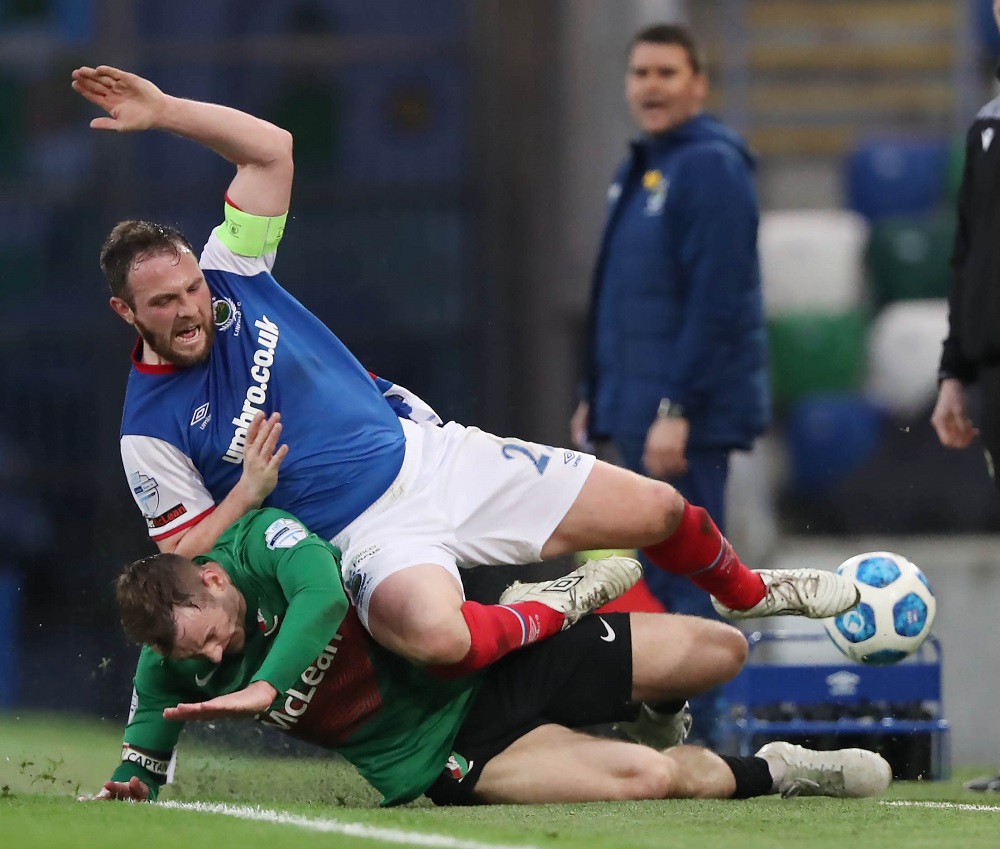