HALL AND McKEE ON TARGET AS BLUES RETAIN TITLE

It's a fourth straight championship for the Blues, and a world record setting 56th, as they did what was required on the final day of season.

After some early nerves, Chris Shields created the first effort of note with a glancing header just wide of the far post after Kirk Millar had delivered a free-kick.

At the other end James McLaughlin tried to find the top corner only to send the ball just over while Josh Carson cut inside to send a shot over from around 25 yards before the same player went close again but Chris Johns was equal to the challenge.

Ethan Devine almost edged Linfield in front towards the end of the first half but Martin Gallagher pulled off a great stop to deny his header.

But, on 43 minutes, Linfield found a way through when Ben Hall got on the end of a Niall Quinn corner to nod the opener past Gallagher.

Then, in first half stoppage time, Quinn played Chris McKee through to send a low finish past the visiting keeper and put the Blues into a commanding position at the break.

Jimmy Callacher came close to adding a third early in the second half but could only power his header wide of the target.

Coleraine attempted to claw their way back into the game, coming closing through Matthew Shevlin and again with a Carson 20-yard volley.

However Linfield's path towards yet another title was never really challenged, with the evening ending amid scenes of celebration at Windsor Park. 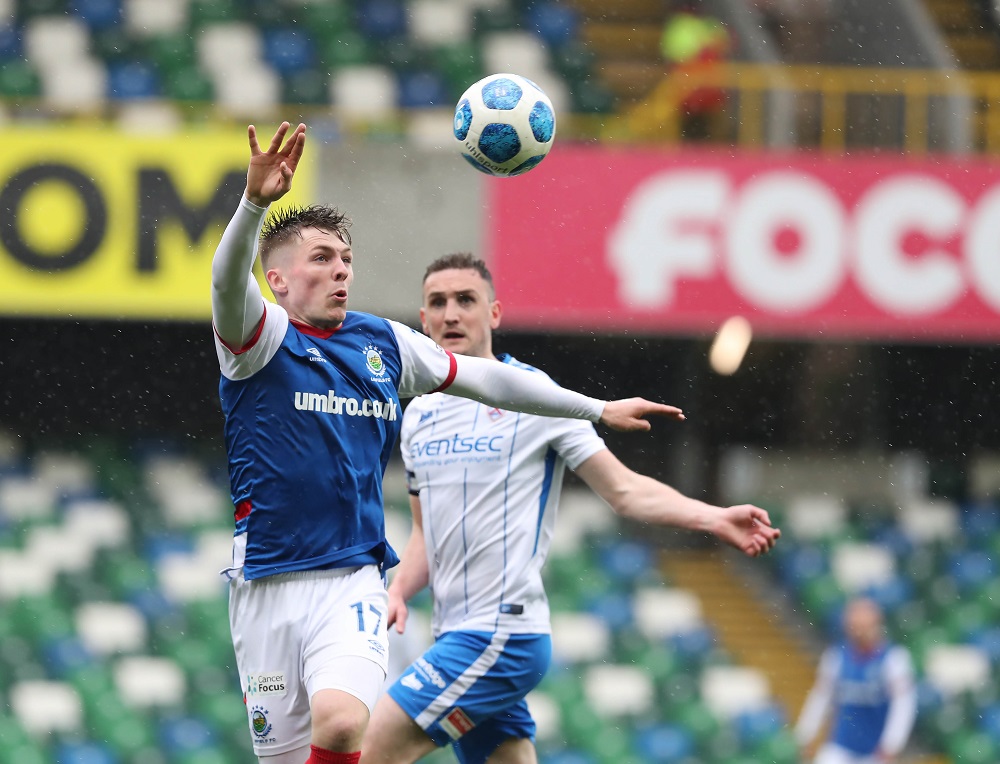 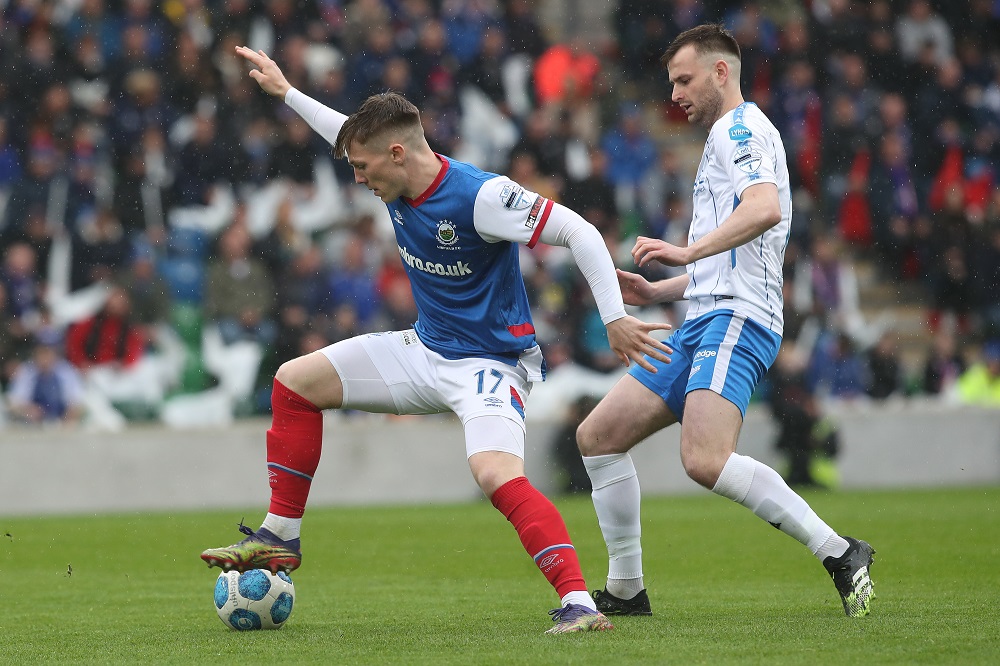 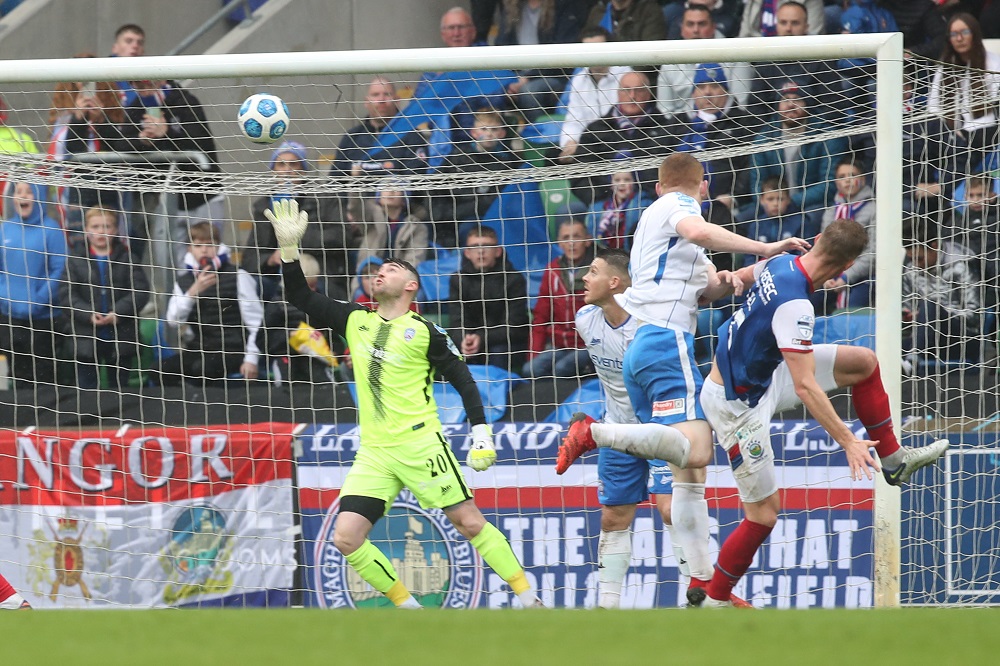 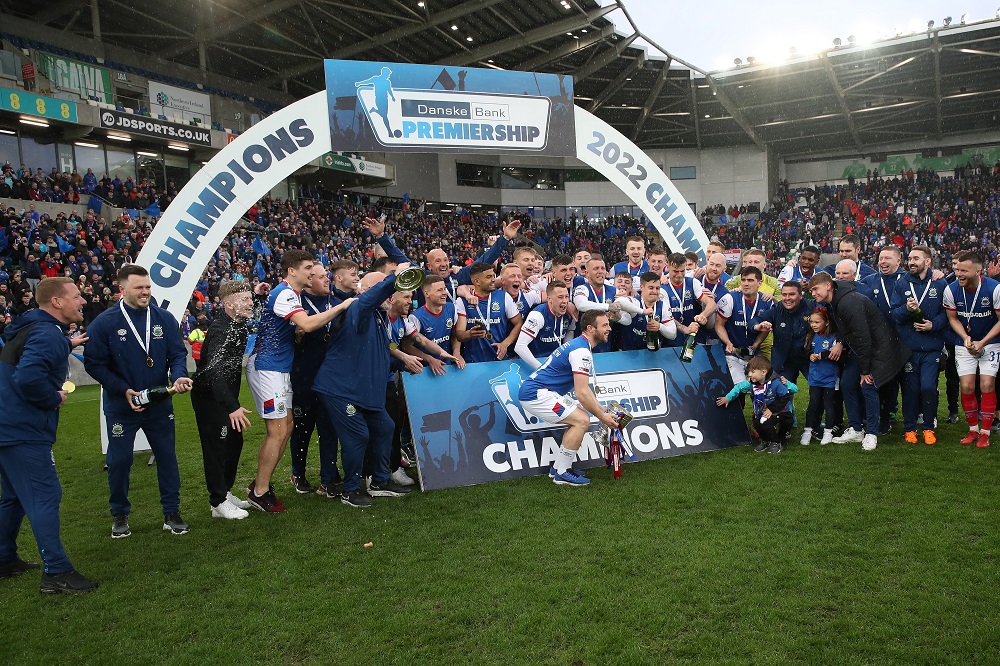 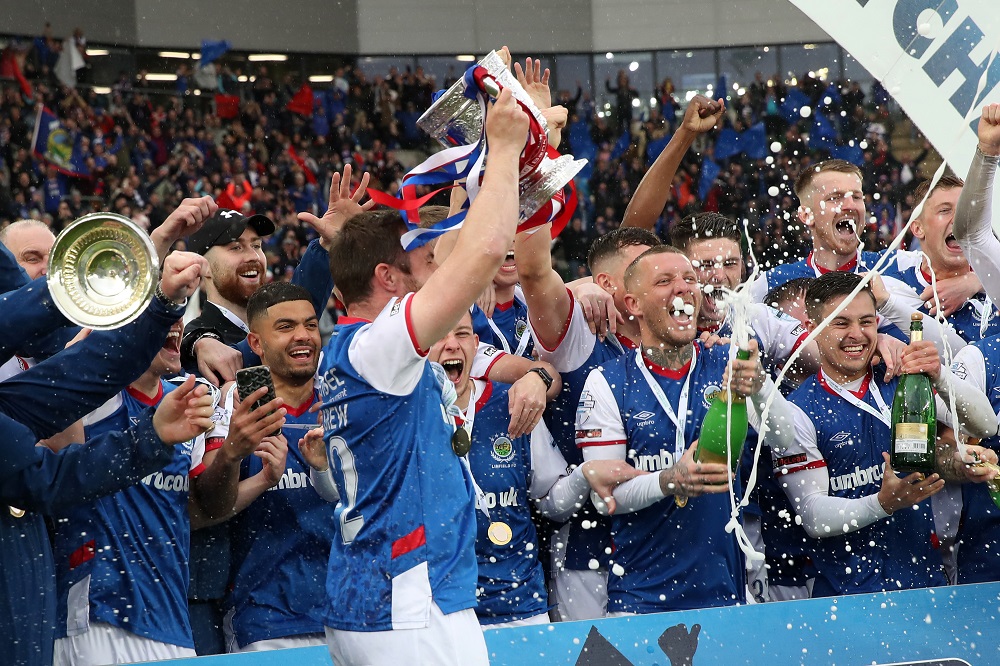