GLENS STORM BACK TO CLAIM POINTS

Glentoran recovered from going a goal down early on to defeat Crusaders 3-1 at the BetMcLean Oval.

The visitors needed just five minutes to open the scoring when Ross Clarke and Jude Winchester combined for the former to slot past Aaron McCarey into the far corner.

However Glentoran levelled just three minutes later through Ruaidhrí Donnelly who flicked the ball just over the line after Sean Murray had done well to deliver his cross into the area.

The Glens moved in front eight minutes into the second half. Chris Hegarty was deemed to have handled the ball inside the area and from the subsequent spot-kick Conor McMenamin confidently stepped up to send Jonny Tuffey the wrong way.

McMenamin almost added another just a few minutes after that with a curling left foot strike from distance that unluckily struck the woodwork before falling to safety.

But, with 12 minutes remaining, Mick McDermott's side did bag their third of the evening after former Crues defender Aidan Wilson nodded past Tuffey at the near post from a fantastic Shay McCartan delivery. 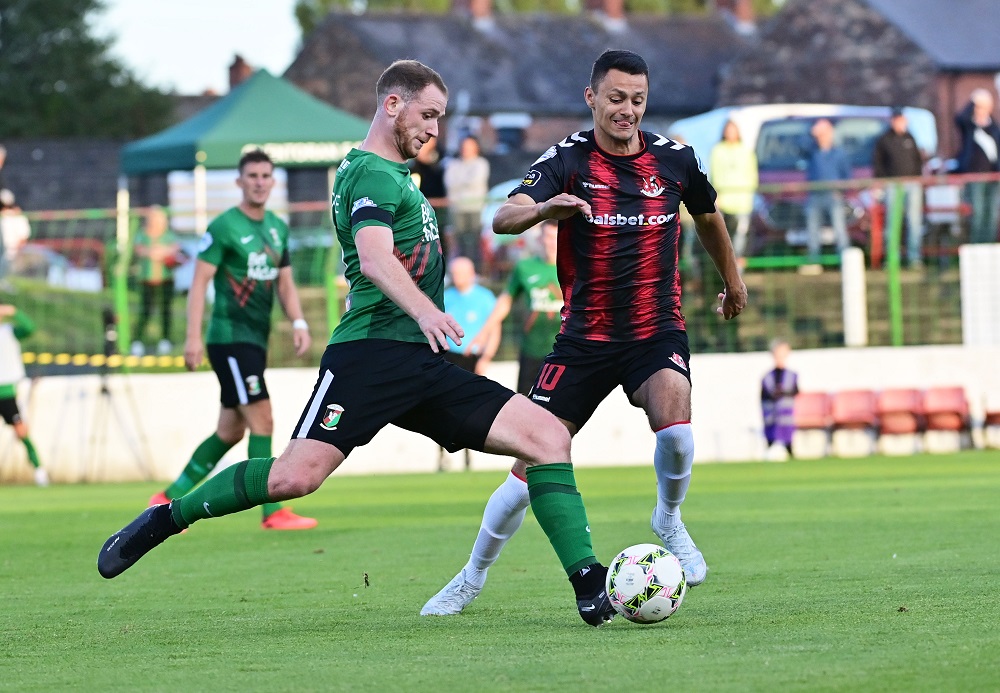 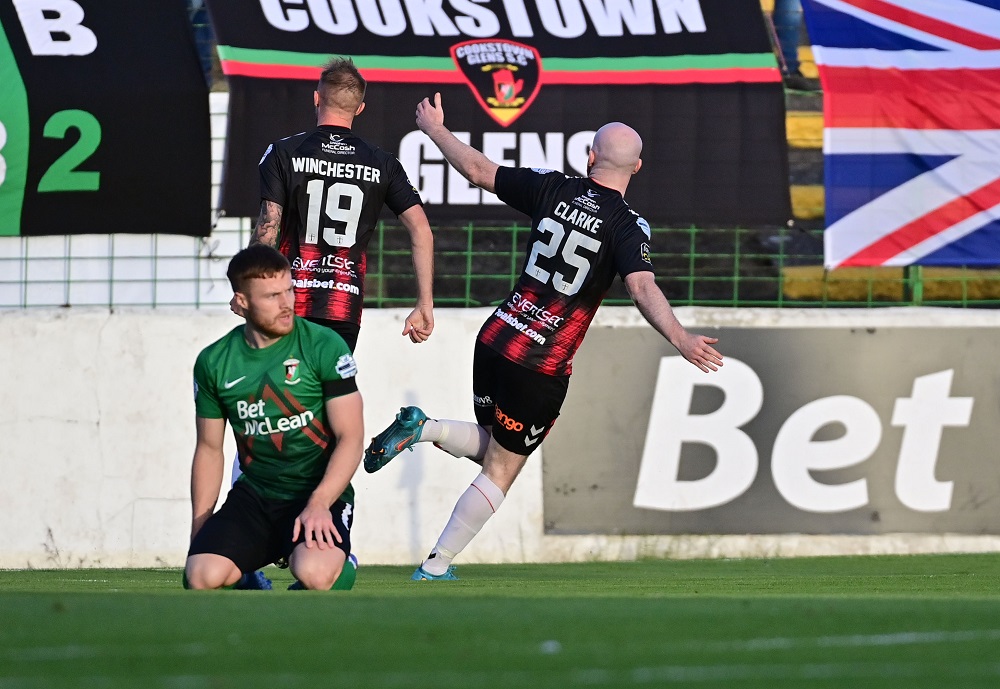 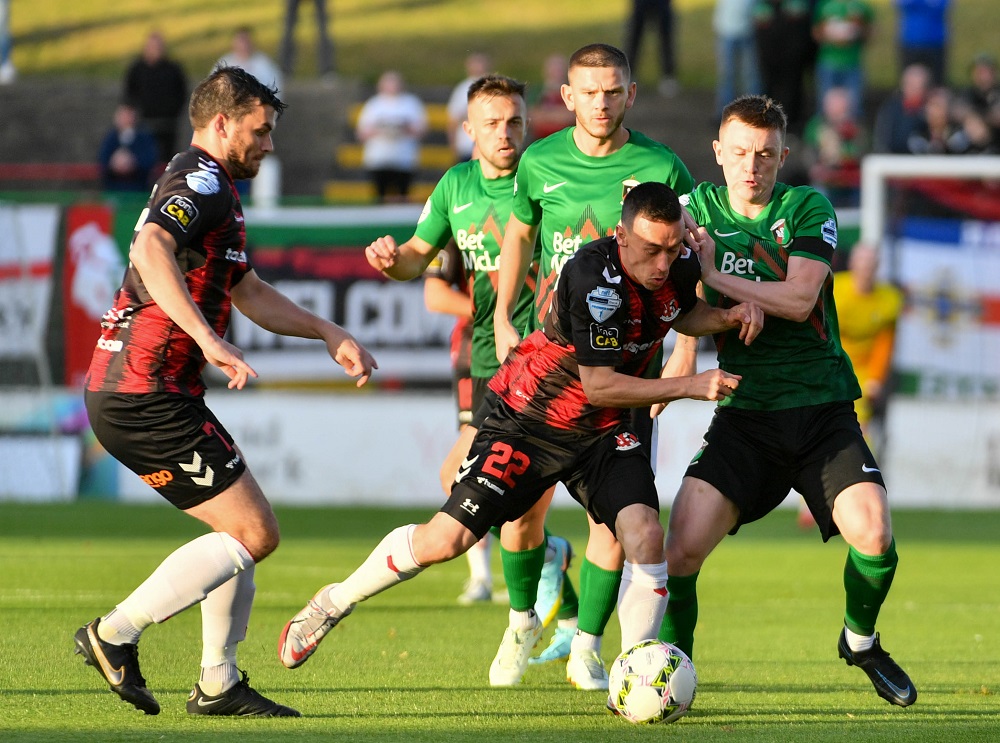 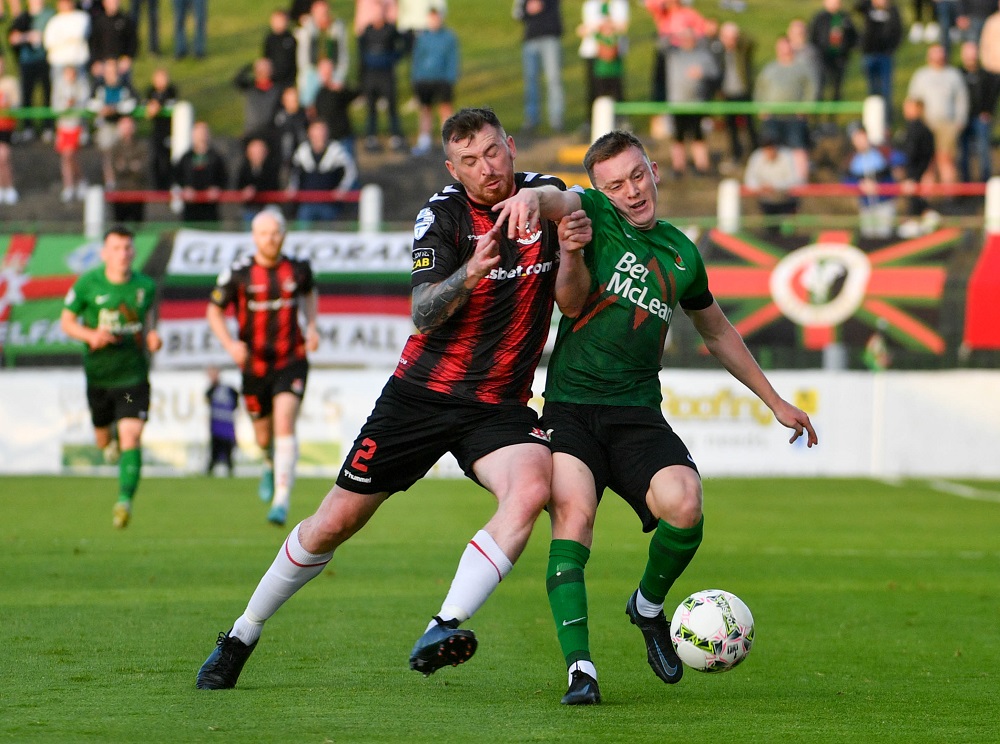 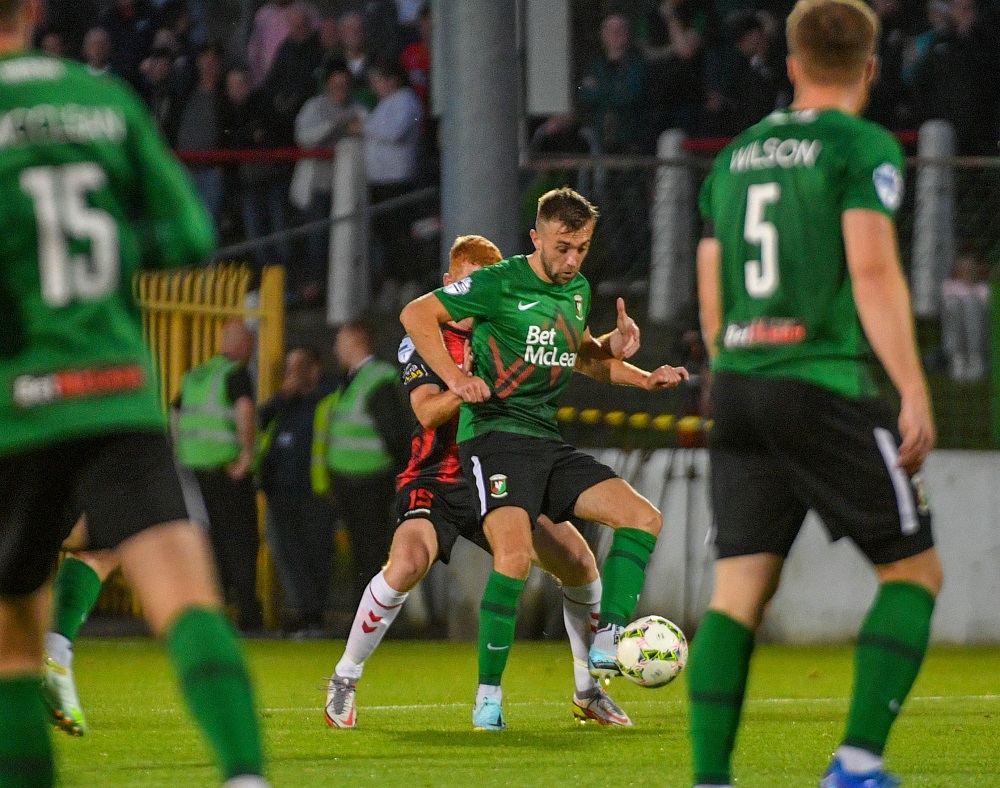 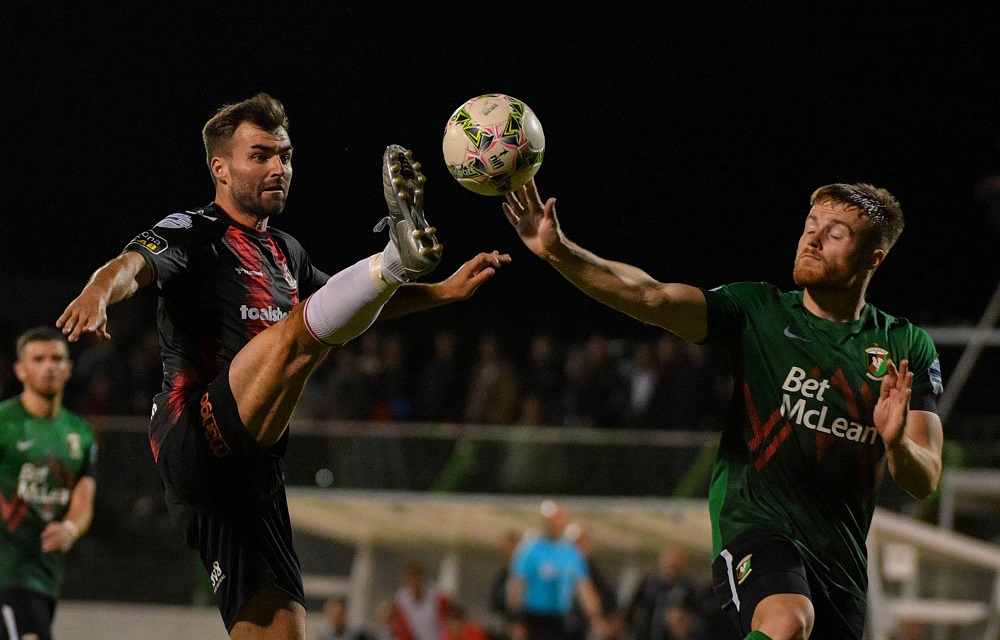