CRUES EDGE IT AT THE SHOWGROUNDS

Two second half goals saw Crusaders come from behind to beat Newry City at The Showgrounds.

Daniel Hughes seized the advantage for City midway through the first half somewhat against the run of play after combining with John McGovern to fend off Chris Hegarty to scramble the ball home at the right post.

It was a lead they held until just after the hour when two goals in quick succession saw the Crues edge in front to ultimately seal the points.

Philip Lowry levelled on 64 minutes after touching the ball home from the edge of the box after Jordan Forsythe had headed it on.

Then, three minutes after that, Daniel Larmour bagged what proved to the winner with a low, hard finish into the bottom right corner. 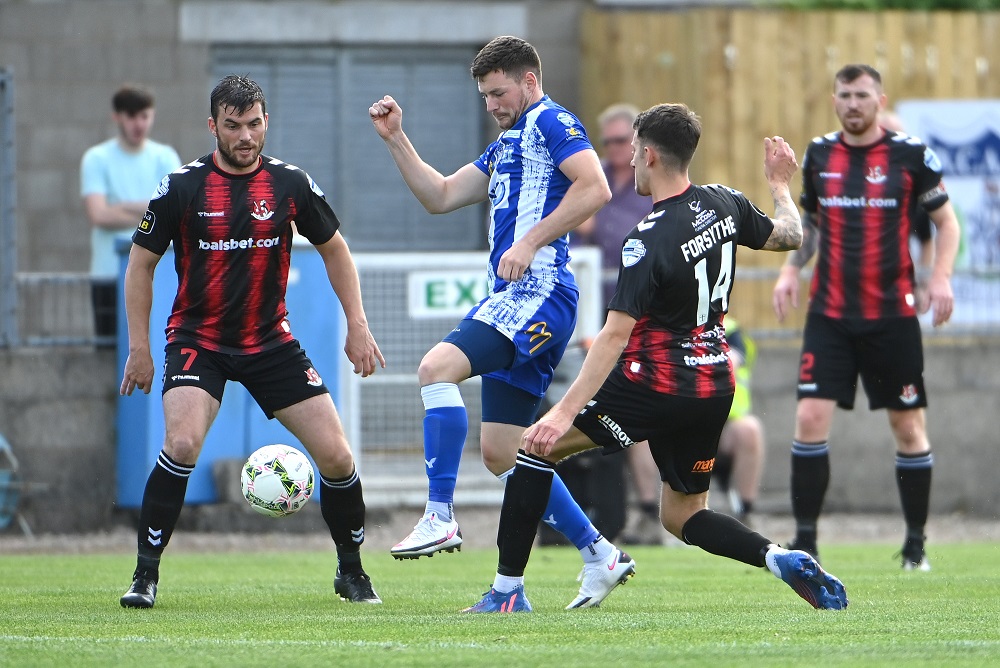 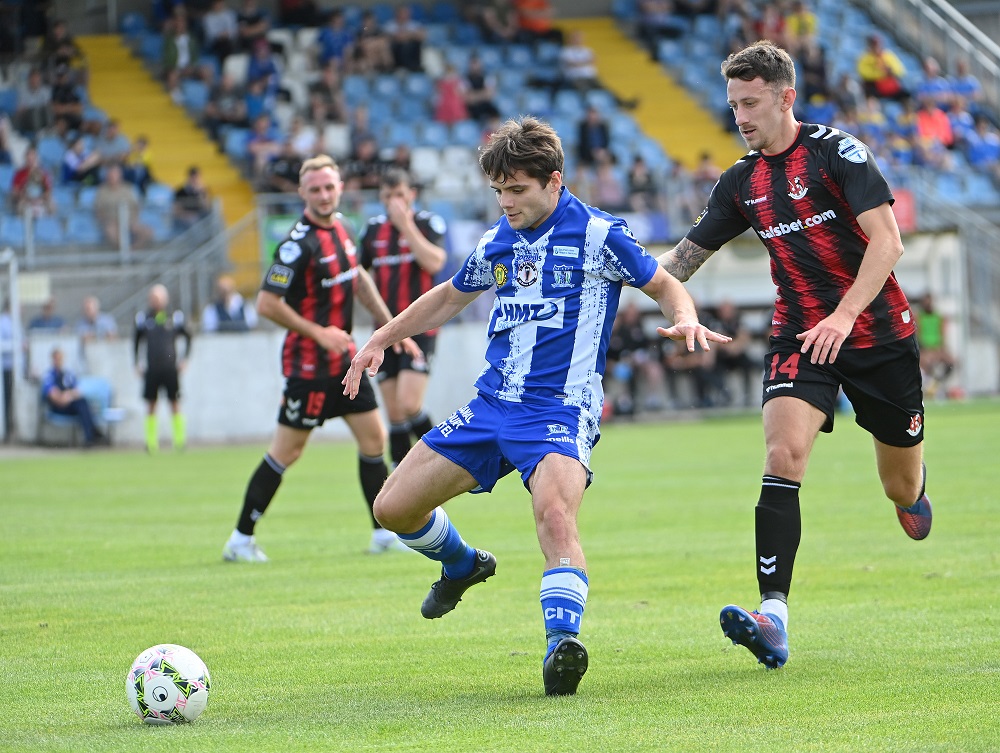 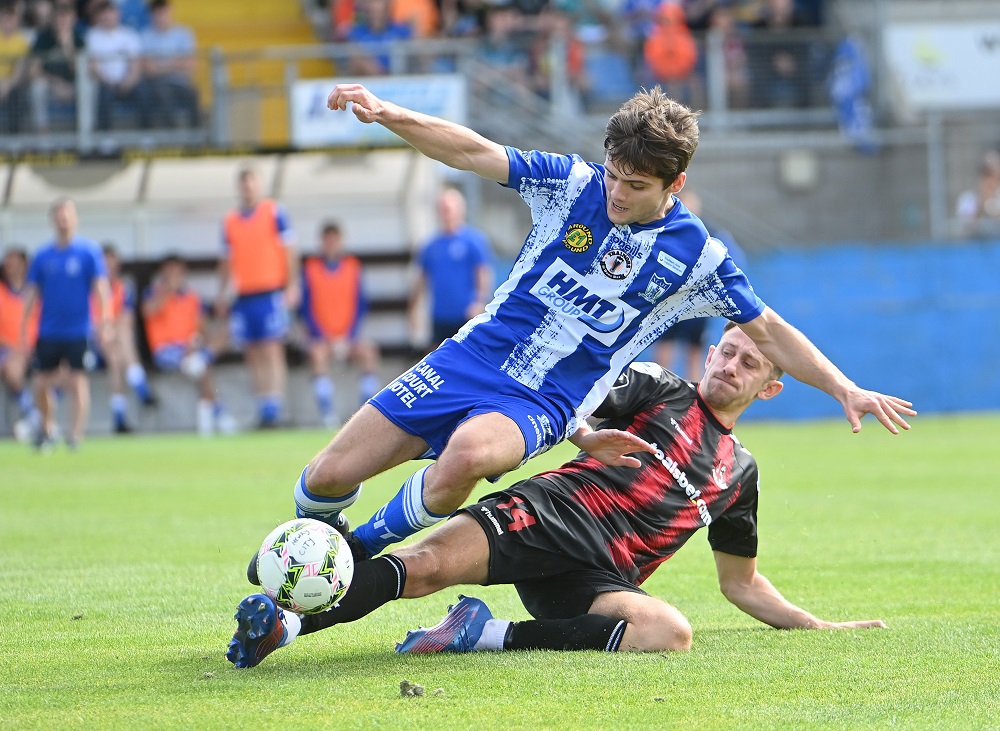 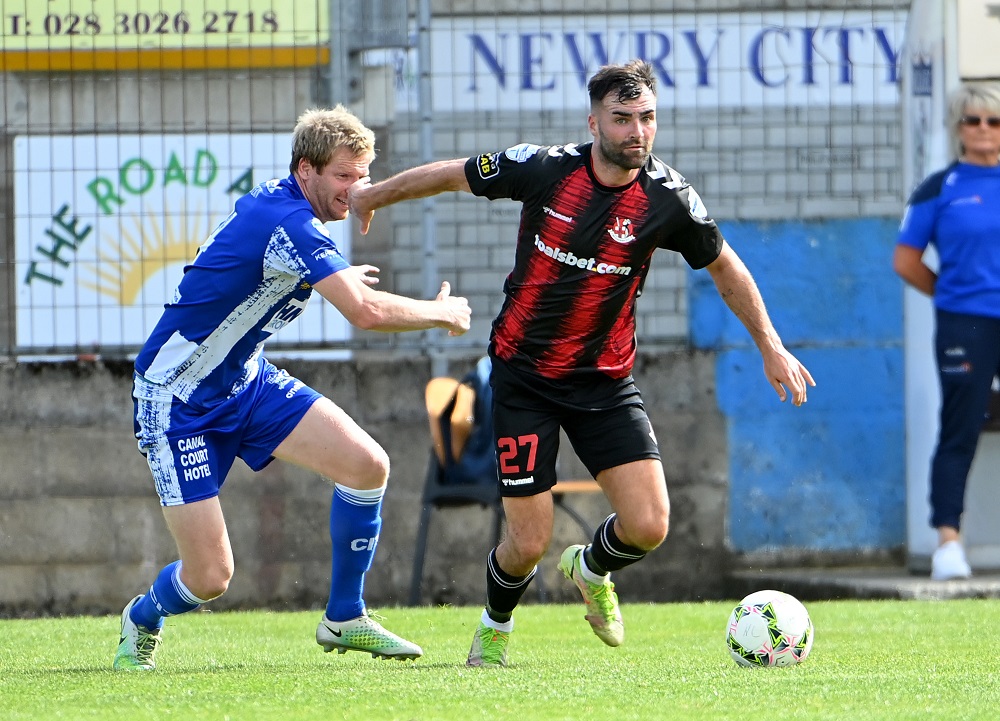 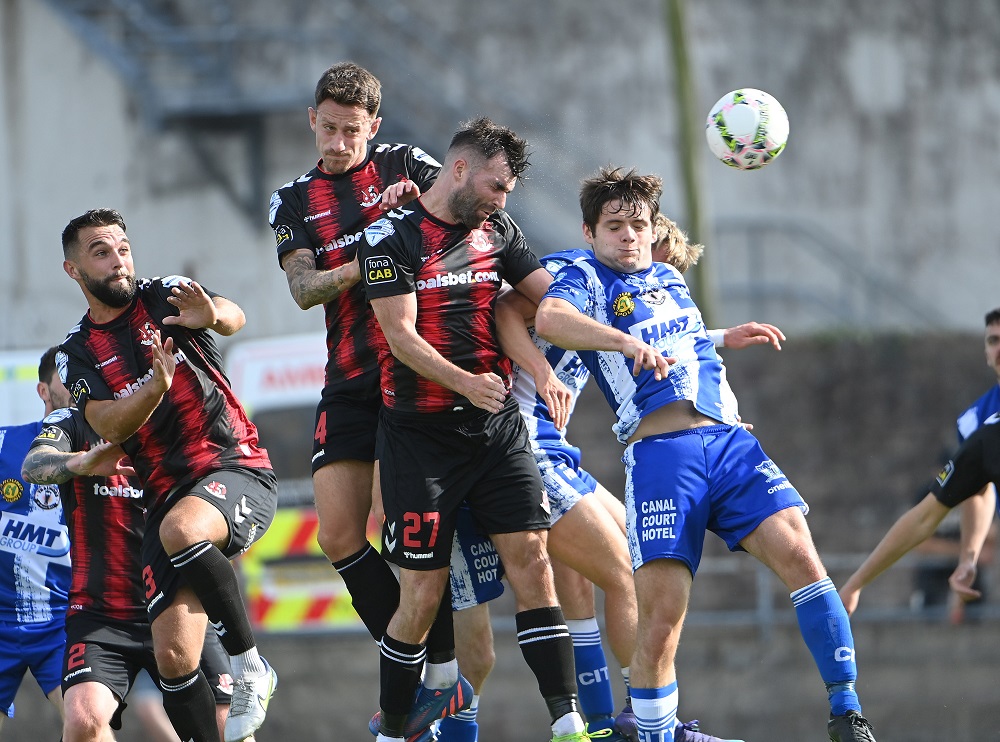 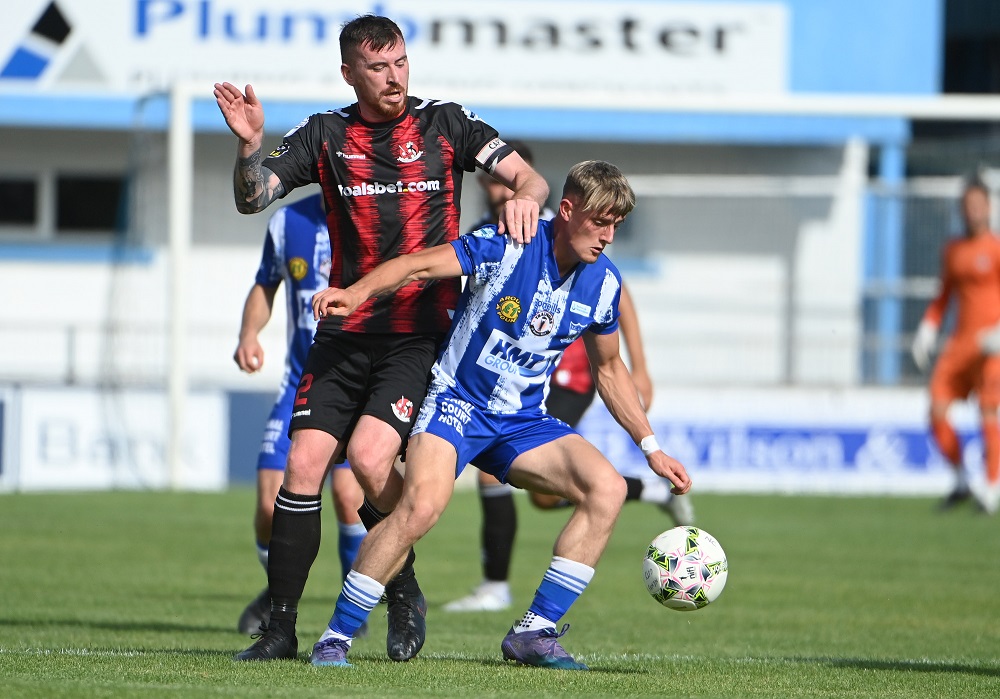