Carrick Rangers came out on top in an entertaining seven goal thriller with Crusaders at the Loughview Leisure Arena.

Curtis Allen opened the scoring after just three minutes when he swivelled to fire high into the net after Andy Mitchell had sent a corner into the box.

It was 2-0 after a quarter-of-an-hour. Unfortunate Crues defender Daniel Larmour turned the ball into his own after multiple attempts to clear the danger after David Cushley had rolled the ball towards goal.

Crusaders pulled a goal back just before the half-hour mark through Paul Heatley who saw his angled effort evade keeper Ross Glendinning.

Then, in first half stoppage time, the visitors levelled when Ross Clarke found the top corner after Jarlath O'Rourke had sent a cross over from the left.

Allen restored Carrick's lead nine minutes after the break from close range but, within two minutes, Philip Lowry bagged a third for the Crues from Heatley's cross.

However, what proved to be the winner for Stuart King's side came midway through the second half courtesy of Emmett McGuckin who slid in to divert another Mitchell cross into the roof of the net.

Crusaders ended the game with ten men when Heatley was shown a straight red card by referee Raymond Crangle following an altercation with Mitchell. 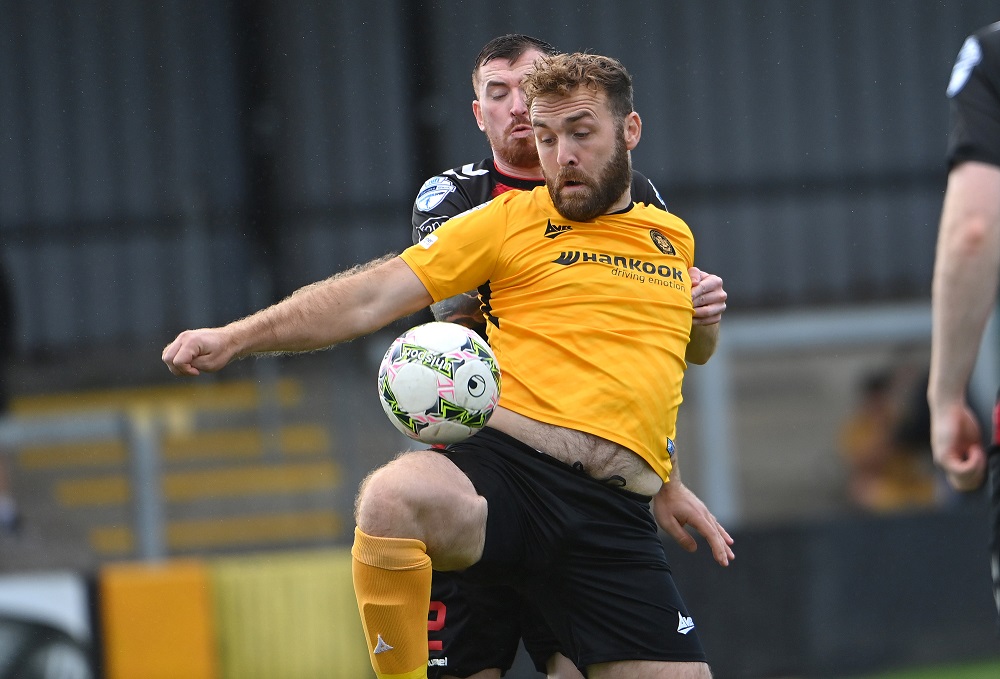 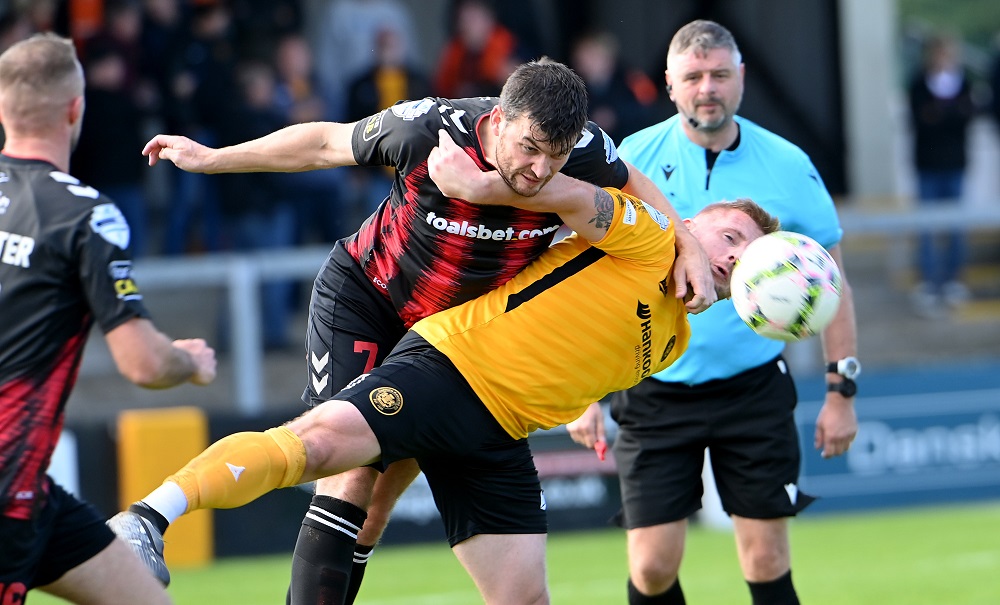 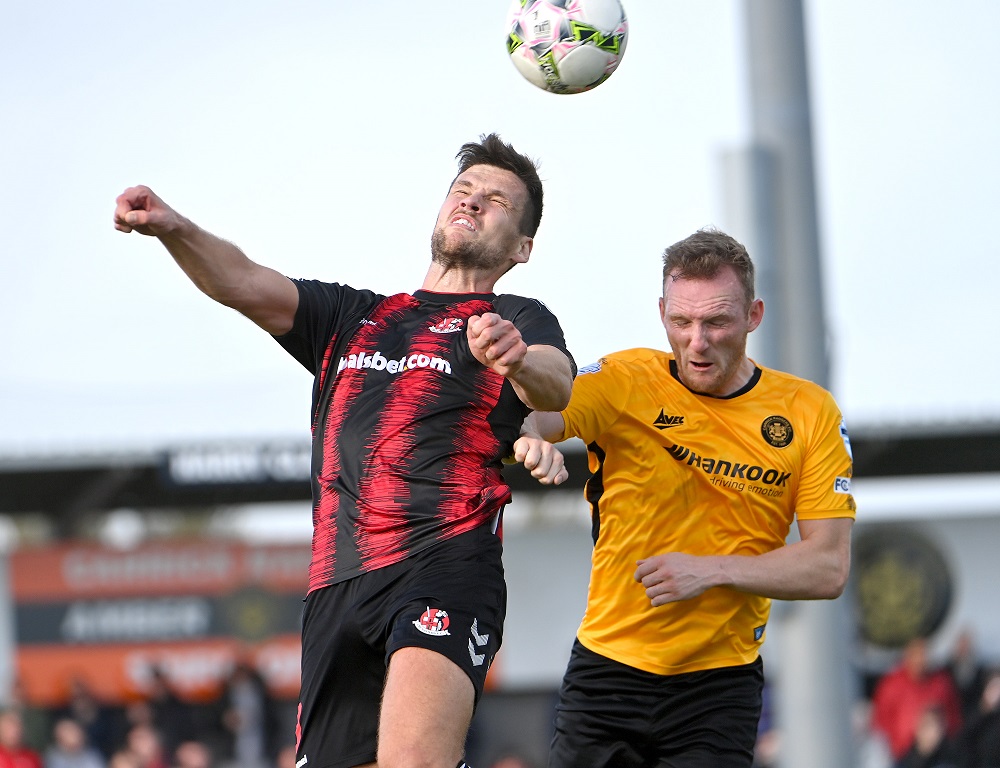 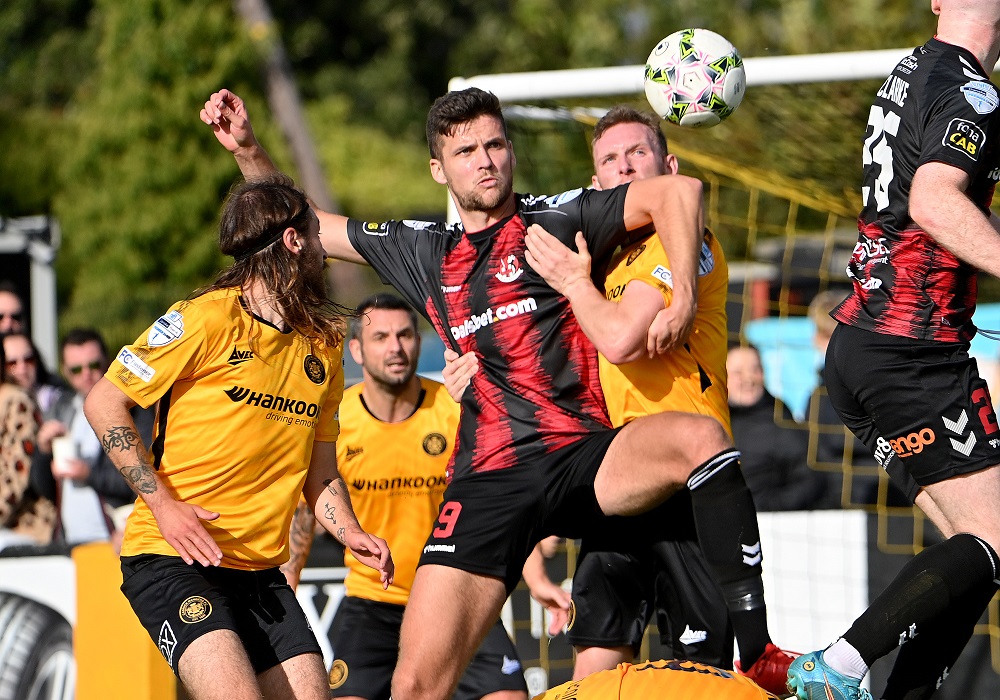 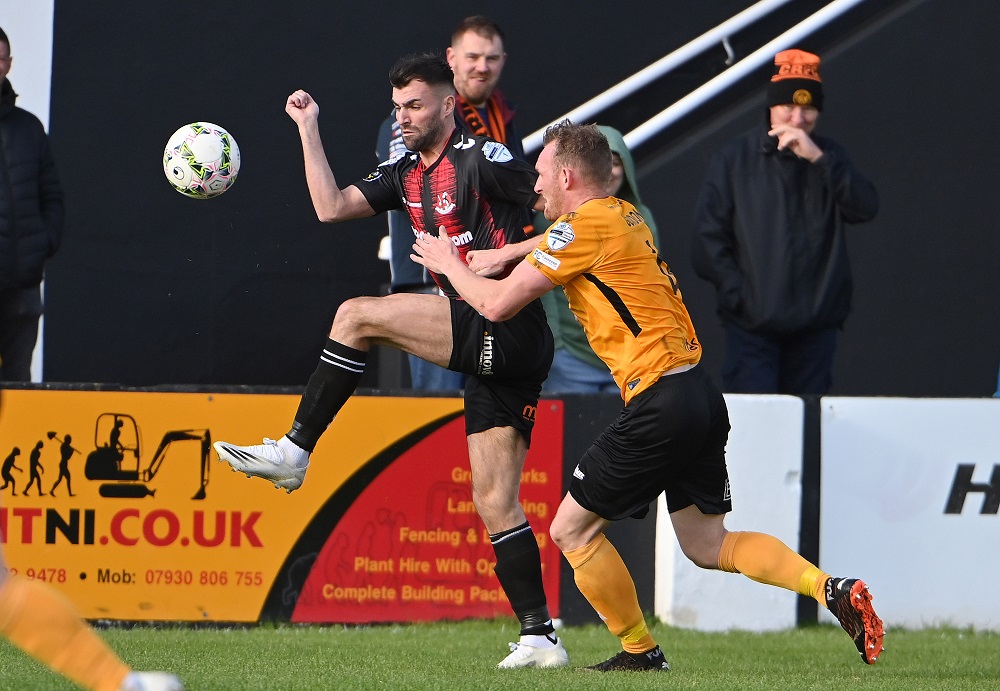 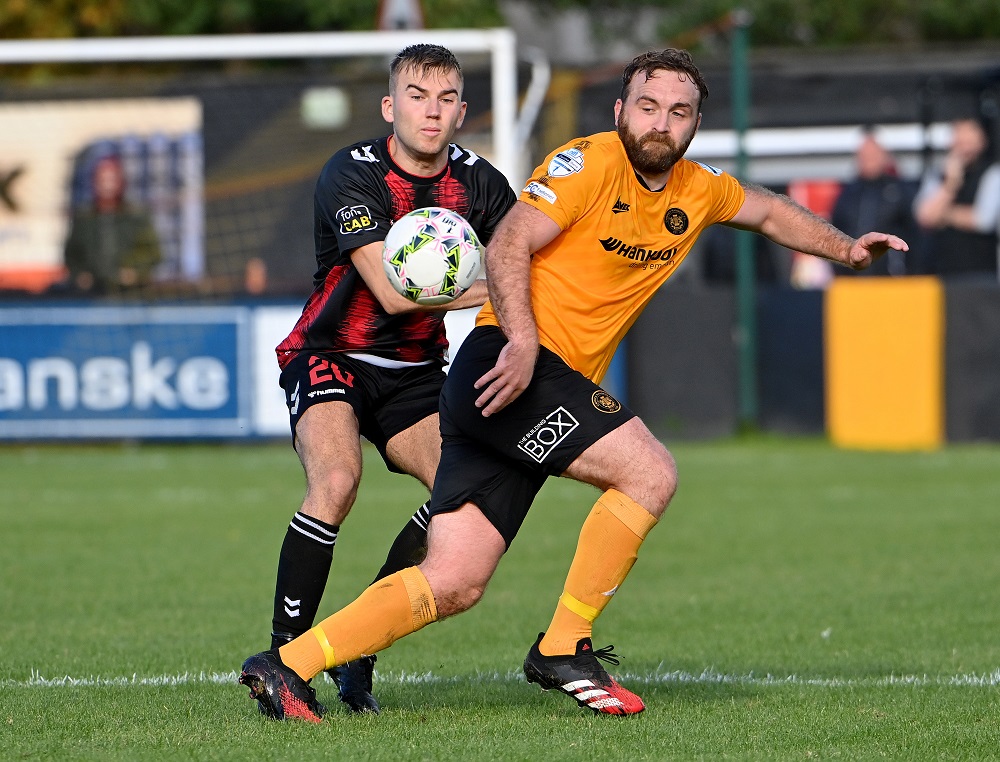