Glentoran made a huge statement with a three-goal victory over Linfield in the derby at Windsor Park in front of the BBC cameras.

An eagerly anticipated encounter, the first half didn't disappoint. Both sides struck the woodwork as a number of chances were created at either end.

After a feisty opening few minutes it almost fell to the Blues to open the scoring when Kyle McClean was denied by Aaron McCarey as he attempted to turn Kirk Millar's free-kick home at close range.

Play switched quickly for Patrick McClean to ping an effort off the crossbar from Hrvoje Plum set piece while, not long after that, Marcus Kane's speculative ball into the area floated onto the top of the bar although Chris Johns appeared to have it covered.

Then it was Linfield's turn to hit the bar just before the half-hour mark with Joel Cooper offering up a thunderous effort from the edge of the area.

The home side were then reduced to ten men just a couple of minutes later following Michael Newberry's dismissal for a second bookable offence.

The action didn't let up after the break as Glentoran moved into the lead after barely two minutes when Bobby Burns beat Johns with a stylish but deflected effort from outside the area.

And Glentoran doubled their advantage with around a quarter-of-an-hour left on the clock through substitute Danny Purkis - only on the pitch less than ten minutes - who headed home a Conor McMenamin corner.

The scoring was completed in stoppage time when Purkis doubled his tally for the evening from close range after taking one touch to control McCartan's lay off from inside the area. 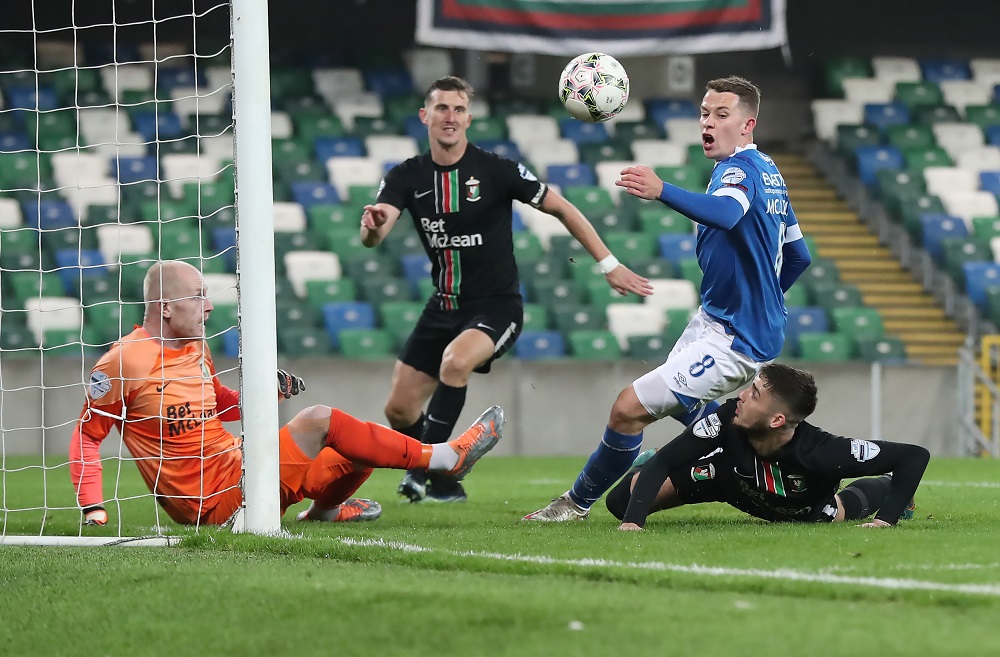 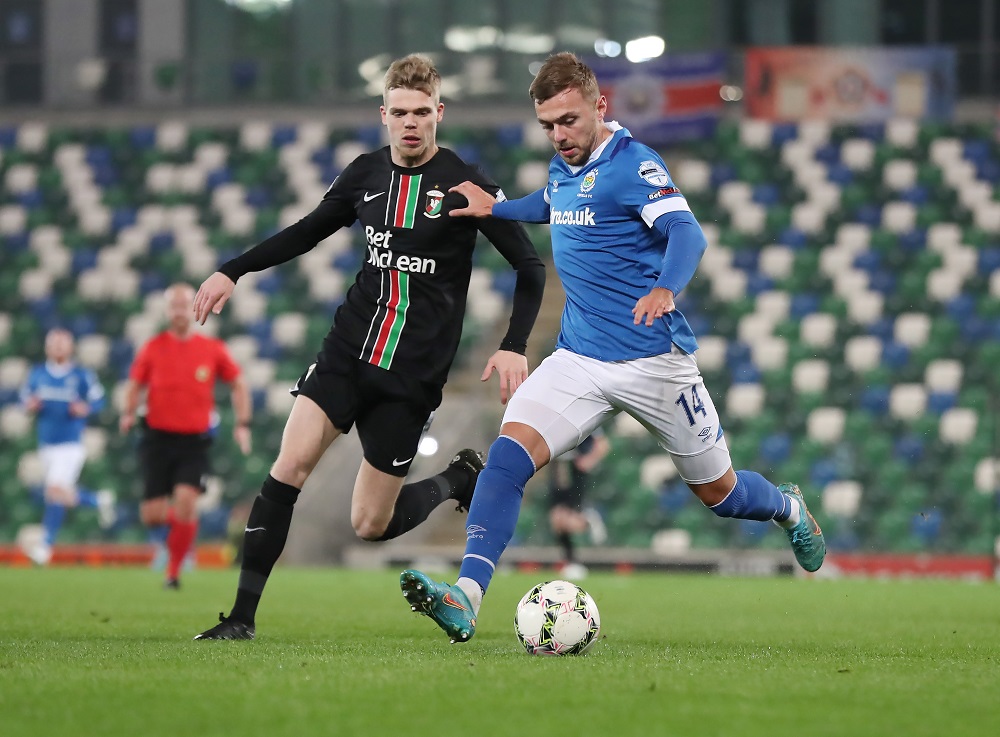 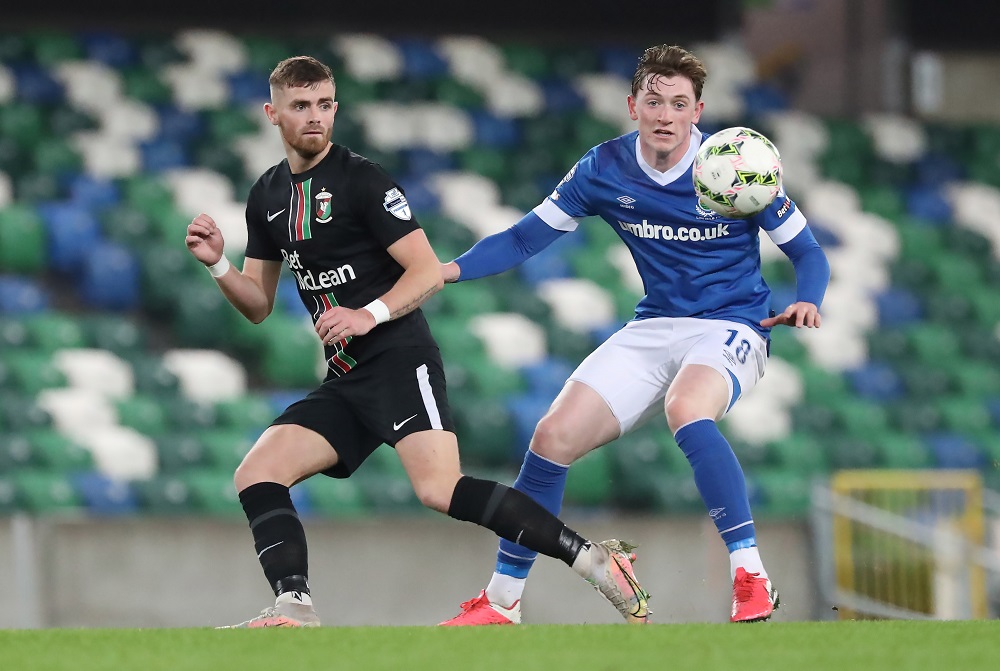 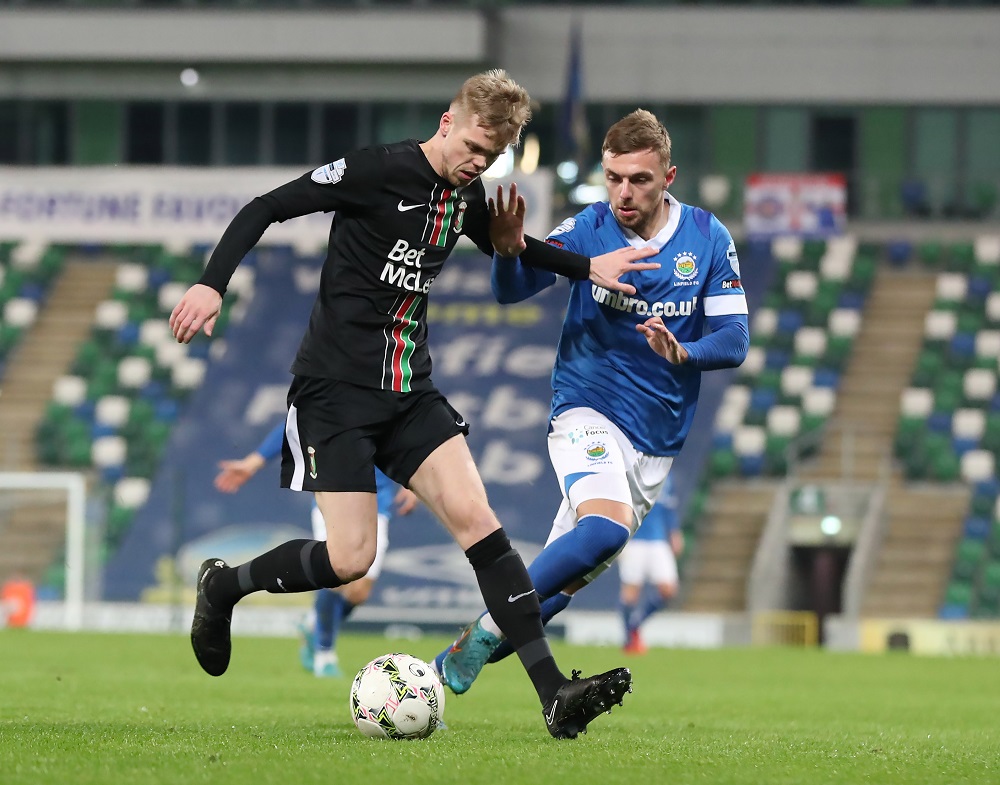 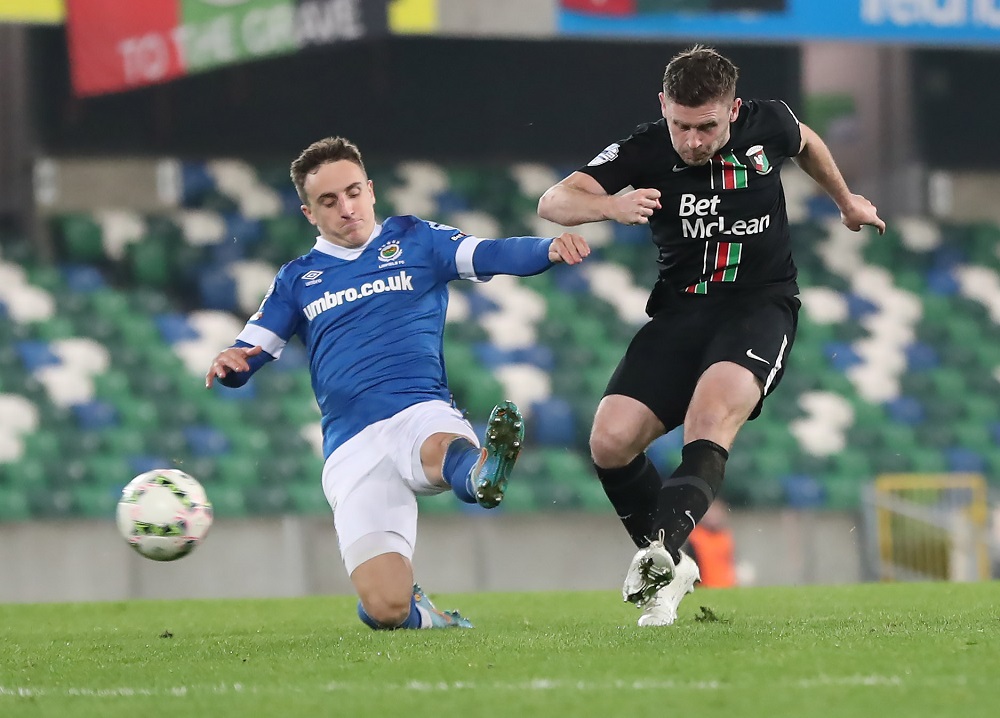 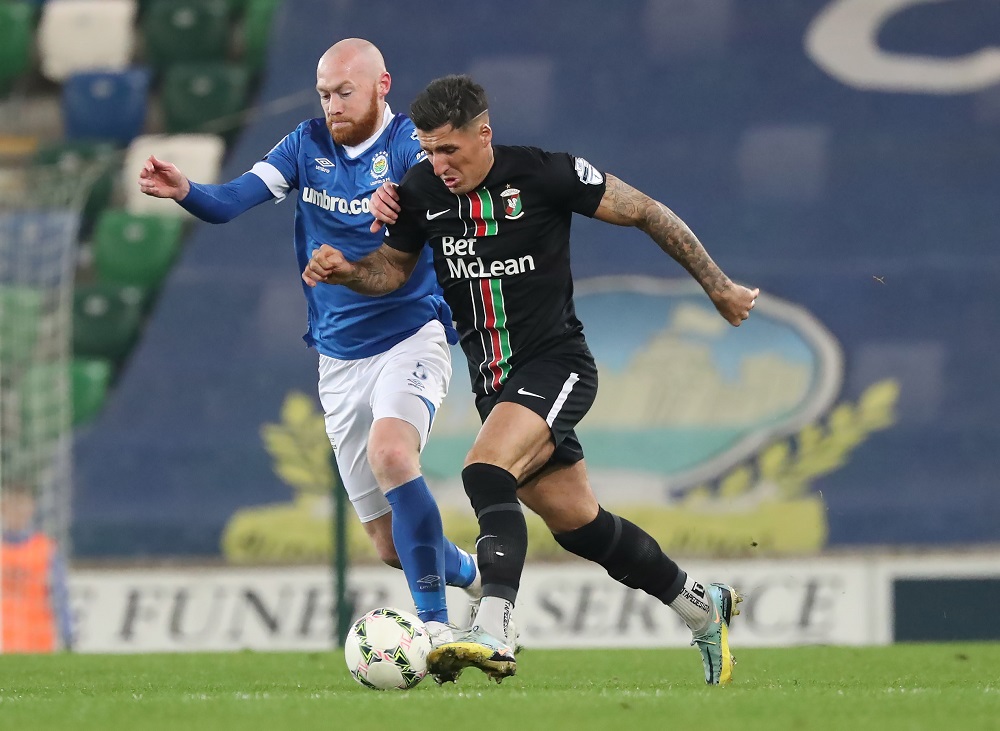