Crusaders moved into second spot in the standings courtesy of a two-goal victory over Dungannon Swifts at Stangmore Park.

It took the Crues less than 30 seconds to seize the advantage when Philip Lowry directed a close range header past Dwayne Nelson from McCauley Snelgrove's cross.

Dungannon's cause wasn't helped on 20 minutes when Garry Breen was dismissed by referee Tony Clarke following a foul inside the box on Lowry but from the resultant penalty Nelson correctly dived the right way to deny Adam Lecky.

Crusaders doubled their advantage three minutes into the second half after Jarlath O'Rourke's free-kick was knocked on by Chris Hegarty for Daniel Larmour to nick into the net despite Cahal McGinty's attempt to clear.

The Crues were awarded their second penalty of the game midway through the second half following a foul by Ethan McGee on Jonny McMurray but, for the second time, Nelson kept the spot-kick out this time taken by O'Rourke. 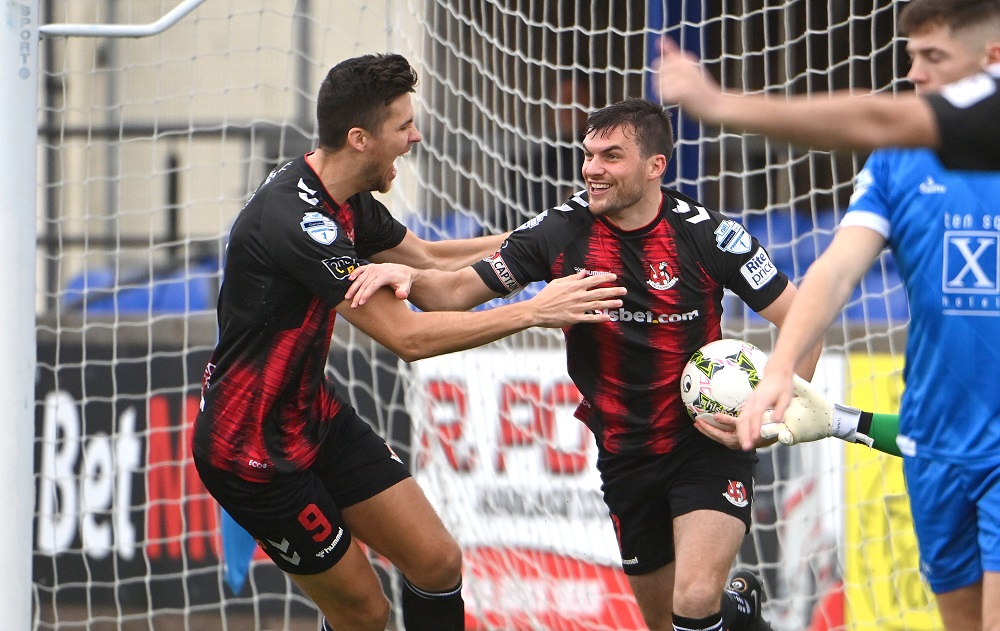 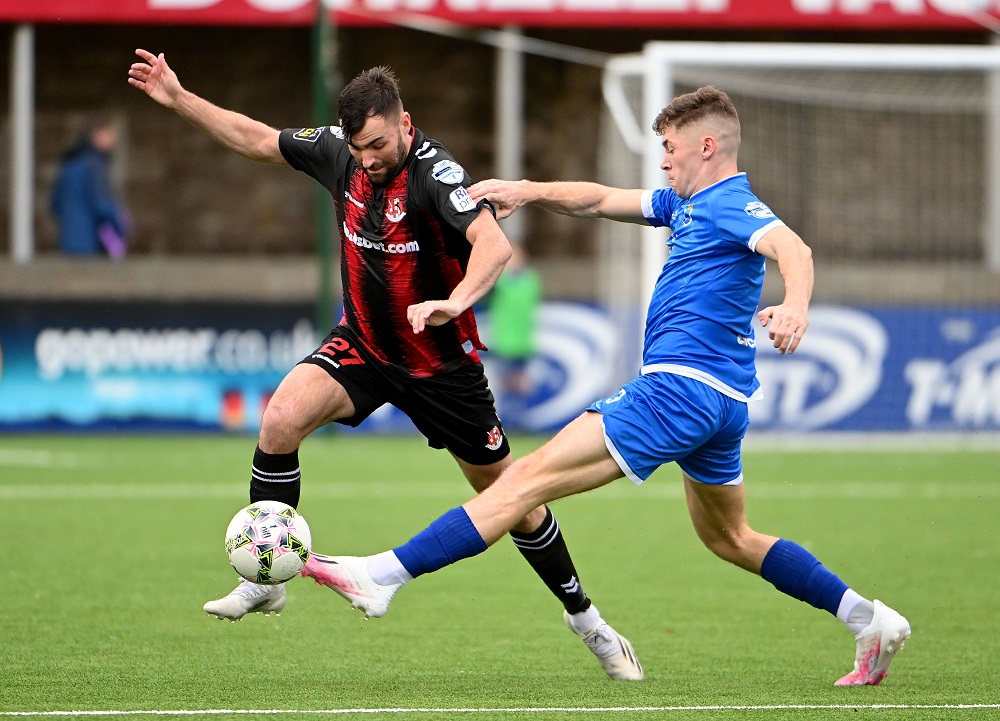 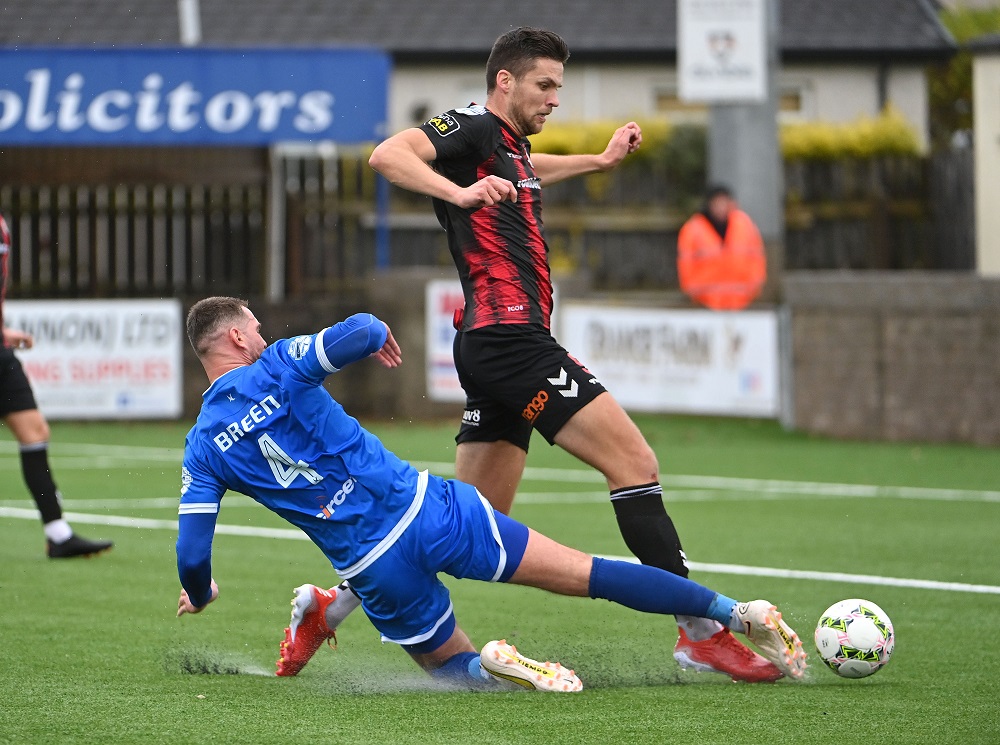 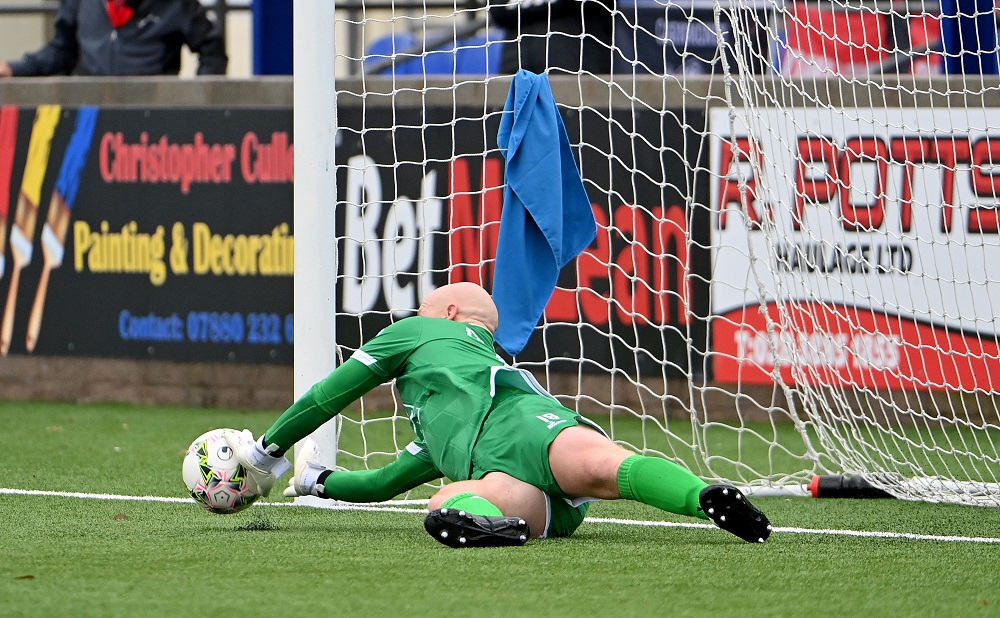 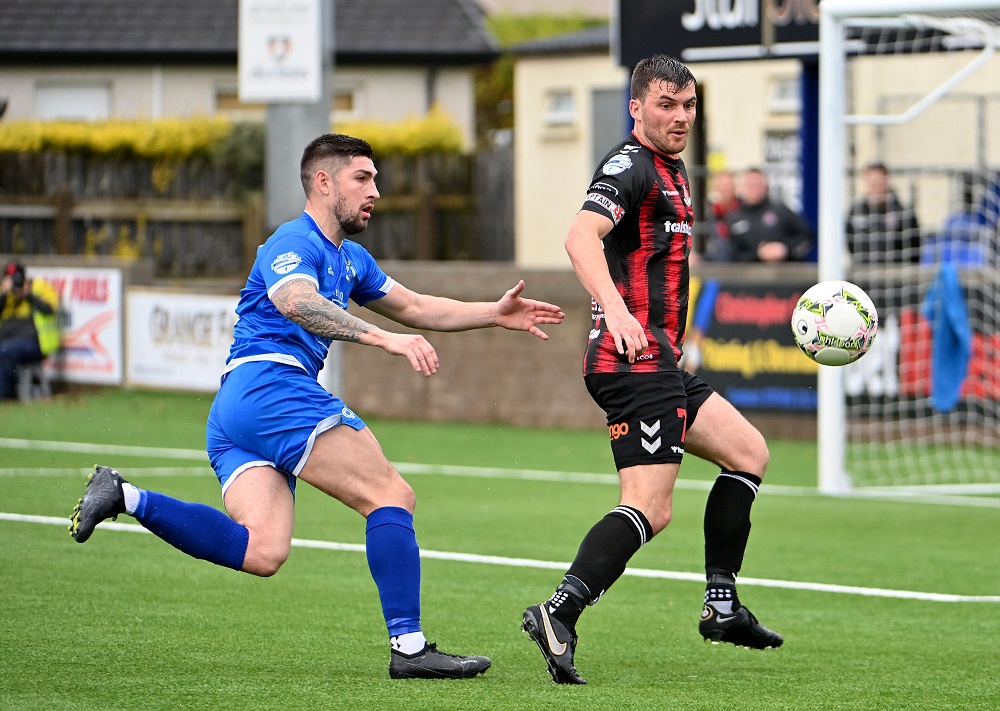 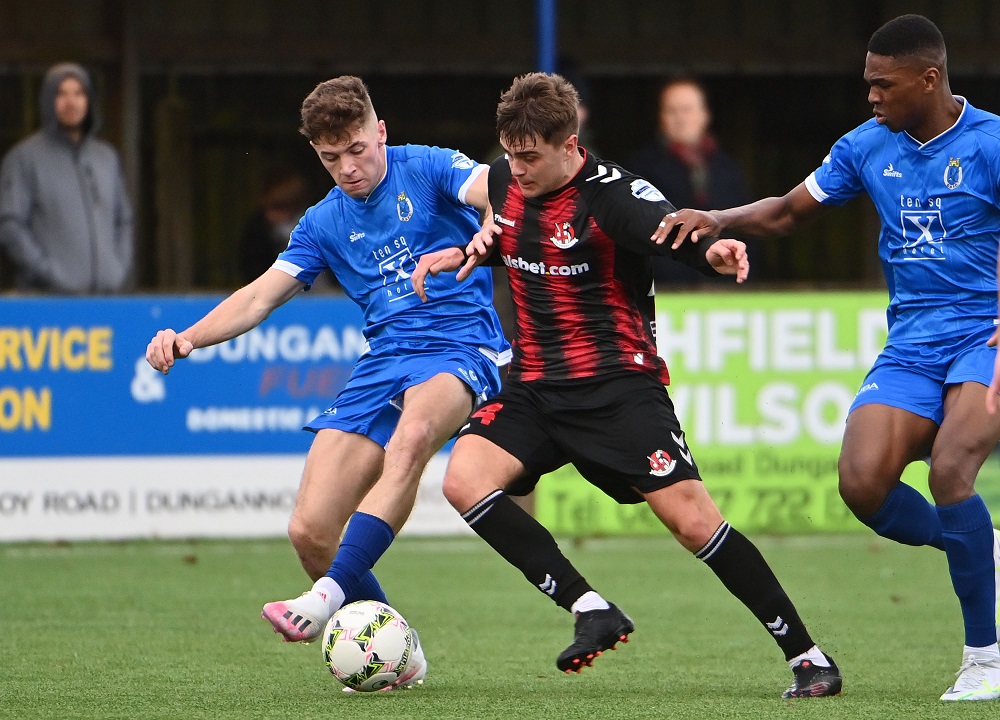