Glentoran returned to the top of the table following victory over Dungannon Swifts at the BetMcLean Oval.

The Glens had been knocked off the summit after Larne's overnight defeat of Crusaders but set about restoring their place after nine minutes when Jay Donnelly found the net on the follow up after seeing his initial spot-kick saved by Swifts keeper Declan Dunne.

Remarkably Dunne denied the Glens from the spot again a few minutes after that - this time from Conor McMenamin - but, on this occasion, the home side were unable to make the most of the rebound.

Dungannon levelled on 32 minutes in spectacular fashion through Gerardo Bruna who collected the ball in his own half and, spotting Aaron McCarey off his line, punted the ball forward and into the unguarded net.

Both sides had their chances as the game progressed but, on 68 minutes, McMenamin atoned for his earlier penalty miss with a low strike across the face of goal into the net.

The Swifts thought they had equalised moments later but Mayowa Animasahun's finish was ruled out following an infringement.

McMenamin made sure of the points for Glentoran with five minutes remaining after going one-on-one with Dunne and slotting into the bottom corner. 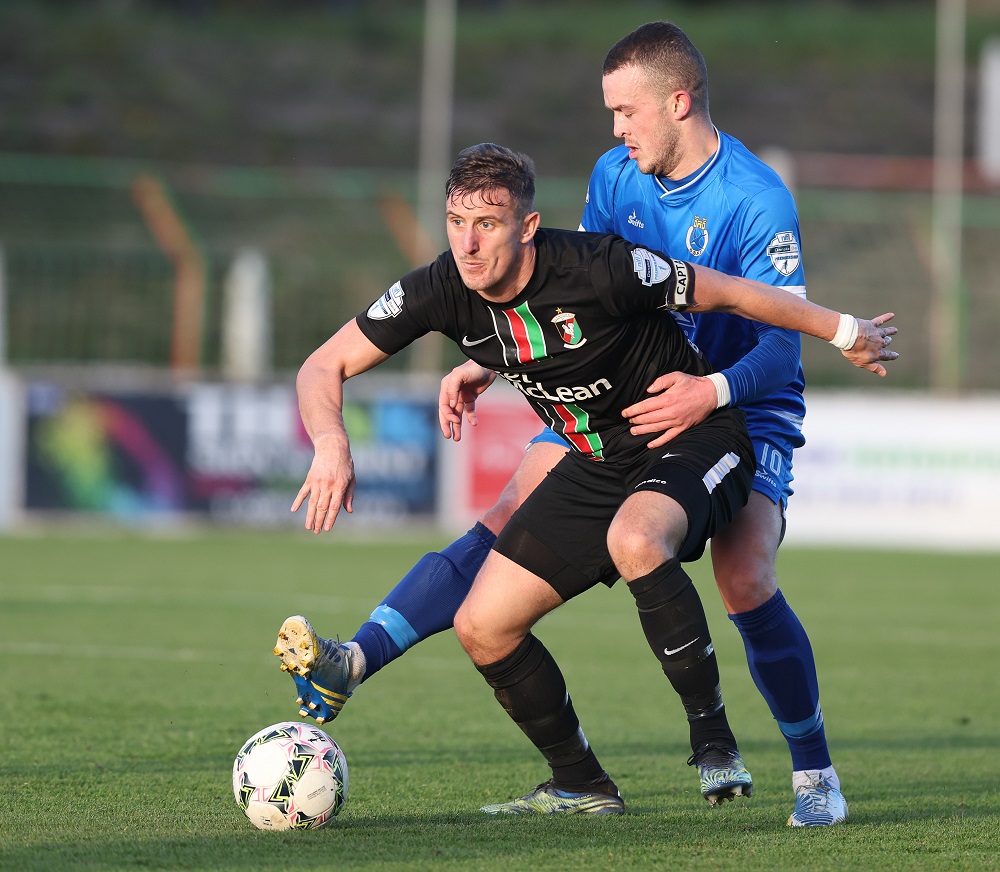 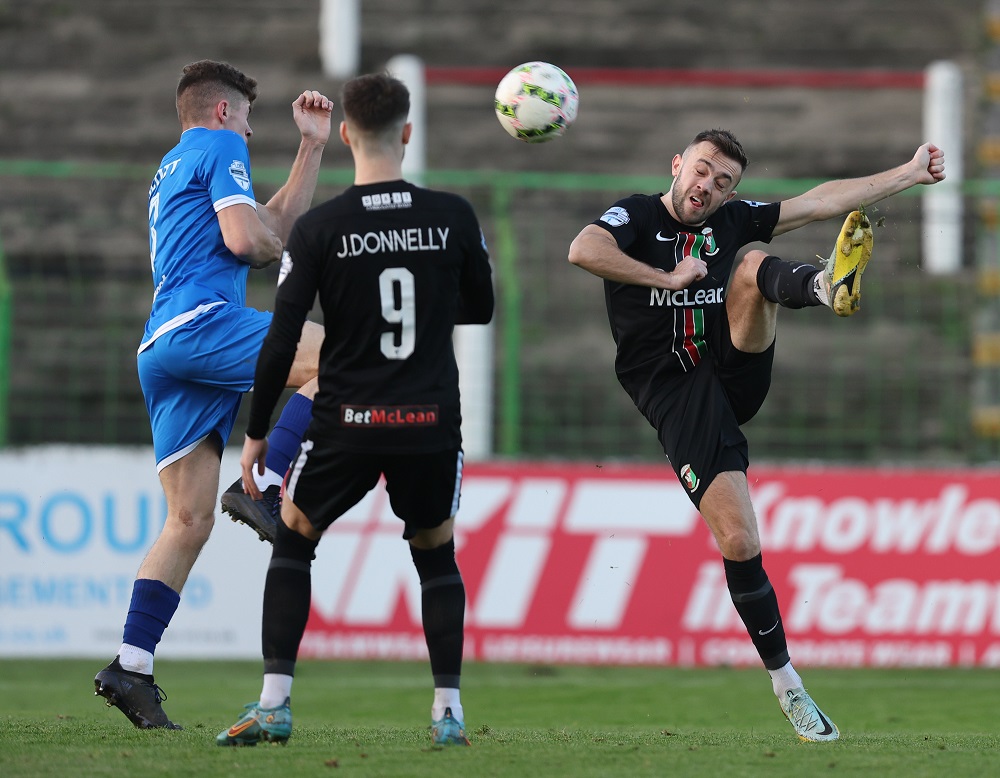 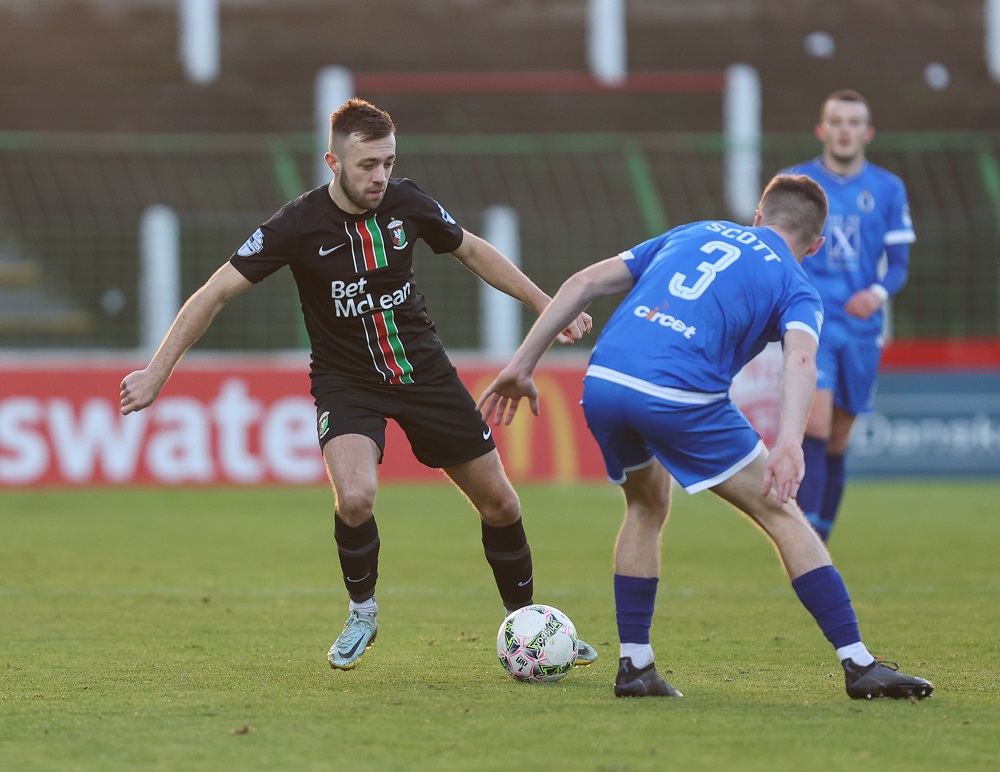 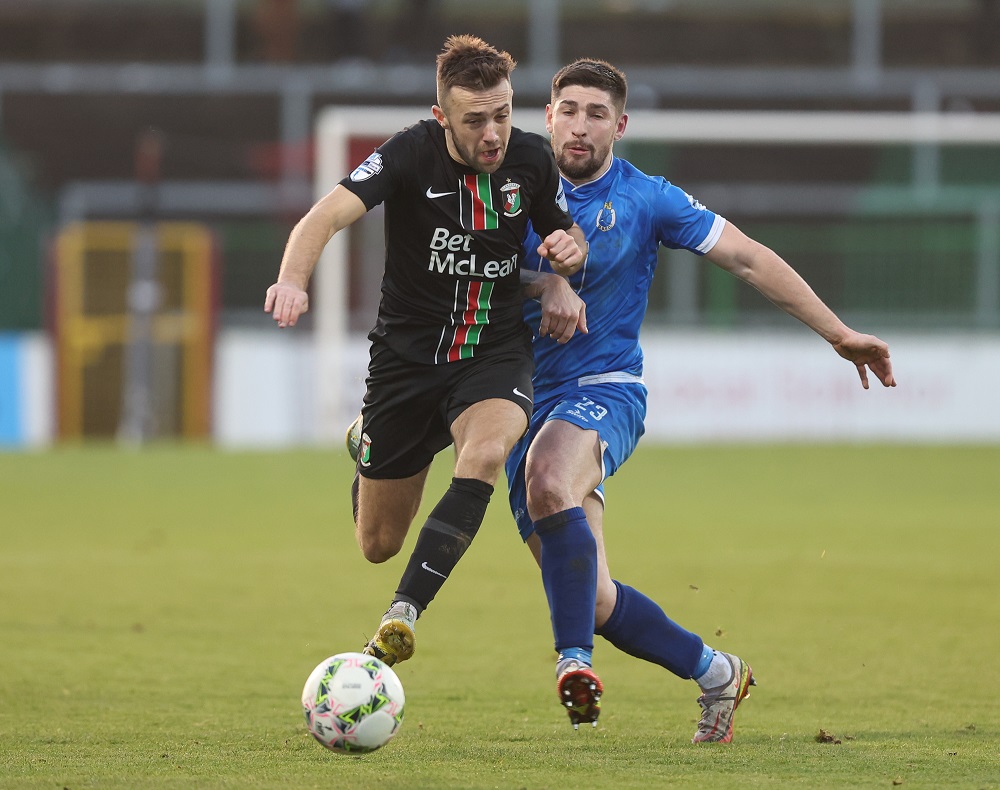 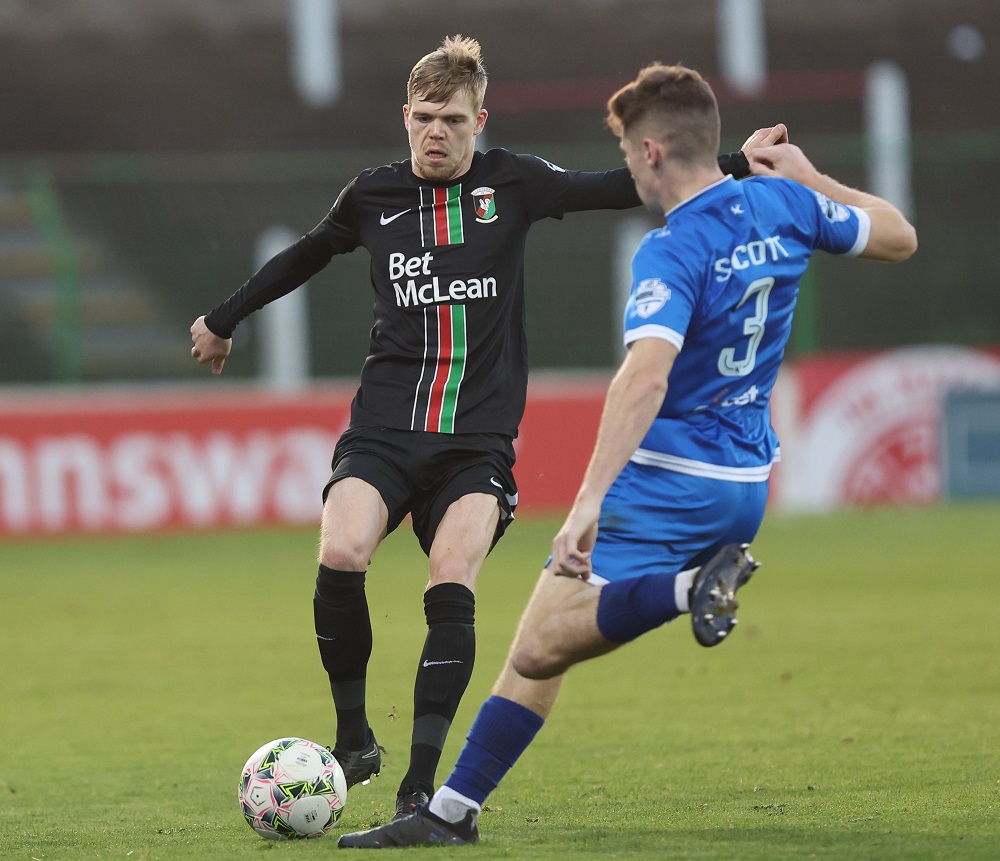 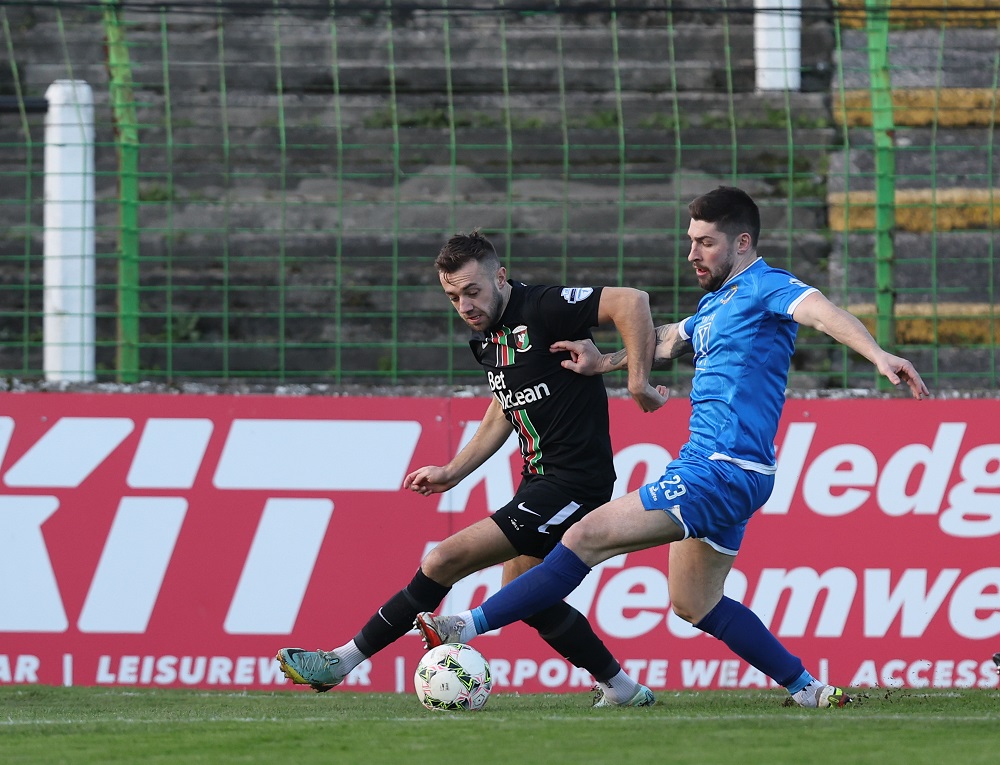