The Crues needed less than a minute to race into the lead after McCauley Snelgrove pounced on a mistake by Lyndon Kane to send a left-foot volley past Gareth Deane from just inside the area.

Philip Lowry made it 2-0 after 14 minutes. Again, from a defensive error, Jude Winchester laid the ball off for Lowry to roll into the bottom corner beyond Deane's reach.

Coleraine pulled one back on 39 minutes after a Stephen O'Donnell took a touch off defender Robbie Weir and past Jonny Tuffey into the net.

The Bannsiders might have levelled around the hour mark only for Matthew Shevlin to fire narrowly wide at the near post from Josh Carson's cross.

As the game ticked to a close James McLaughlin produced a diving save from Tuffey as Coleraine looked for the equaliser while, at the other end, Dean Ebbe was denied only by a timely tackle from Stephen Lowry. 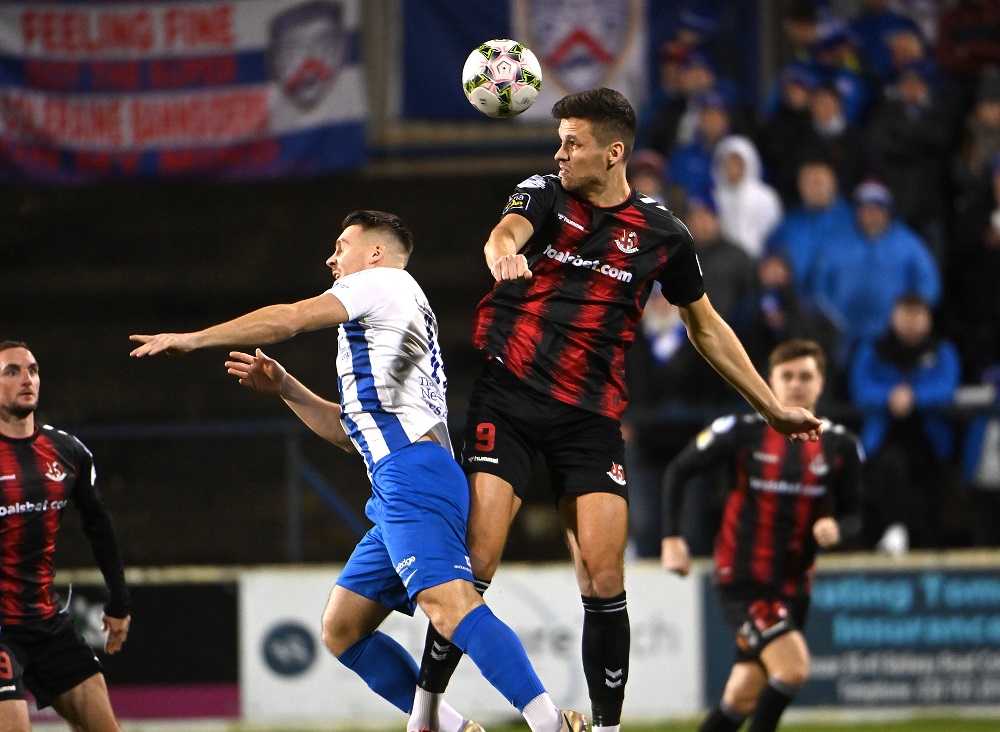 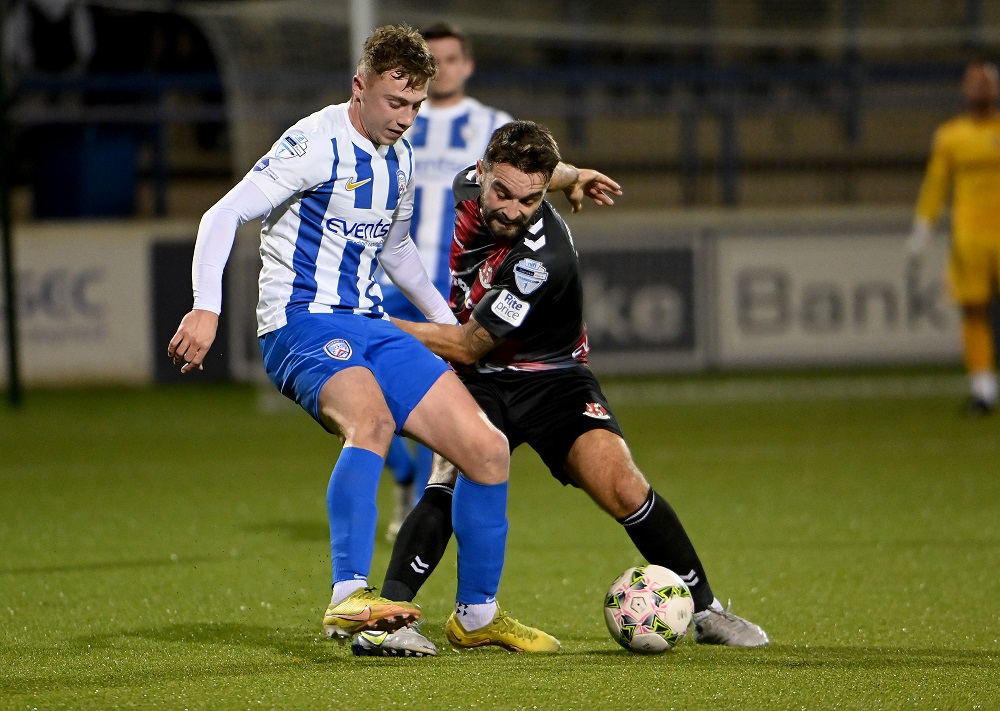 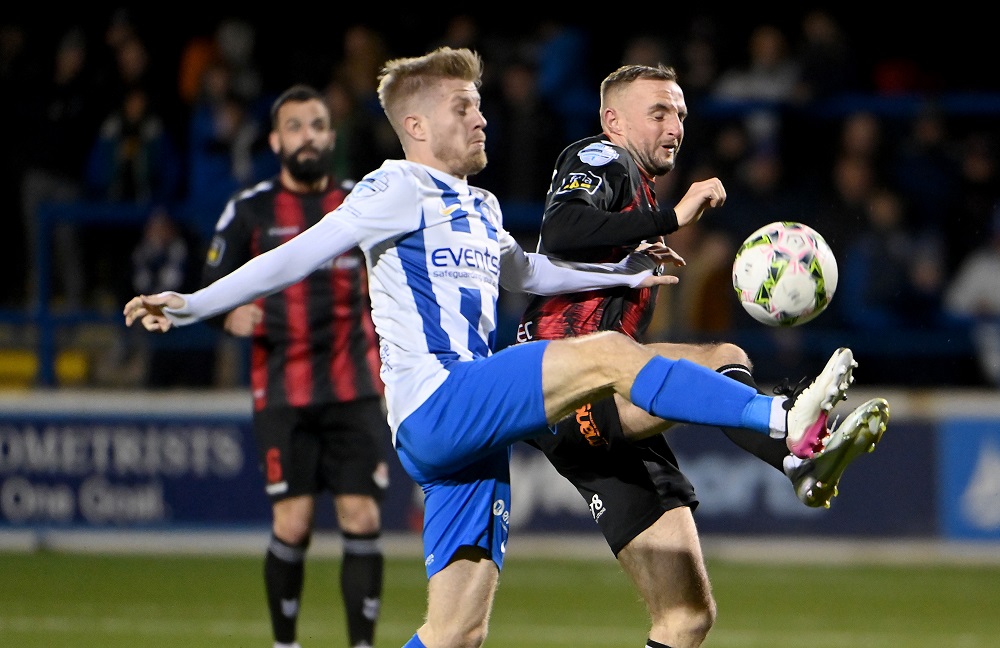 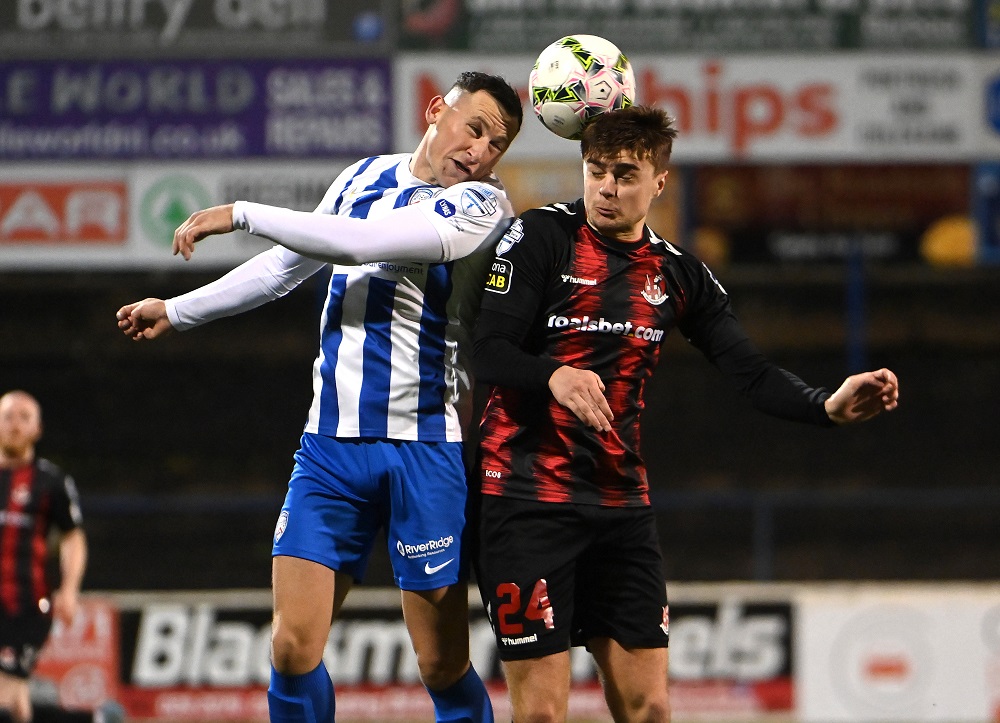 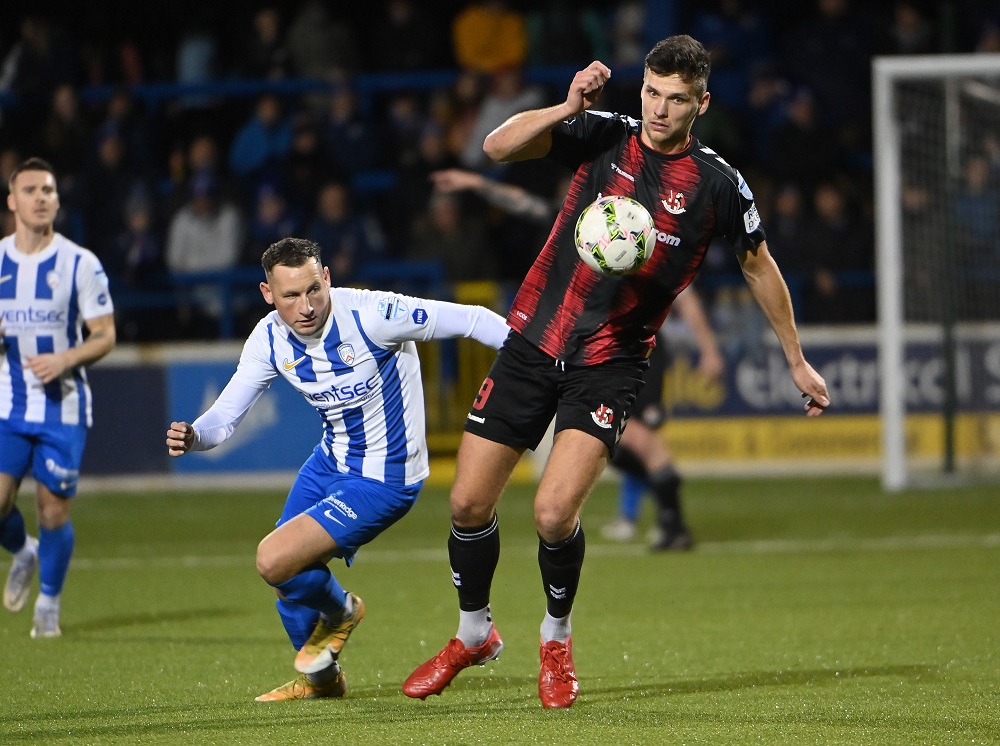 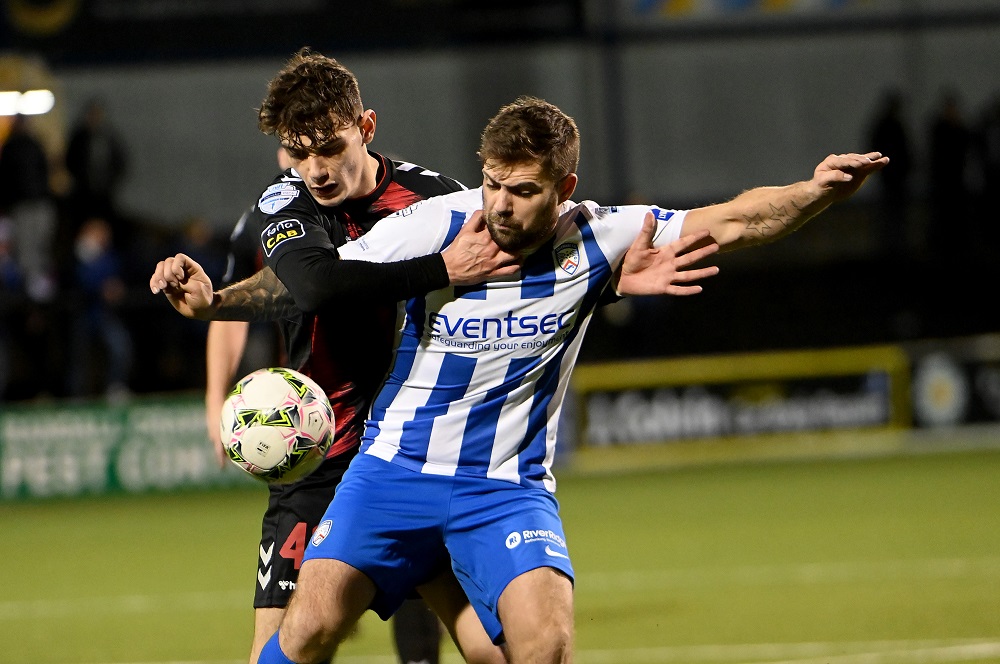