Second half strikes from Toni Leigh Finnegan, Kirsty and Caitlin McGuinness ensured Cliftonville Ladies extended their lead at the top of the table to five points over defending champions Glentoran Women.

In a first half of few chances, Glentoran’s Casey Howe glanced a header wide from Jessica Foy’s teasing cross and Lauren Wade forced a save from Reds goalkeeper Rachael Norney.

At the other end, Kirsty McGuinness was unable to beat Emma Higgins in the Glentoran goal after being played through one on one in the Reds’ best chance of the cagey opening period.

The game’s first goal would eventually arrive three minutes after the restart, as Finnegan curled home a free kick past Higgins, who was unable to keep the powerful strike out, despite getting a hand to it.

Kirsty McGuinness added a second just past the hour mark as she raced onto Finnegan’s lofted through ball before slotting past Higgins from close range.

Her sister Caitlin netted a third on 67 minutes, firing into the far corner through Higgins’ legs from a narrow angle in the box.

Glentoran were offered a route back into the game when captain Jessica Foy was brought down by Rachael Norney in the box.

The goalkeeper recovered however to produce a terrific reflex save to divert Foy’s penalty onto the crossbar, before Cora Morgan failed to hit the target from the rebound as the Reds held on for the win and clean sheet. 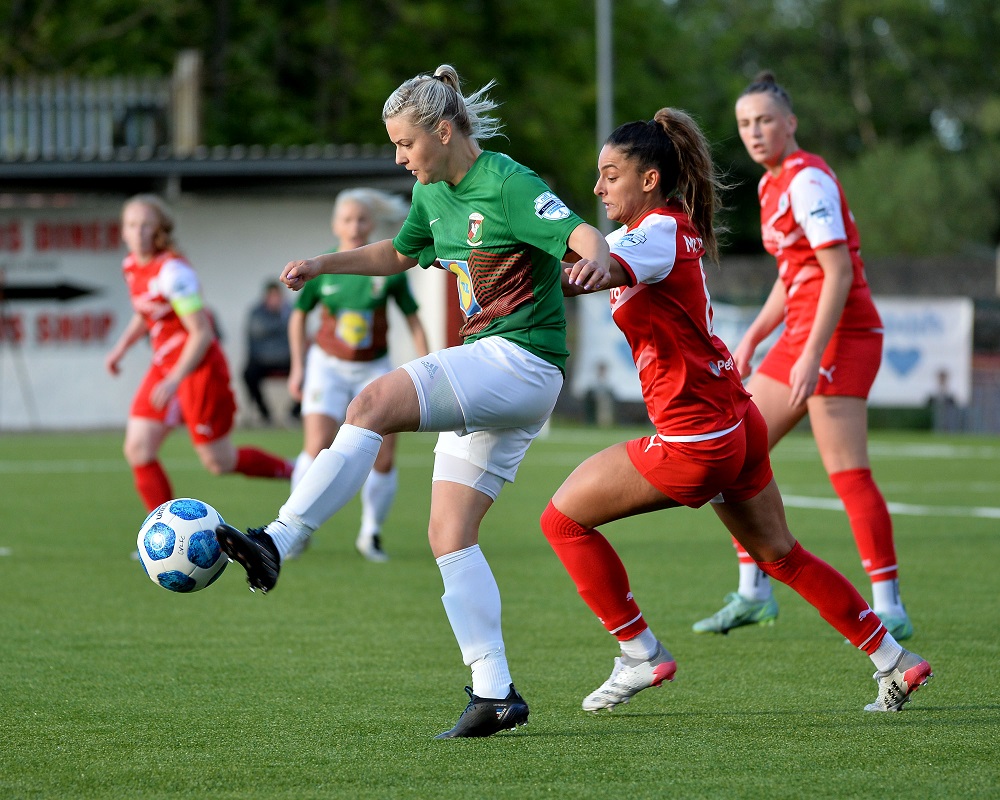 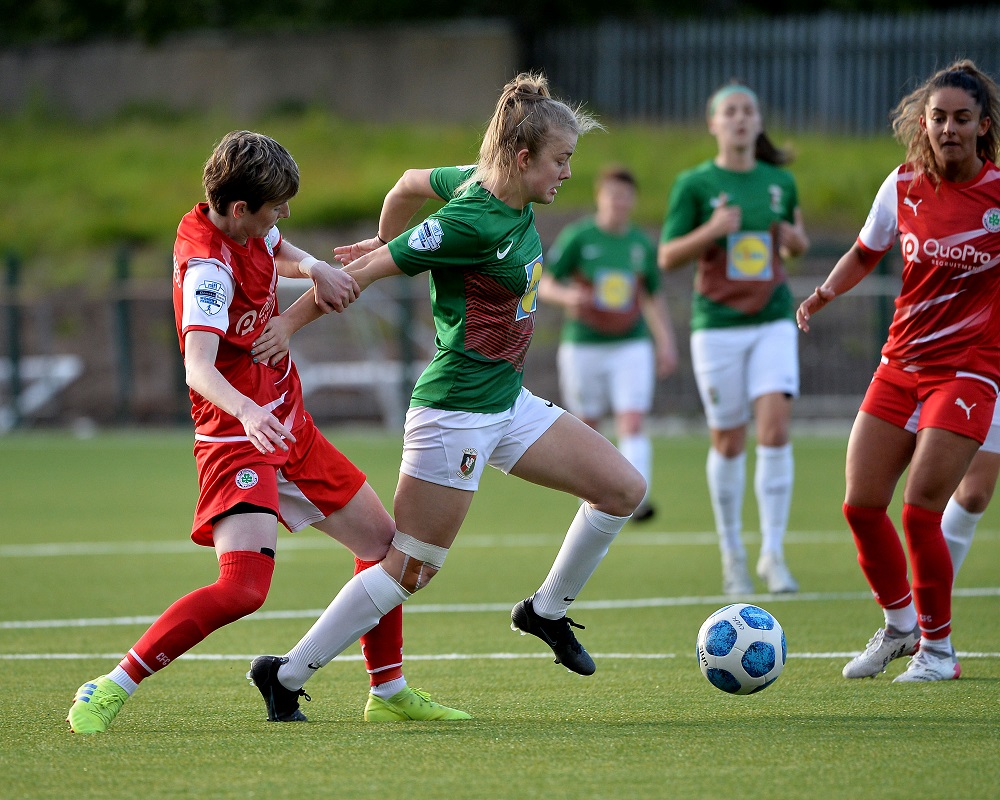 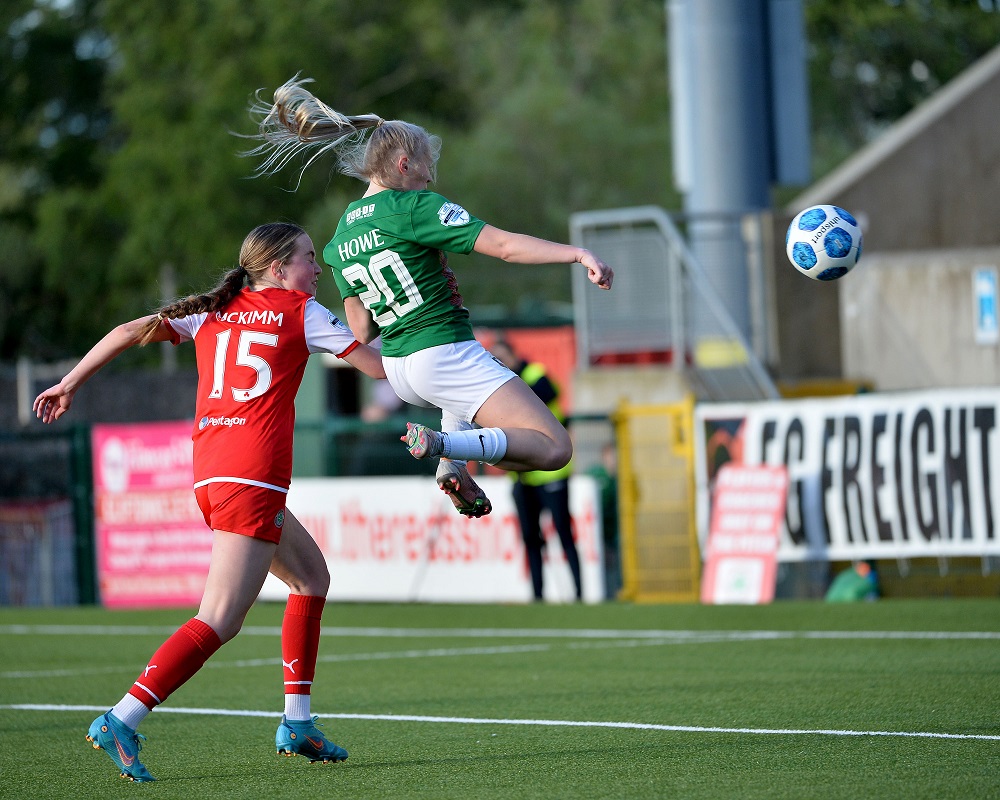 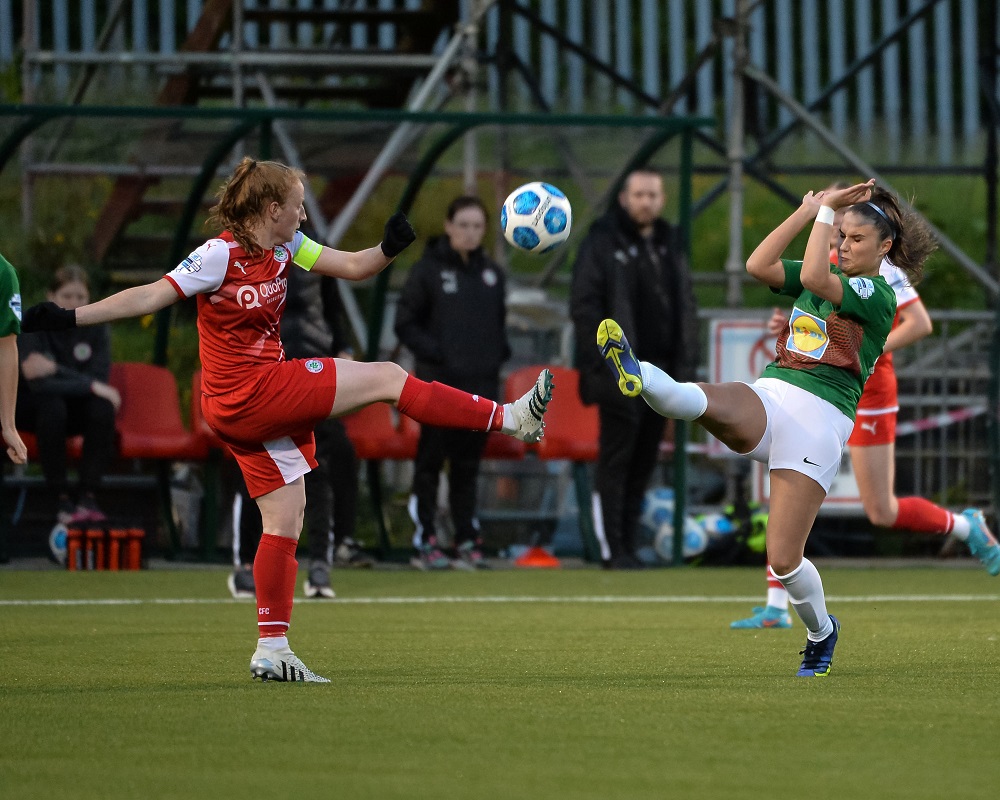 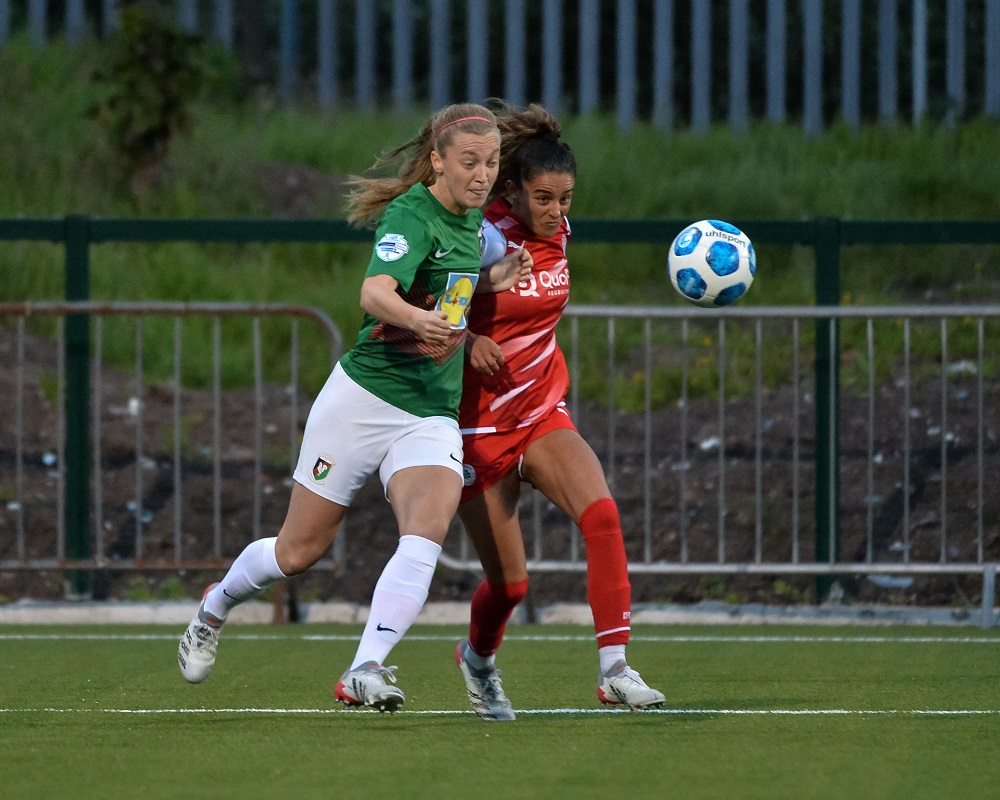 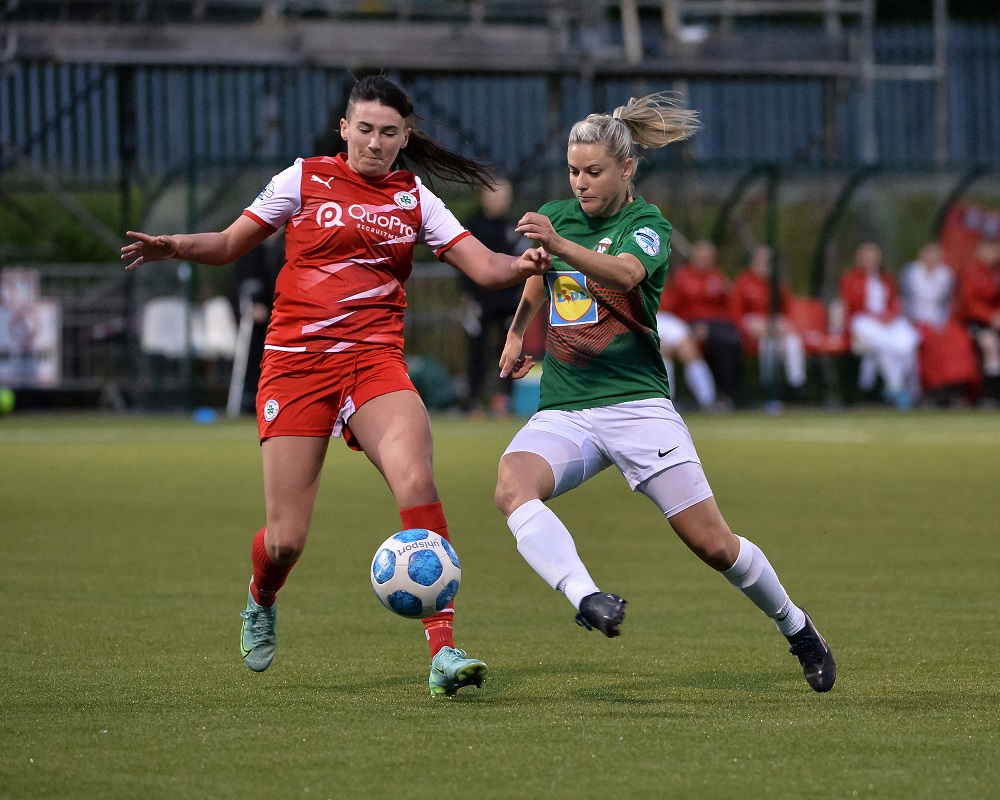