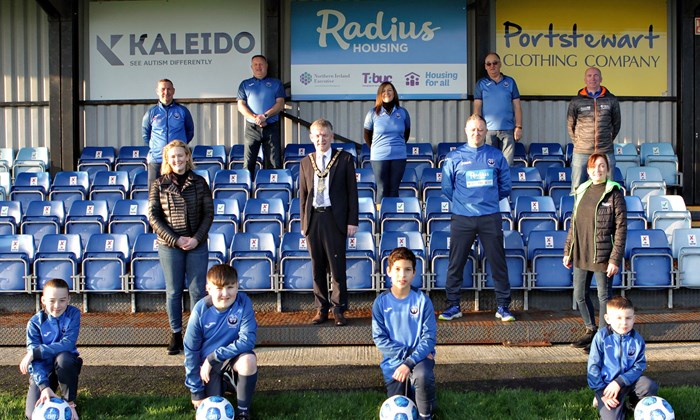 Portstewart Football Club is delighted to announce that RADIUS Housing has kicked off a new support programme with the club. 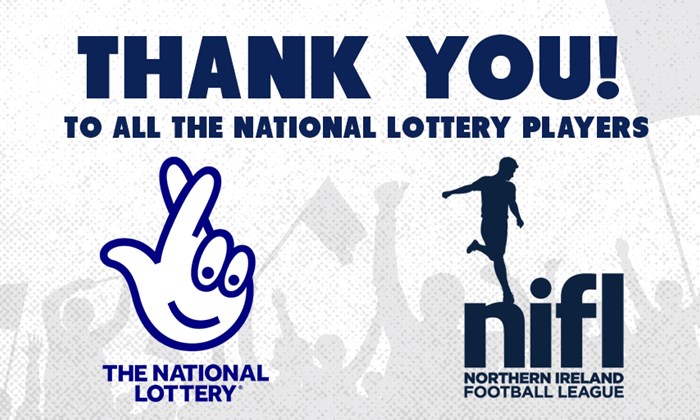 Portstewart Football Club is delighted to announce that RADIUS Housing has kicked off a new support programme with the club.

Founded in 1968, Portstewart spent their formative years in the Castlerock and Coleraine District League emerging as league champions in their inaugural season and quickly rose through the ranks in north-west junior circles, before switching to intermediate status at the end of the 1970s.
The Northern Ireland Intermediate League title was claimed in the mid-80s, alongside success in the Challenge and League Cups.
Affectionately known as the Seahawks, Portstewart continued to progress at a rate of knots, winning the IFA Intermediate Cup in 1994 and then, at the beginning of the century, making the step up to the Irish League, finishing 11th in their first season in the old Second Division.
After a few seasons of consolidation Portstewart pipped Ballinamallard United to the title in 2006, earning promotion to the second tier for the first time in club history.
However, the club were relegated after a couple of seasons before, at the end of 2015/16 they dropped out of the Irish League system altogether after finishing second bottom of Championship 2.
But, just a season later after once again lifting the Northern Ireland Intermediate League, Challenge Cup and League Cup, the Seahawks won promotion back to the Premier Intermediate League following a play-off victory over Dollingstown.